A Bumper Crop of Volunteers 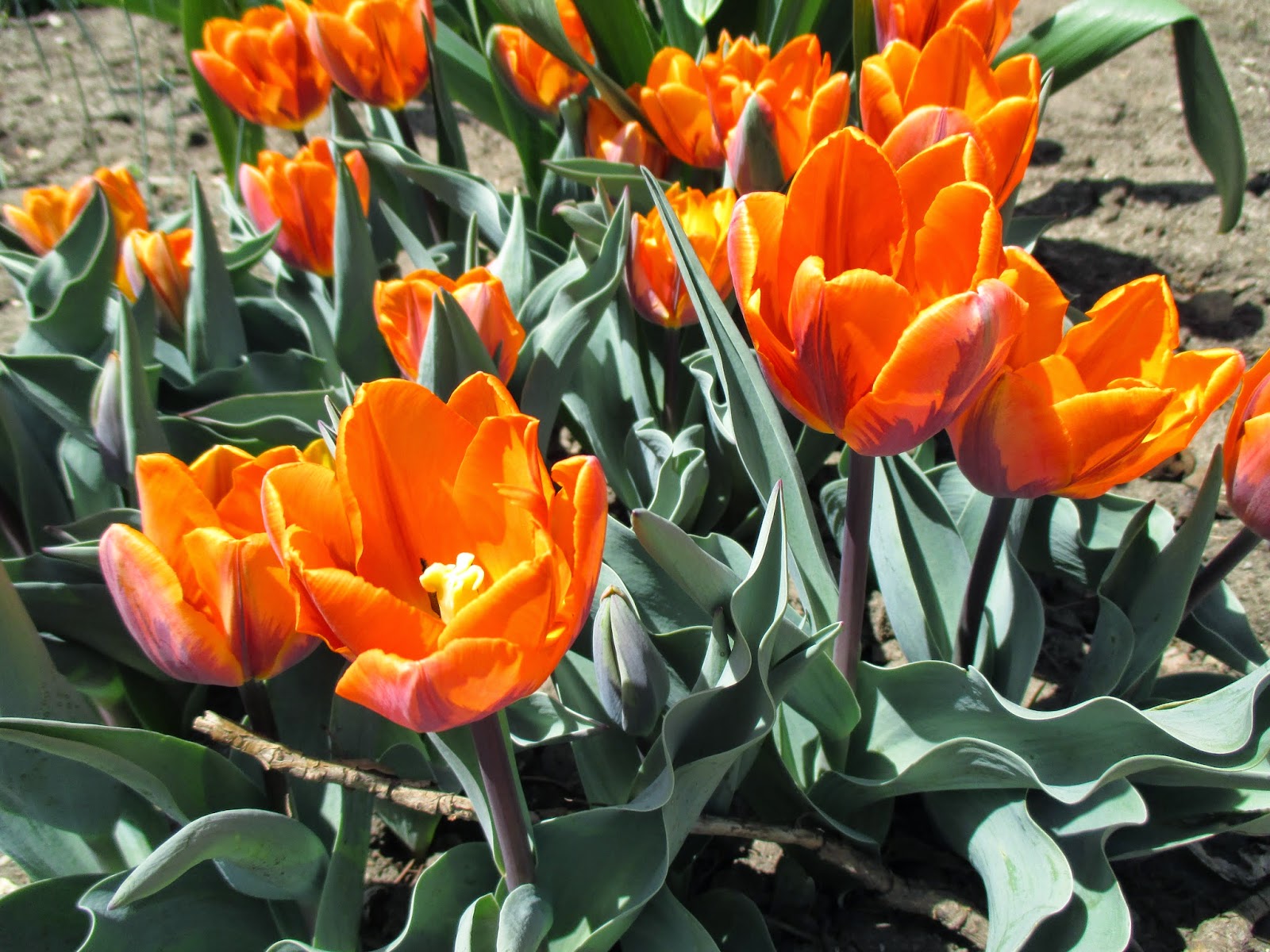 Today continued the trend of sunny days with temperatures around 60 degrees F.  The breeze was a bit chilly but refreshing.  We had a HUGE turnout of volunteers today and I bet we saw 40 different volunteers throughout the day.  The Grumpy and Grumpette population was impressive but we also had other volunteers helping in lots of different capacities.  Lots of gardening was accomplished as were myriad indoor tasks like painting and carpentry.  With the Spring Plant Sale coming up in a week or so, our duties will shift towards the preparation and facilitation of that event next week.  We’ll still have our Pansy/Compost Sale this Saturday (8 am until 12 noon) but will be focusing on our own planting very shortly after the plant sale.  We have been doing some minor planting recently (today included) but will be doing it “in earnest” very shortly.  Color abounds out in the gardens like that of the ‘Prinses Irene’ (correct spelling!) tulips (Tulipa) seen above.  The 3,000 tulips in front of the Parker Education Center should be at peak in a week or so with a strong representation of orange. 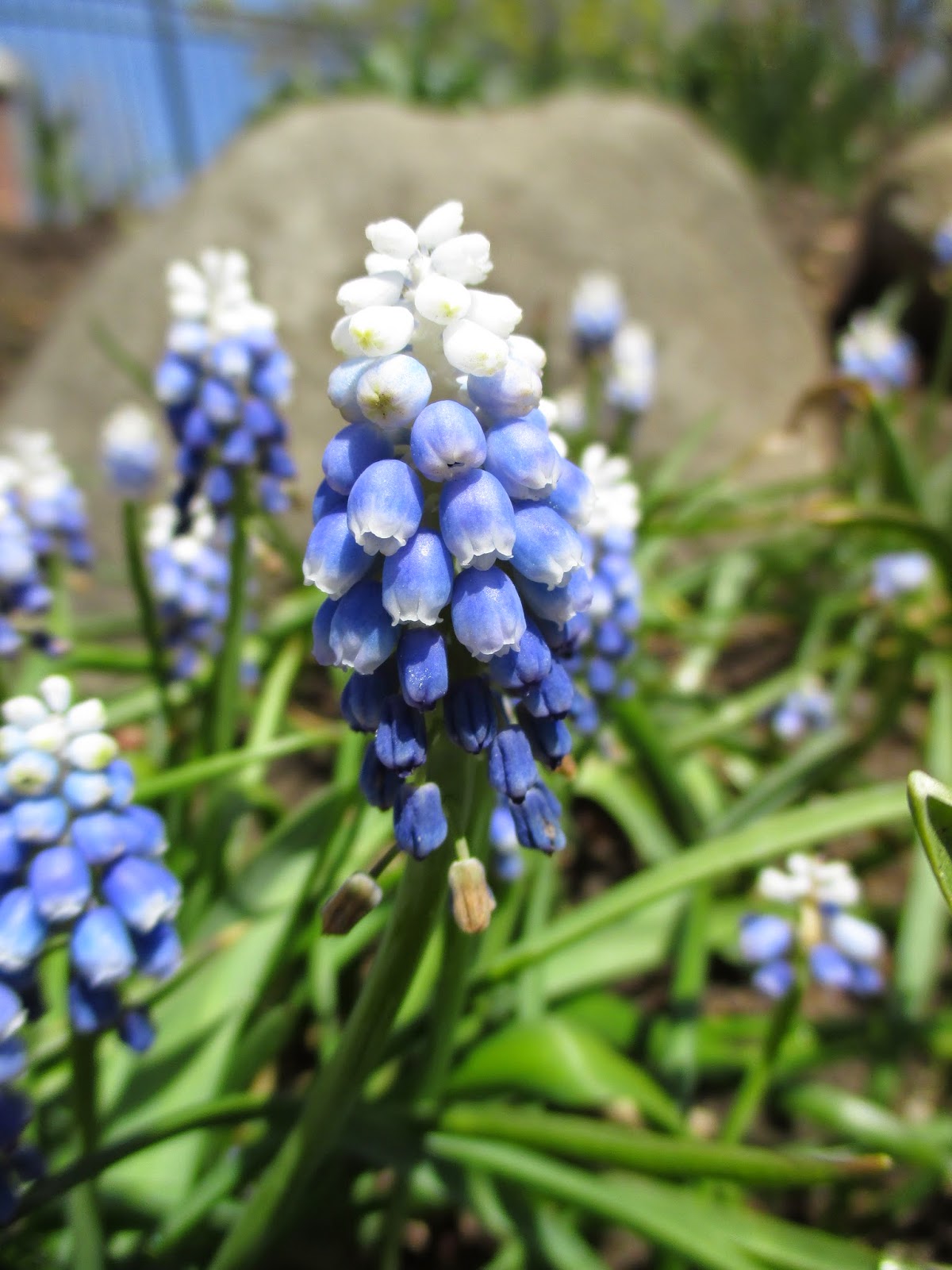 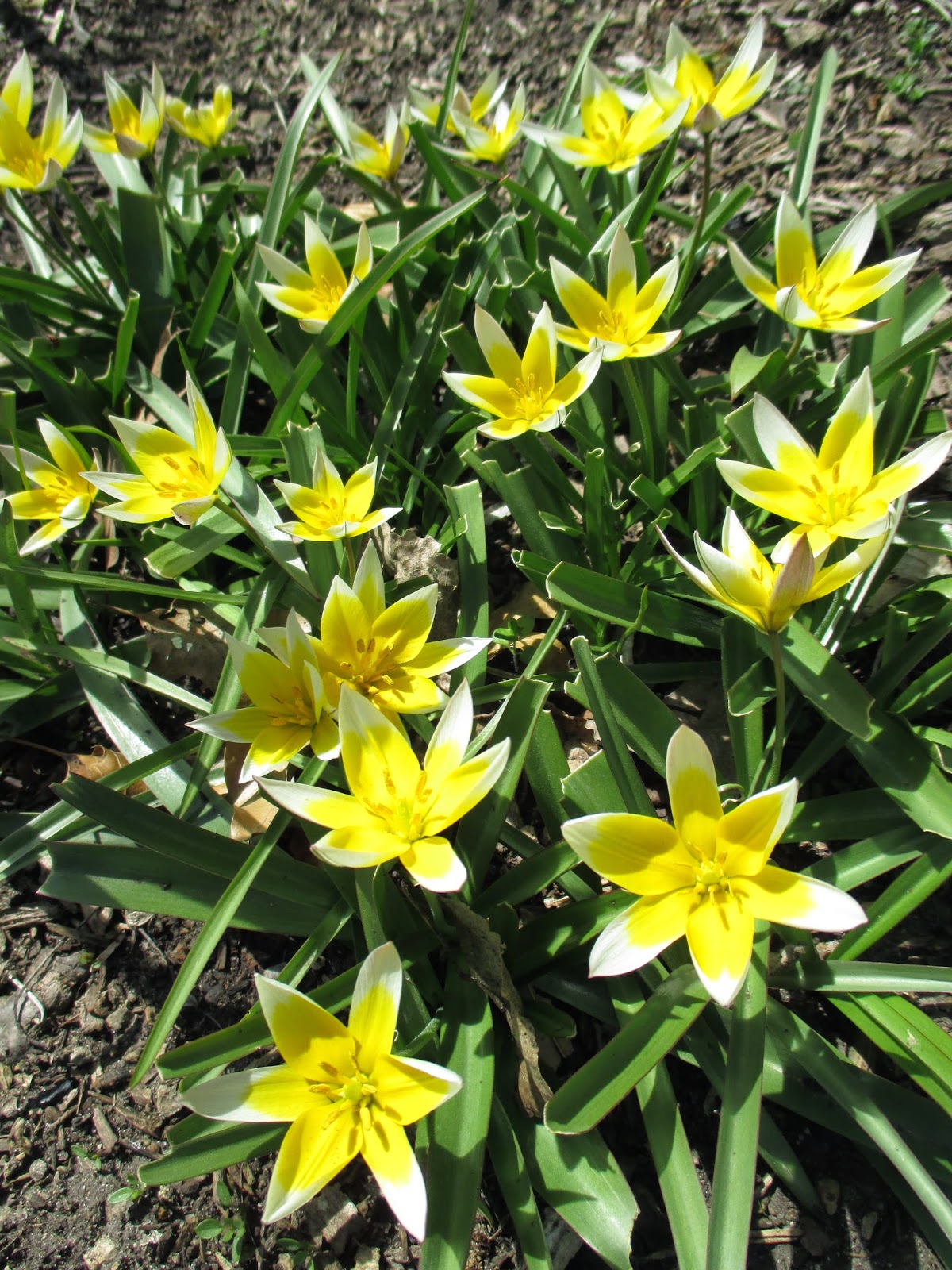 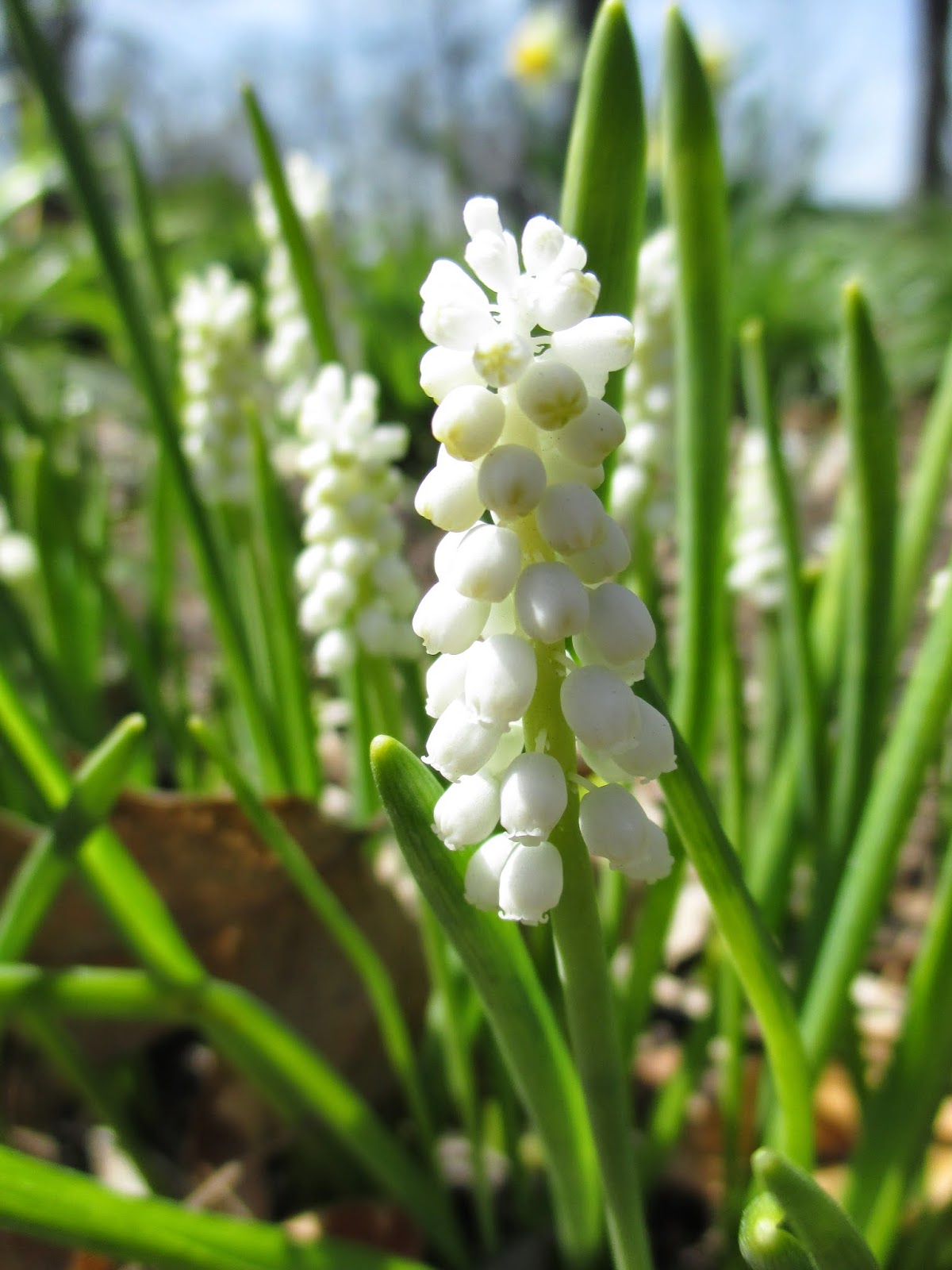 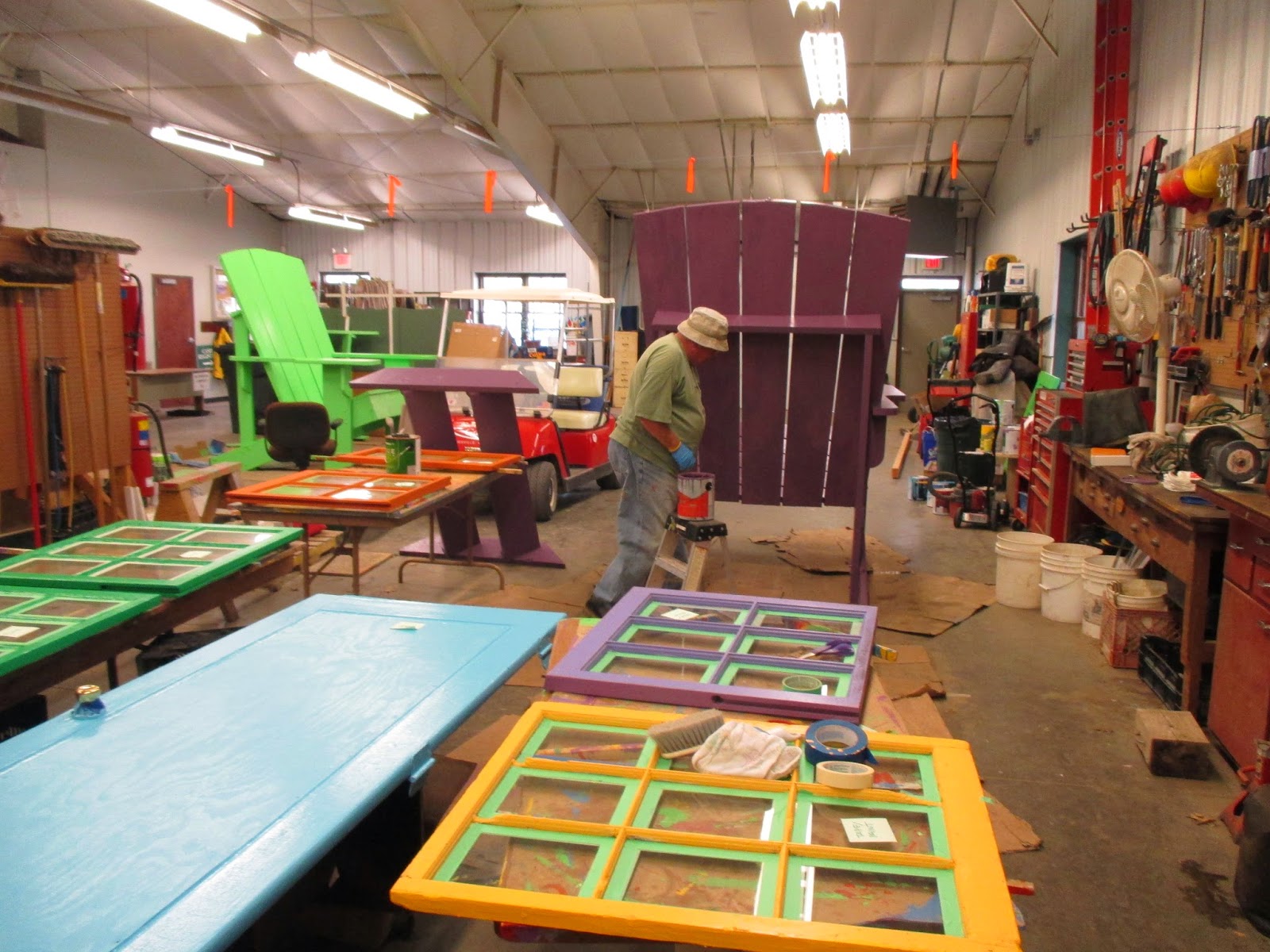 What an amazing group of volunteers today.  Where to start!?  I hope I don’t miss anyone.  Gary (above) was our painting guru this morning and was later joined by Gena, Myrt and Nancy (9th and 10th photos down) who started on our entrance garden pyramids (conversion from 2014 pink to 2015 red!).  Vern (below) worked on various carpentry projects with Dave, Ron Y. and Bob K.  The second photo down shows Alan (left) and Ron P. loading mulch for their arboretum project which involves weeding/edging all the tree circles and then applying fresh mulch.  The third photo down shows Sandy, Peg, Kathy and Bonnie.  This mulching quartet did a great job in the gazebo garden and Big John was hard pressed to keep up with delivering mulch for them!  Mary Ann G. (fourth photo down) worked in the Thomas Jefferson Collection which she also assisted with in 2014.  The fifth photo down shows Bob C. composting and along with Lloyd, Ron R. (sixth photo down) and Larry H. (not photogenic today), the guys composted some major areas and did a dynamite job.  Rollie (seventh photo down) mowed as did Dr. Gredler.  Doc also worked on some turf repair.  Dick H. hauled loads to the dump and worked on cutting/bending new plant label stakes.  Pat M. (eighth photo down) got his giant obelisk up with some help and is seen here getting it secured.  Hal and Doris (11th photo down) did a nice job in their area and both Joan and Corky were in to work on the front planting bed at the Horticulture Center (weeding and rototilling).  The Chestnut House volunteers (12th photo down) did a great job planting up tropical bulbs and headed out in the gardens for some work as well.  There were twelve helpers in this group and Janice helped get them going on their projects.  We also saw Maury (errands), Cheryl D., Leigh D., Dr. Yahr and many others!

Janice, Larry and Big John all had a wide range duties, many of which included helping get our volunteers efficiently organized and supplied.  The grounds crew also did tidying, planting, fertilizing, watering, mowing and a wide range of activities.  The brevity of my description of grounds staff accomplishments shouldn’t minimize the amount of work they accomplished.  I was able to get outside for a bit to mark locations for new trees and shrubs but find the Spring Plant Sale needs at my desk becoming more vital for my attention.  Great day! 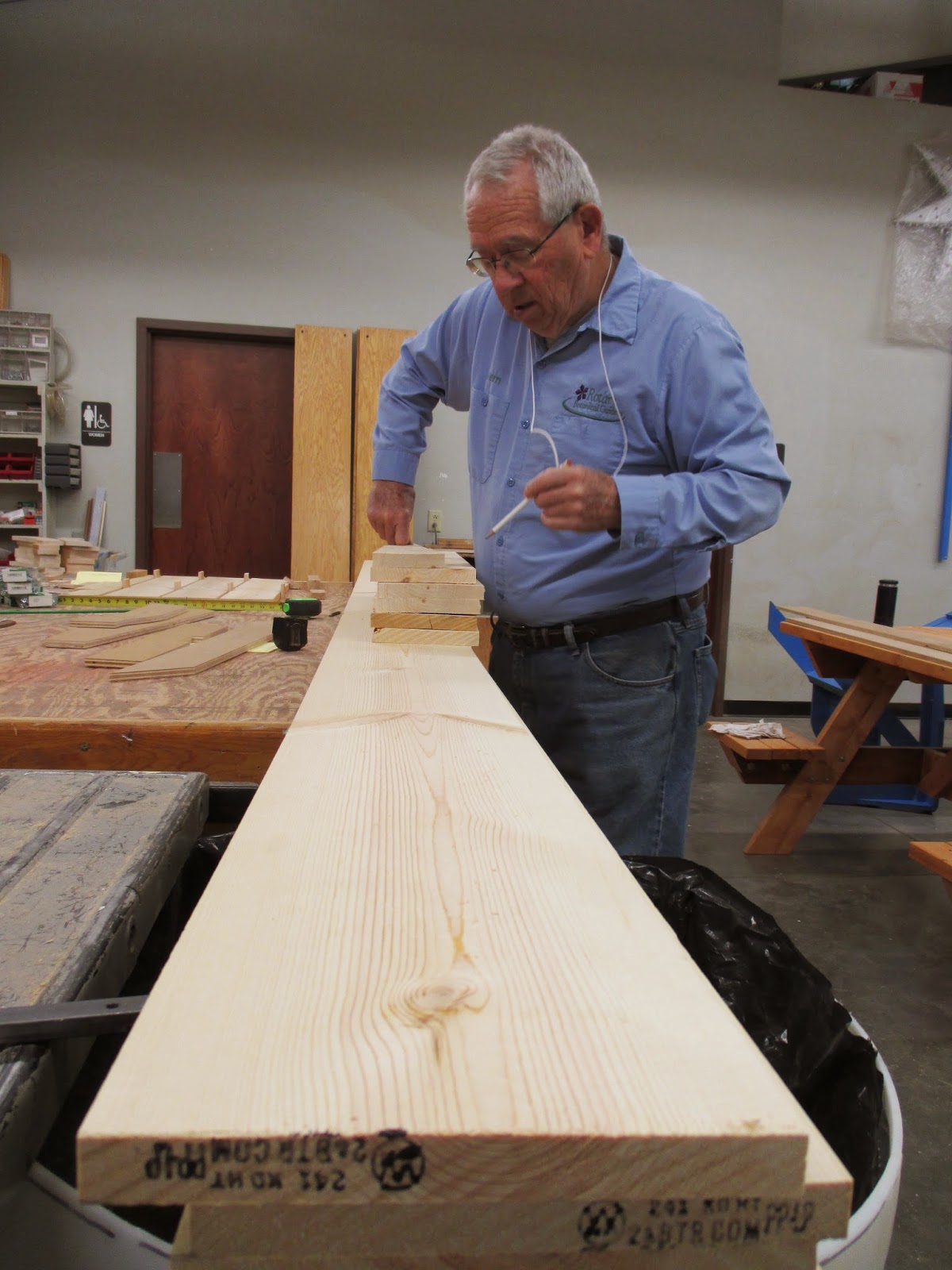 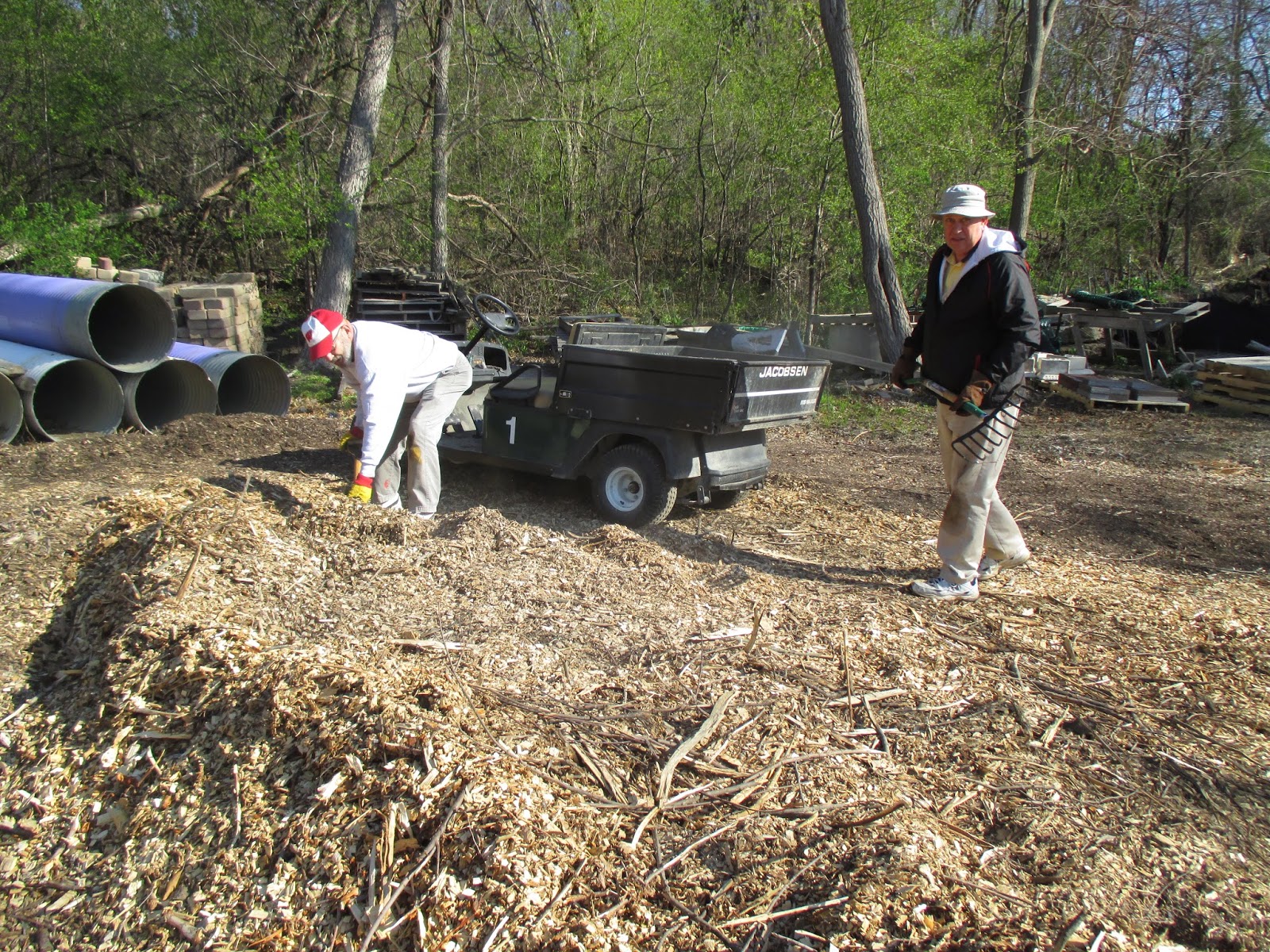 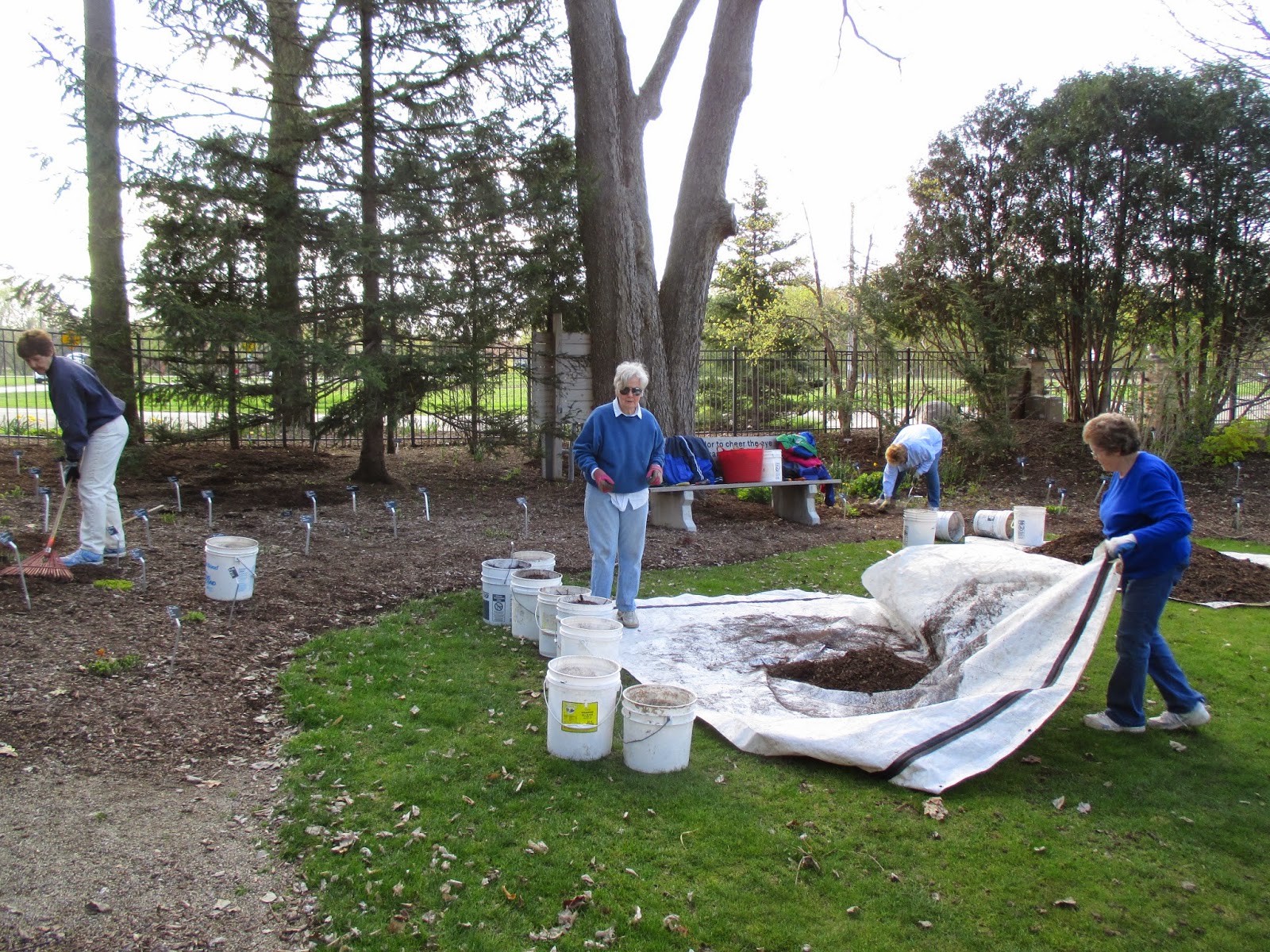 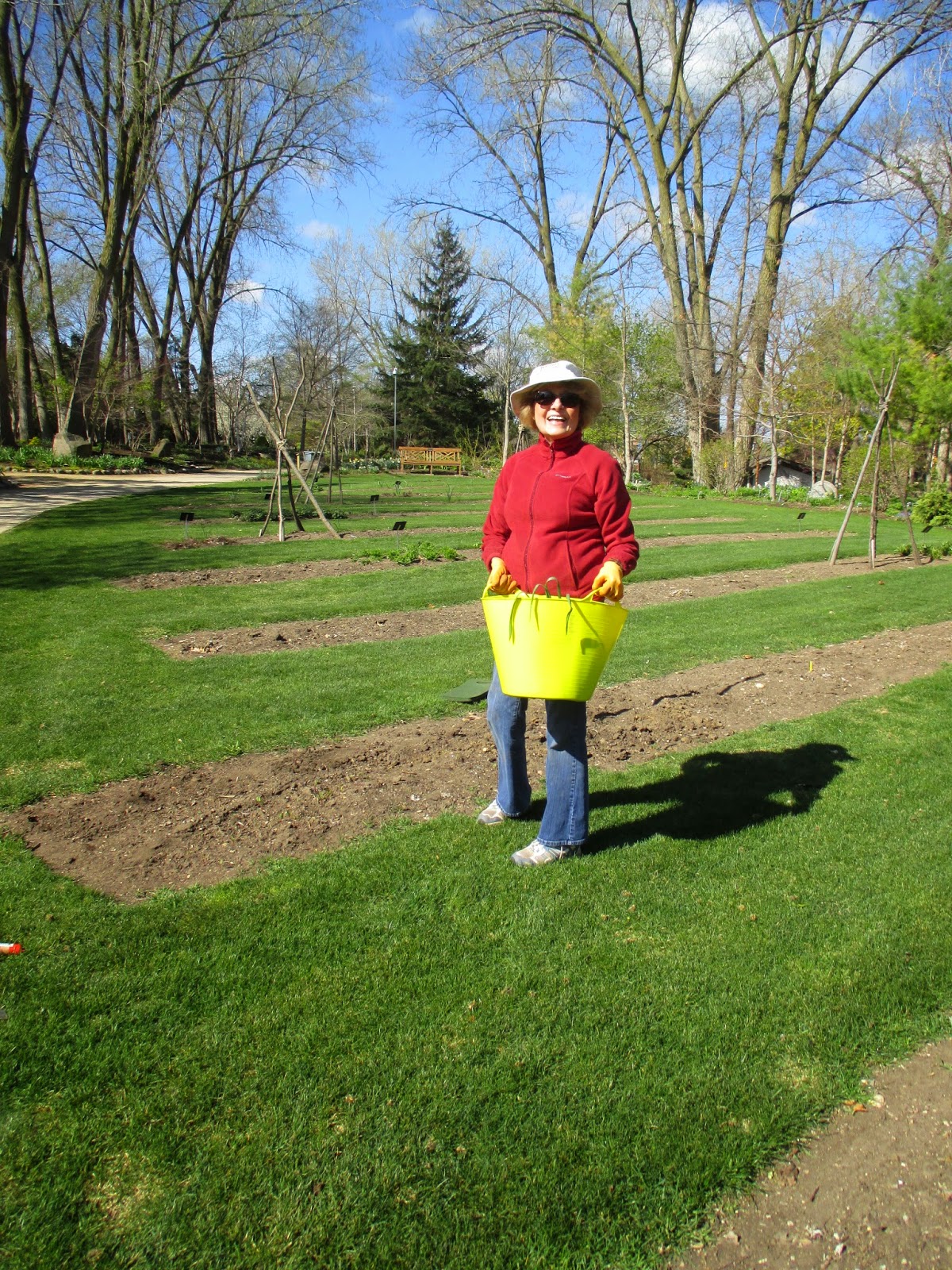 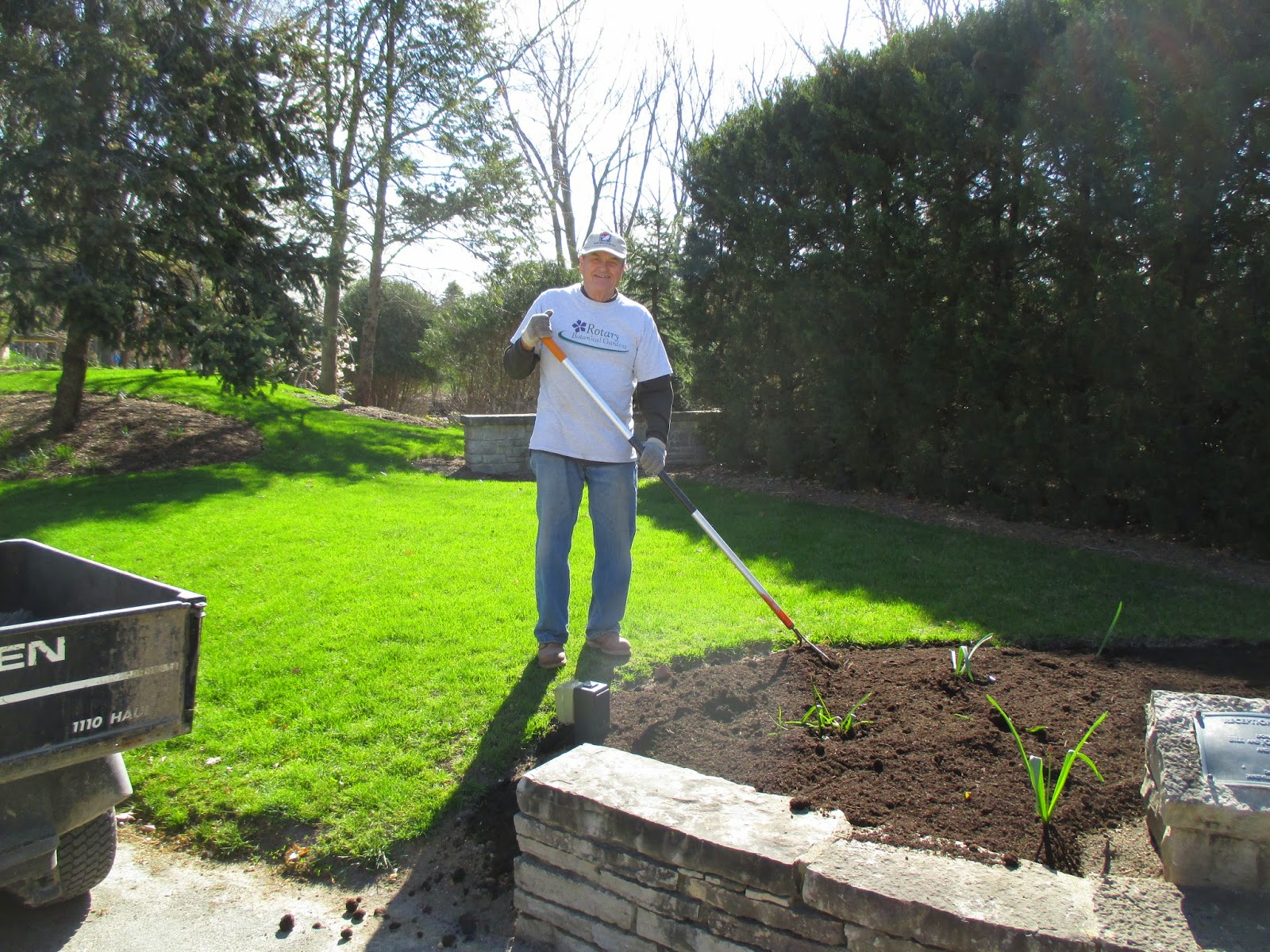 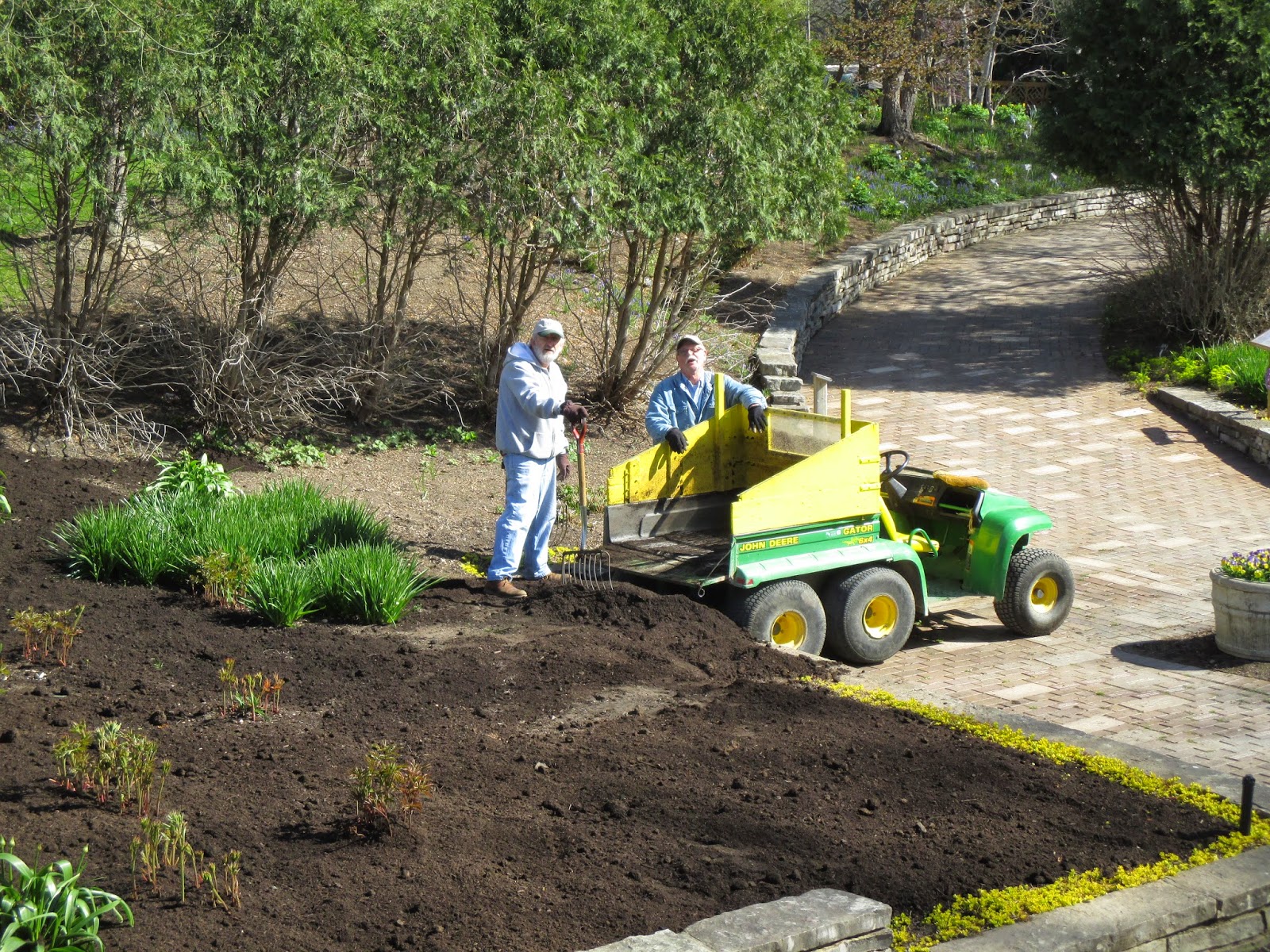 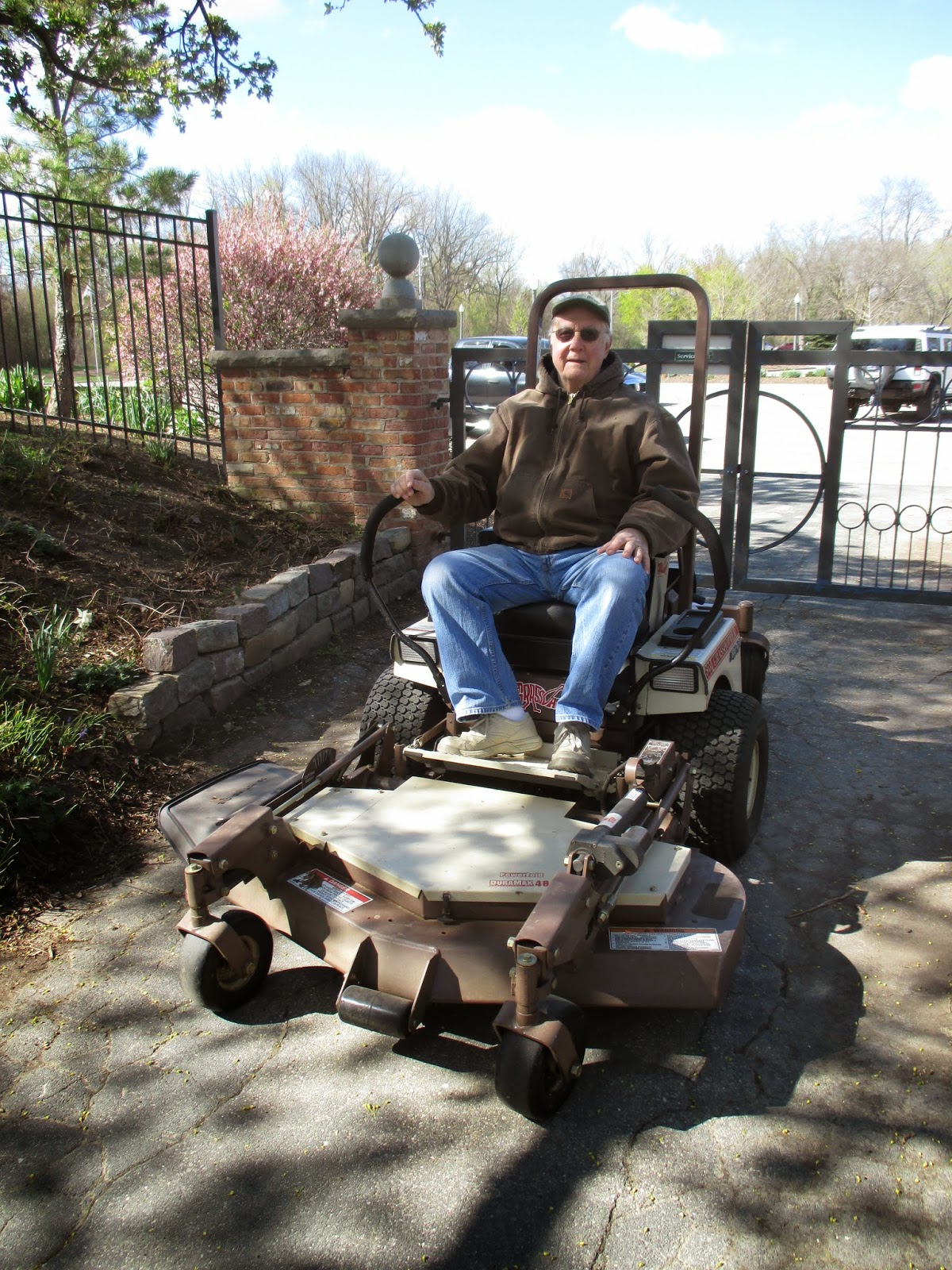 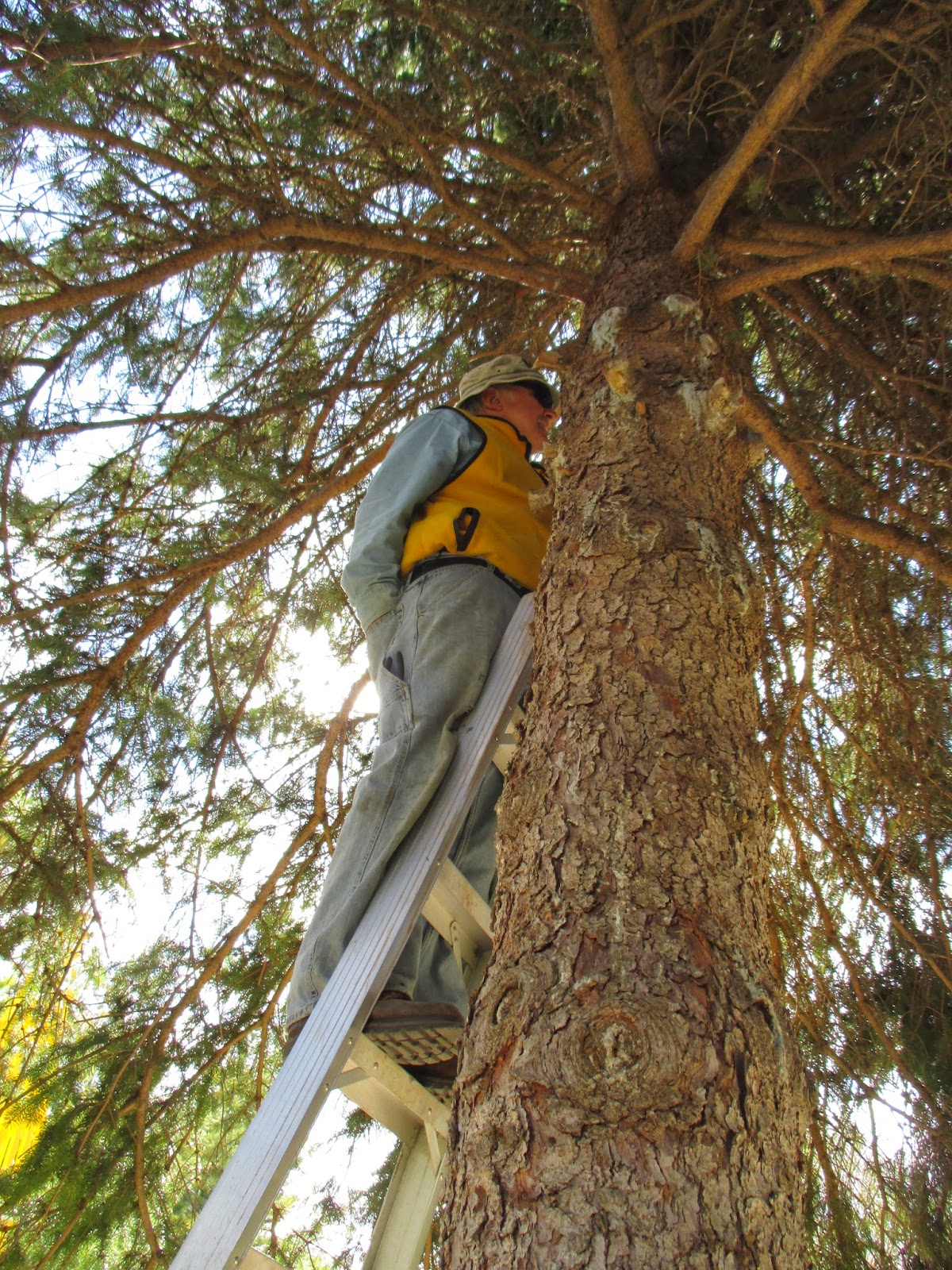 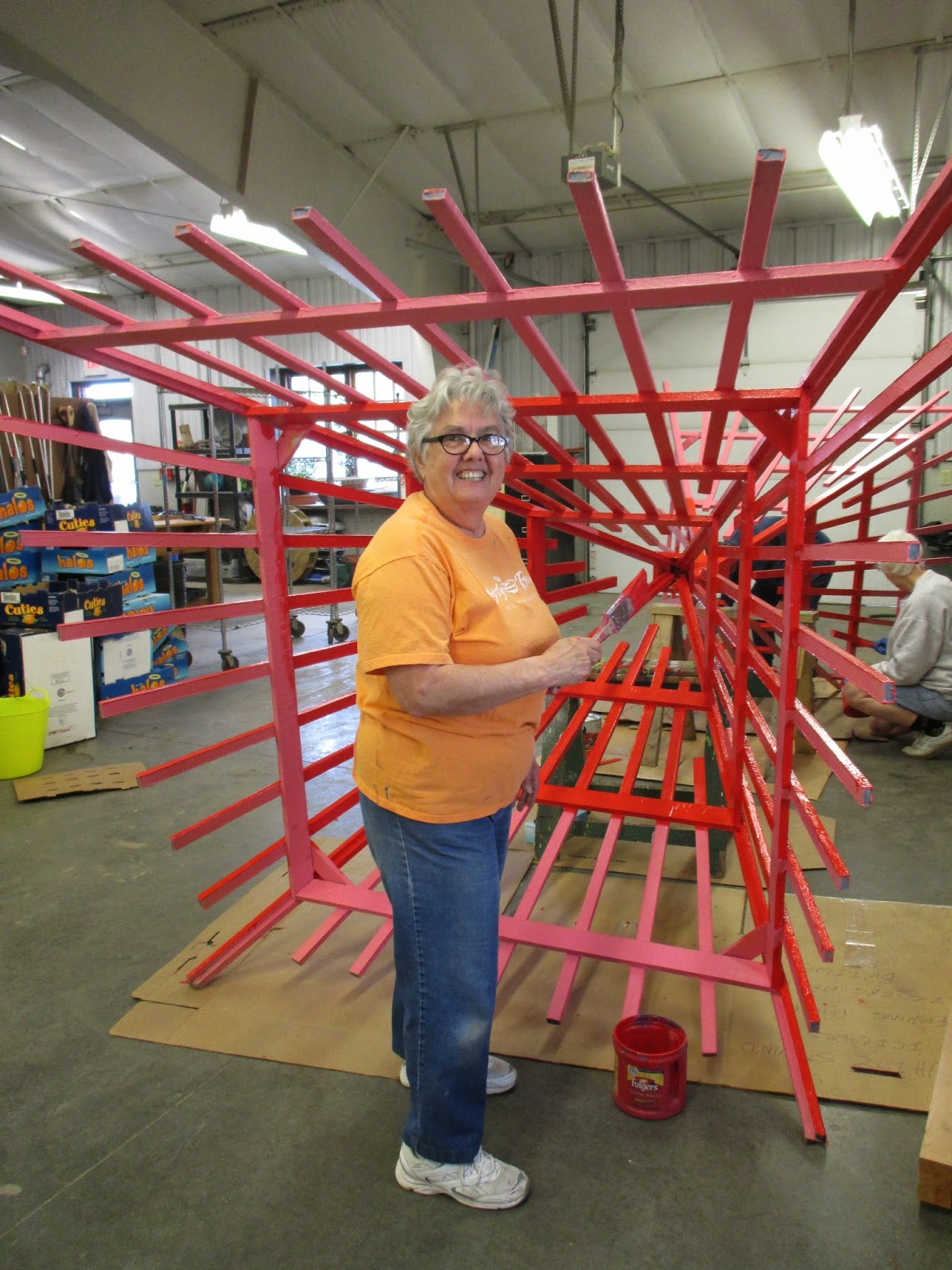 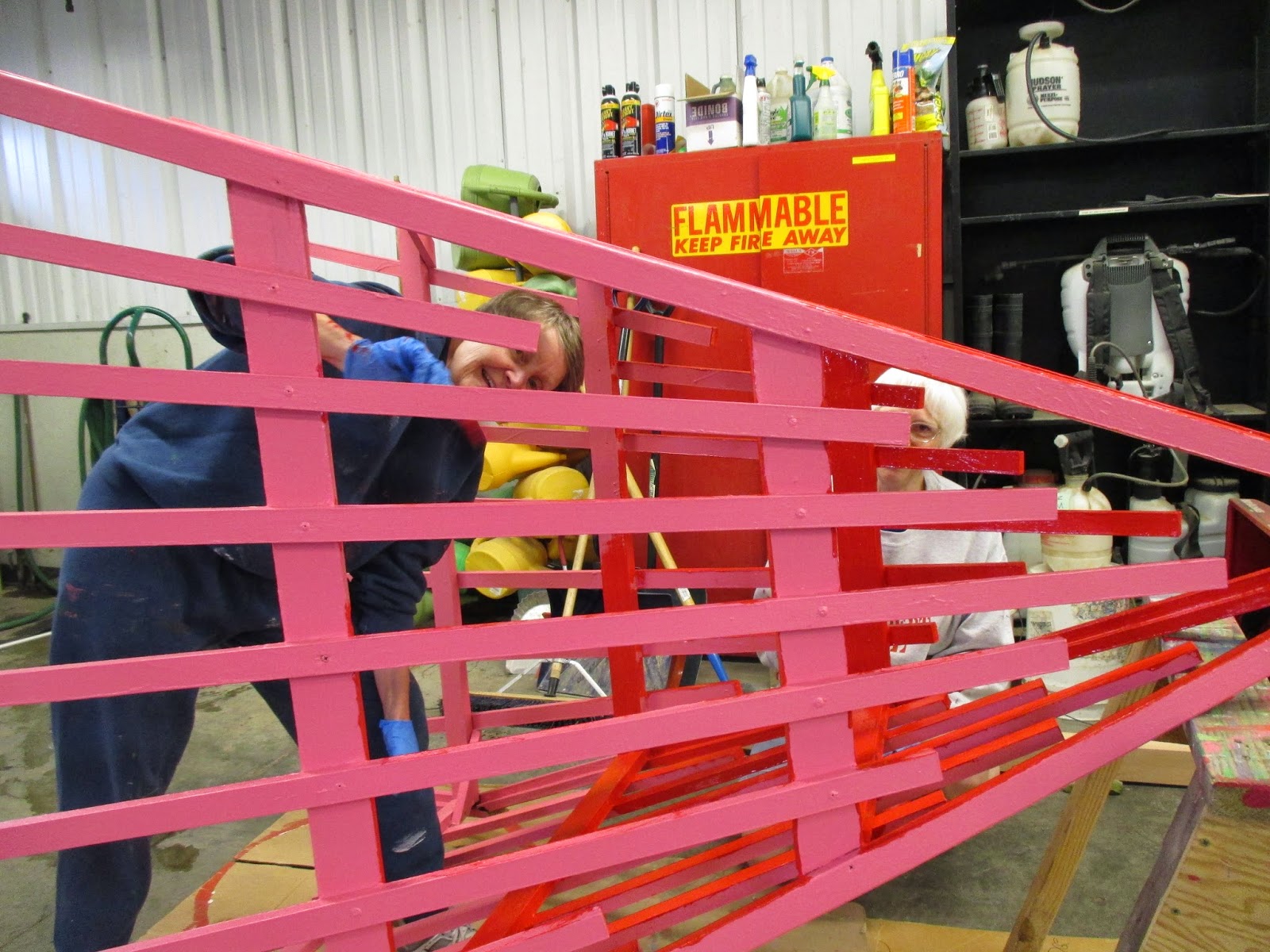 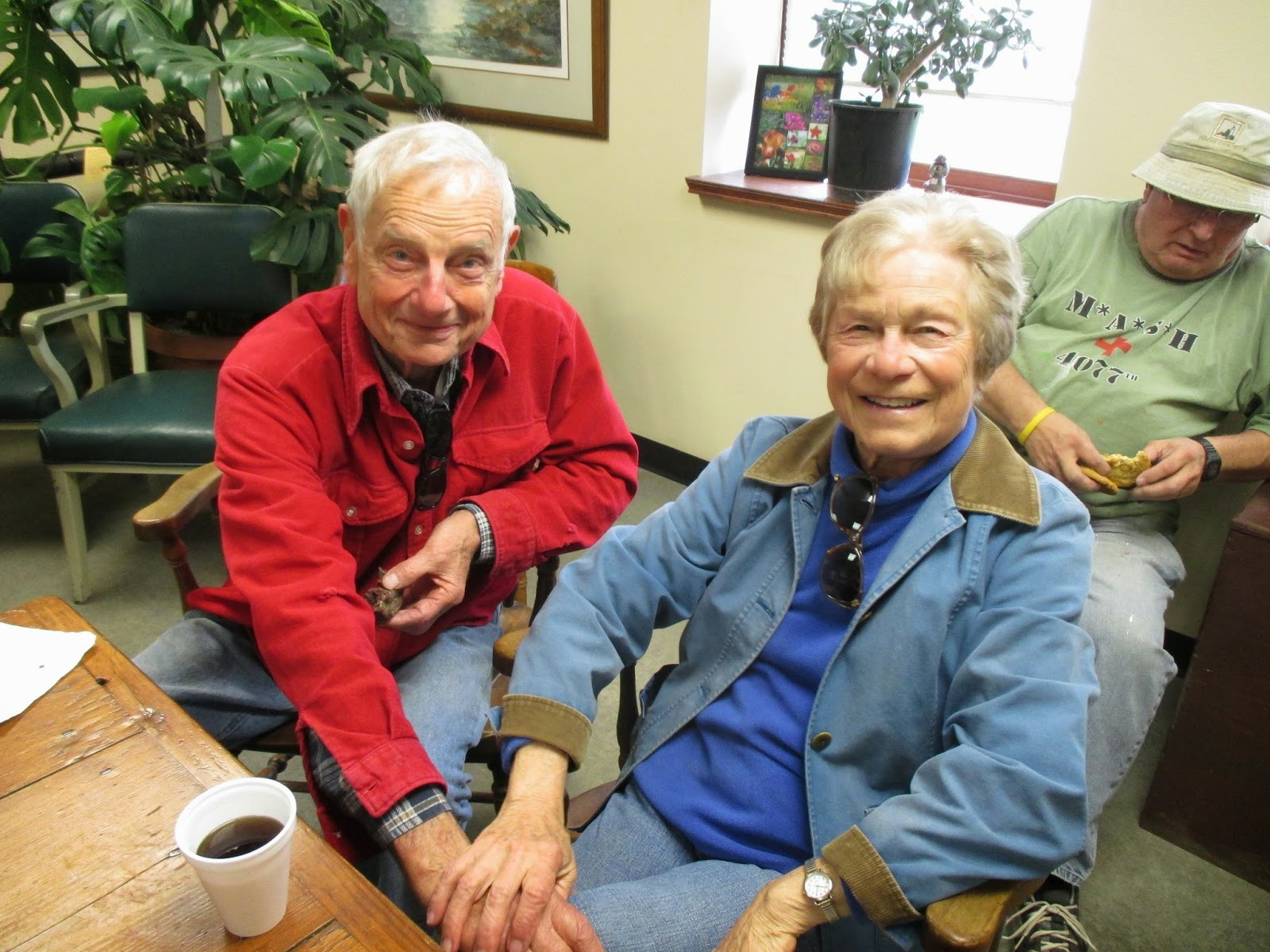 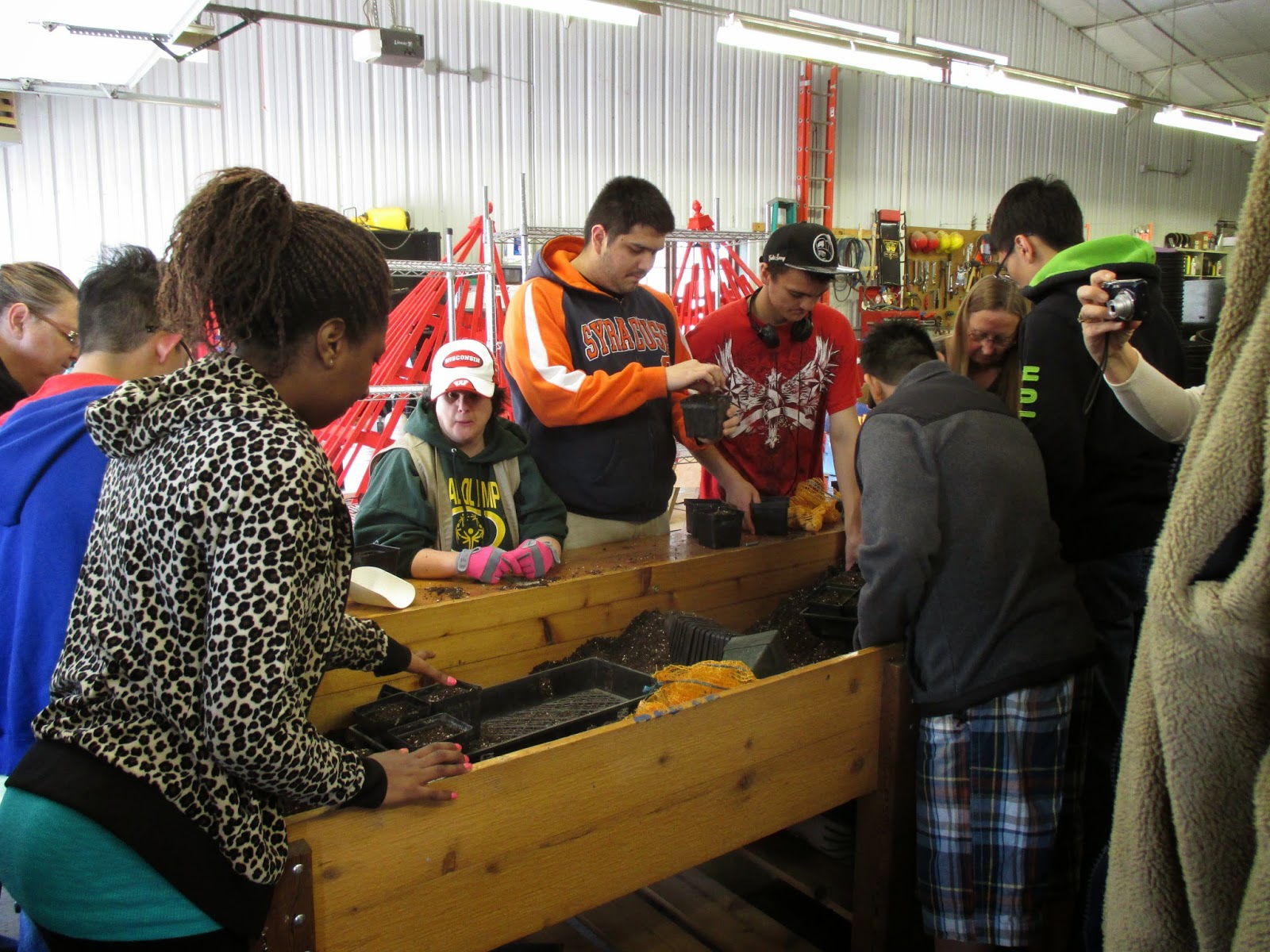 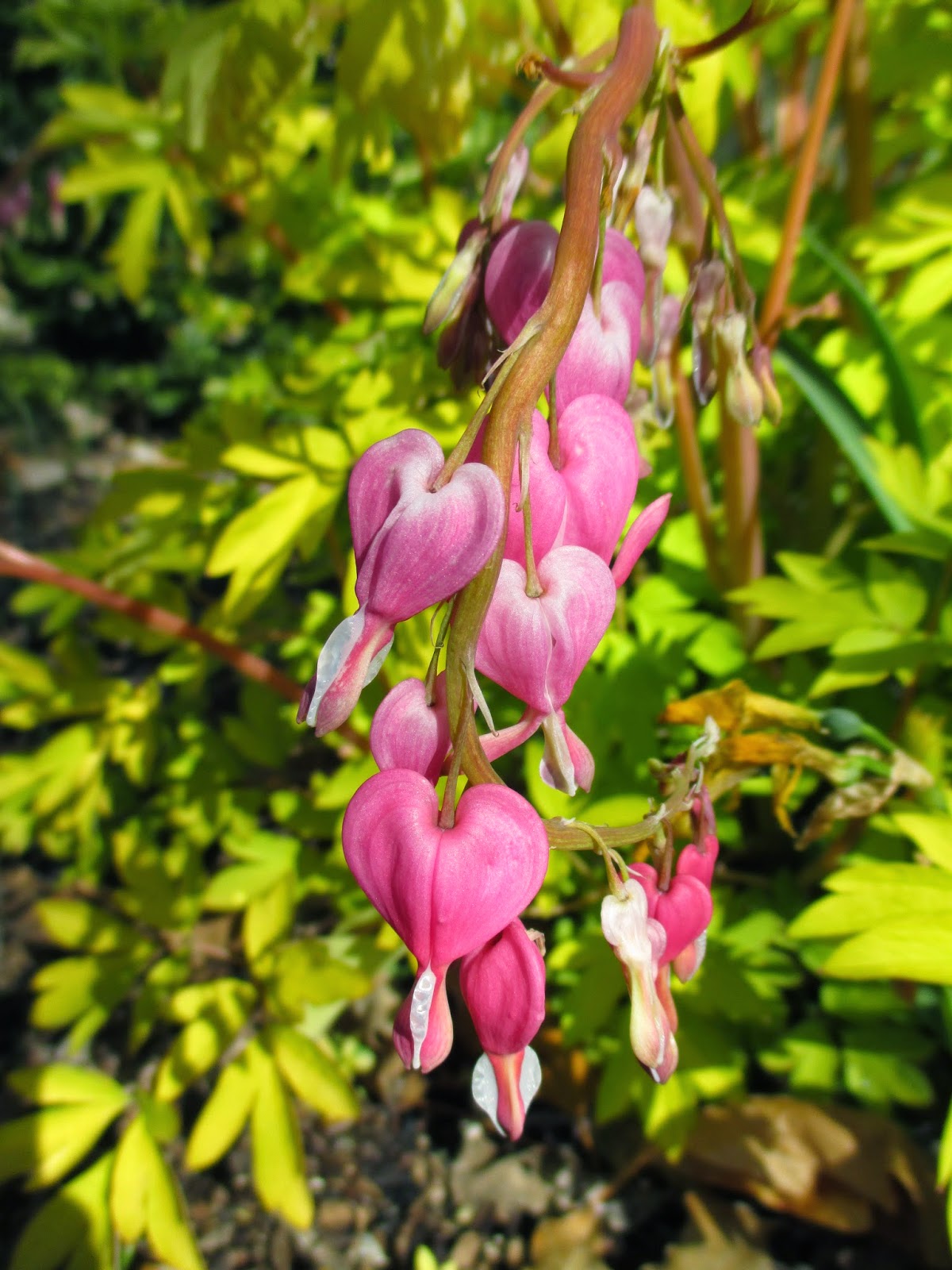 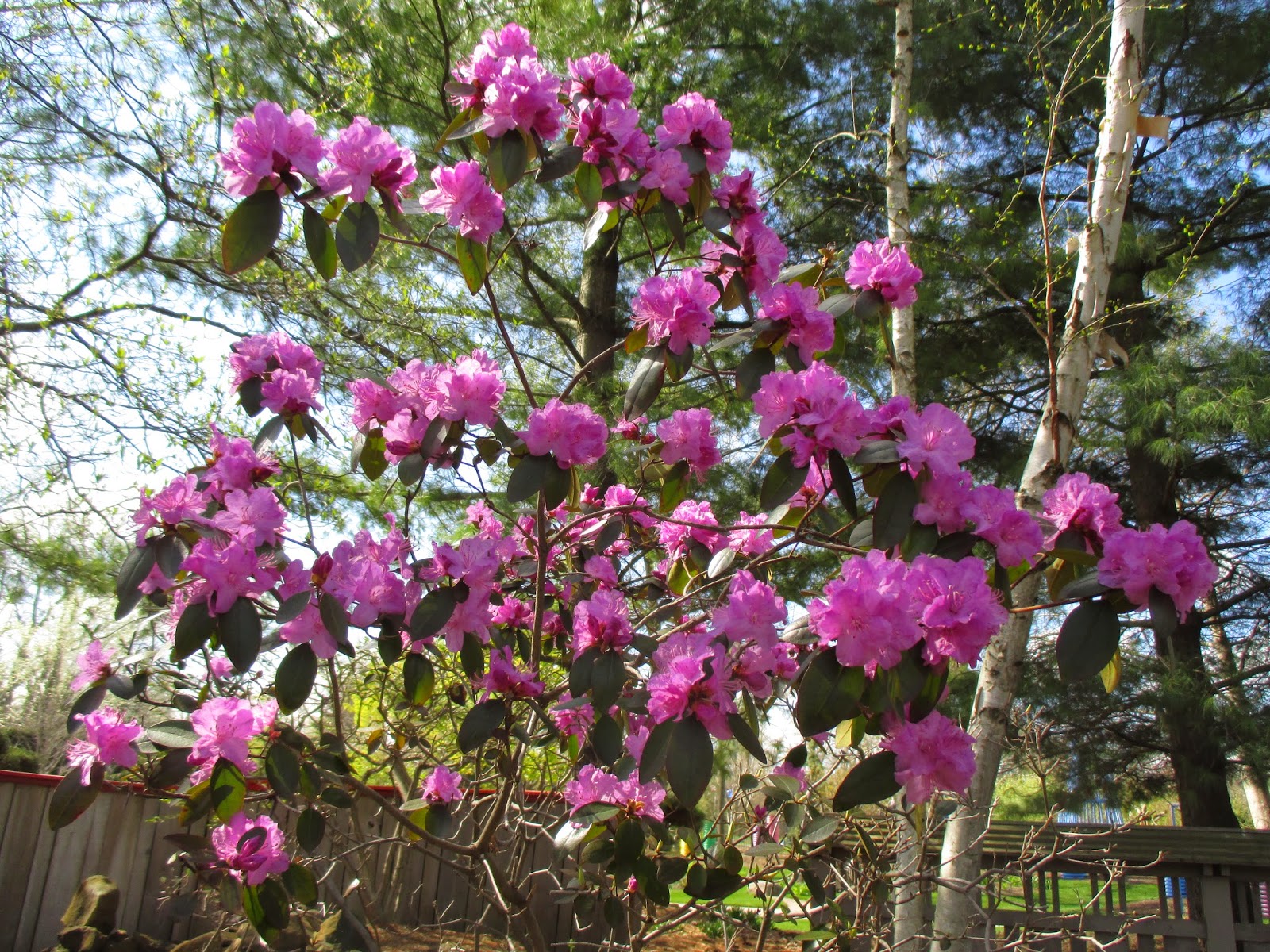 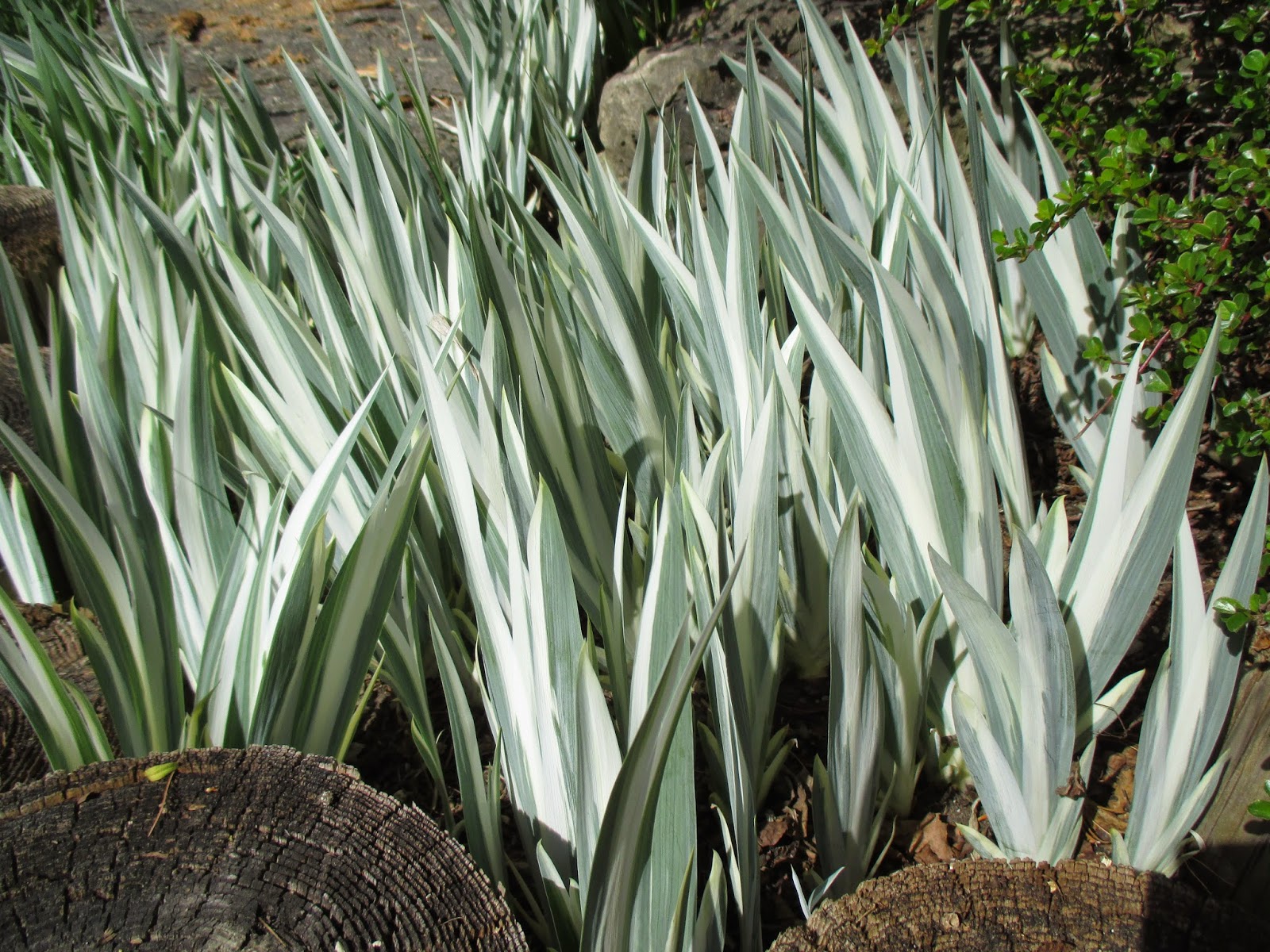 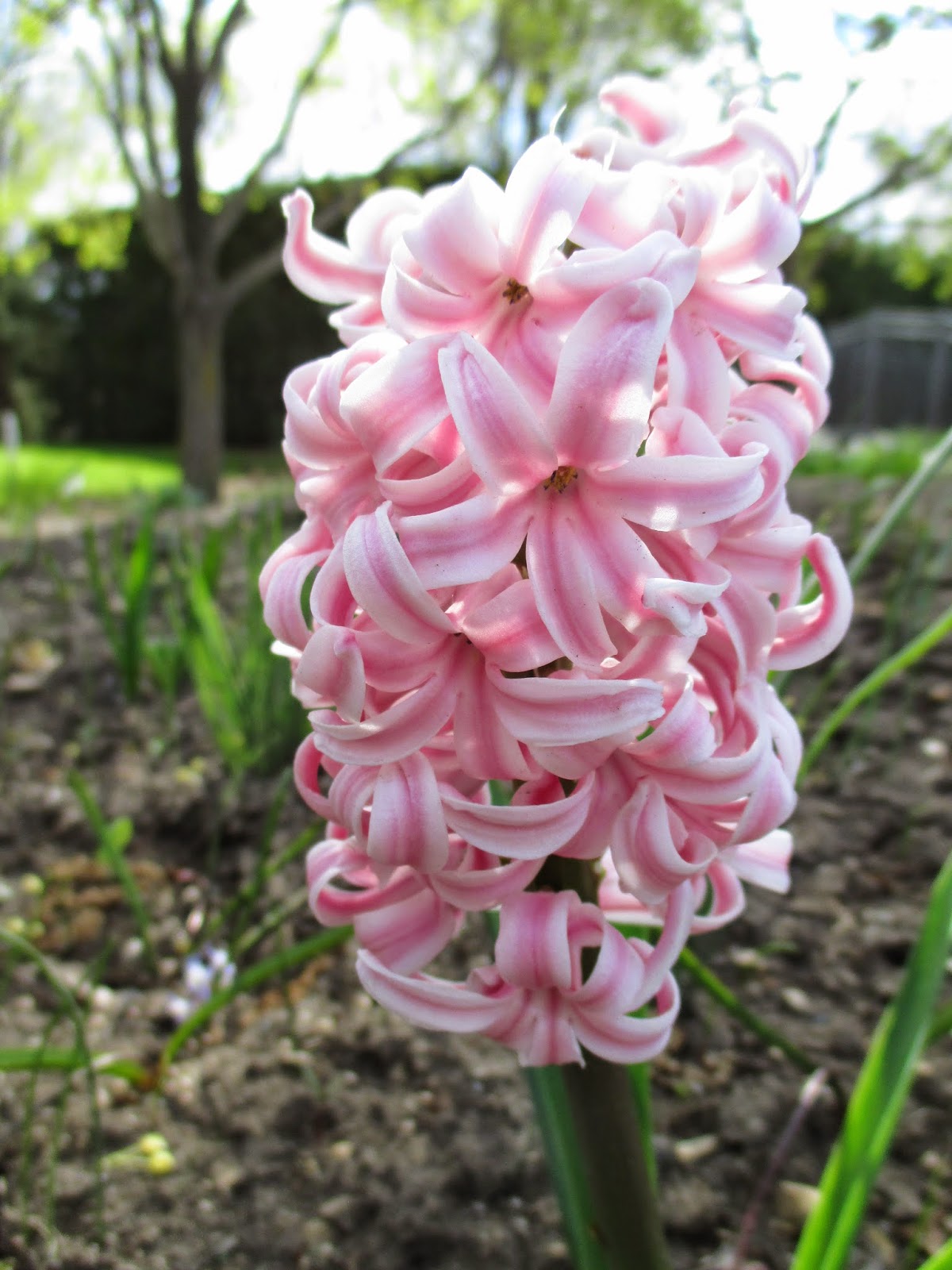 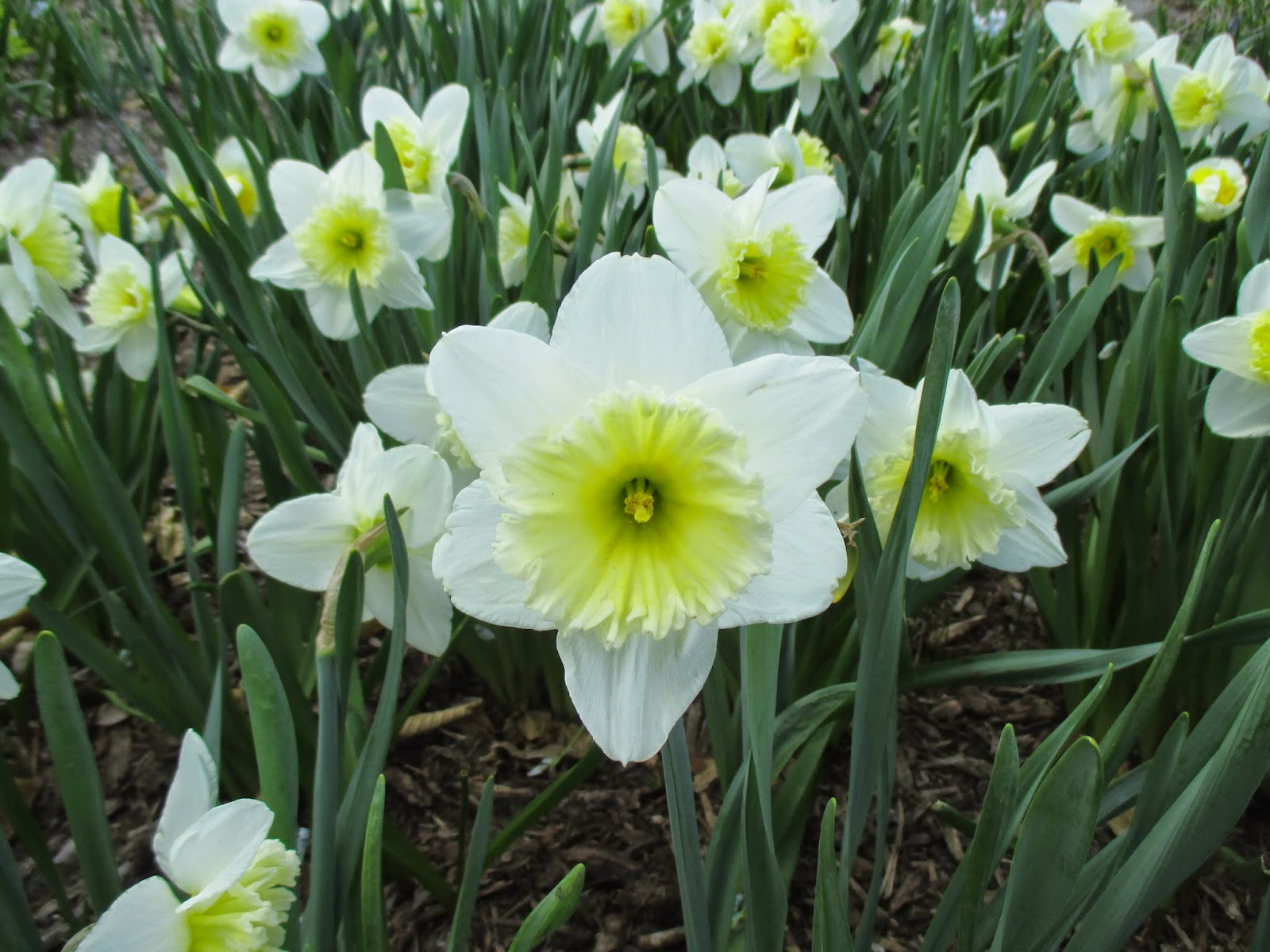 the daffodils (Narcissus) have extended bloom this Spring! 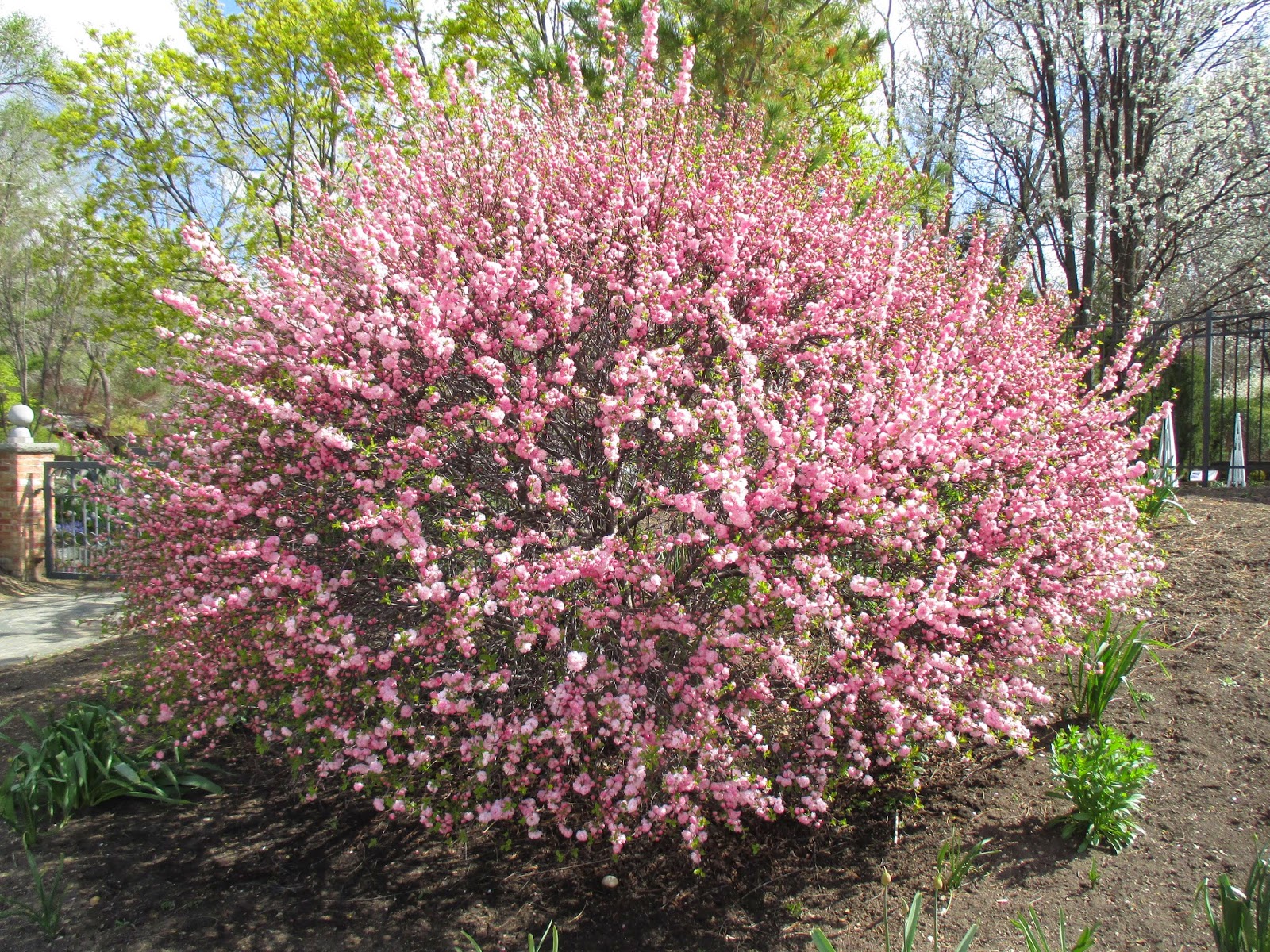 double-flowering plum (Prunus triloba ‘Multiplex’) both above and below 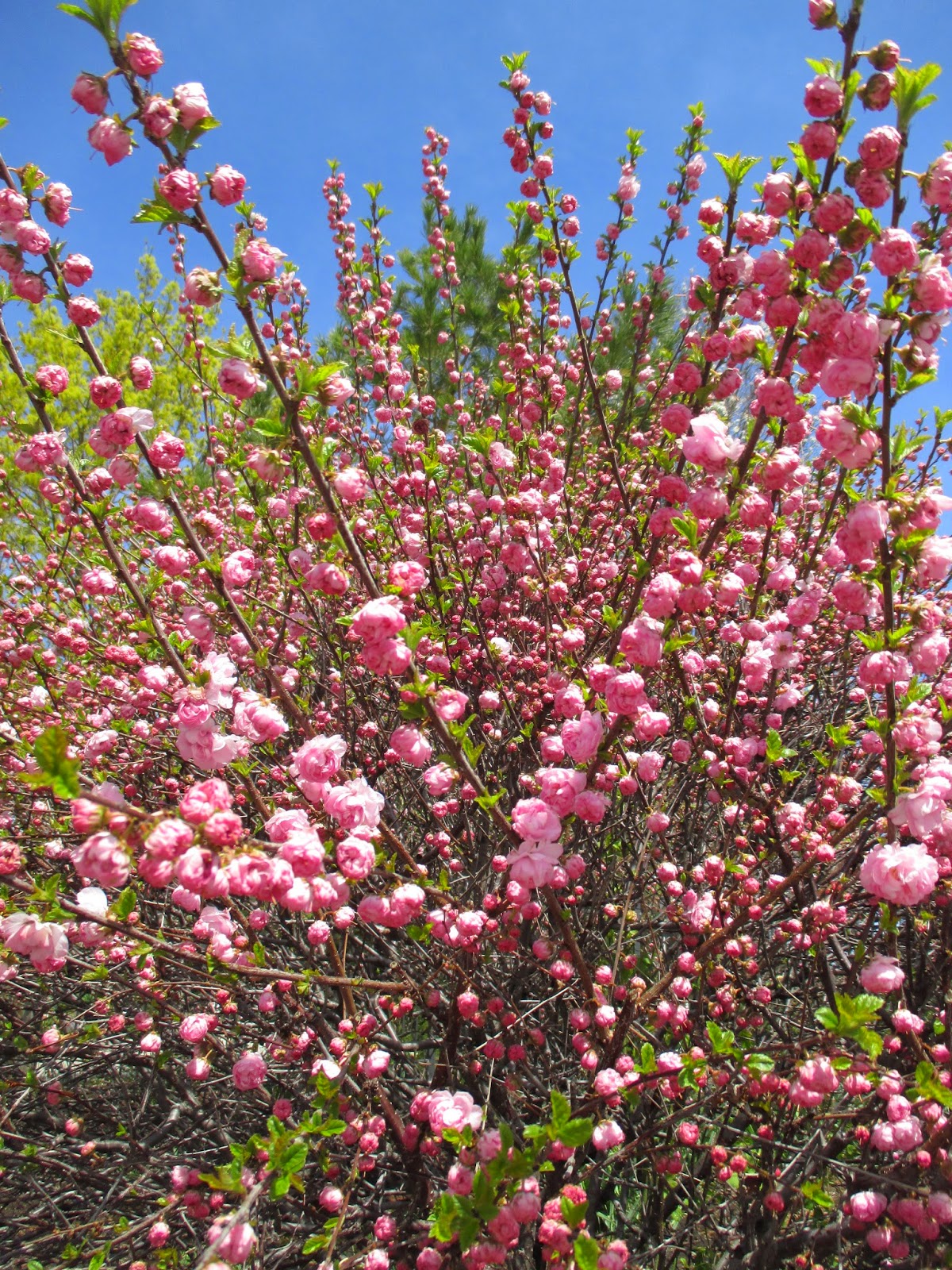