A Return to April? 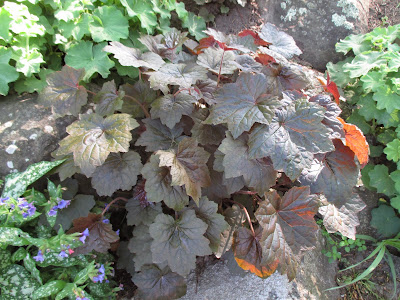 Today was a bit chilly with the breeze and we have a cool week on tap with some evening temperatures back in the upper 30 degrees F.  We have a lot of tender plants right now but are going to roll the dice and as long as we don’t get a hard frost, we should be ok.  We had a superb day of sunshine and hard work by volunteers and grounds staff.  While the weeds are beginning to become entrenched at the gardens, there is no shortage of color.  Above is the classic ‘Palace Purple’ coral bells (Heuchera).  There was lots of activity around the gardens as we continue to weed, plant, mow, water and tidy in general.  The storms predicted for both Saturday and Sunday didn’t materialize so we ran irrigation today in select areas.

Larry ran irrigation, mowed and helped with a wide range of tasks including watering.  Cindy had significant watering duties as well and moved on to weeding and other tidying tasks.  Big John and Terry had a full day with many projects, a road trip and significant work on the new enhancements near the North point garden which includes the recently relocated wishing well.  I was able to spray some herbicide and went on the plant run but the remainder of my time was spent with event preparations and coordinating volunteer efforts. 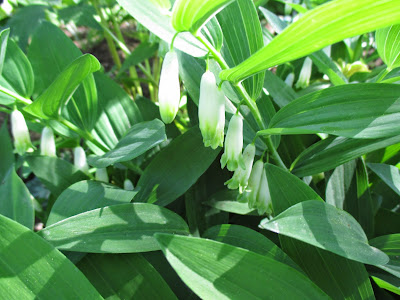 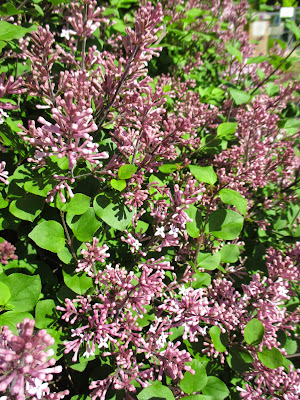 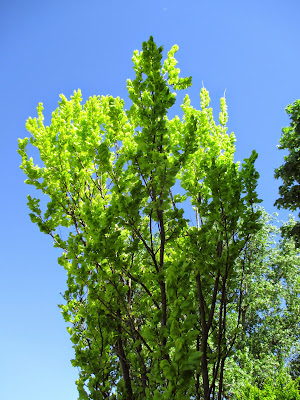 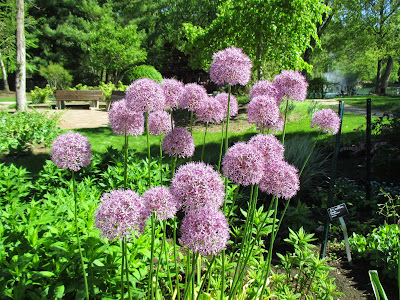 ornamental onions (Allium sp.) are starting to peak at the gardens 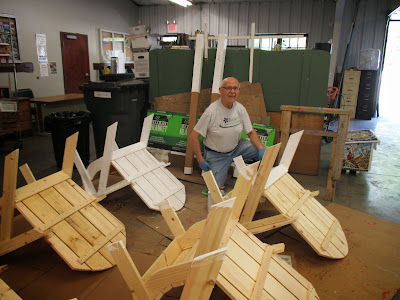 Our volunteers were again a force to be reckoned with today.  Del (above), despite his horrified expression, enjoyed working on these new chairs which will go out in the gardens soon (will be pained dark blue over the primer).  Joe M. came in to help on this project for a bit as well.  Rollie (below) did some major mowing around the gardens while Alan M. continued his edging project out in the arboretum.  Ron R., Lloyd, Larry H. and Bob C. worked together to pack away our plant sale tents which is no small feat.  The guys moved on to some other projects as well.  Bob K., Ron Y., Jim and Vern continued work on our carpentry projects.  Maury and Dick P. installed a new plaque and Gary had a full morning of preparing new signs.  Dick H. helped with various projects and ran to the dump.  The second photo down shows Kathy (pink) and Eva weeding in the sunken garden which was a necessity.  We also saw Rose, Urban and many others.  Further below is more color seen out in the gardens this morning. 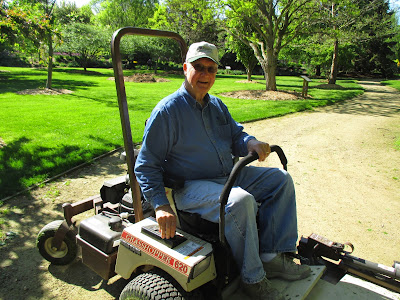 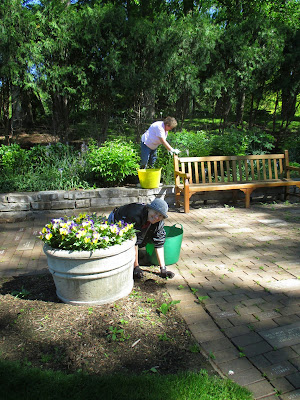 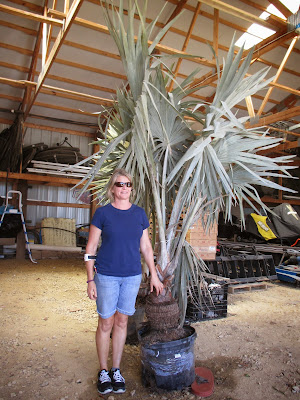 I picked up a full trailer-load of our tropicals at Seasonal Splendors Greenhouse (Oregon, WI) today but Kathy (above) and I couldn’t figure out how to fit in these three 12′ tall Bismarkia palms (we’ll return for those later this week) 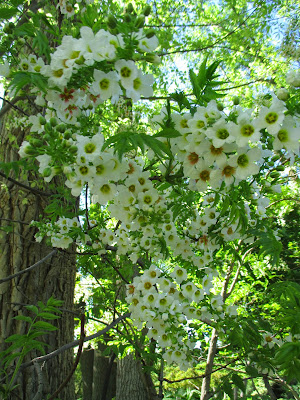 yellowhorn (Xanthoceras sorbifolium) both above and below 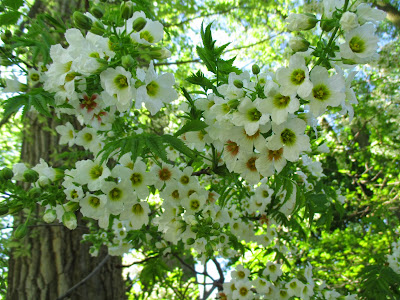 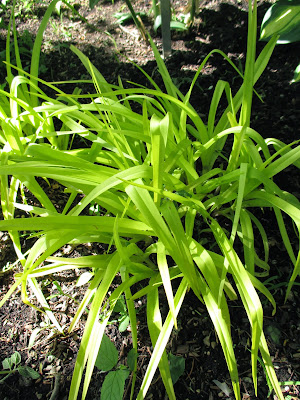 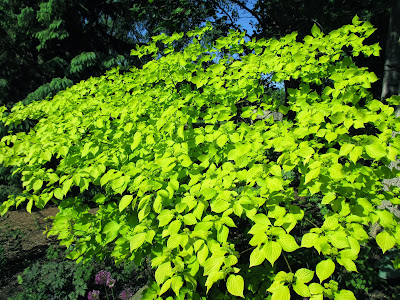 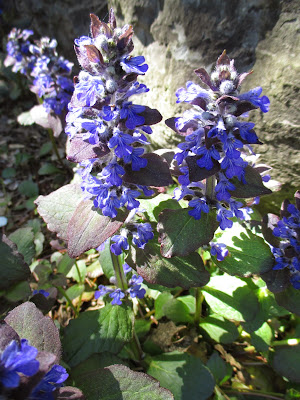 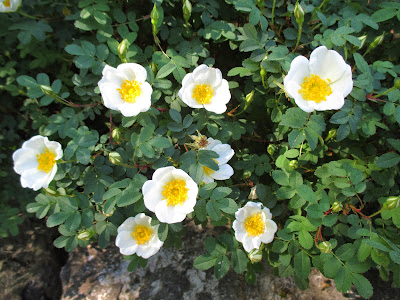