Another Blessing of a Day 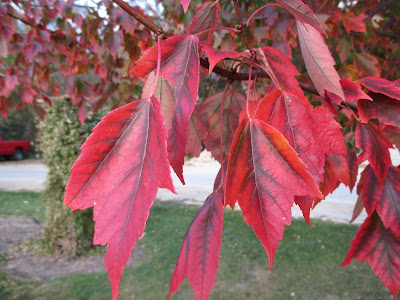 The weather was excellent again today with a warm breeze and some very light sprinkles in the afternoon that didn’t amount to much.  Vivid fall color can be seen above on this red maple (Acer rubrum, unknown variety).  It is quite DRY out in the gardens and some Autumn precipitation would be most welcome.  We’ve enjoyed the stretch of good weather for setting up the Holiday Lights Show (HLS) but the gardens could use some rain.  It was nice to see more school groups at the gardens today and considering the type of weather we could be having right now, days like this will be few and far between!  The Volunteer Appreciation Dinner went well last night with almost 150 folks in attendance which might be a record for that event.  Evergreen Irrigation (Rockford, (IL) was here a good portion of the day winterizing our system.  We had a strong turnout for grounds staffing and volunteerism today. 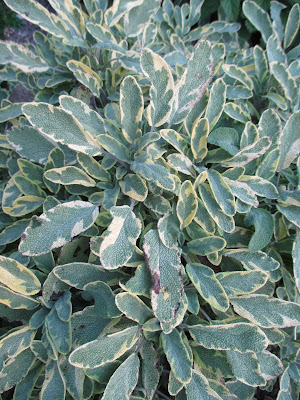 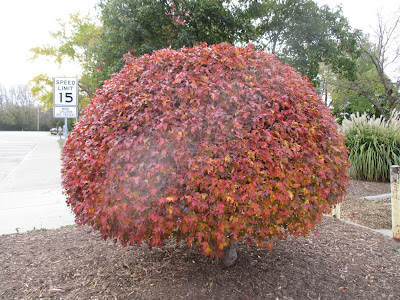 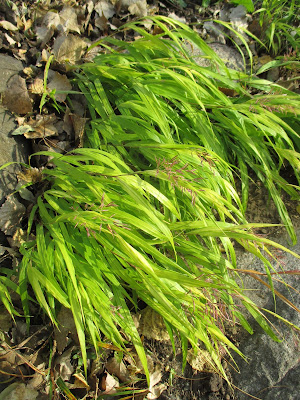 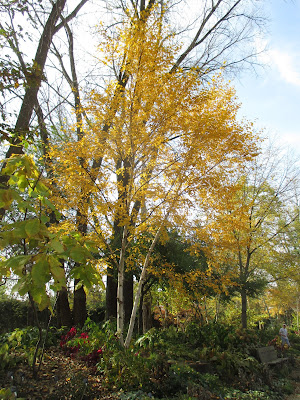 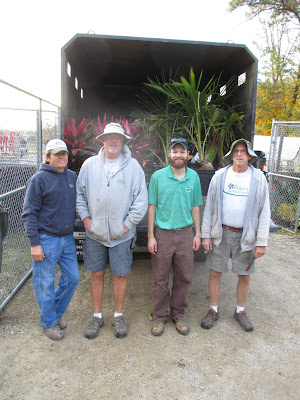 Matthew (second from right) arrived from Cantigny Gardens (Wheaton, IL) this morning where he manages their greenhouses.  Do visit Cantigny if you’re in the Chicago area!  We donated a nice load of tropicals to that garden as they have the heated space to store these tropicals and will utilize them next year.  We enjoyed visiting with Matthew and he left with a full truck.  Also above are (left to right), Bob K., Big John, Matthew and Terry (the Birthday Boy).

Our volunteers collected a lot of annuals today and their garden clean-up efforts were extraordinary.  Directly below is Kay digging up some elephant grasses (Pennisetum purpureum ‘Vertigo’) which were as big as she was!  Kay did a nice job clearing as did Dave, Eva (in red) and Kathy seen in the second photo down.  This trio continued tidying up the entrance garden which succumbed to the frost last weekend.  Mary and Roy (third and fourth photos down respectively) spent the afternoon working on clearing their section of the shade garden and will return tomorrow to finish up.  Nancy, Gena, Myrt and Patty (see the fifth and sixth photos down) spent their afternoon removing annuals in the gazebo garden and they came back with some serious loads.  Stan was out working in the Japanese garden and Marv tidied up his moss areas and worked on some other projects.  The education volunteers led school groups around again today and we saw many other volunteers. 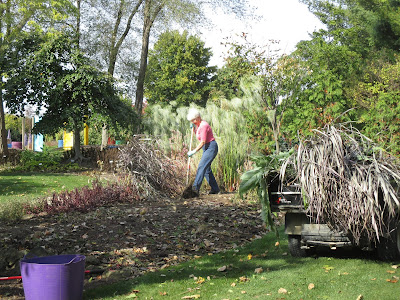 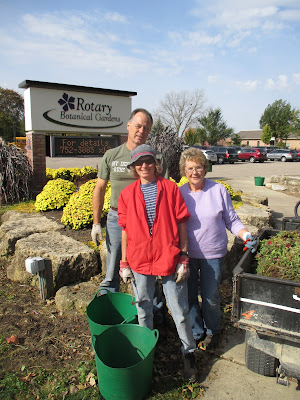 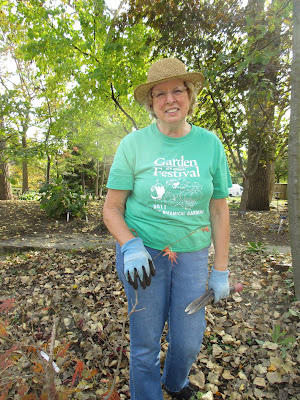 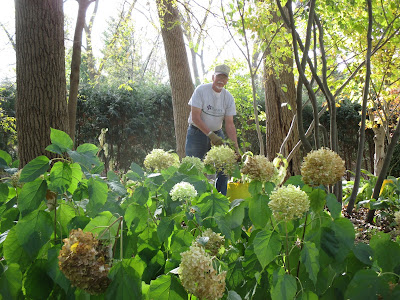 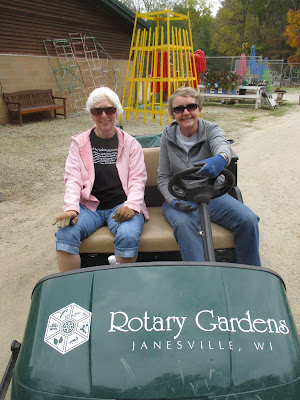 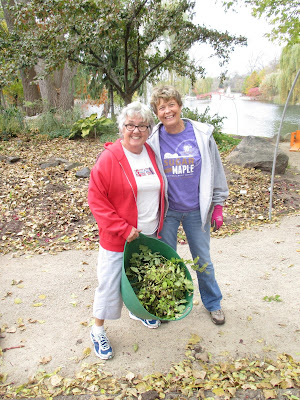 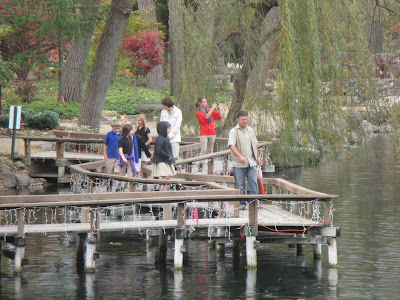 Dale leads a group over the zig zag bridge today 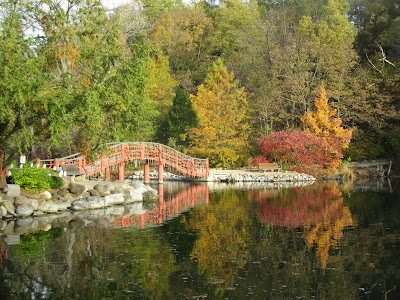 It was a beautiful day for Terry’s birthday and the grounds staff kept busy outside.  Cindy worked on clearing more containers, watering and continuing to put out more milk jug luminaries for the HLS.  Bob K. had more work related to the HLS after helping load up the truck for Matt with John and Terry.  John and Terry had various tasks today with John also helping the irrigation guys and Terry sorting and testing more lights and displays for the HLS.  Larry H. also cleared containers and continued putting up more lights.  I was able to run cords for a good portion of the day in between some odds and ends.  Cheryl spent her last day at RBG tidying up the sunken garden and we’ll sure miss her attention to detail around here.  I’m sure we’ll see her as a volunteer and wish her the best with her new endeavor.  Cheryl can be seen directly below back in July at her home garden which was one of eight featured on our 2015 Home Garden Tour. 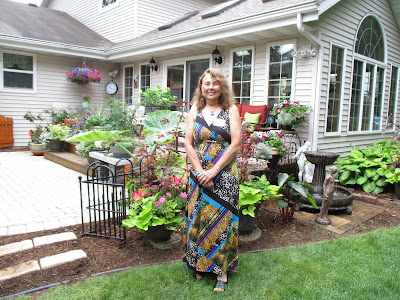 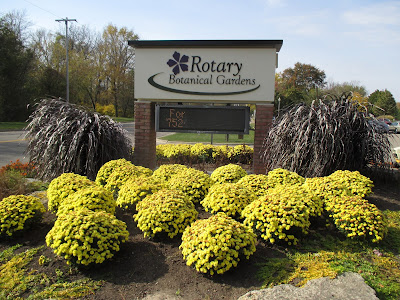