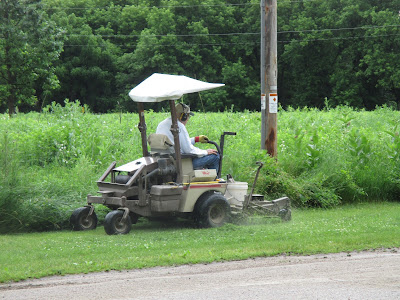 It was another rainy day although there were some gaps in precipitation that we all took advantage of quickly (like Dr. Gredler mowing above…) before the rains returned.  We had our two summer helpers start today and I was involved with their training.  Directly below are Nolan (left) and Trevor.  The guys both just graduated from Milton High School and will both be attending UW-Whitewater in the fall.  The guys jumped right in to helping and will both be very quick learners.  We did have some volunteer help although the rain coming and going created some havoc.  Rich (second photo down) and Alan (third photo down) both worked on tidying a border that needed to have bulb foliage removed and weeds targeted.  Vicky O. was in later to do the same thing in another area.  Dr. Gredler and Rollie mowed and Gary produced more signs for our new roses.  Ron Y., Vern, Dave, Jim and Bob K. all worked on carpentry projects both inside and outside.  Dick H. helped with some indoor projects including some welding and Maury ran more errands for us.  We also saw Dr. Yahr, Bev D., and many others today.
I had a presentation (for the Noon Rotary Club) and meeting this afternoon so lost touch with the gardening activities but our grounds crew of Big John, Terry and Cindy all had a wide range of tasks both inside and outside.  At least watering wasn’t a consideration today! 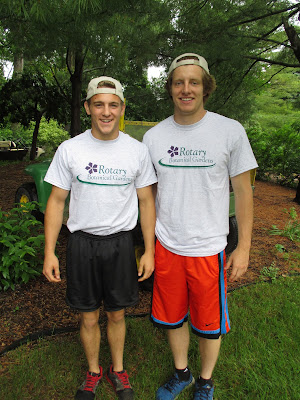 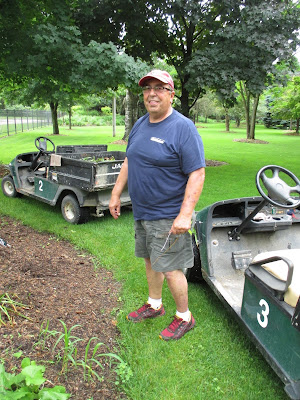 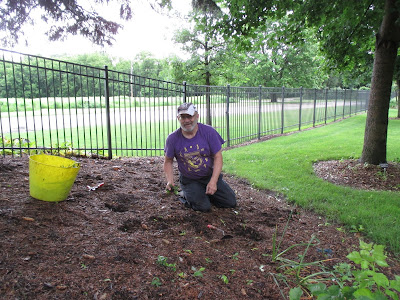 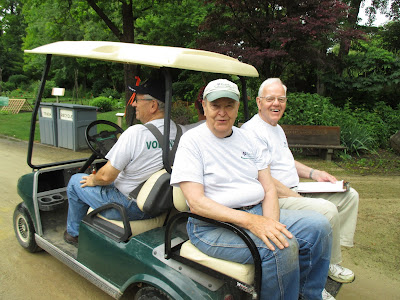 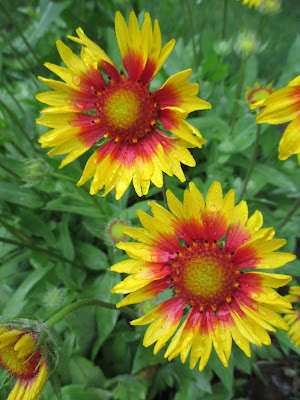 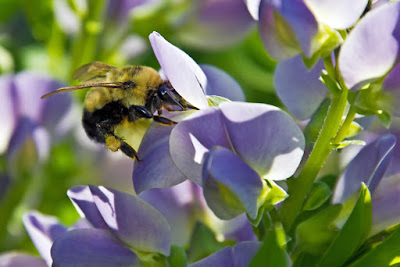 I wasn’t able to take many photos today but wanted to share the photo above and three below from Ken Tapp. Ken photographed some great pollination activity out in the gardens a couple weeks ago and has a great eye for capturing these pollinators in action! 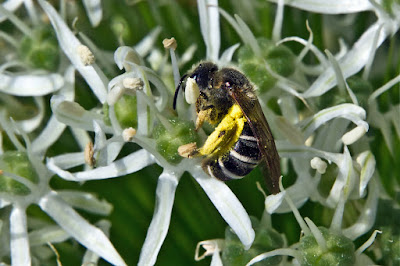 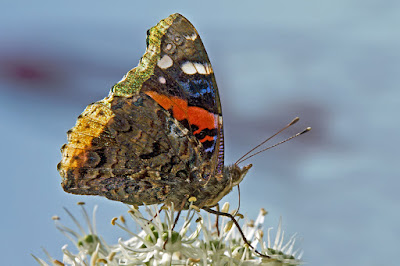 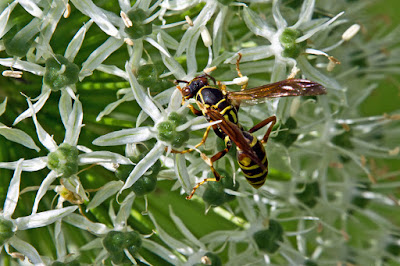