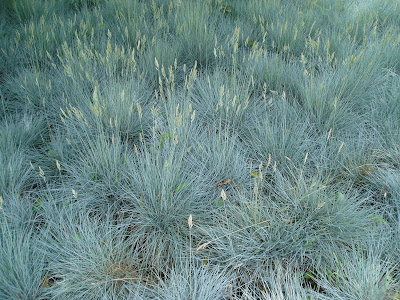 The weather continues to be chilly with my car thermometer reading a balmy 1 degree F this morning.  It looks like tomorrow will be significantly warmer which will allow us back out in the gardens for lights retrieval from the Holiday Light Show (HLS).  Larry H. continued processing lights this morning and has a good system for doing so.  The spooling system developed by Pat M. last year has proven to be an efficient way to store many of our lights as storage space is at a premium.  Alan M. was in as well and worked on some recent donations as we don’t let anything go to waste and will save as much as we can (bulbs, plugs, etc.) off a strand before it goes to recycling heaven.  I bounced between seed catalogs and other tasks today.  We also saw Urban and many others today.
I have always been a fan of blue fescue (Festuca) for offering color and texture.  Blue in the landscape is usually understated or lacking and blue fescue should be considered for its singular and compositional value.  Many years ago, the prominent ornamental blue fescue was Festuca cinerea (seen above) which has such a great shade of blue at spring emergence.  However, our hot summers would frequently compromise that vivid color and create a brownish blue grass by late July that lacked the same interest provided in spring.  Fescues are considered a clumping, “cool season” grass which means they actively grow and “enjoy” the cooler portions of the year and can languish in the hottest of summer months.  While they prefer moist, well drained locations in full sun, blue fescue is very tolerant of drought and poor soils once established.  They are also nice in containers (see bottom photo).  Consider removing flowers to keep a more rounded and colorful form but it is not essential.  As an “evergreen” grass, blue fescue will maintain coloration well in to winter and then will regenerate in spring (see further down).  By “finger combing” them gently in late winter you can remove the brown foliage and make room for the bright new growth.  Over the years, the center of the grass may die back (oldest portion of the plant) which necessitates division and relocation of the more vigorous outer portion of the plant.  Recent breeding and selections have focused on increased summer heat tolerance which results in the blue coloration continuing throughout the summer.  The selection Beyond Blue (‘Casca11’) seen further below is one of my new favorites for summer heat tolerance and there are some new ones coming out on the market (mostly Festuca glauca parentage).  Properly sited and kept happy, blue fescue can add that touch of blue in the full sun landscape. 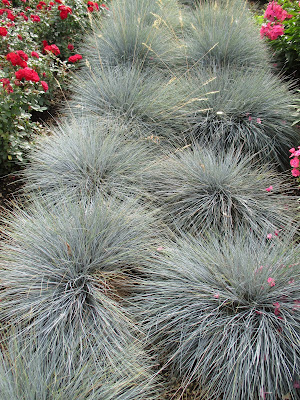 Beyond Blue fescue (Festuca glauca ‘Casca11’) above and two below 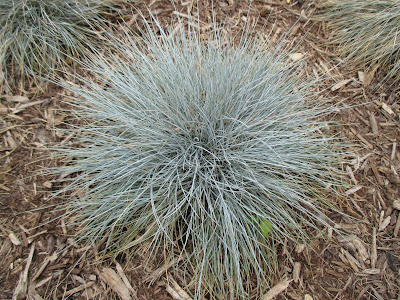 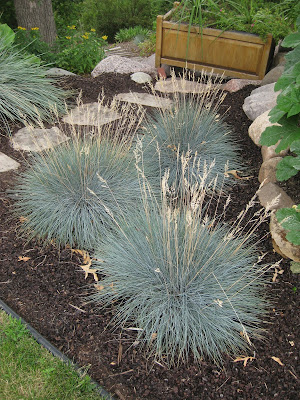 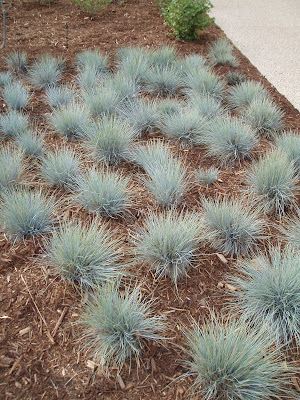 Festuca glauca ‘Elijah Blue’ (above and three below) 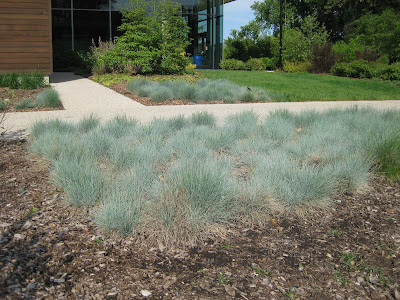 Morton Arboretum (Lisle, IL) directly above and directly below 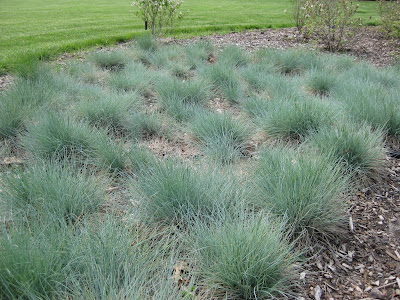 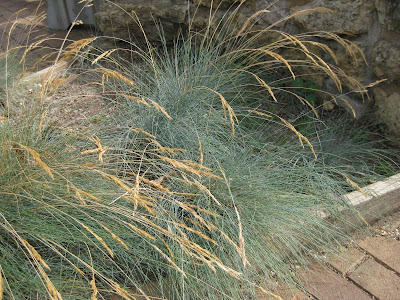 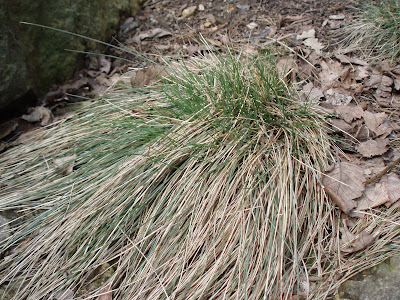 above and below is blue fescue in April….”finger comb” out the brown (last years foliage) and let the new growth through….you wouldn’t want to shear this one back at this point as you would damage new growth which might make an appearance in the earliest days of April… 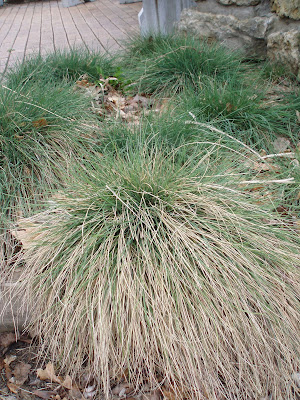 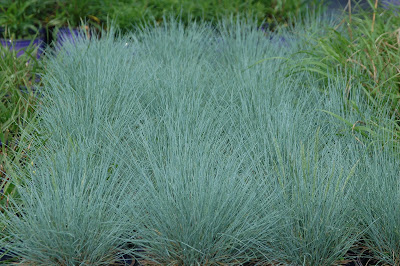 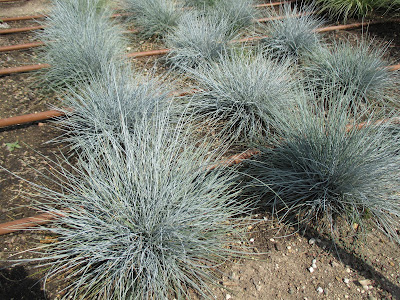 Festuca ‘Festina’ (above and below) – ColorGrass Series 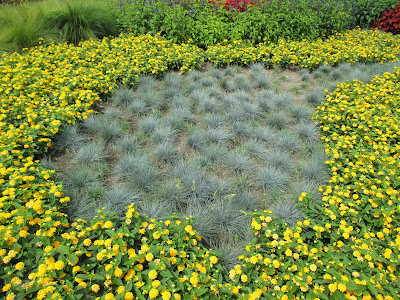 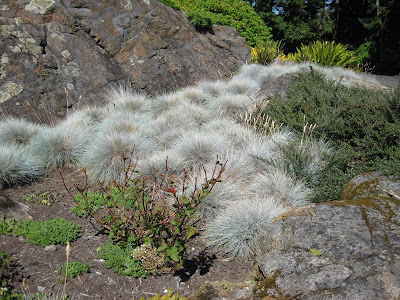 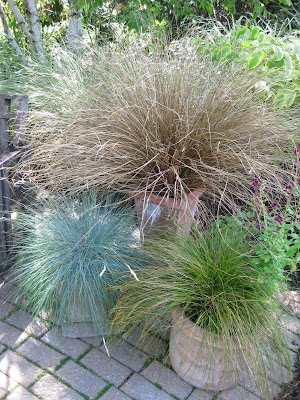