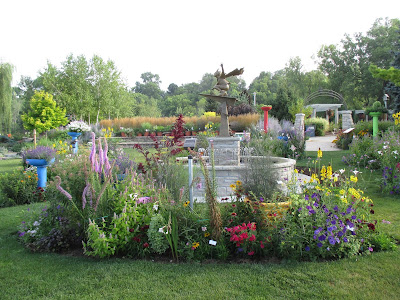 As I type this blog in the afternoon (3:05 pm), we just had a brief downpour which I suppose is better than nothing!  We had hoped for more rain over the past couple of days (and weeks) and have made huge efforts out in the gardens to keep up with this dry spell via irrigation, sprinklers and good old-fashioned hand watering!  The gardens are beautiful for sure as seen above in the Nancy Yahr Memorial Children’s Garden which showcases our Smelly Garden theme this year.  Directly below are some of the herbs that are meant for touching and smelling as part of that display.  Tomorrow, this garden will be featured as part of our Gardening As Therapy symposium which should be lots of fun.  We have over 60 participants coming to learn about incorporating gardening in to a therapy program for a wide range of audiences.  The day will include lectures and lots of hands on experiences (like the Smelly Garden!).  We had a great turnout of volunteers today and our grounds staff kept busy too! 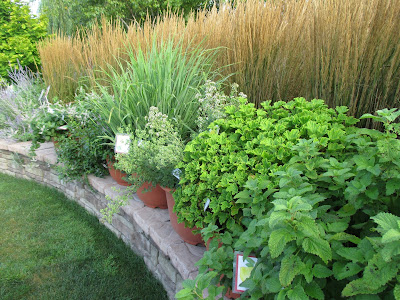 herb containers in the Smelly Garden 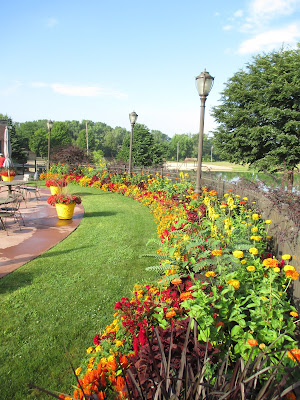 the red/orange/yellow theme looks good out in the terrace garden too! 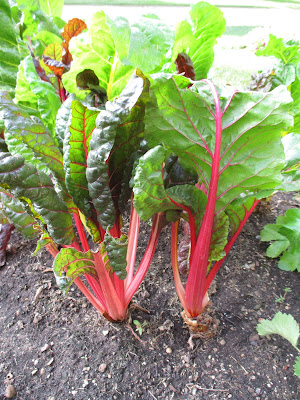 Swiss chard (Beta vulgaris) thrives in the Thomas Jefferson Collection with over 100 other selections of historic herbs, vegetables, perennials and annuals 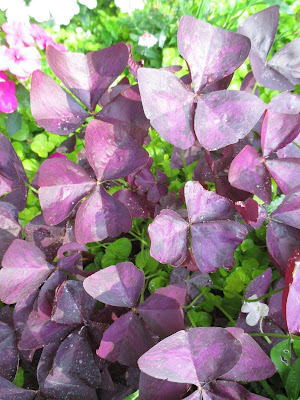 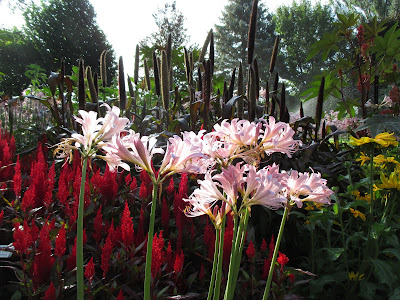 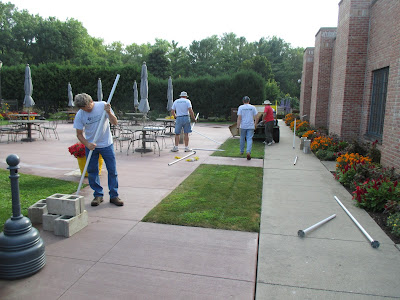 Our volunteers today were excellent as always.  Above are Alan, Larry H., Bob K. and Ron P. setting up four tents that will be used as part of our Gardening As Therapy symposium tomorrow. The guys did an efficient job of setting up the tents and moved on to some other projects like sweeping and air edging (See Ron P. in the third photo down). Kathy (directly below) and Eva (second photo down) did a great job weeding and tidying up in multiple areas.  They are quite thorough and work well together.  Dave and Jim worked on some carpentry projects while Maury ran many errands for us.  Dr. Gredler and Rollie did some mowing while Dick H. worked on vehicles and ran loads to the dump.  Pat M. was in to work on some projects and Shirley H. did a nice job weeding in multiple areas.  Dale S. (“Mr. Moss” – fourth photo down) came to the gardens with his friend Dick.  Dale checked over our moss gardens as we’re trying to troubleshoot some issues.  Maureen was over watering at the Horticulture Center (fifth photo down) and we also saw Dr. Yahr, Hal R. and many others today.  Lisa I., Bev D., Bob D. and three others did a nice job dividing some daylilies from our collection yesterday (Sunday).

The grounds staff had plenty of duties throughout the day.  Janice helped prepare for the symposium tomorrow which is quite a detailed event.  Nolan hauled plants, weed whipped and will be back tomorrow for mowing.  Cindy helped water the yard, containers, dry garden areas and had time to tidy up in the Smelly Garden.  Big John ran irrigation, moved around sprinklers, helped with containers and also had non-watering related duties like irrigation repair.  I was able to get out in the gardens for various reasons including placing plants for installation and checking for some future projects. 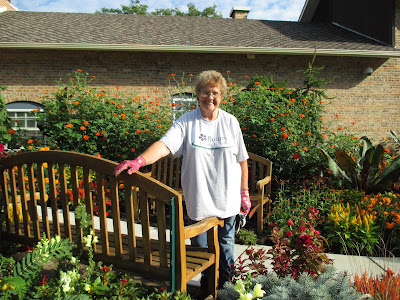 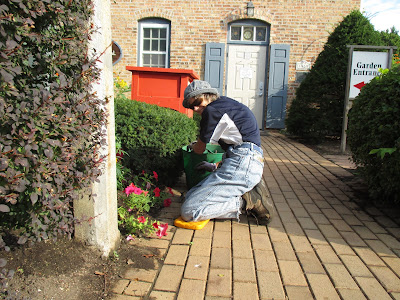 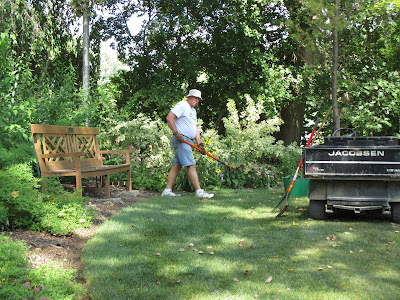 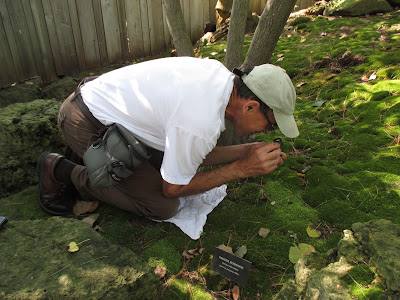 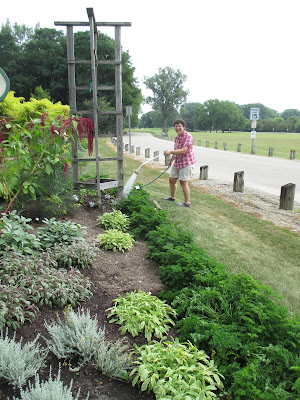 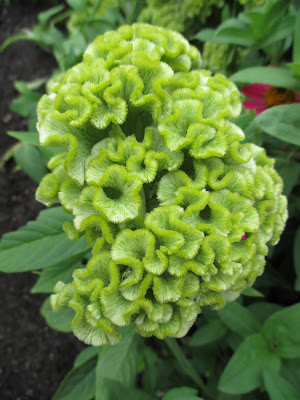 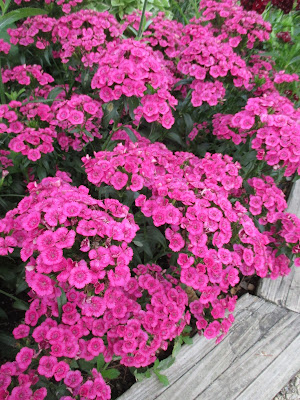 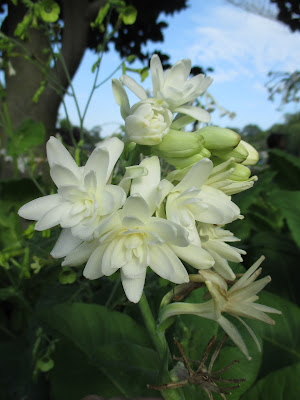 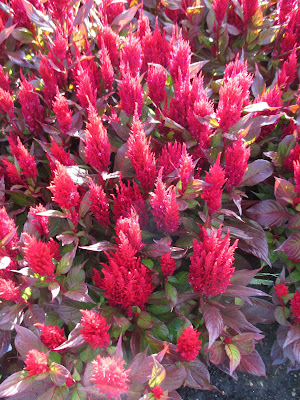 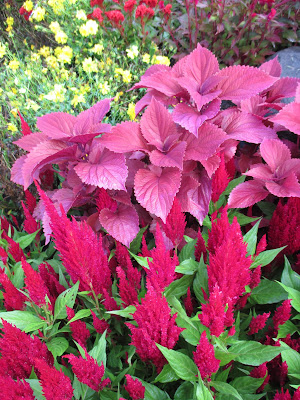 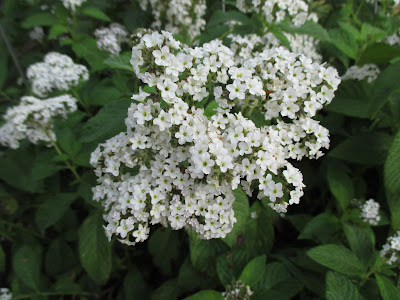