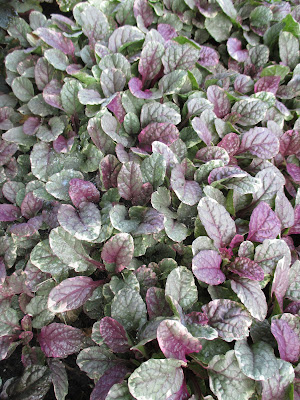 Some precipitation in the form of light drizzle appeared this morning.  It looks like some wet snow and sleet over the next couple of days before it gets really cold next week!  The weather didn’t stop our Holiday Light Show (HLS) retrieval team of Larry H., Big John, Alan and Terry from heading out to bring in more lights from the gardens.  Marv B. (later joined by Terry) continued wrapping up lights and packing them away for storage.  Ron P. continued his repairs on existing and donated lights.  Dr. Gredler was in for some painting and both Dick H. and Bill O. worked on some equipment including our snowblowers.  Our carpenters (Ron Y., Dave, Vern and Jim) continued on their projects and Maury ran some errands.  We also saw Karen M., Karen B. and many others today.
Bugleweed (Ajuga sp.) or carpet bugle, has long been popular as a vigorous, perennial groundcover.  Note the term vigorous as most species of this plant do like to spread by runners and create a solid mat.  The early spring flowers are typically a nice blue although pink and white are available as well.  The foliage is the primary ornamental feature though. Tolerating full sun to partial shade, bugleweed will thrive in most soils but does prefer some moisture for establishment.  Avoid over mulching this plant as the roots are quite close to the soil and surplus mulch can contribute to issues of rot.  We don’t mulch on or around our bugleweed.  Once established, this perennial is drought tolerant and will continue to spread which is the intent of any good groundcover!  Be wary of planting bugleweed right against a turf edge as it will likely infiltrate and dominate the turf (consider edging!).  I like the variegated forms with many represented in this blog.  There are also some very dark-leaved varieties which look exceptional.  Ajuga is also semi-evergreen and will retain foliage coloration well in to winter.  New growth will emerge in April with blooms arriving a couple of weeks later.  A healthy patch of carpet bugle will out-compete weeds successfully and is a very low maintenance option for covering up some garden real estate.  Detractors of Ajuga will point out the exceptional vigor but I find that to be an asset.  I don’t find it hard to dig up, relocate or limit in most situations either. 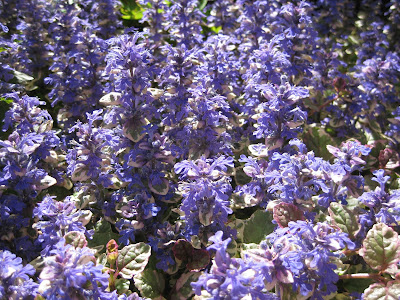 Ajuga reptans ‘Burgundy Glow’ (two above and one below) 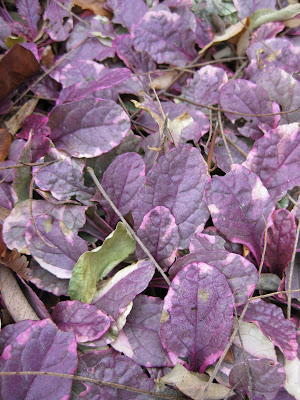 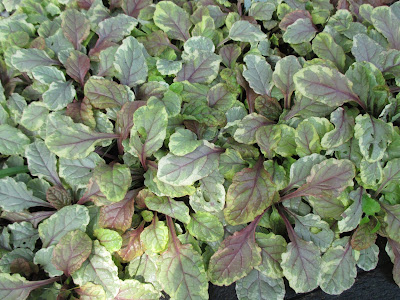 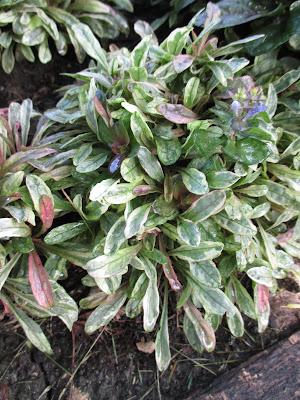 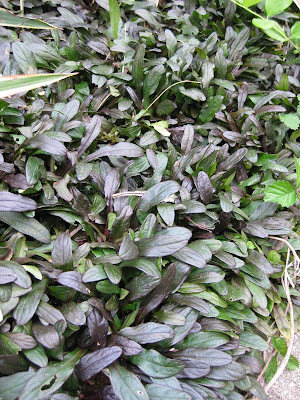 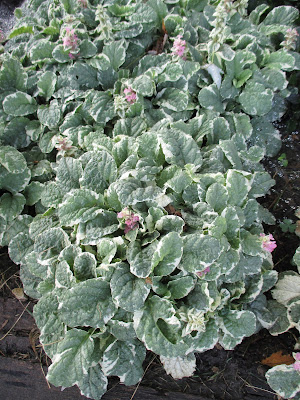 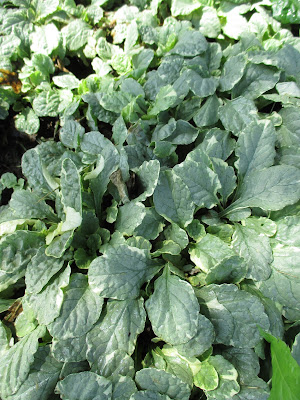 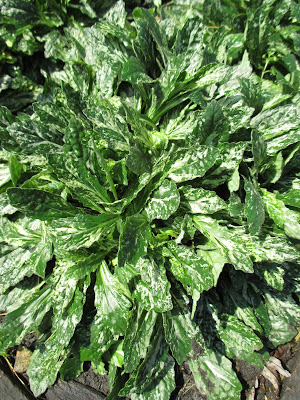 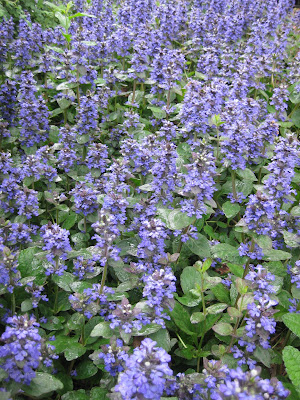 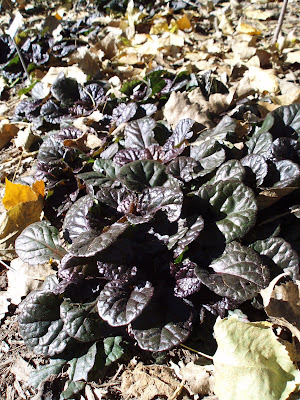 Ajuga reptans ‘Black Scallop’ (above and two below) 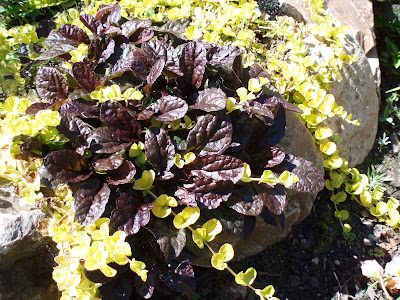 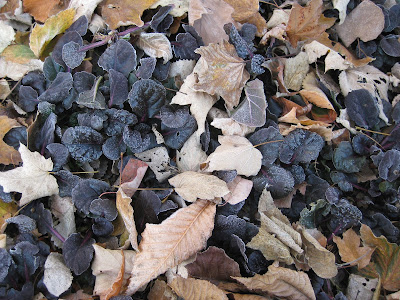 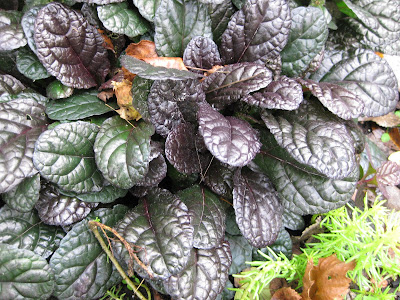 Ajuga reptans ‘Chocolate Truffles’ (above and with frost below) 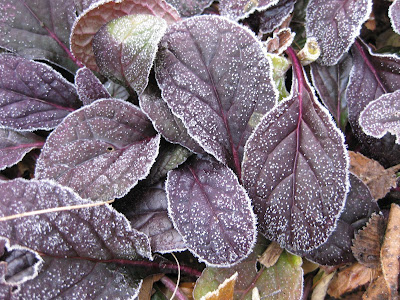 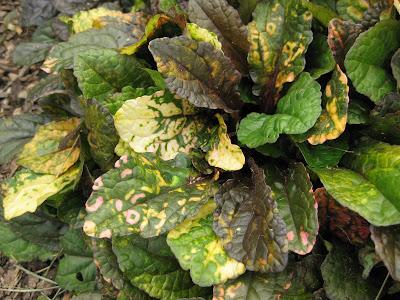 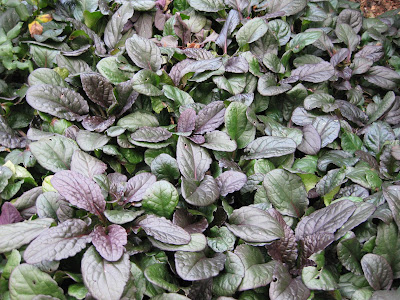 Ajuga reptans ‘Caitlin’s Giant’ (above and below)