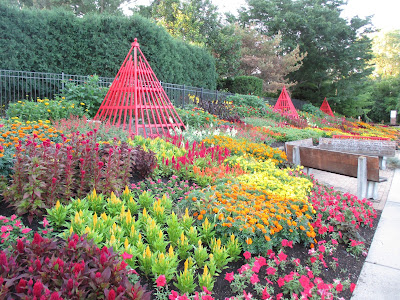 Today had a bit of drizzle although I had hoped for some more rain to be honest.  However, the overcast skies sure made the color pop.  A great example is our red/orange/yellow theme seen above in the entrance garden.  Peak color should be in the next week or two in this location. It’s filling in nicely!  I had some meetings today but was happy to see such a great volunteer turnout despite the chance of significant rain.  We had a very productive day with both staff and volunteers working on a wide range of projects.  One project involved weeding the Potter Daylily Collection which is peaking right now (see one featured variety below!). 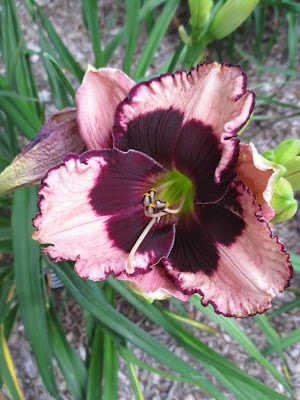 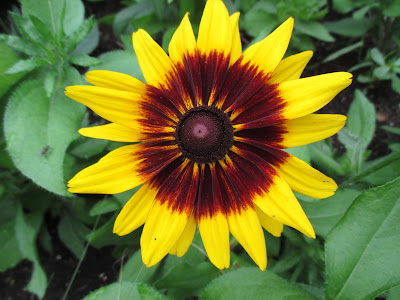 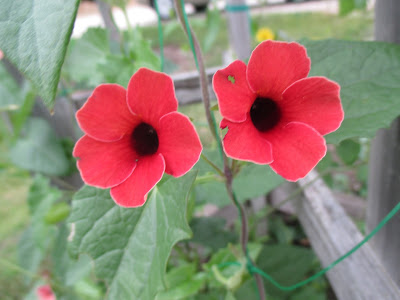 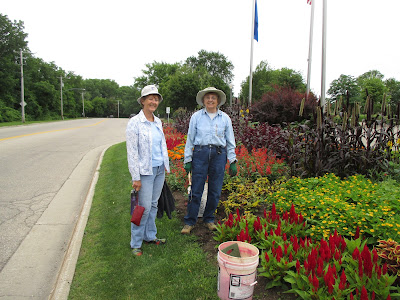 Weeding seemed to be the order of the day for most of our volunteers this morning. Above are Sandi (left) and Shirley working in the front entrance garden berm.  We’re working on another wave of weeding in many locations around the gardens.  Directly below is Vera getting ready for some action weeding amongst the daylilies (Hemerocallis).  Our weeding team also included Peg, Marilyn, Suzie, Bonnie, Kathy and Eva (see photos further down).  Ed was in for path work while Alan and Ron R. worked on edging in the Alphabet Jungle Garden.  Ron Y., Dave and Jim worked on carpentry projects which also include the construction of more obelisks to be sold in the Cottage Garden Gallery and upcoming Fall Plant Sale (September 12th and 13th…more info soon).  Vicky did a whole lot of weeding this afternoon and Gary worked on more labels.  Dick H. ran to the dump and cut up more label stakes for us and we saw Karen M. and many others.  Dr. Gredler also did his Thursday mowing rounds. 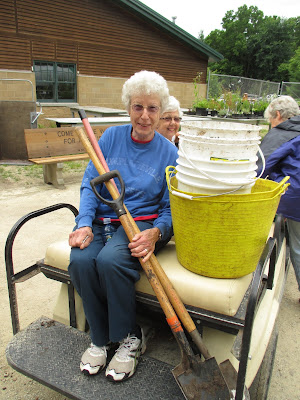 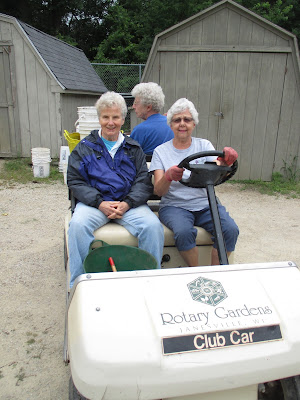 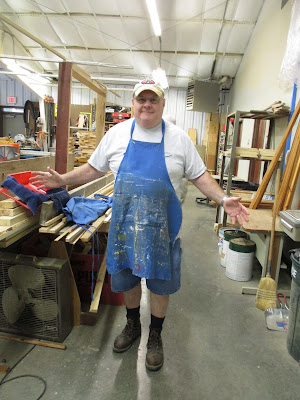 Ron Y. sporting an apron (that he wears 365 days per year oddly enough…) 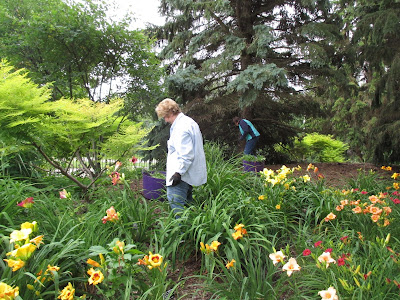 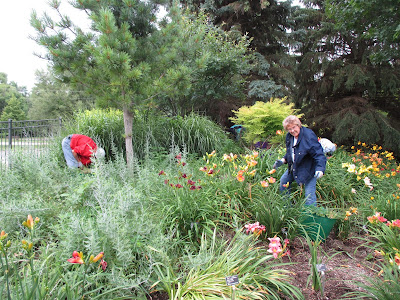 Eva (in red) and Kathy weeding 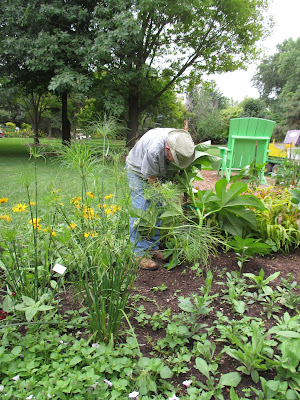 Above is Larry staking some of the castor beans (Ricinus communis ‘Zanzibariensis’) which will soon need that additional support as they gain more size.  Larry also worked on water features, tent takedown and some other projects.  Big John did some pressure washing work, tent takedown, planting, staking and myriad other projects.  Janice did quite bit of organizing in the yard and had many other projects.  Nolan and Trevor worked on path improvements, mulching and some indoor projects during the drizzle.  Aside from some meetings, I continue to work on upcoming events and have a presentation tonight on Vertical Gardening. 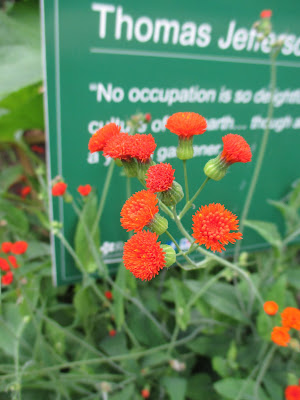 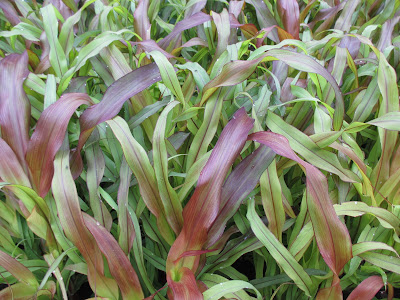 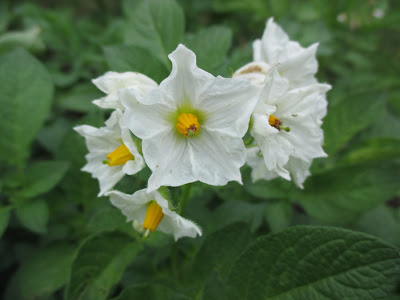