The yellow magnolias like ‘Elizabeth’ (Magnolia hybrida) seen above are starting to bloom now and their “duration of interest” will be extended with the recently cooler weather.  Some evening temperatures will get close to 40 degrees F which at least isn’t freezing!  The gardens continue to explode with color and I can’t believe how many more tulips (Tulipa) are blooming in front of the Parker Education Center.  The early and mid-season selections are in full swing although the late season varieties have yet to show color.  Mother’s Day should be very nice out in front!  Dandelions (Taraxum officinale) are blooming now too as is garlic mustard (Alliaria petiolata) so we’re on the prowl.  The grounds staff and volunteers had a very productive day on this chilly, overcast April 26th.

Kathy and Eva helped Cindy plant caladiums (for our Caladium Collection!) this morning while it was still chilly out.  The ladies later went to the sunken garden for some weeding and tidying.  Kay was in to continue her tidying efforts on the far West side of the property where bindweed runs rampant and unchecked.  She continues to do battle and always does a nice job.  Dick H. was in to work on cutting down some small evergreens and later had help from Bill O. with that task. The guys also worked on one of the vehicles. Dr. Gredler was in for mowing and Maury had many errands today.  We also saw Sandy C., Maryam P., Karen B., Marleen and many others today.  I believe Karen was in the Japanese garden today raking (maybe with Janice).  Shawn was also on site getting water features prepped and ready for the season.

Cindy did some potting this morning and continues to do a nice job organizing the greenhouses.  She moved on to watering, refreshing the cutting display and composting.  Larry composted a large amount of space in two areas and helped with some watering duties.  Big John finished getting the sunken pool in order and functional.  He moved on to filling more containers, rototilling, watering, etc.  The entire gang helped unload our first delivery for the Spring Plant Sale (see www.rotarybotanicalgardens.org for more information!) which included lots of tomato and pepper plants. 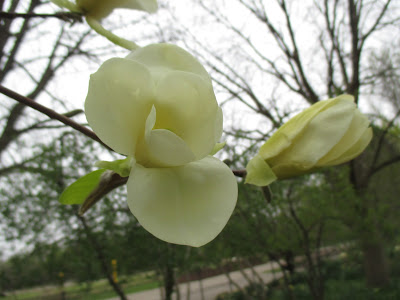 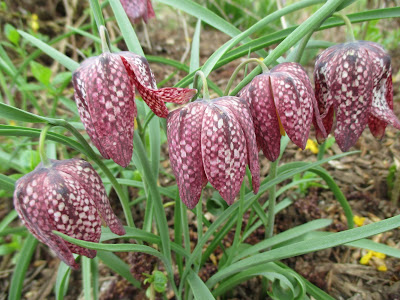 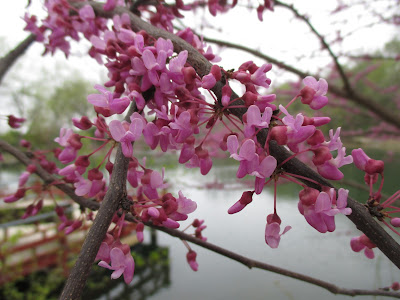 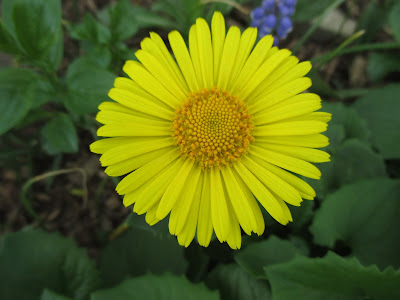 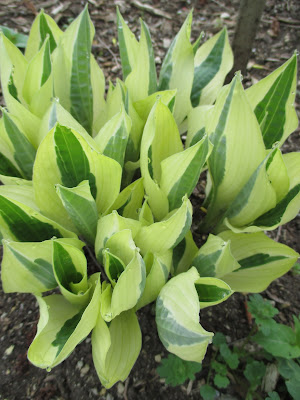 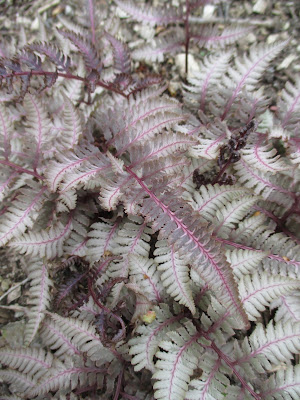 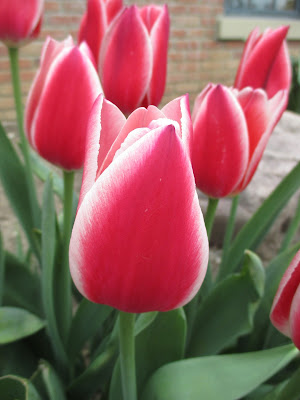 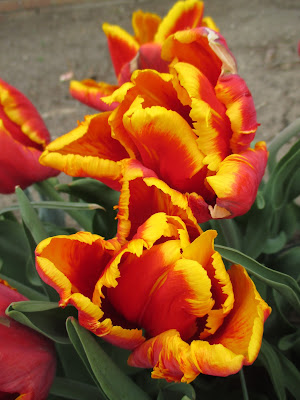 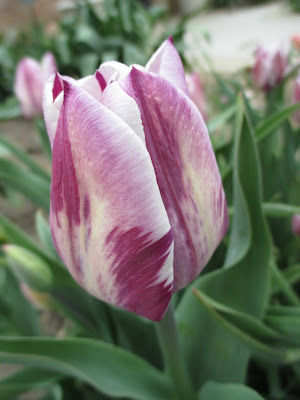 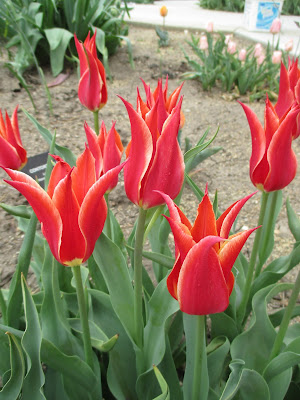 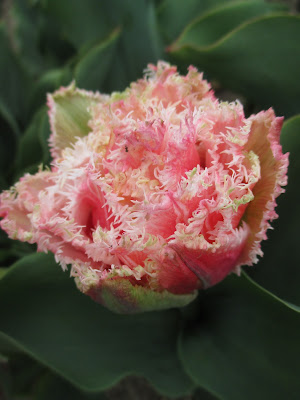 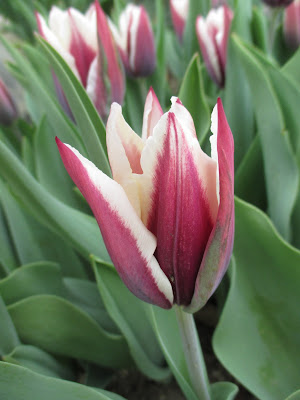 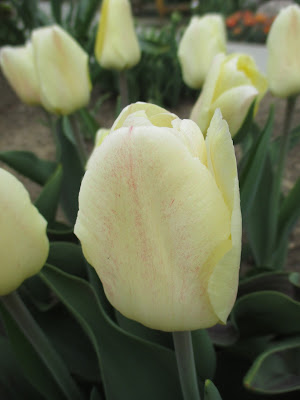 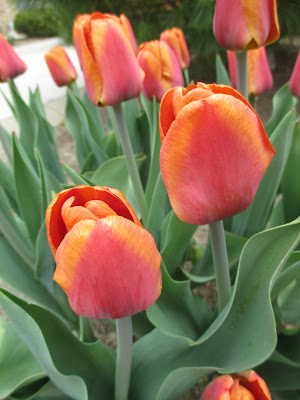 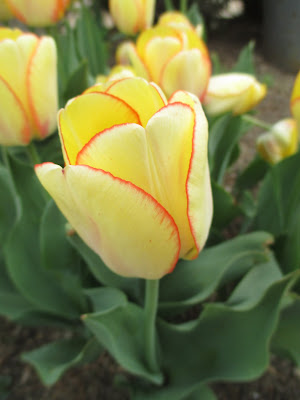 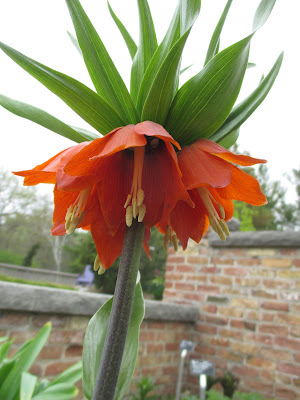 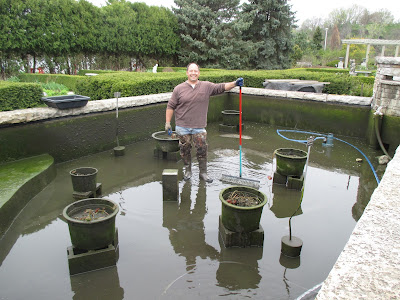 Shawn W. was on site to clean up the koi pond which will be up and running soon (after all this fish poop is removed!) 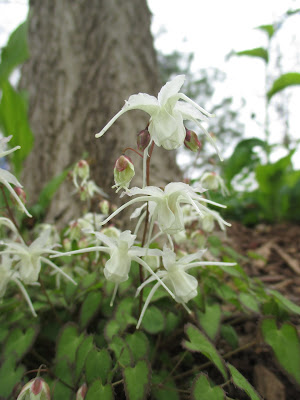 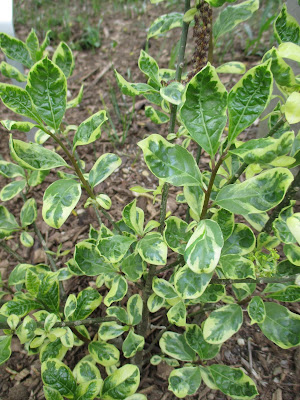 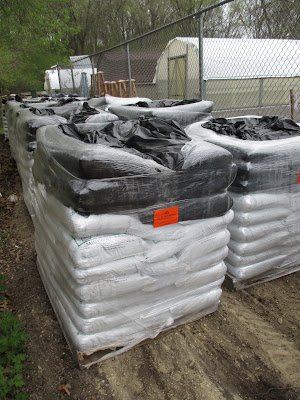 This Friday and Saturday (8 am – 4 pm), the Golden Kiwanis Tree Sale will be occurring at the Horticulture Center and will feature 2-3 year old transplants (Colorado blue spruce, Eastern arborvitae, white pine, red maple and red oak) for $2 each.  For 50+ trees, there is a 10% discount!  During that same time (and same location), we’ll be selling bagged compost (see above) for $6 per bag (1.5 cu. ft., 45 lbs), daylily (Hemerocallis) divisions from the gardens (see below) for $5 each or $4 each for 5 or more and pansies (second photo down).  The pansies are $12 per basket, $7 per large pot or $2 per 4-pack ($24 per flat).  RBG Membership discounts apply to everything but the trees. 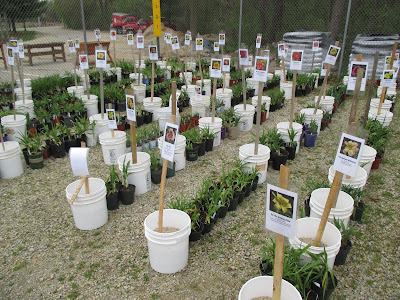 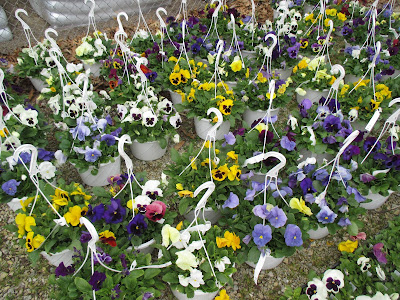 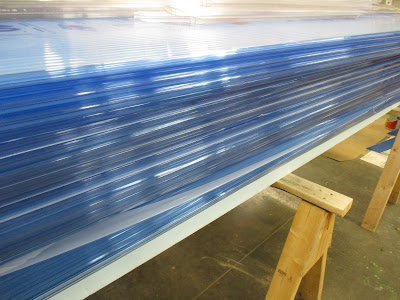