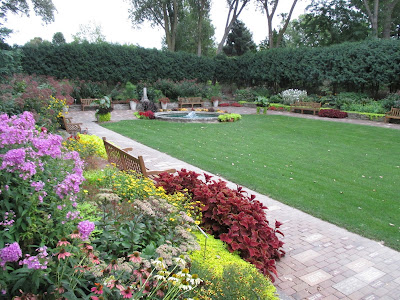 The day was again overcast and cool with temperatures barely reaching 70 degrees F.  It looks like we’ll have a nice “warm up” next week with temperatures reaching the upper 80 degrees and low 90 degree range.  Most of our staff and volunteers today had multiple layers on due to this cold snap.  Some warmth (and consistent precipitation) should help extend the health and vigor of our seasonal plantings.  We had a strong volunteer turnout today and the entire grounds crew was here today as well.  We are not lacking in color as based on the images shown in the blog.  Above is the sunken garden looking vivid this morning. 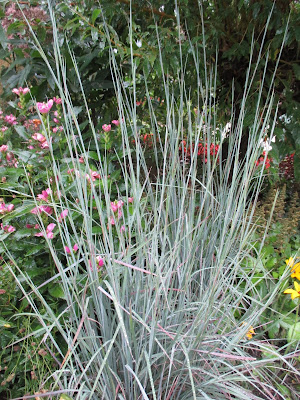 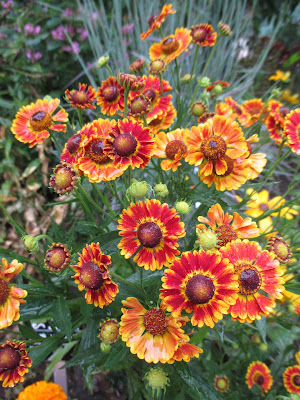 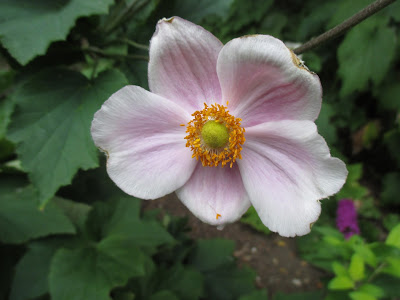 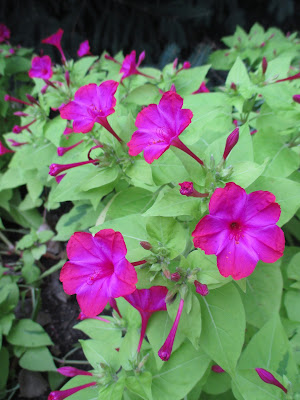 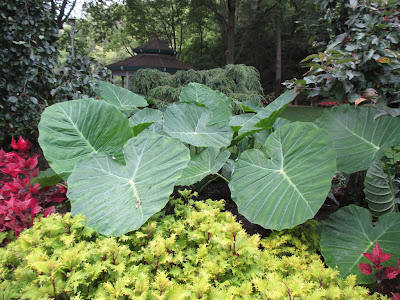 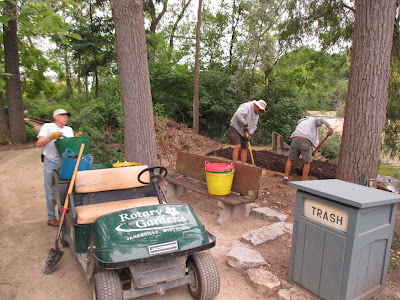 The grounds staff all had myriad tasks.  Above are Larry H. (far left), Big John (center) and Terry. The guys were working on planting a new tree and composting this area which we are reclaiming from a previous history as an overgrown weed bed.  This is prime real estate by the arched bridge and we’ll continue on this project throughout next year as well.  The guys planted a new birch tree and Larry spent most of his day composting this space and potting up some daylilies (Hemerocallis) with Cheryl.  John and Terry also had significant watering duties, pond clean-up, container watering, shearing, etc.  It was a busy day for everyone.  Cheryl spent time in the woodland walk garden as well.  Cindy did a nice job weeding and tidying a large berm and did some hand watering as well.  Janice watered, tidied and worked with the Chestnut House volunteers late this morning.  Bob K. worked with John on pond clean-up, had lots of equipment repair and continues working on his graveling project out in the yard.  I was able to tour the gardens and flag more planting sites for later this week.  I spent most of this August day getting organized for the Fall Plant Sale and Holiday Lights Show which are both quite involved!  It was a collectively productive day for everyone! 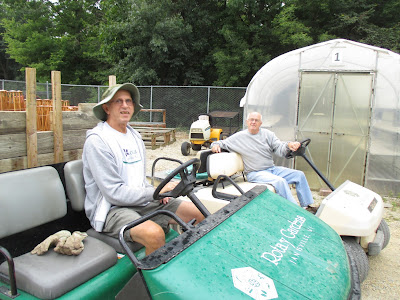 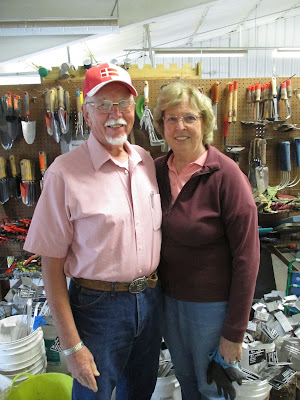 Our volunteers had a super day out there.  Kathy was in early and headed out for more weeding in the Alphabet Jungle Garden.  Above are Roy and Mary who headed out to their assigned garden section (shade garden) for some primping.  Kay did another fabulous job installing more plants and has caught up to me placing them for planting!  She put in 80+ plants and many of the locations were not blessed with easy digging!  Gena, Mary, Myrt and Nancy converged on the Potter Daylily Collection for weeding and primping.  Pat was in for some projects and Maury ran more errands.  Dr. Gredler aerated some lawns and Vern dabbled in carpentry today.  Marv B. was in to work on his moss garden areas which still look great.  We also saw Dr. Yahr, Rose N. and many others today including our Chestnut House volunteers like Janelle seen below after digging potatoes at the Horticulture Center. 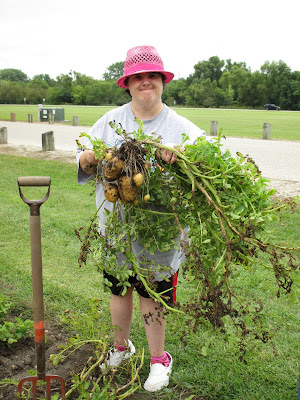 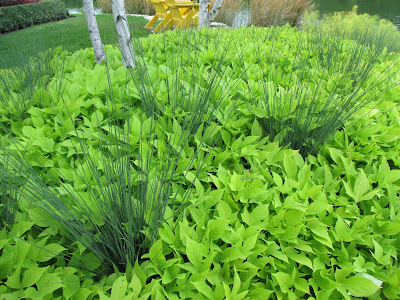 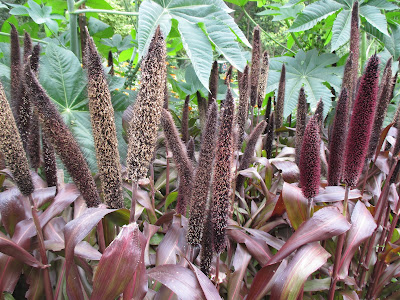 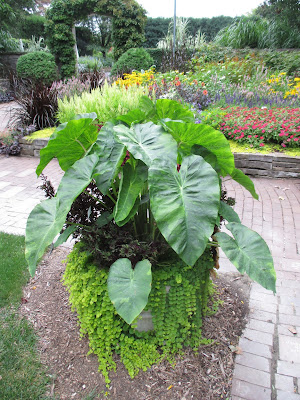 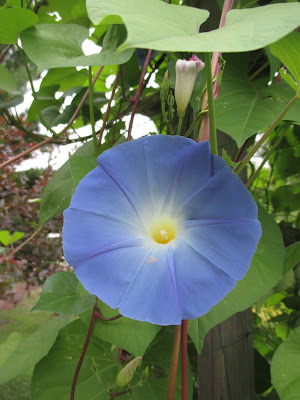