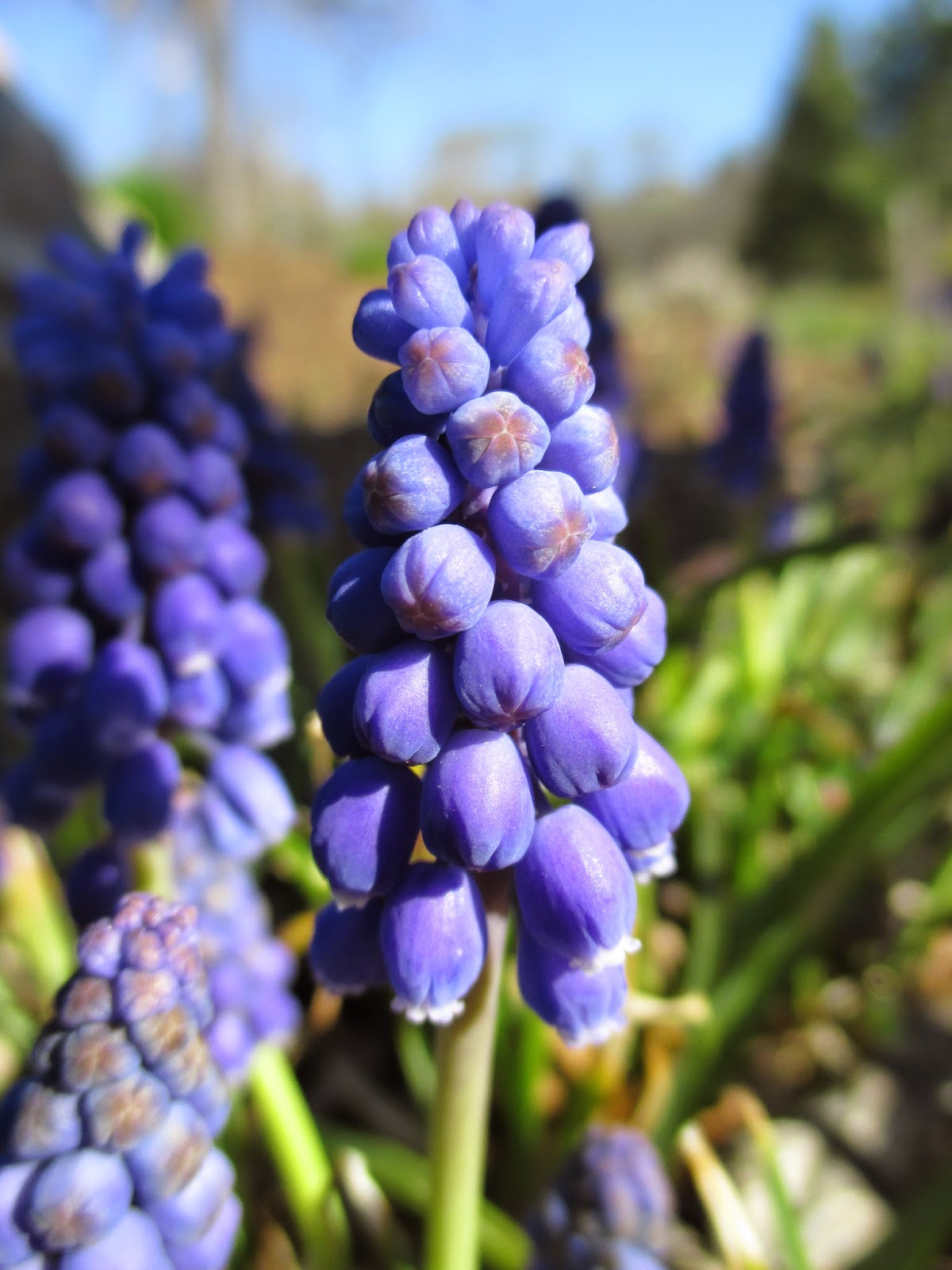 It was a lovely day at the gardens with ample sunshine and temperatures near 63 degrees F.  There was plenty of color out in the gardens and it wasn’t hard to capture beauty like that of this grape hyacinth (Muscari armeniacum) seen directly above.  We had a great weekend with a successful Compost/Pansy Sale and the Golden Kiwanis Tree Sale occurring on Saturday. We will continue to sell pansies and compost up to (and beyond) our looming Mother’s Day weekend Spring Plant Sale.   The Earth Day activities at the Parker Education Center were also a success and we had a strong turnout for our volunteer training (Garden Ambassadors, Tour Guides and our Sunday Watering team).  The grounds staff had a busy day today and we had lots of volunteer assistance throughout the day with a strong Grumpy turnout this morning.  Further below are some additional photos from this morning. 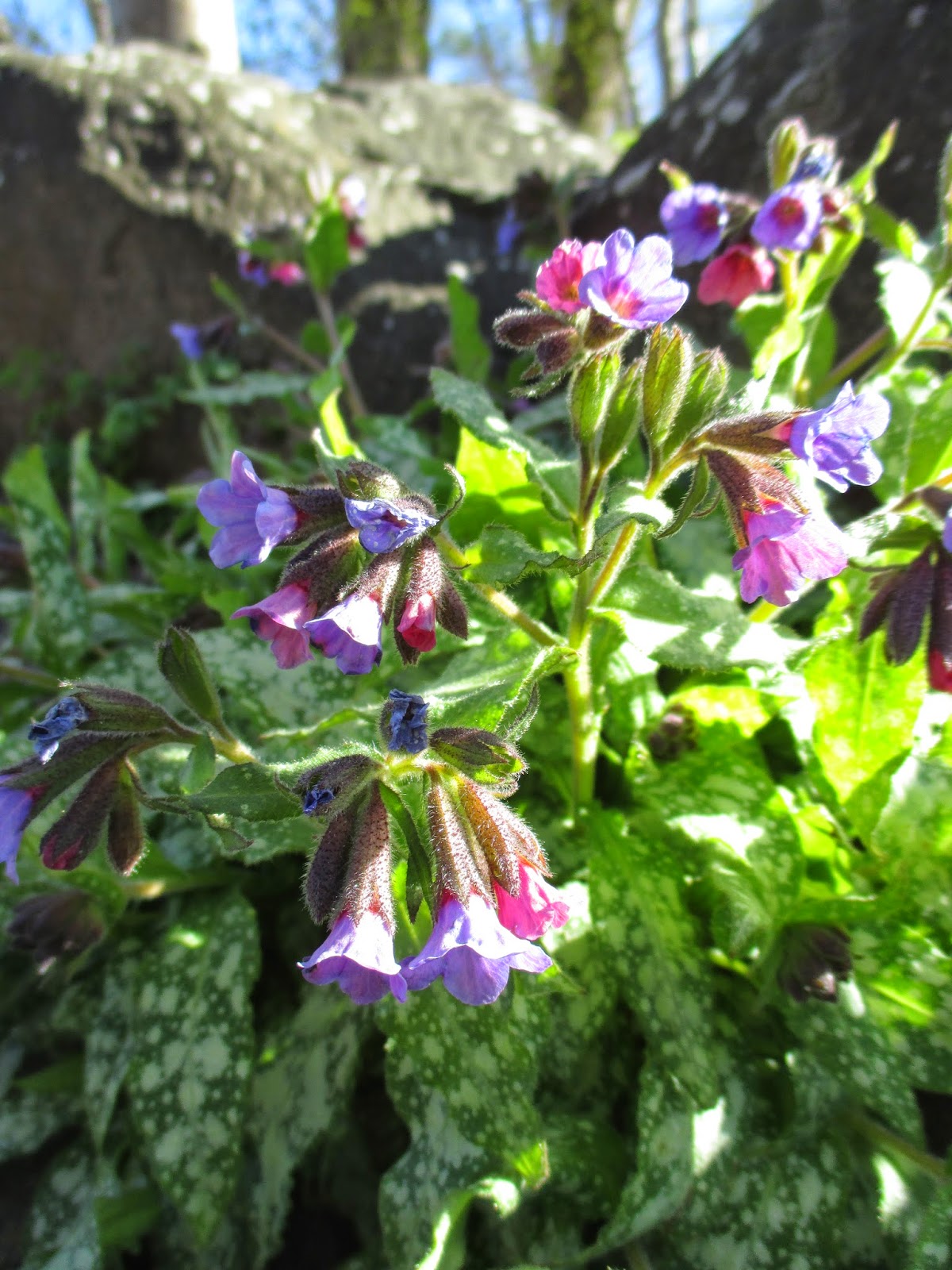 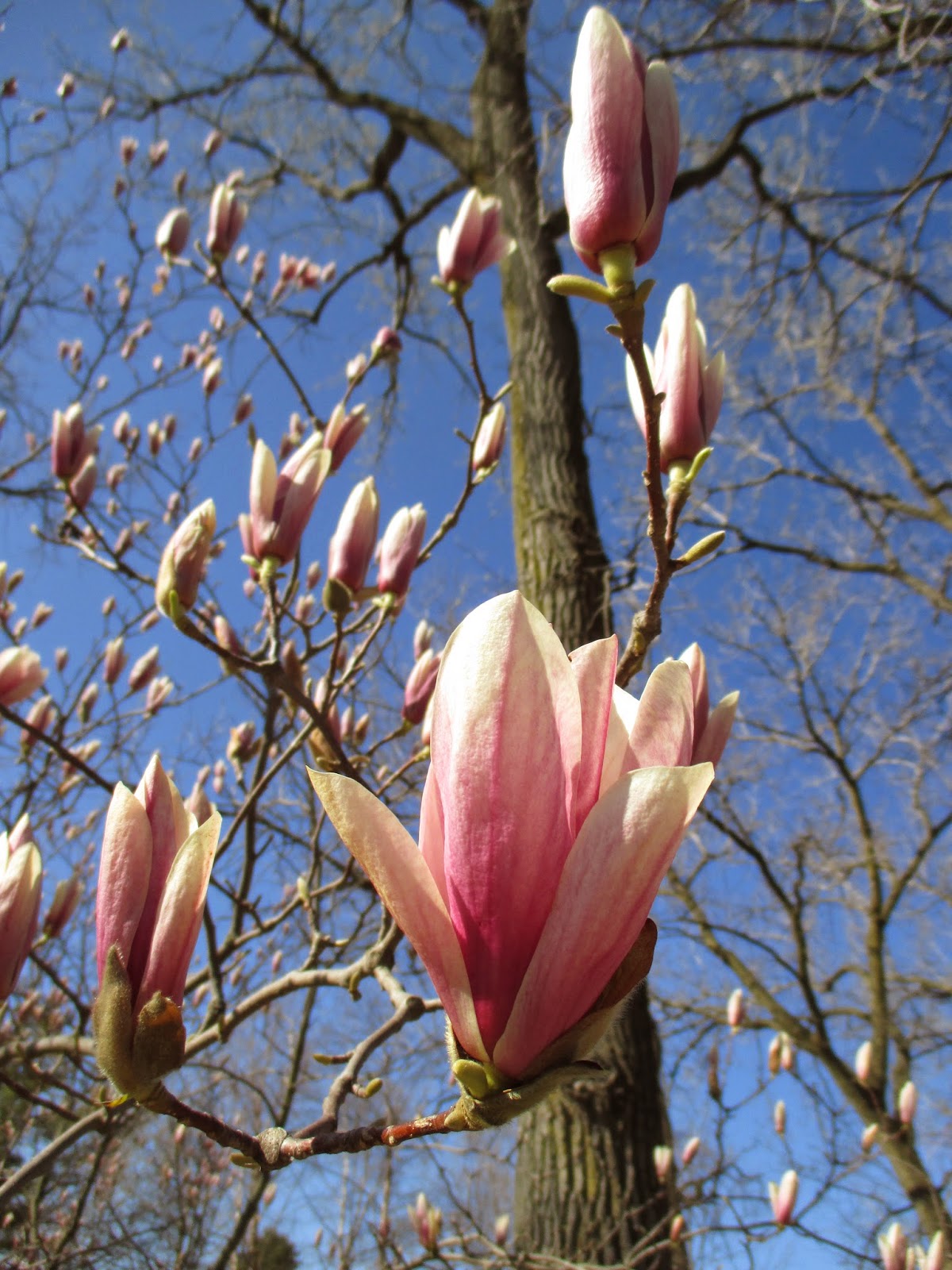 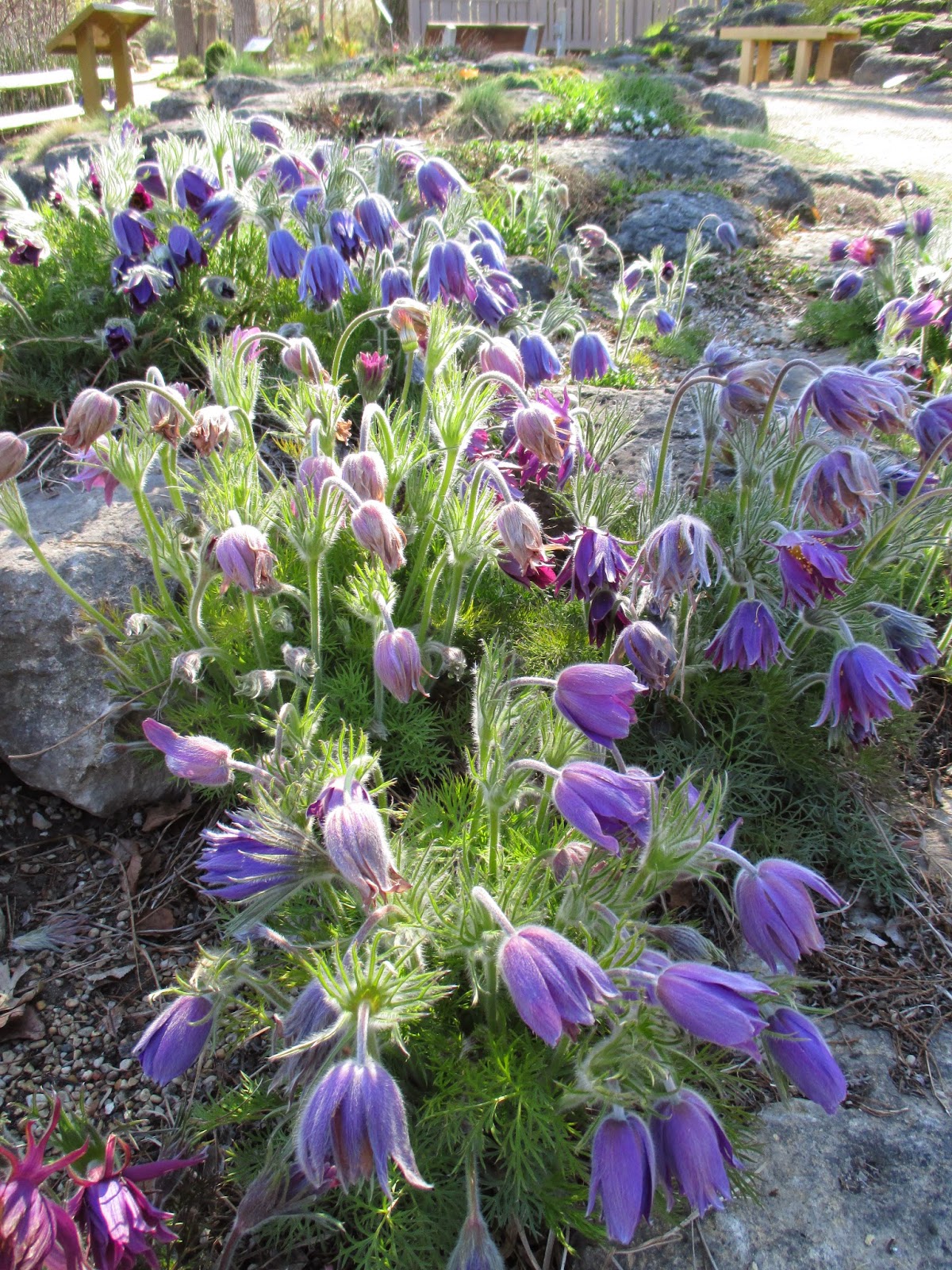 patch of pasque flowers (Pulsatilla vulgaris) waking up this morning 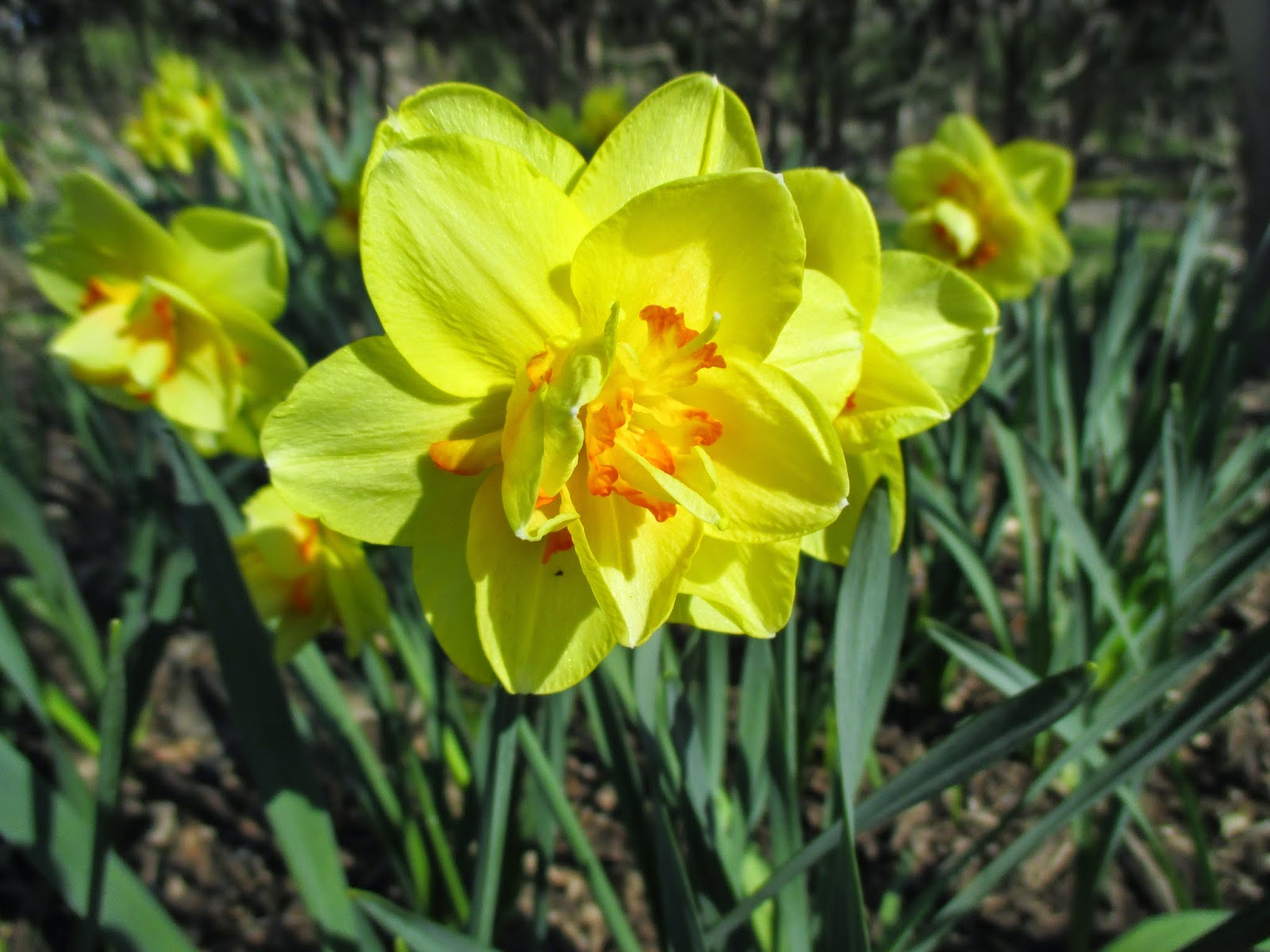 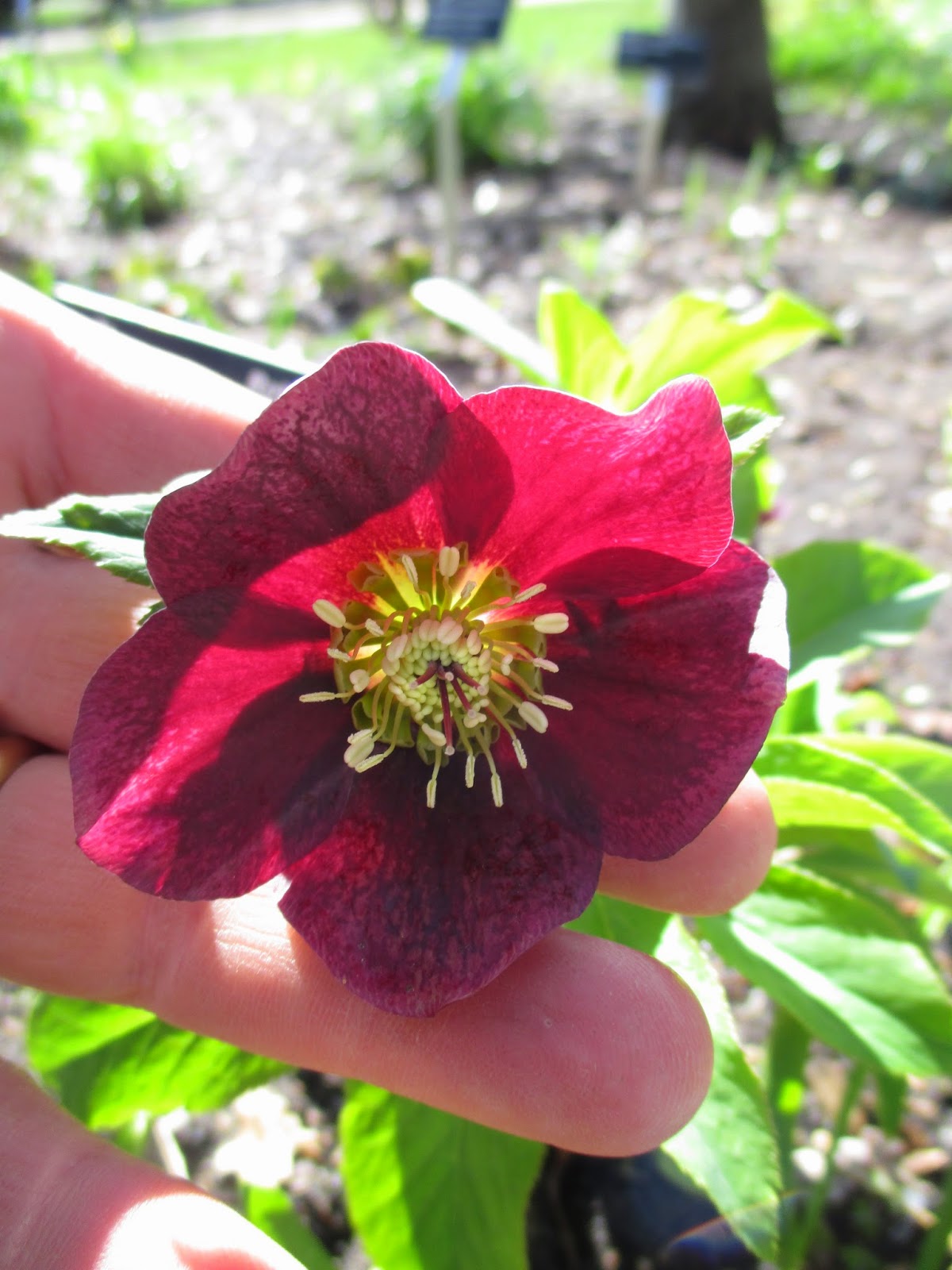 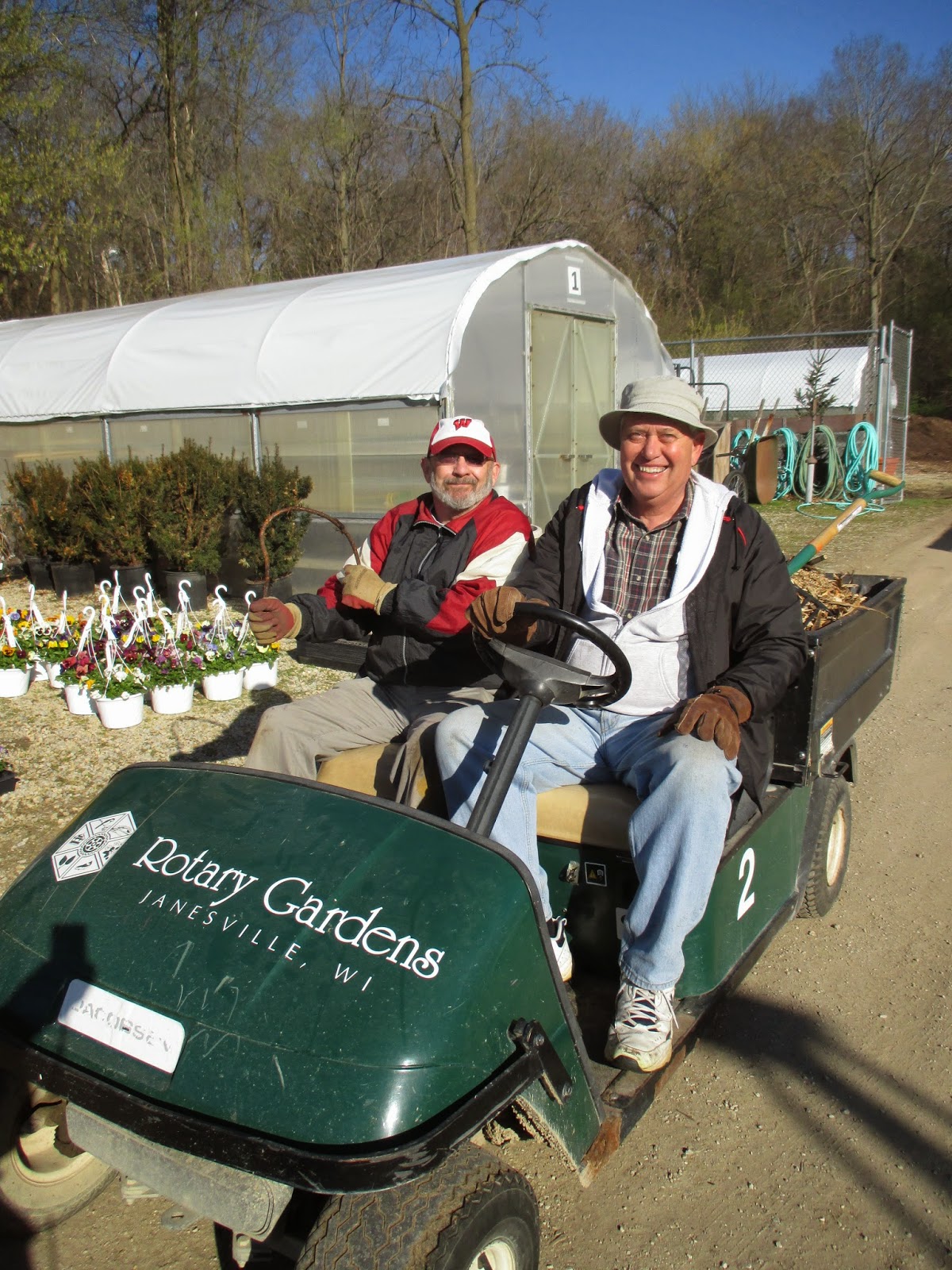 The Grumpies sprung right in to action today.  Above are Alan (left) and Ron P. headed out to work in the arboretum where they were weeding the mulched tree circles first, then applying a fresh layer of mulch.  The guys are doing a great job.  Below are Ron R. (left) and Larry H. on one of their many trips to load up compost and spread it over the reception garden.  The guys did a great job and composted almost the entire garden.  The second photo down shows Bob C. (left) and Ron W. working on tidying up the East parking lot which really needed their attention.  The guys hauled out many loads of debris and that parking lot looks the best it has in years!  Vern, Dave, Ron Y and Bob K. worked on carpentry projects which includes making some new chairs along with many other smaller projects.  Bobby K. was here all day and also helped with electrical work and other helpful tasks. Del was in for more painting and Kathy (third photo down) did a great job mulching.  Hard to believe that she didn’t quite get through those three massive piles seen in the photo.  Jenny worked on more signage and headed out to tidy up the fern & moss garden.  Pat M. continued work on one of the giant obelisks that we’ll help get in place later in the week.  Gary worked on signage and Rollie ran to the Milwaukee-area to pick up some of our new memorial bricks.  Maury worked on odd jobs and ran errands for us while Dick H. hauled debris to the dump, went on a gas run and worked on some vehicles.  Dr. Gredler was out mowing and aerating (fourth photo down) and this is the perfect time of year for this activity.  Karen M. was back in action in the Japanese garden as well.  We also saw Bev F., Gail, Linda B. and many others. 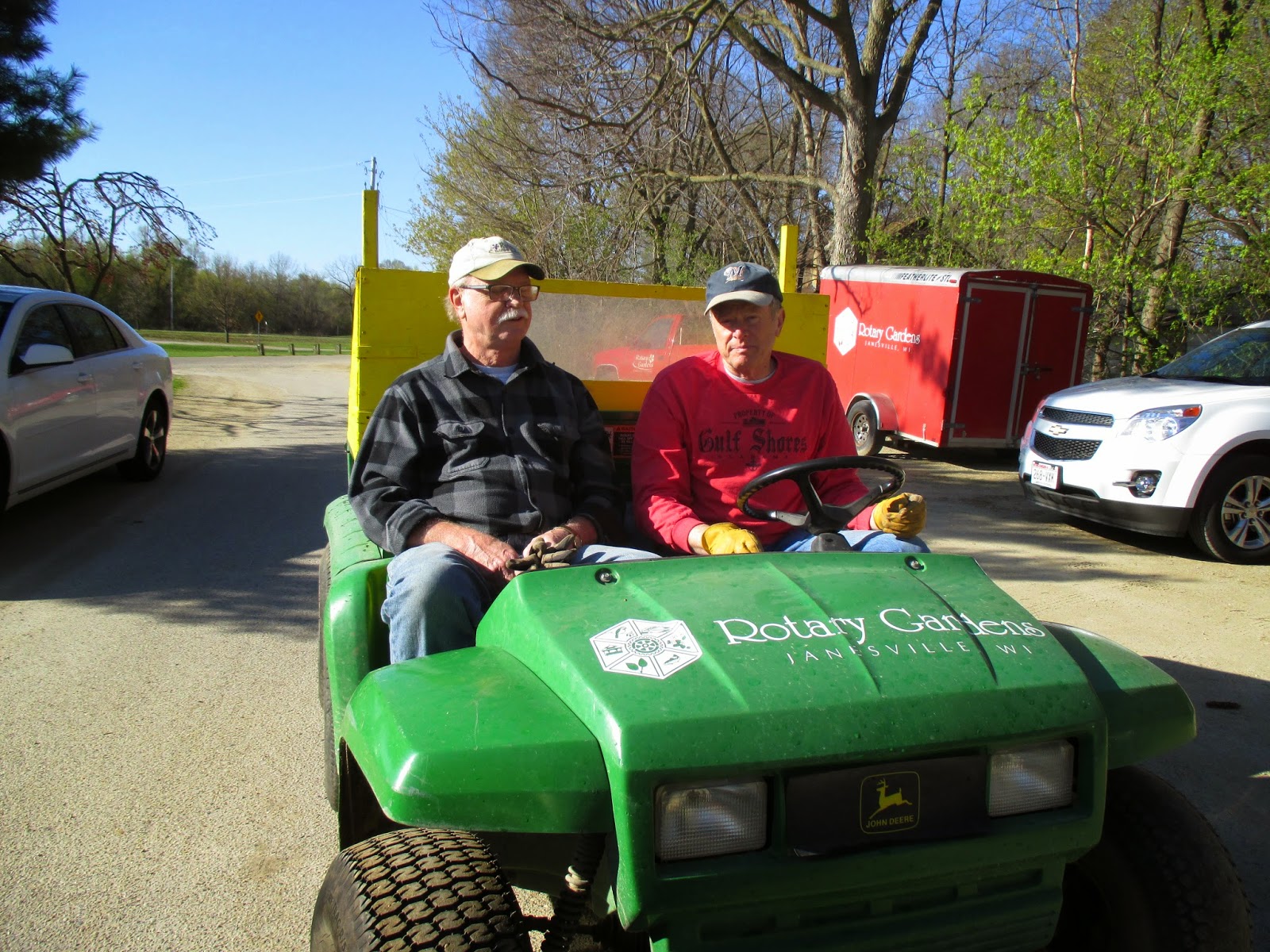 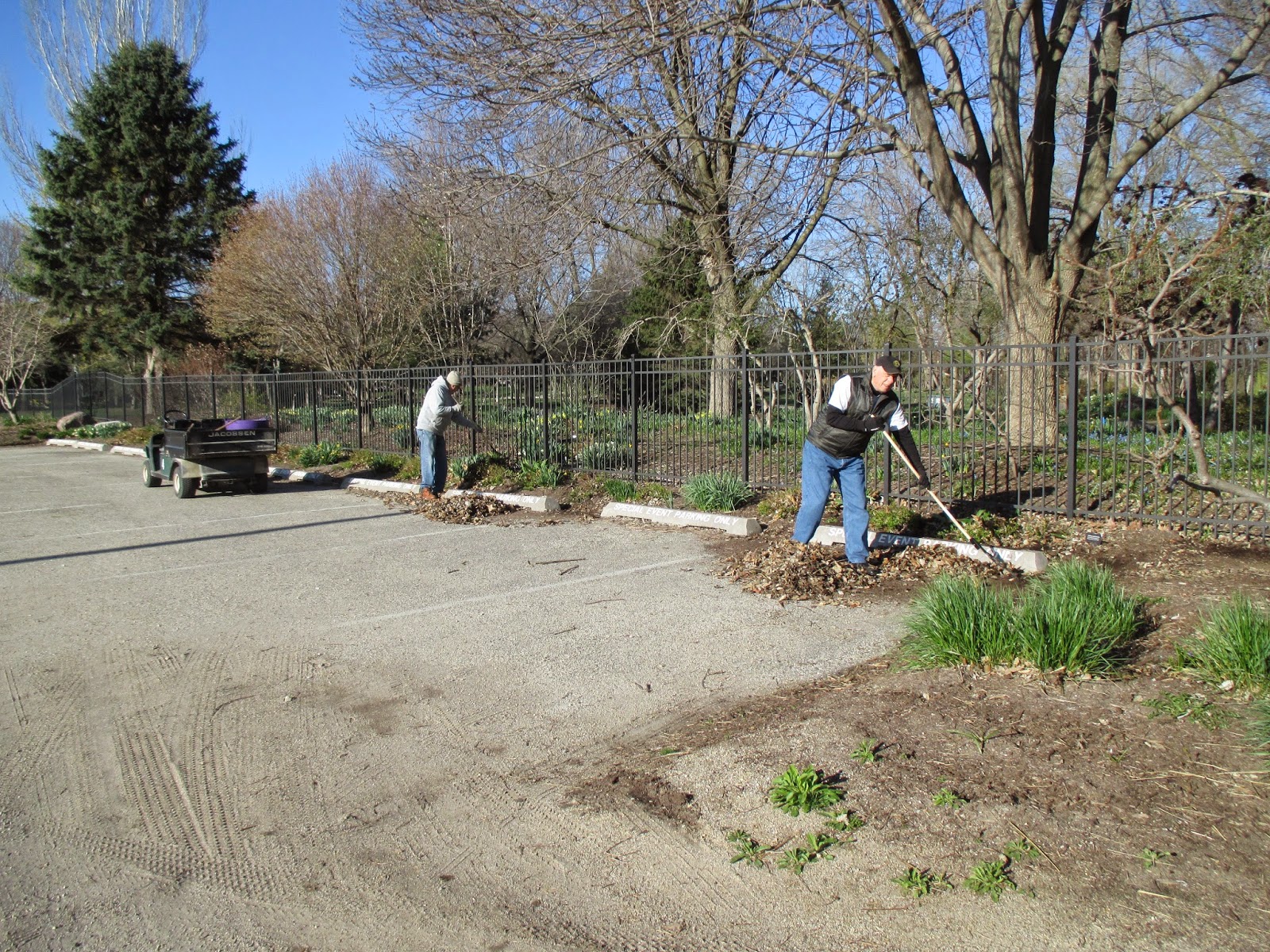 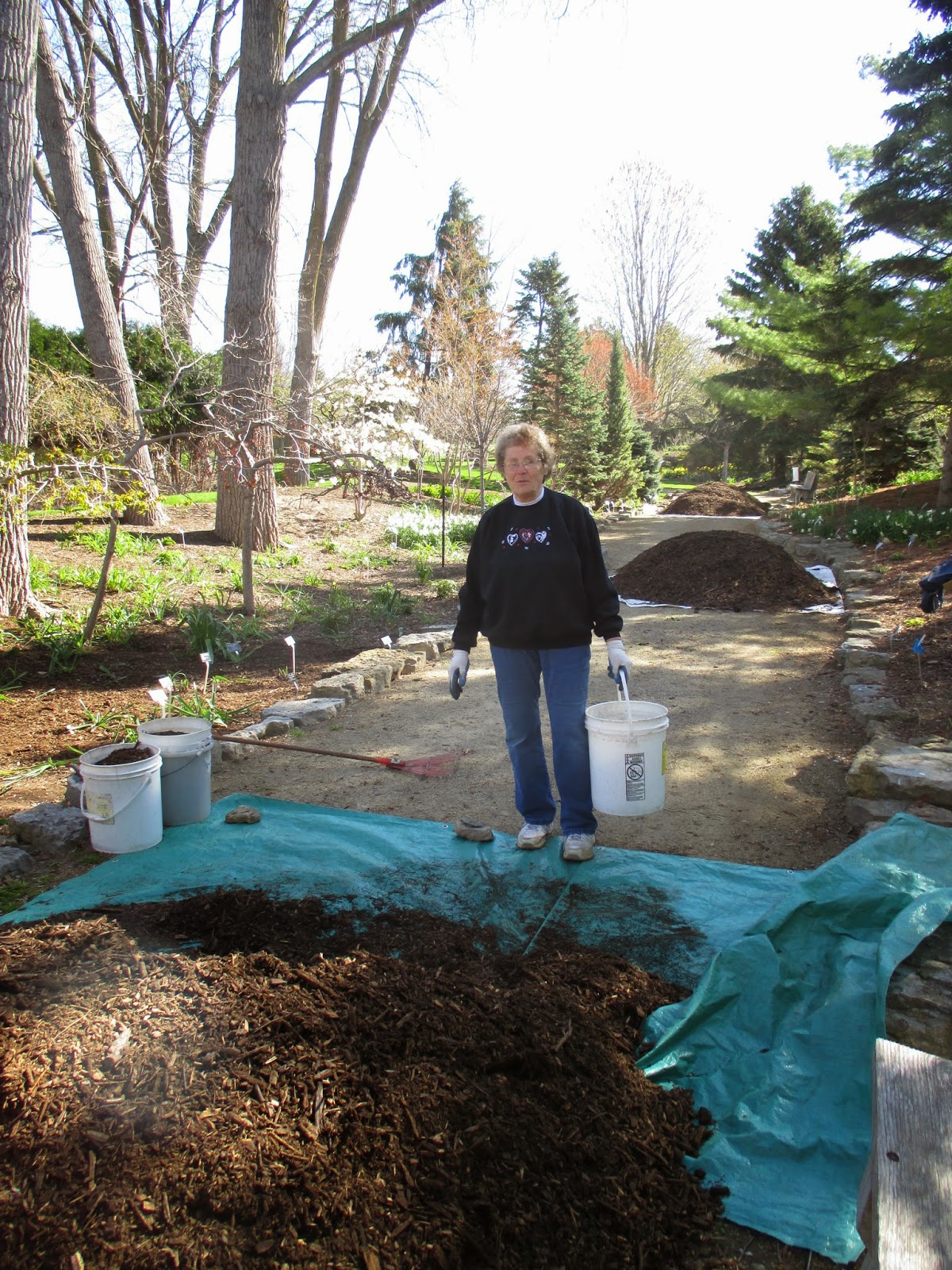 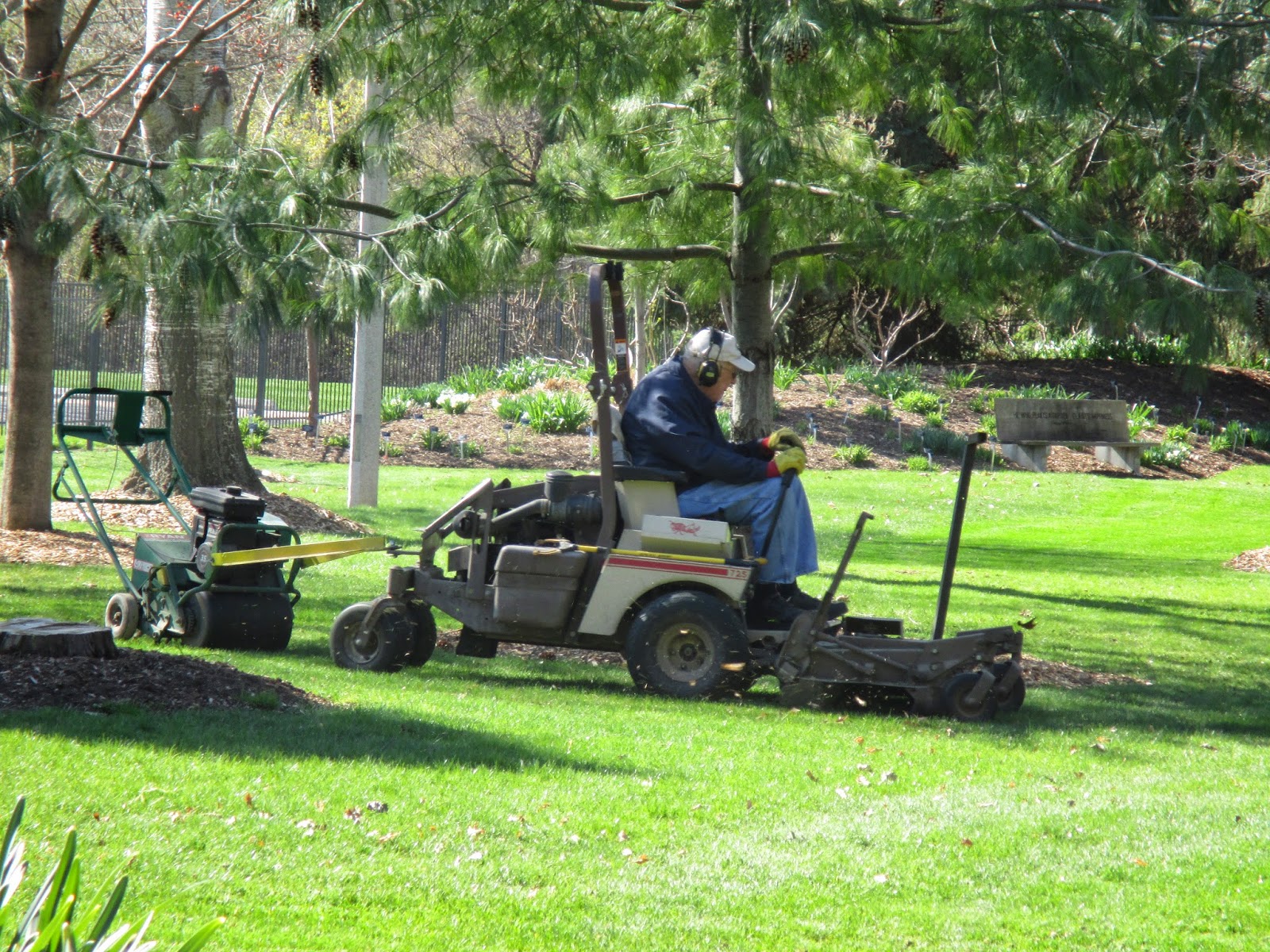 The grounds staff had no shortage of tasks.  Cindy planted a lot of lilies (Lilium) in the Nancy Yahr Memorial Children’s Garden where they will contribute greatly to the Smelly Garden theme this year.  She also weeded, watered containers and took care of all the yard/greenhouse watering as well.  Larry helped with some activities around the koi pond, ran irrigation and bounced between some additional projects like irrigation repair.  Big John and Terry worked on staging mulch (for Kathy!), preparing chairs for painting, edging and other projects.  I was able to get outside to plan our next priorities and sprayed my first batch of herbicide as the weeds are coming up in earnest now.  More color below from today out in the gardens! 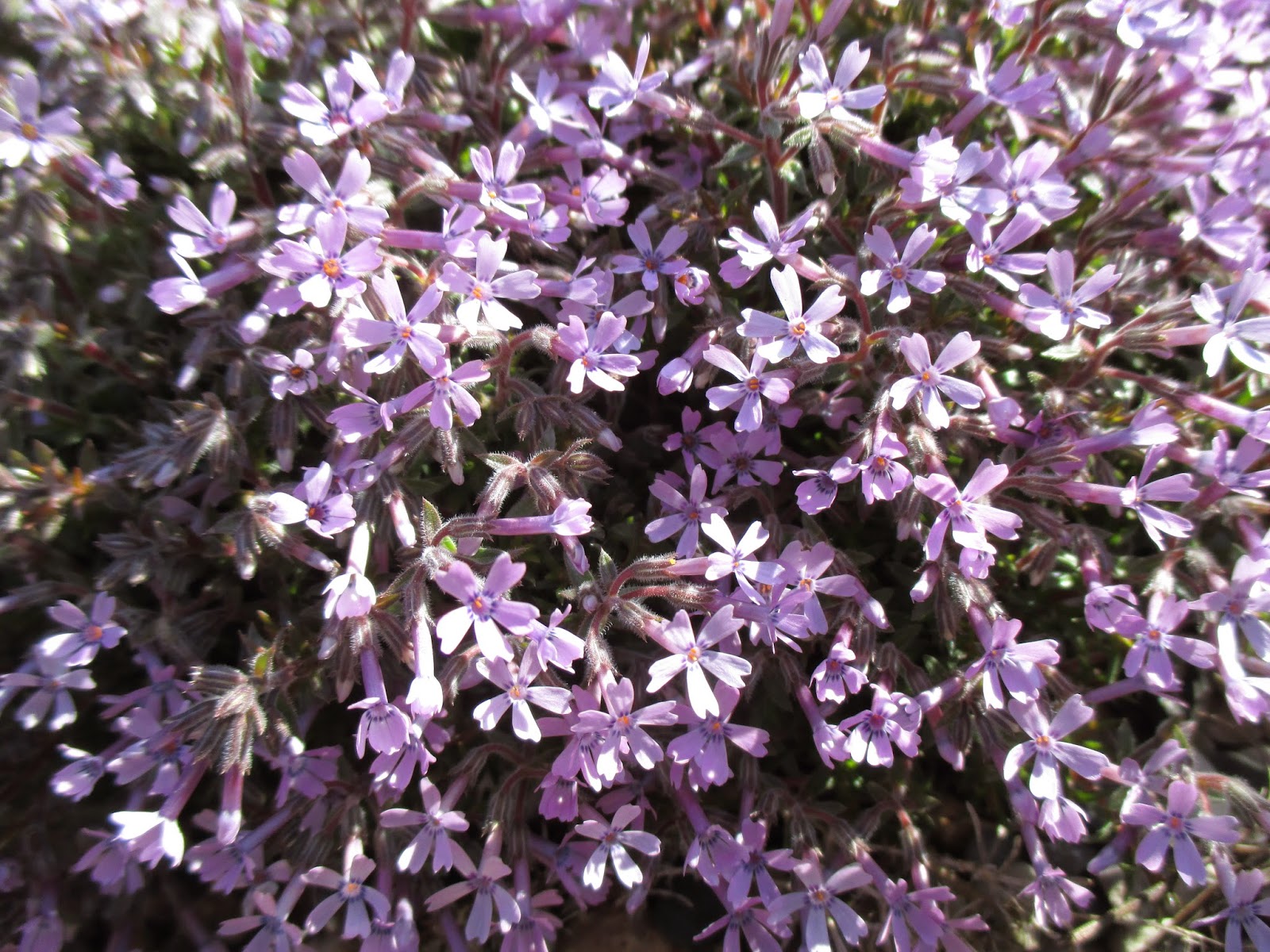 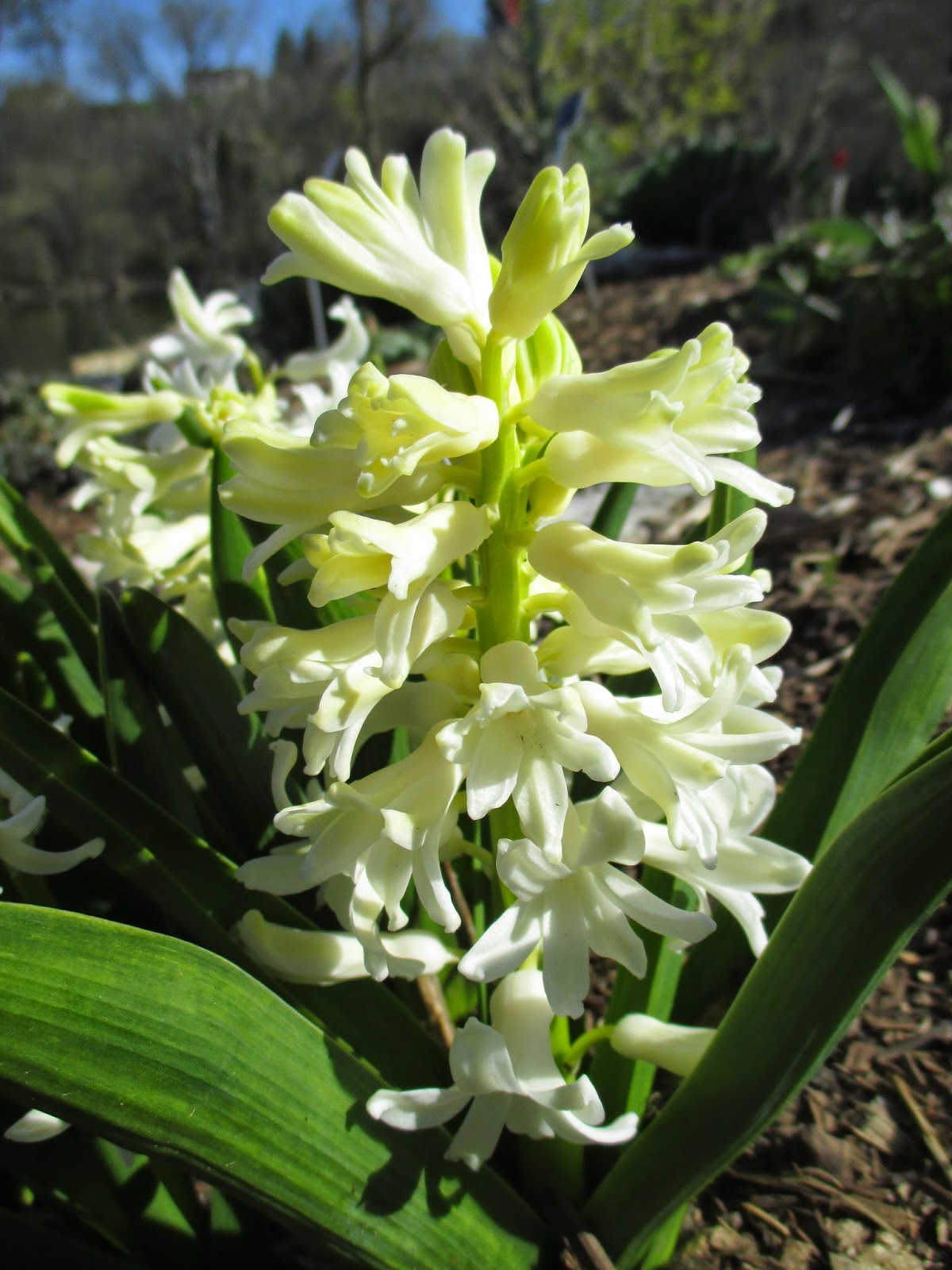 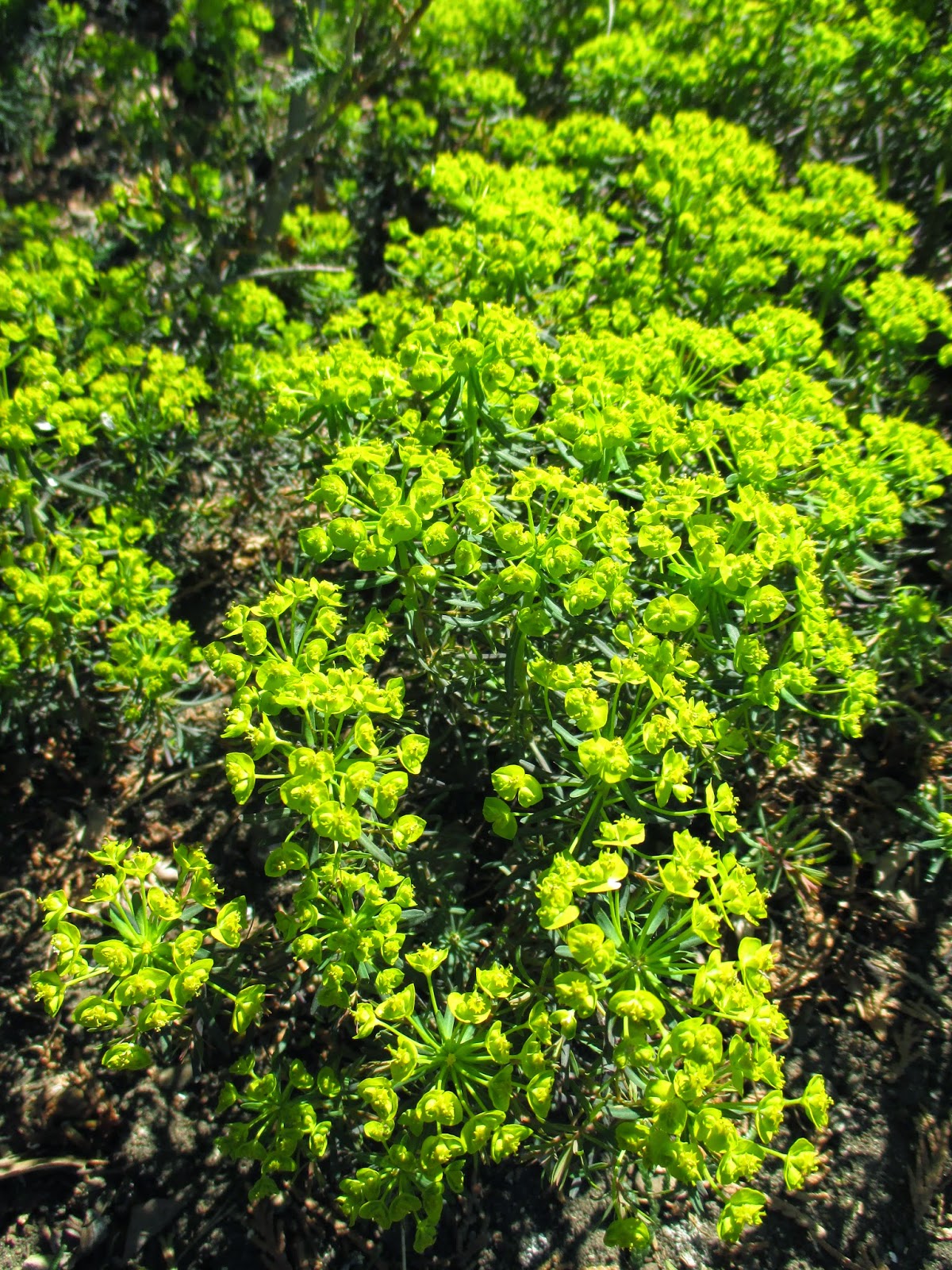 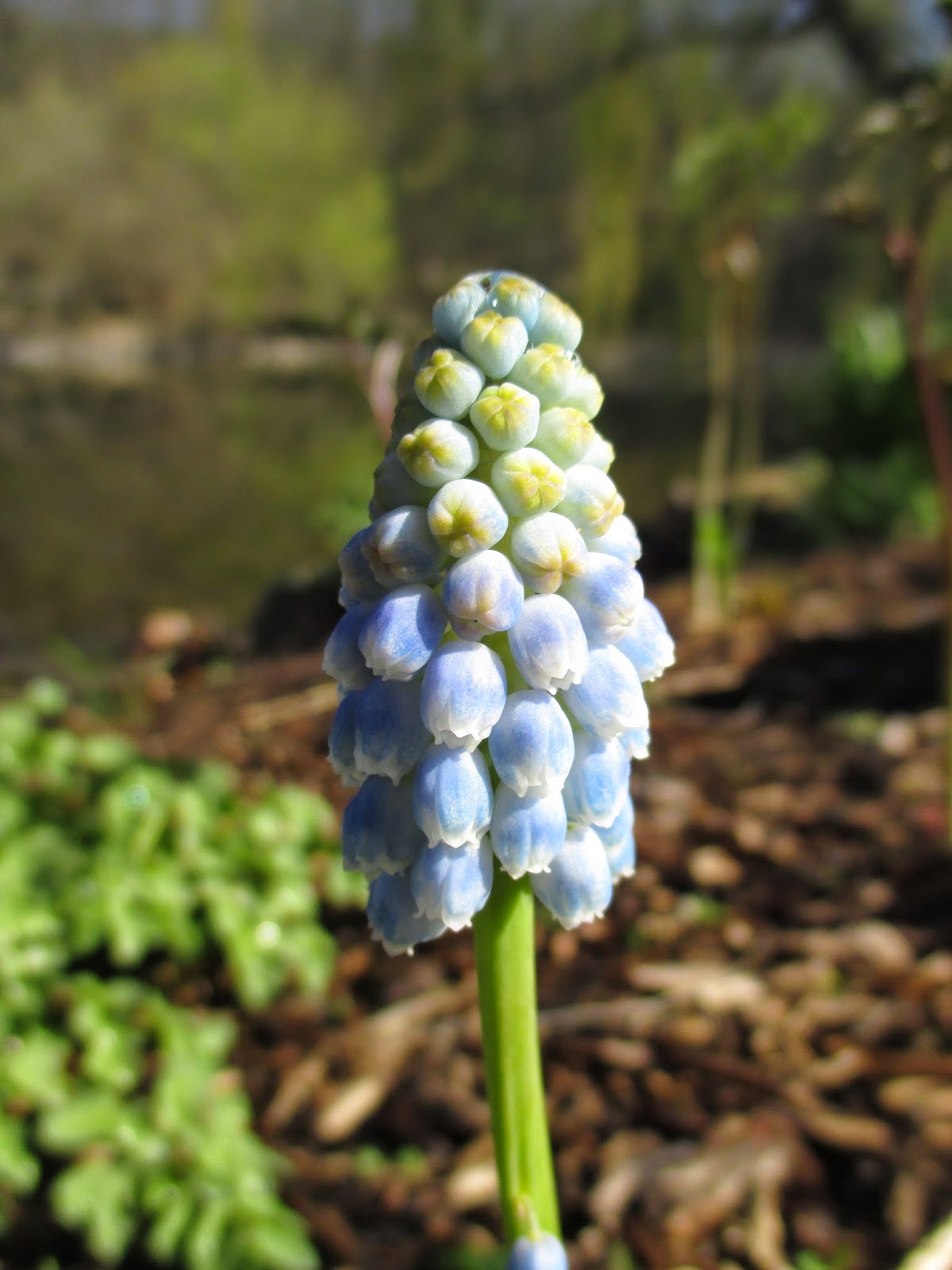 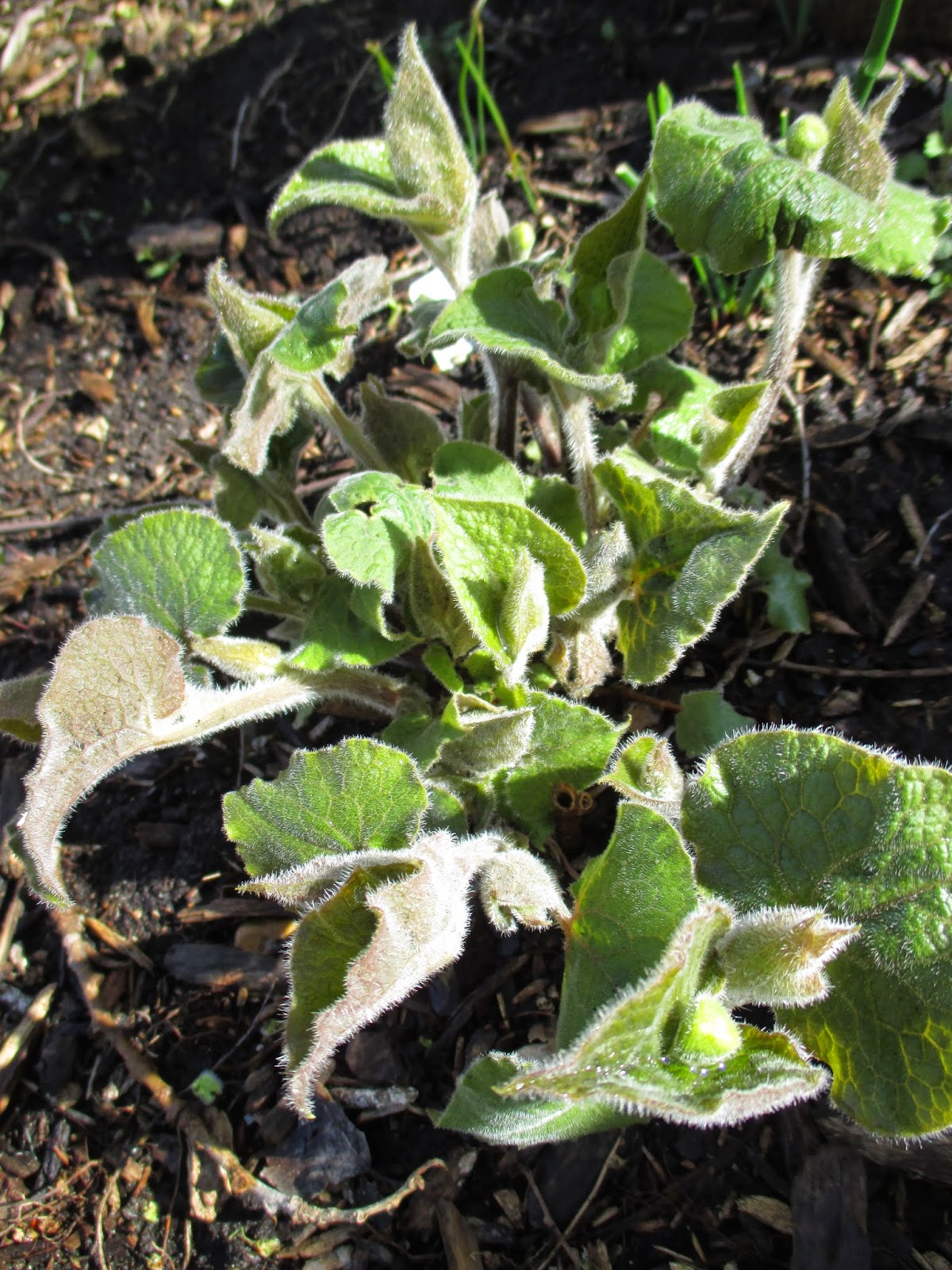 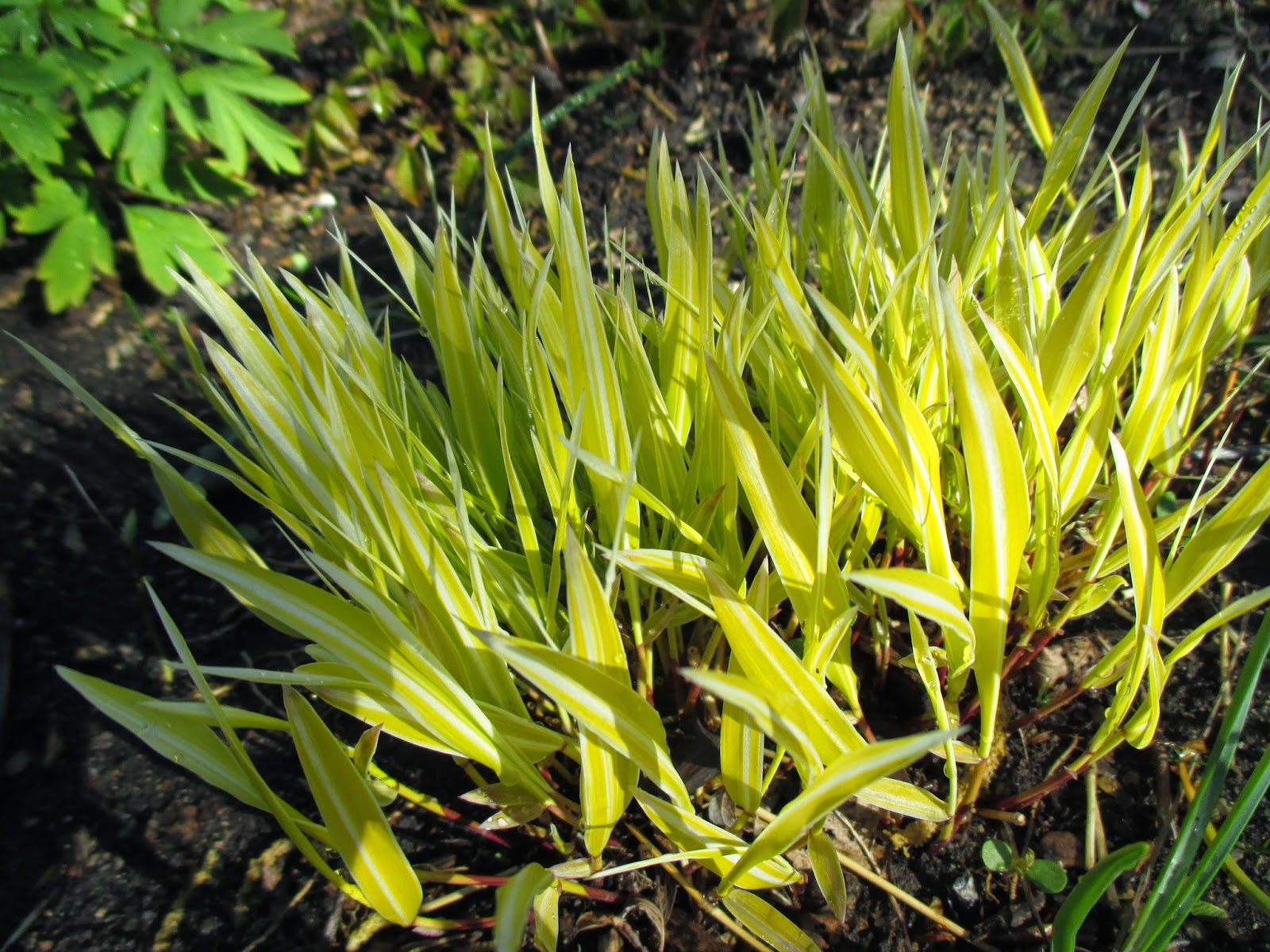 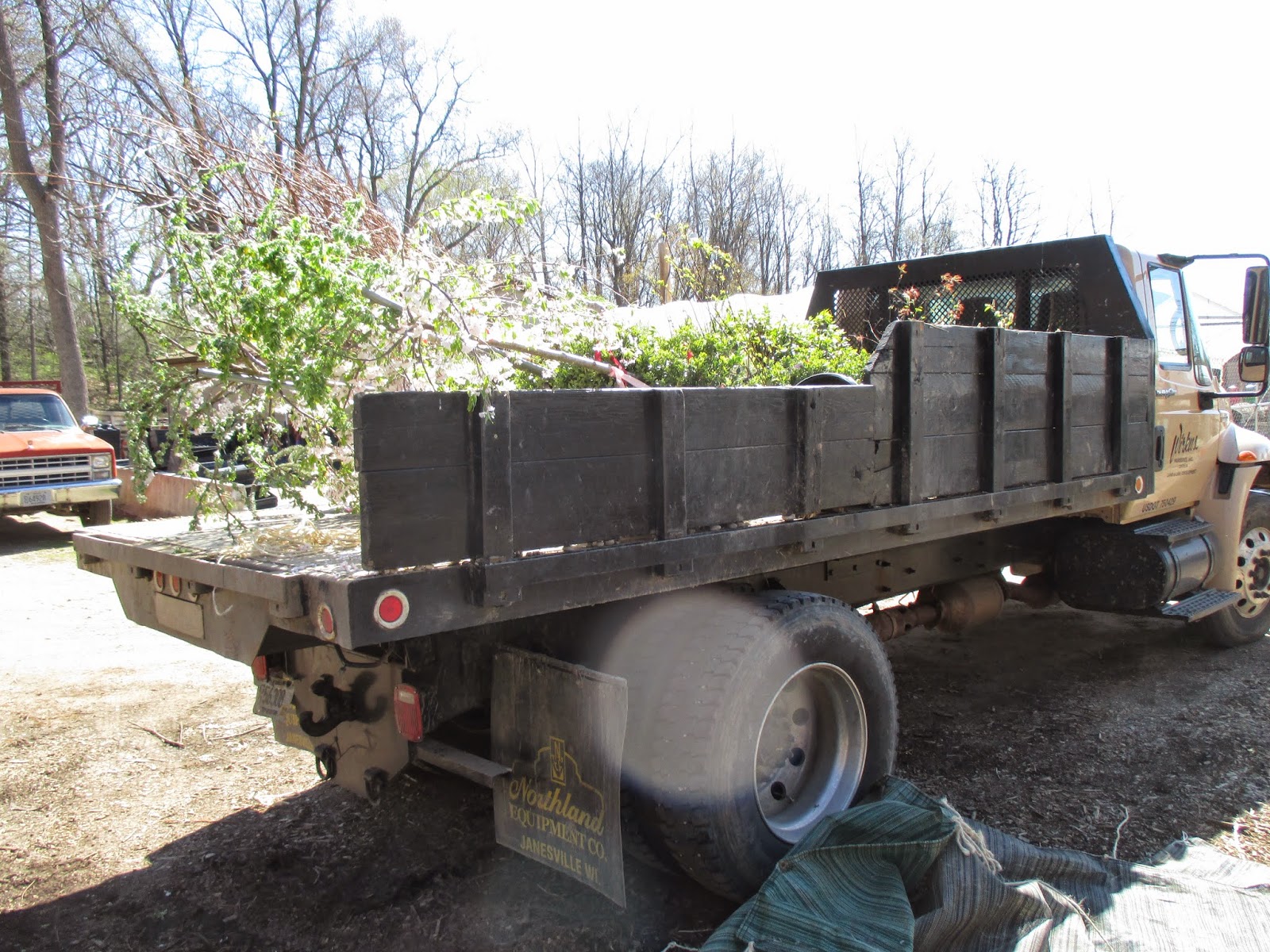