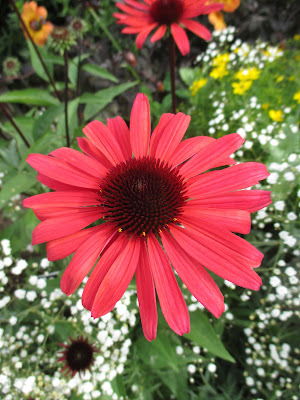 Today had some nice rain over the late morning which was a timely arrival.  We never count on the rain as we’ve regretted doing that in the past after it doesn’t materialize.  We did have some irrigation and sprinklers going but Mother Nature took over later in the morning.  I was able to get outside this morning and capture some great flower shots like that of the ‘Solar Flare’ coneflower (Echinacea hybrida, Big Sky Series) seen above in the English cottage garden. All the other photos were taken today.  We had a strong turnout this morning of volunteers but the rain encouraged an early departure for many of the volunteers and staff. 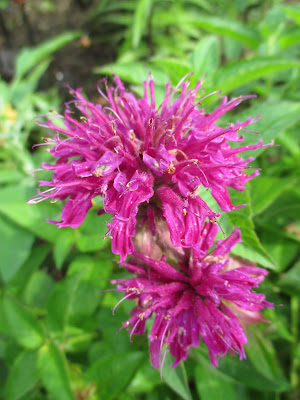 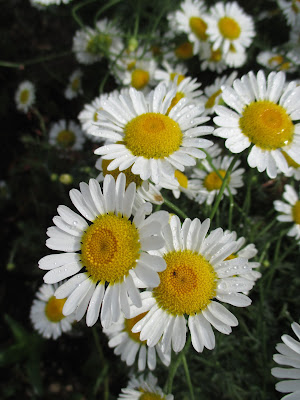 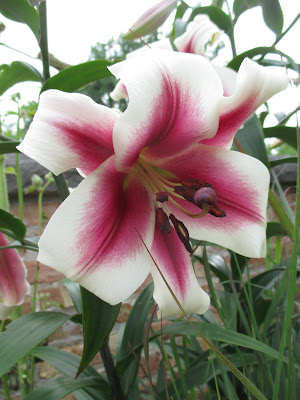 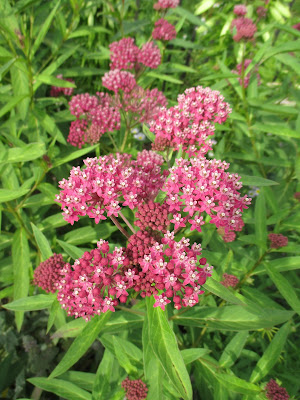 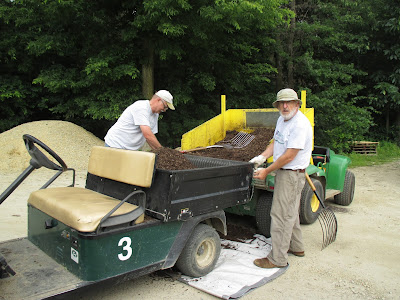 We had a productive morning before the rains arrived!  Above are Ron R. (left) and Lloyd loading up shredded bark for a significant mulching project with Bob C. on the west side of the Parker Education Center.  Ron P. (directly below) continued his job of skimming and replacing gravel along one of our primary paths.  The second photo down shows Eva (foreground) and Kathy in the entrance garden slope where they are “weeding the gaps” that are closing in quickly!  New volunteer Jennifer helped them out as well.  Del was in for some work in the Horticulture Center and Dr. Gredler got all of his mowing done.  Gary S. worked on labels and Maury F. had some work out in the gardens including some errands.  Marcia L. and Mirjam were out working in the English cottage garden which is looking spectacular.  Bob K., Vern, Dave and Jim all had carpentry projects and Dick H. made a trip to the dump.  Dick P. picked up some bricks for us and we also saw Dr. Yahr and many others today. 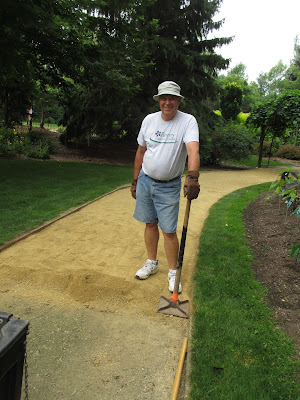 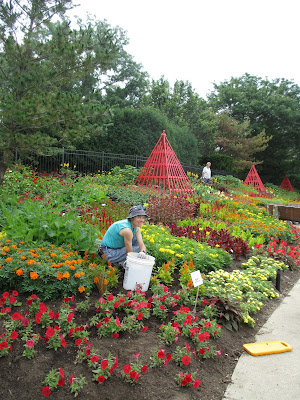 The day was slightly abbreviated for the grounds staff although we were able to get quite a bit of work accomplished.  Big John set up sprinklers, pruned, removed some dead trees and had some other tasks before the deluge.  Terry also set up sprinklers and started shearing boxwoods (Buxus) in the formal gardens.  Nolan worked on path repair and spreading new gravel.  He also shifted to hauling and spreading mulch near the sunken garden.  Cindy focused on planting and weeding in the formal perennial sections which benefited greatly from her attention.  I placed some plants for installation and continue to get prepared for our Home Garden Tour this Saturday, July 11th (9 am – 3 pm, rain or shine).  Come get tickets in advance for $10 at K&W Greenery or the Cottage Garden Gallery at RBG.  Tickets on the day of the event will be $12. 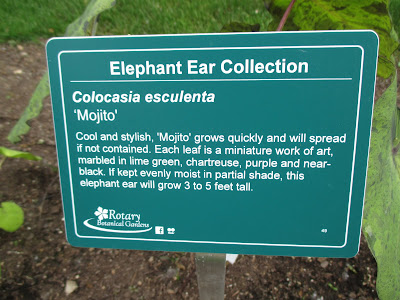 The Elephant Ear Collection is starting to fill in nicely near the arboretum with over 60 different types arranged in three beds.  Each selection has an informative sign like the one seen above.  Below is the actual Colocasia esculenta ‘Mojito’ in the collection.  It has been fun to acquire so many different Colocasia and Alocasia species and cultivars.  They should start gaining some size as the heat returns this month.  The second photo down show Colocasia ‘Black Velvet’ which is quite striking.  More photos from today can be seen further below in the blog. 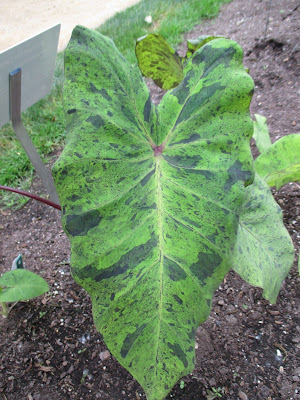 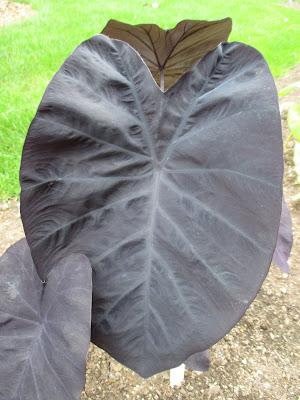 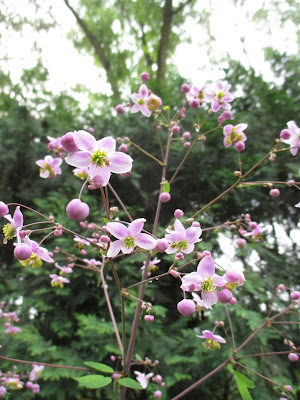 ‘Lavender Mist’ meadow run (Thalictrum rochebrunianum) – perennial (above and below) 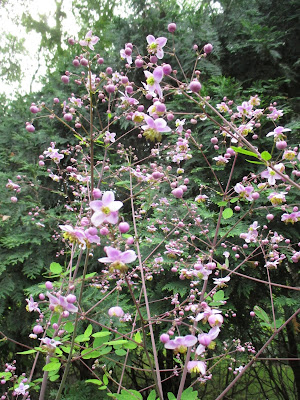 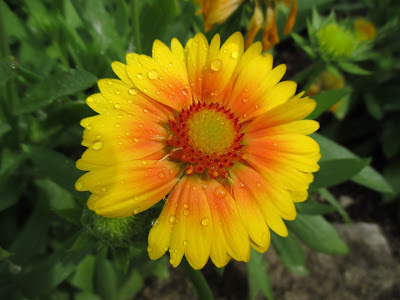 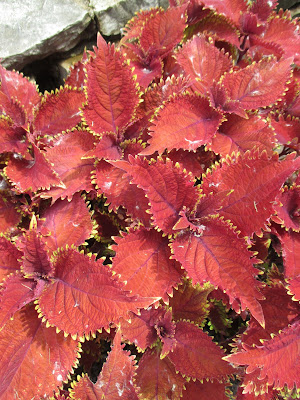