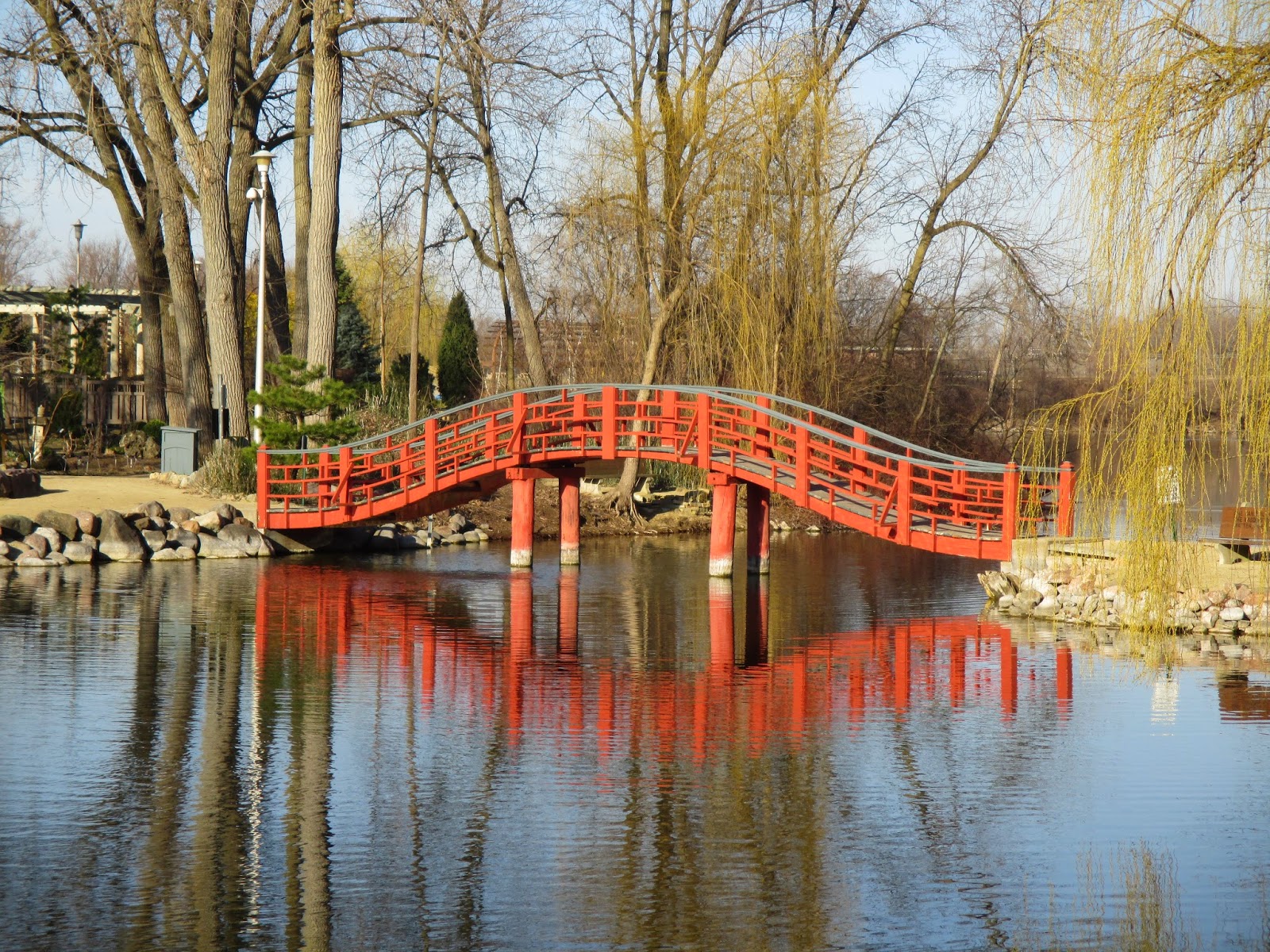 Today was another beautiful sunny one with temperatures in the 60 degrees F. The entire weekend was pretty nice with plenty of visitors on Easter Sunday.  Spring is firmly entrenched at the gardens although the threat of evening frost is still very real for many more weeks.  Today signaled the official return of the grounds staff although they have all been helping out over the winter months and haven’t been strangers. Cindy, Big John and Terry were back in action and joined Larry for plenty of outdoor activity.  Janice and Cheryl will be back tomorrow.  Everyone had a wide range of duties out in the gardens and we all had to shift and adjust as our irrigation guys (Evergreen Irrigation, Rockford, IL) were at the gardens all day getting the system checked over and up and running for the season.  Larry worked with these guys all day and will probably do the same tomorrow.  I was able to scout the entire garden and I marked some plants for removal and/or relocation.  Desk duties continue to bring me back inside though. 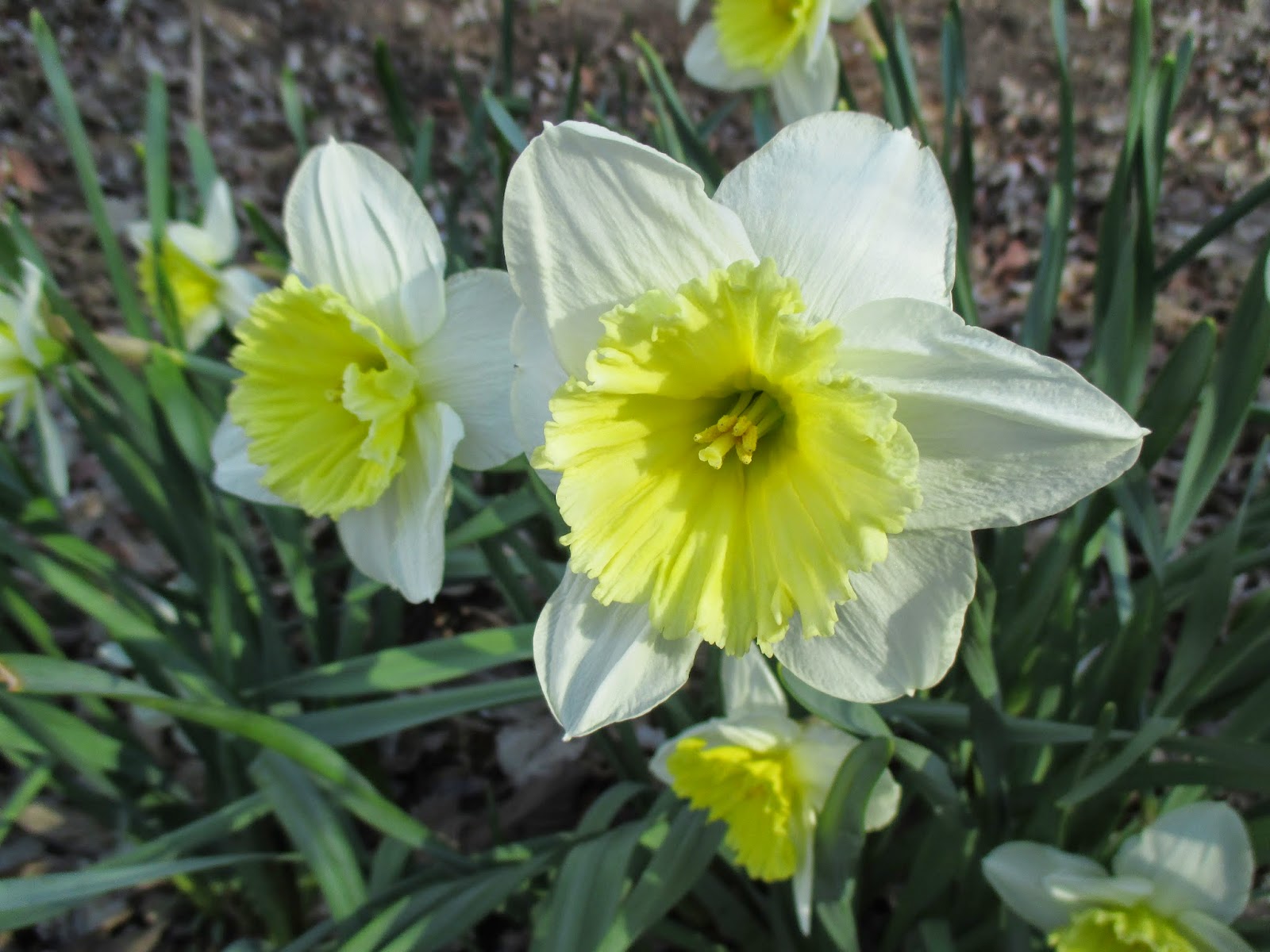 daffodils (Narcissus) are just starting up in the sunniest locations 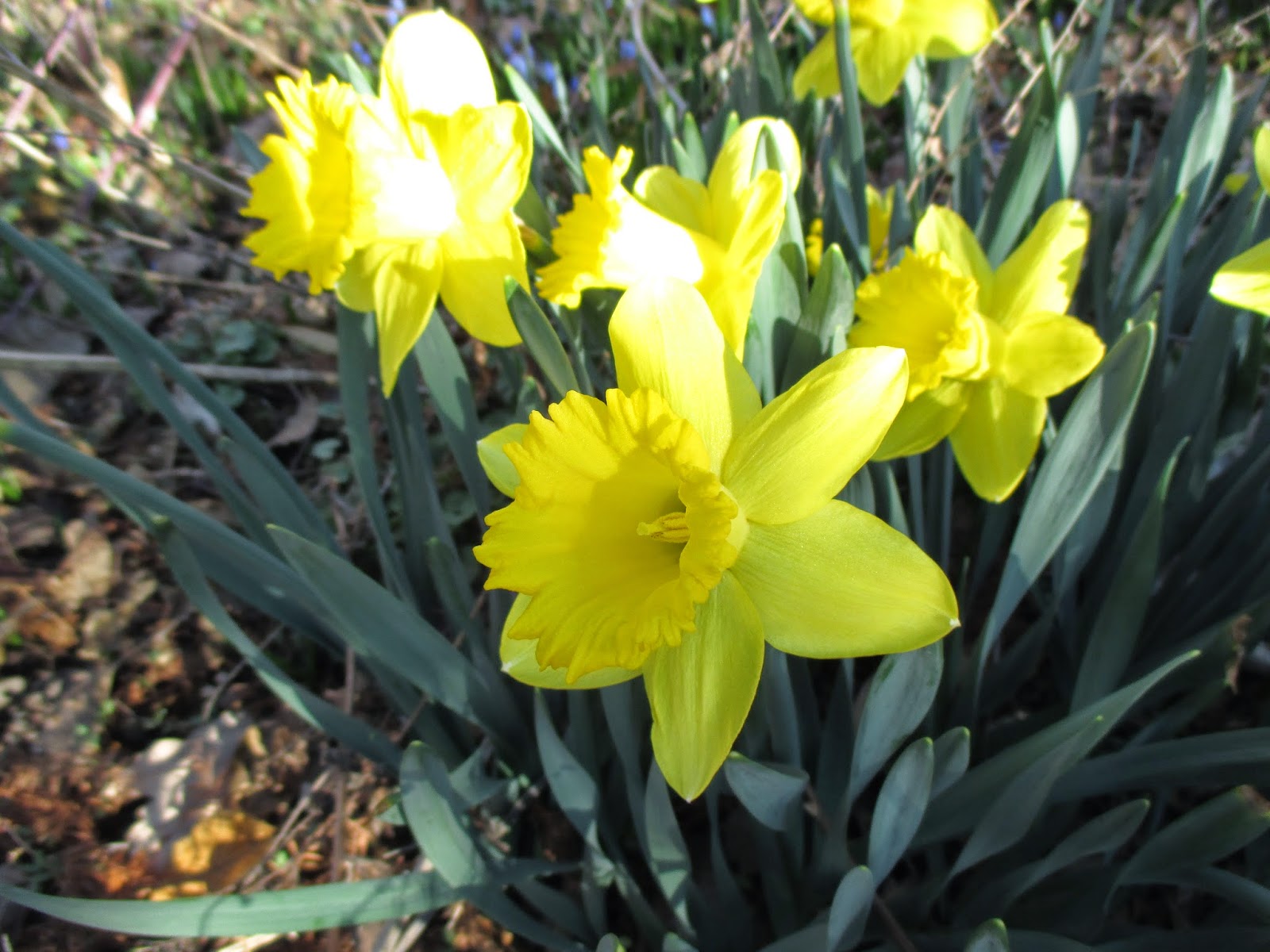 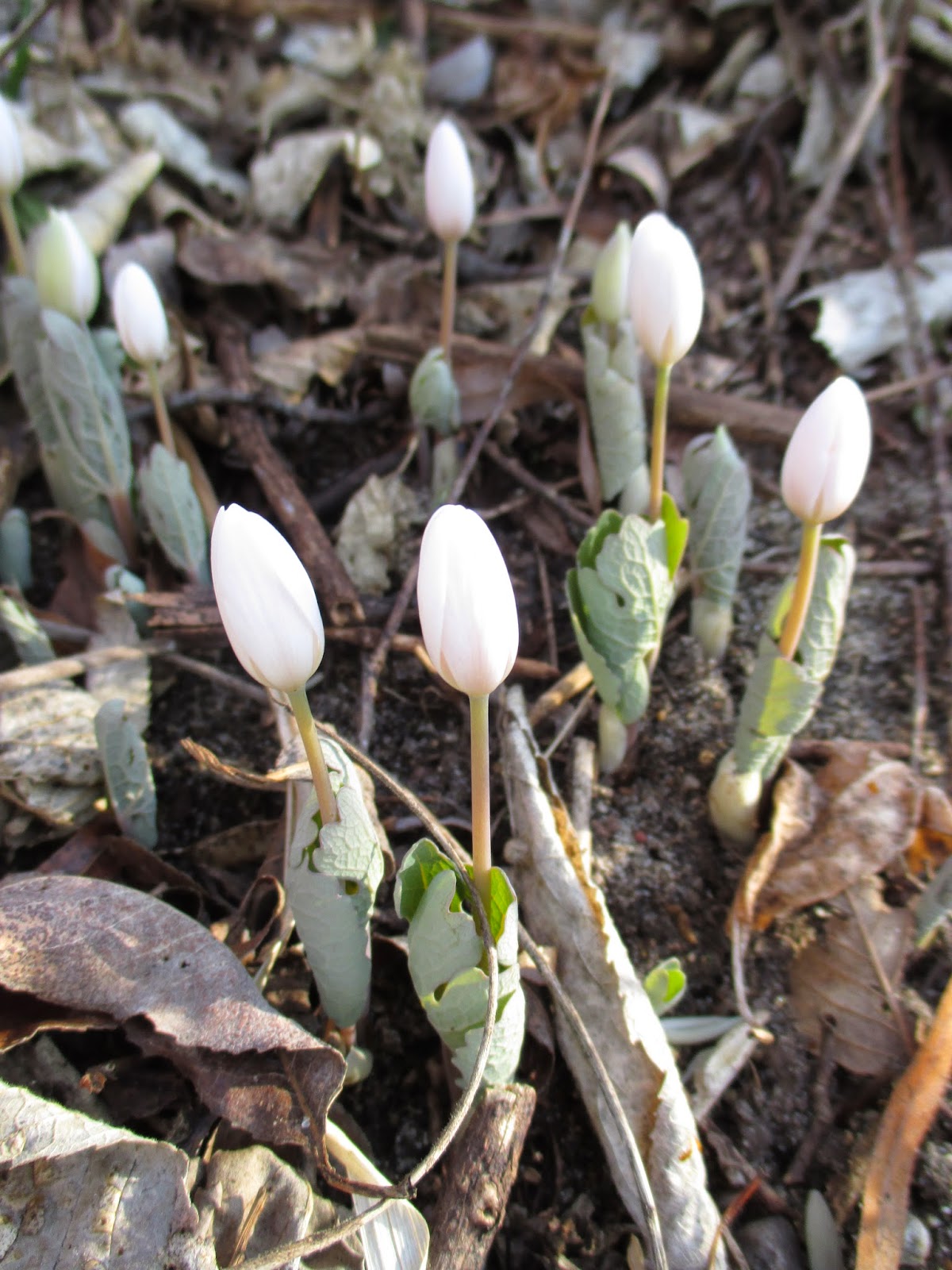 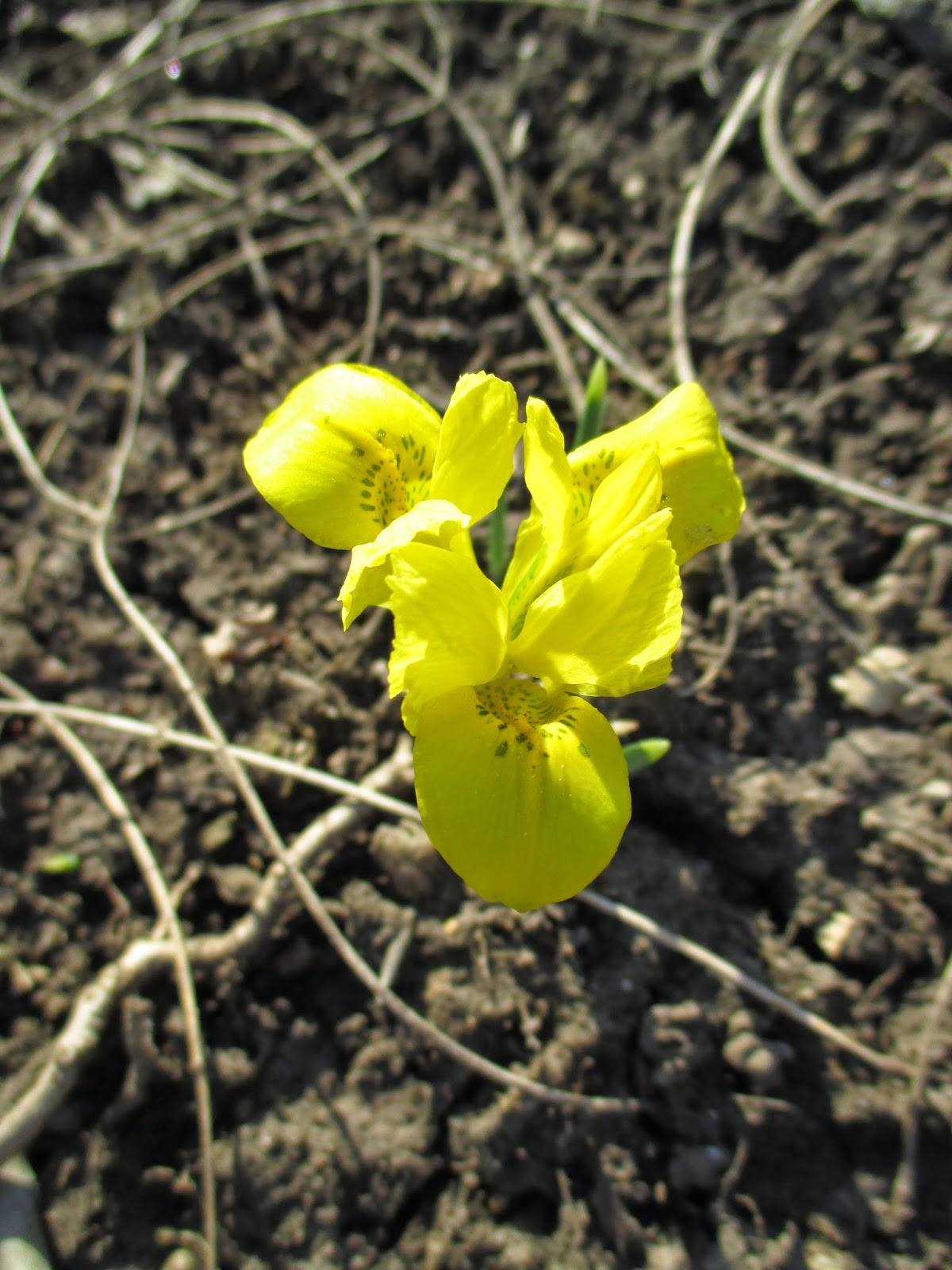 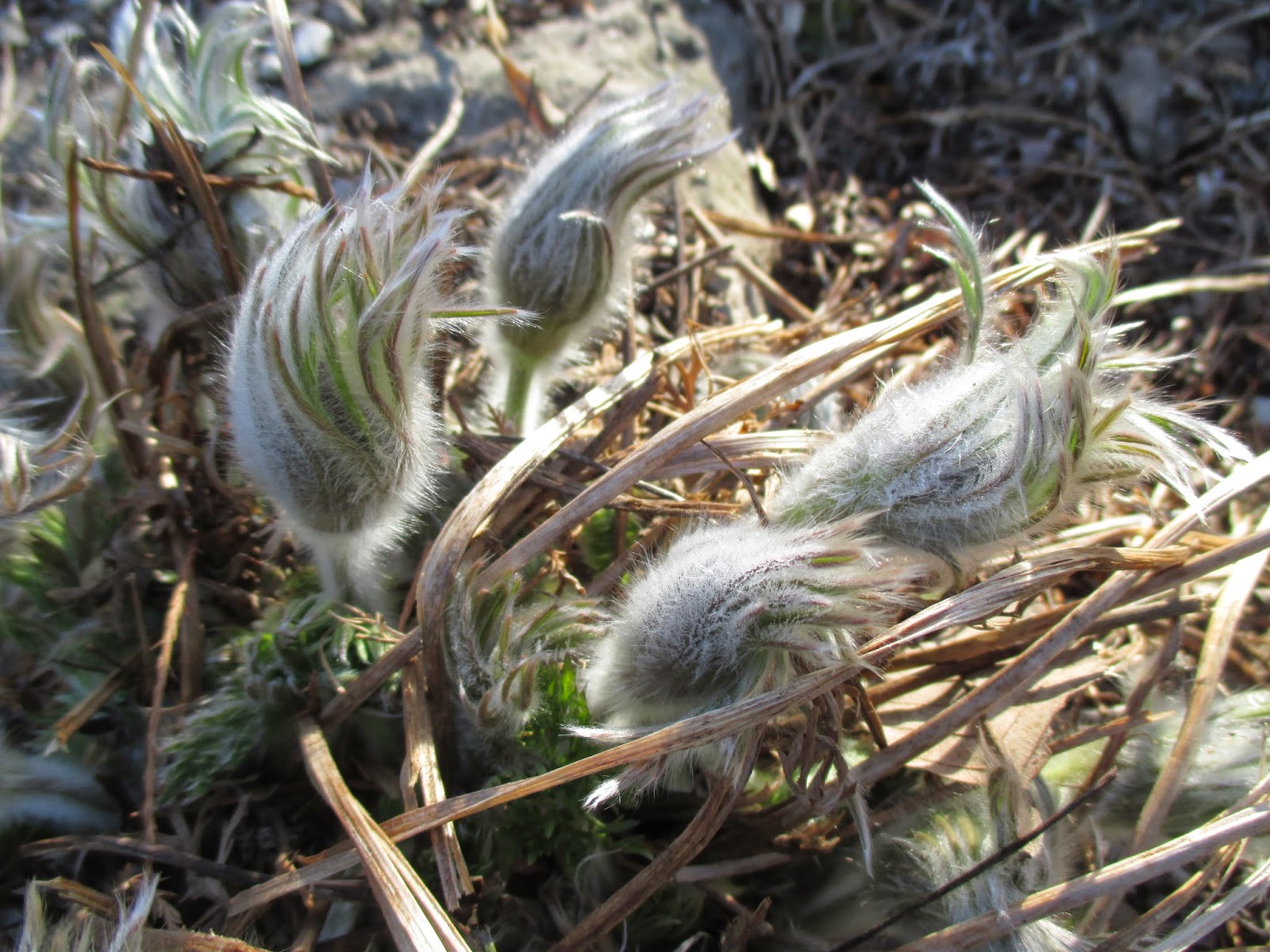 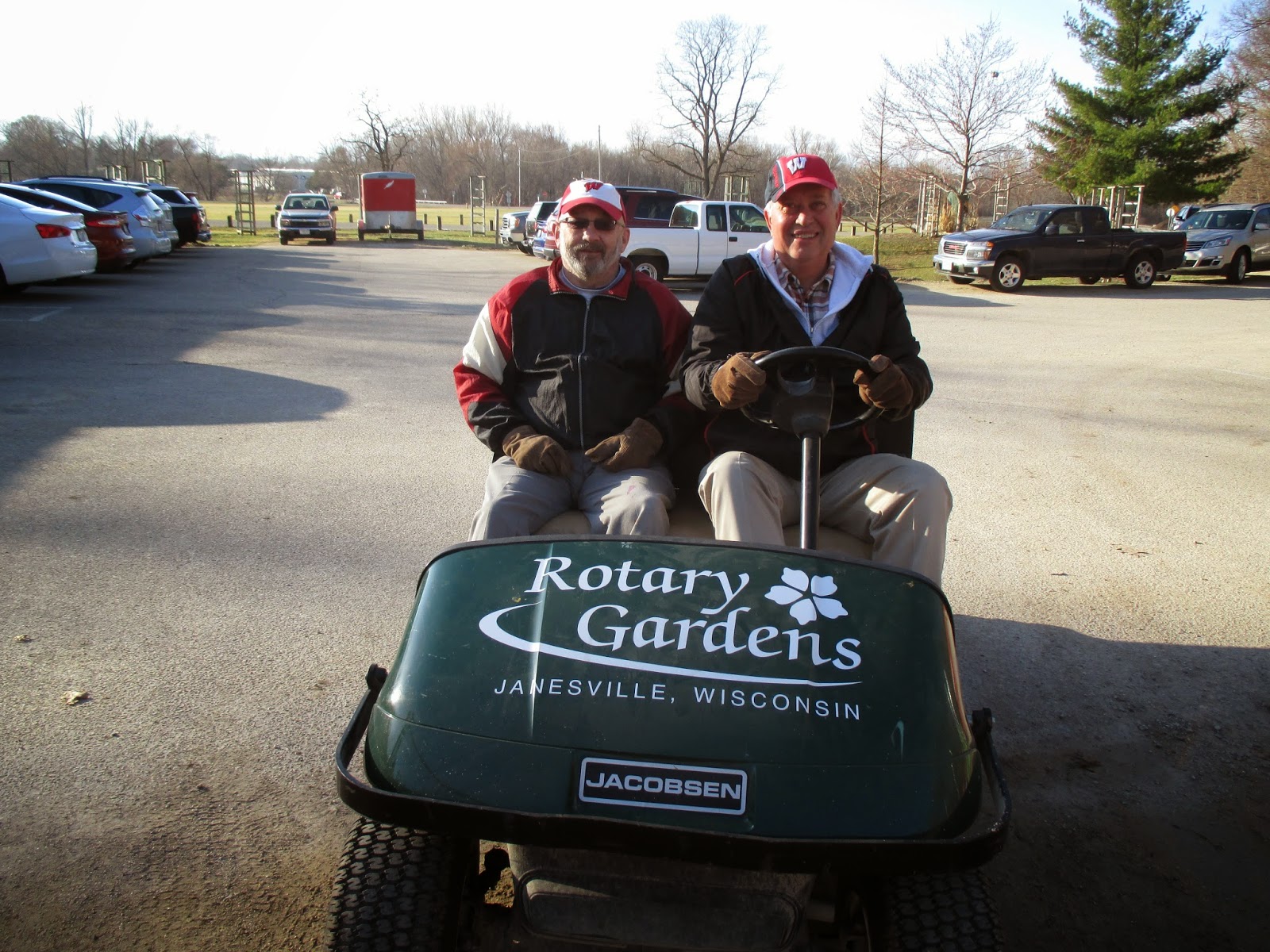 We had a very strong volunteer turnout today.  Above are Alan (left) and Ron P. out hauling shredded bark to mulch the parking lot islands along with Larry H. and Lloyd (both below leaning on their forks and taking an early break..).  The guys did a nice job collectively mulching a huge area and were joined by Gene later in the morning.  The second photo down shows Ron R. (left) and Bob C. composting multiple areas that will ultimately be planted with seasonals this spring.  Rollie (third photo down) was in as was Jenny M., (painting), Dr. Gredler (painting), Maury (errands), Del (cleaning), Marsha (photography) and many others.  Pat C. (fourth photo down) continued her assessment of labeling needs (repairs, replacements, etc.) in multiple areas and Gary was inside working on this same project as well as producing new labels for incoming plants.  The fifth photo down shows (left to right), Peg, Kathy and Eva.  The ladies did a great job with some early weeding and collected lots more debris from garden areas adjacent to the sunken garden.  The sixth photo down shows John being hauled around by Terry…the guys brought up the “cutting display” bench as it’s that time of year to show folks what’s in bloom and where it’s located.  Dick H. ran multiple loads to the dump while Ron Y. (seventh photo down) continued staining portions of the new cedar obelisks the guys are making (see Vern and Dave in the eighth photo down).  Jim D. was part of that crew too and we also saw Bob D., Tina B., Harry M., Cheryl R. and many others today.  See further below for more photographs from today. 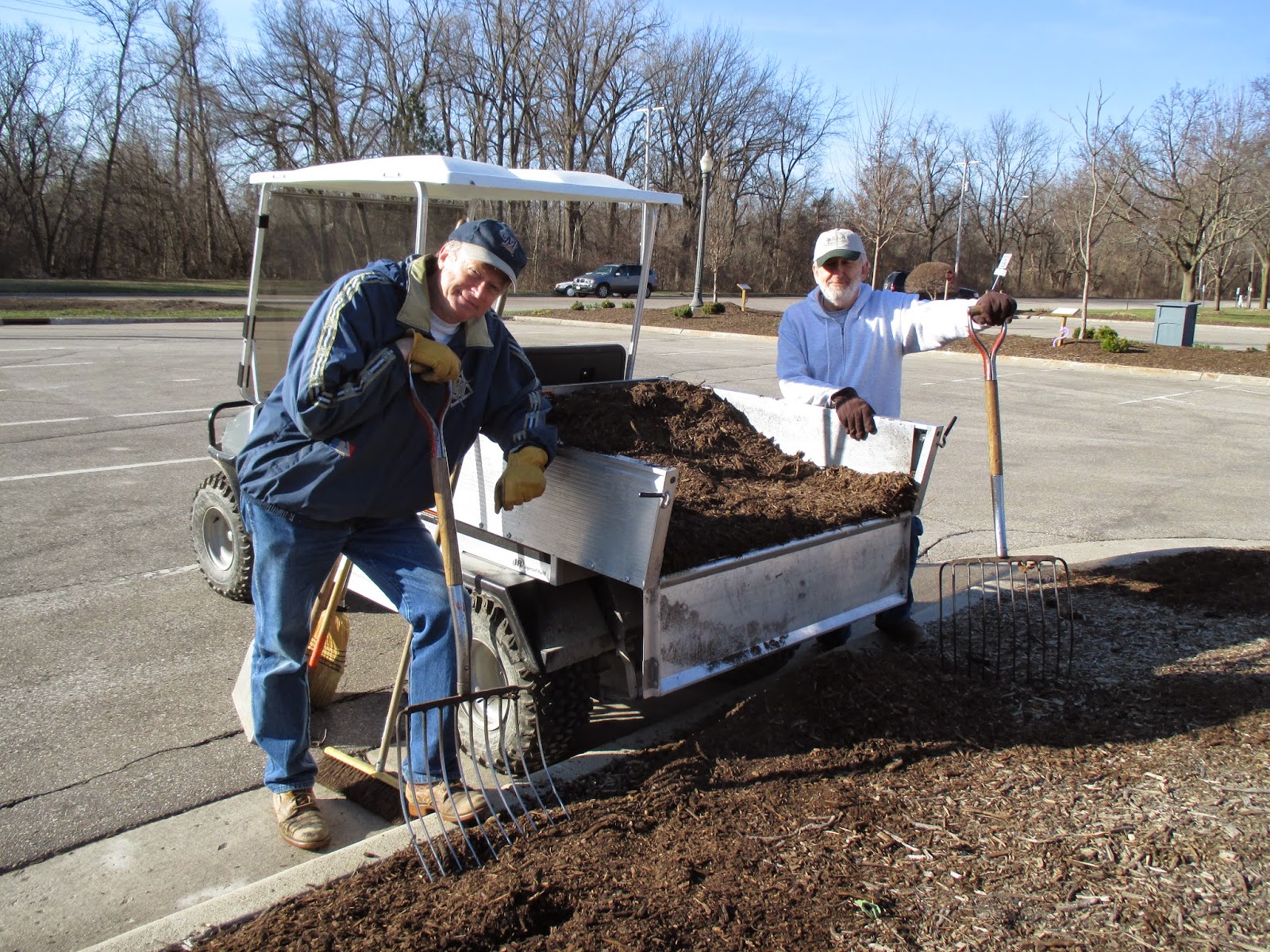 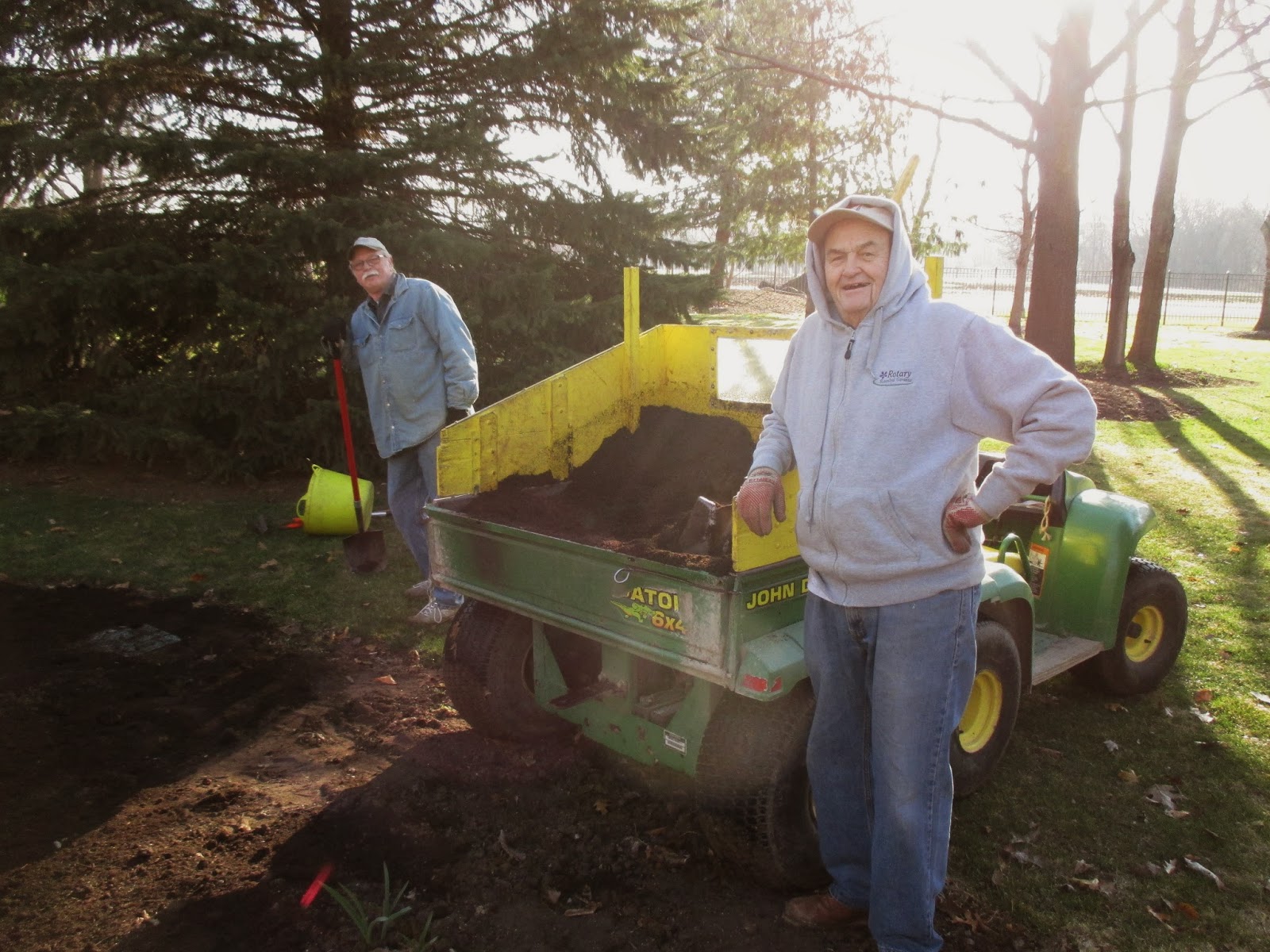 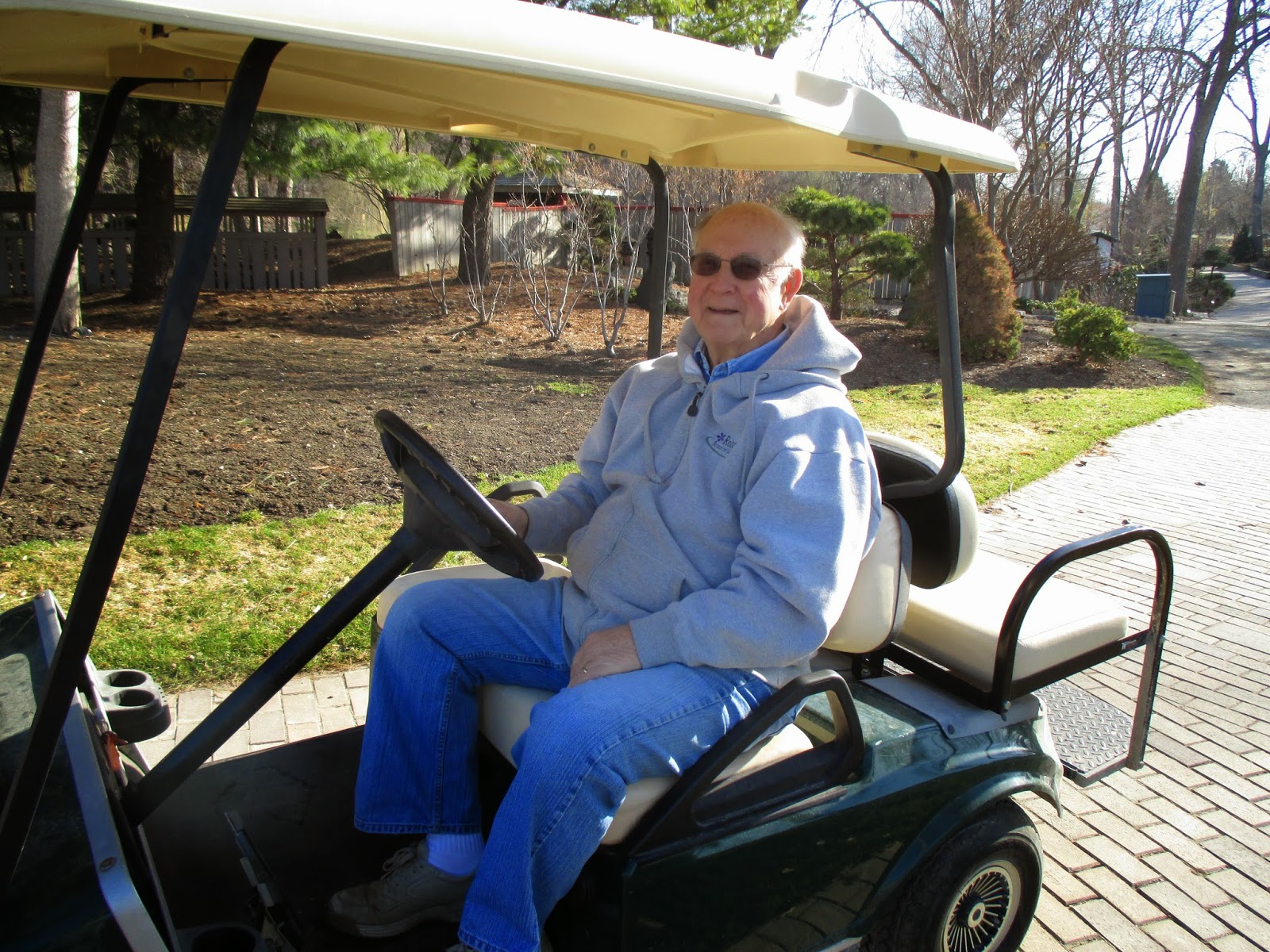 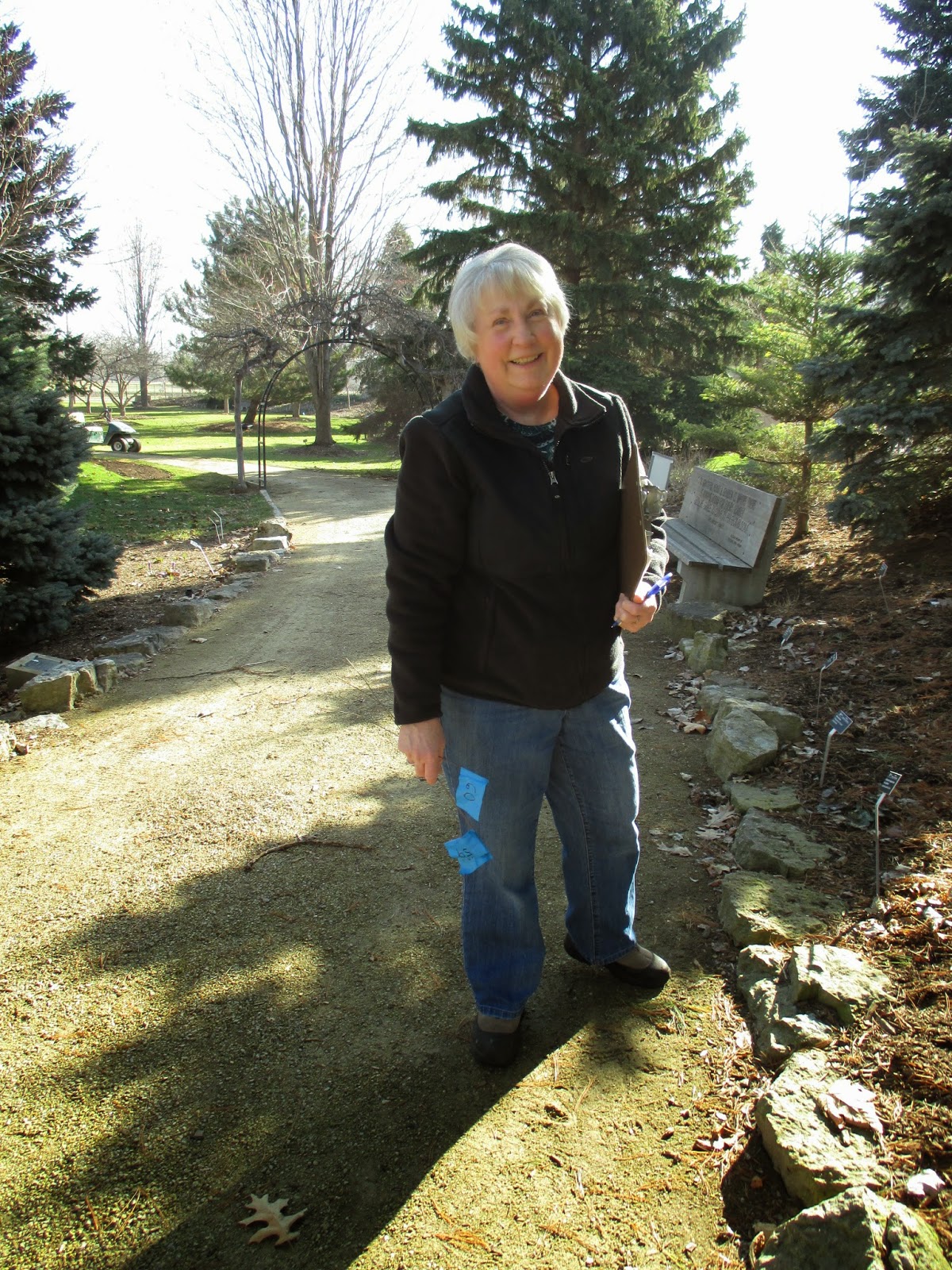 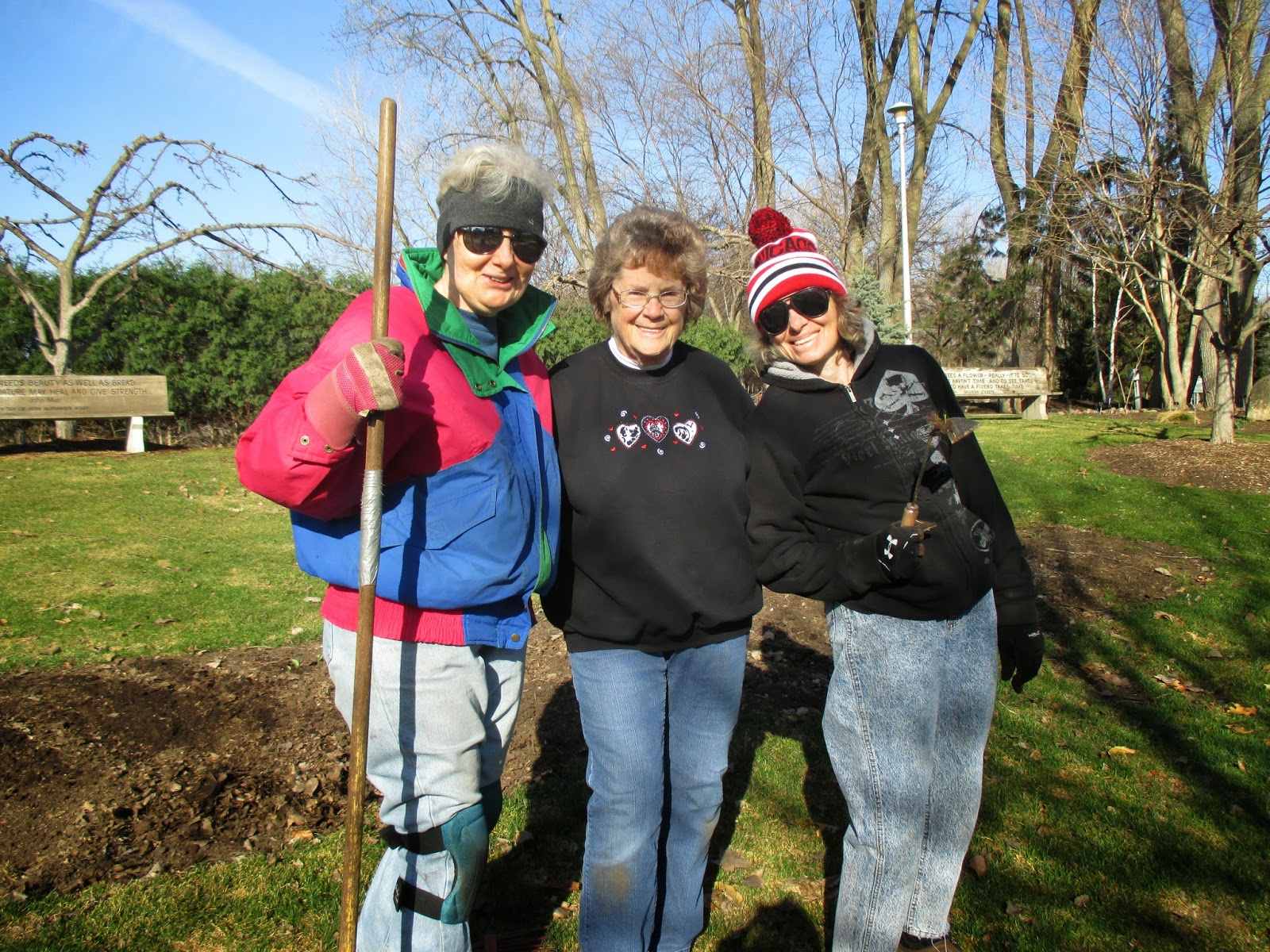 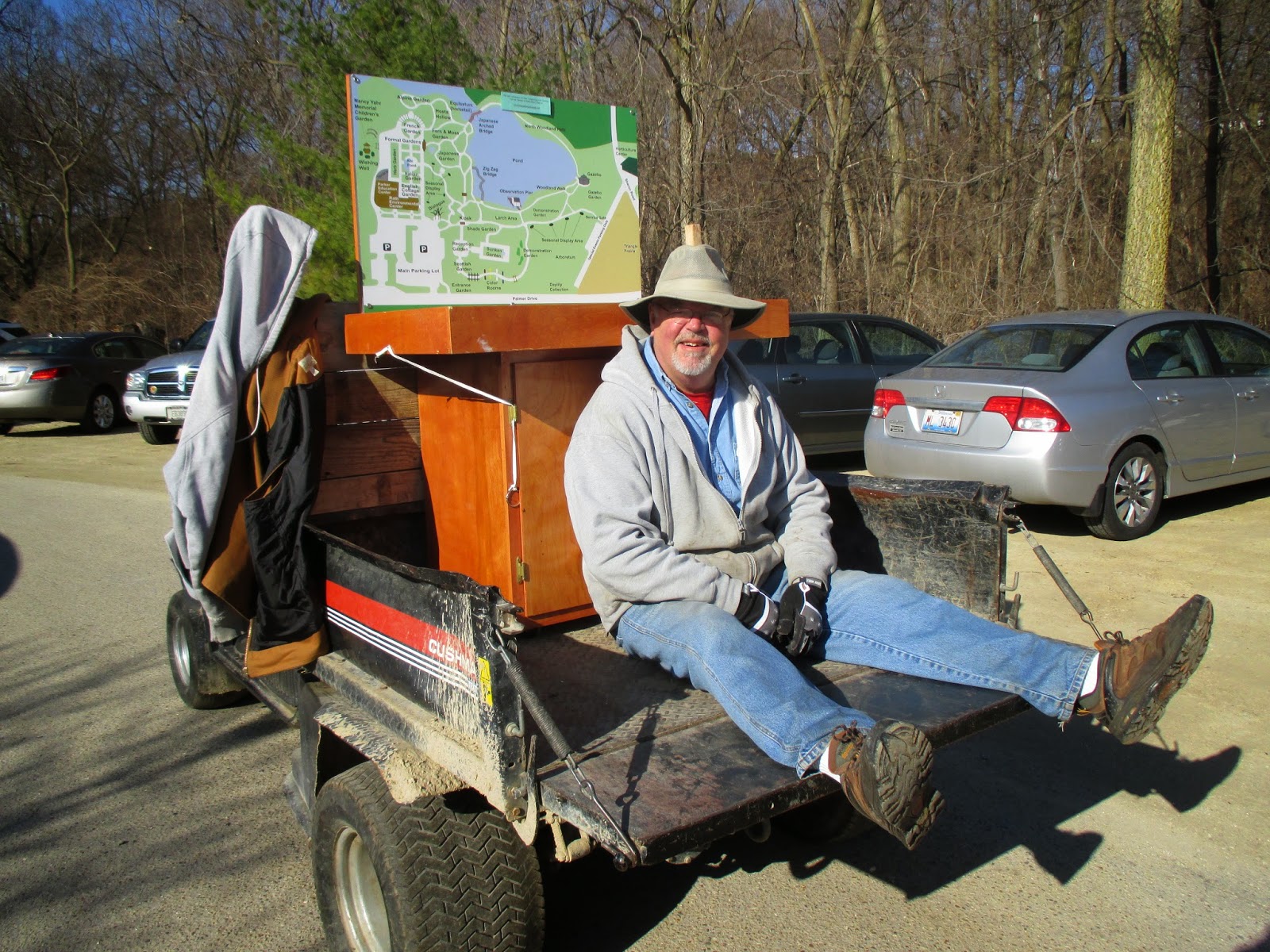 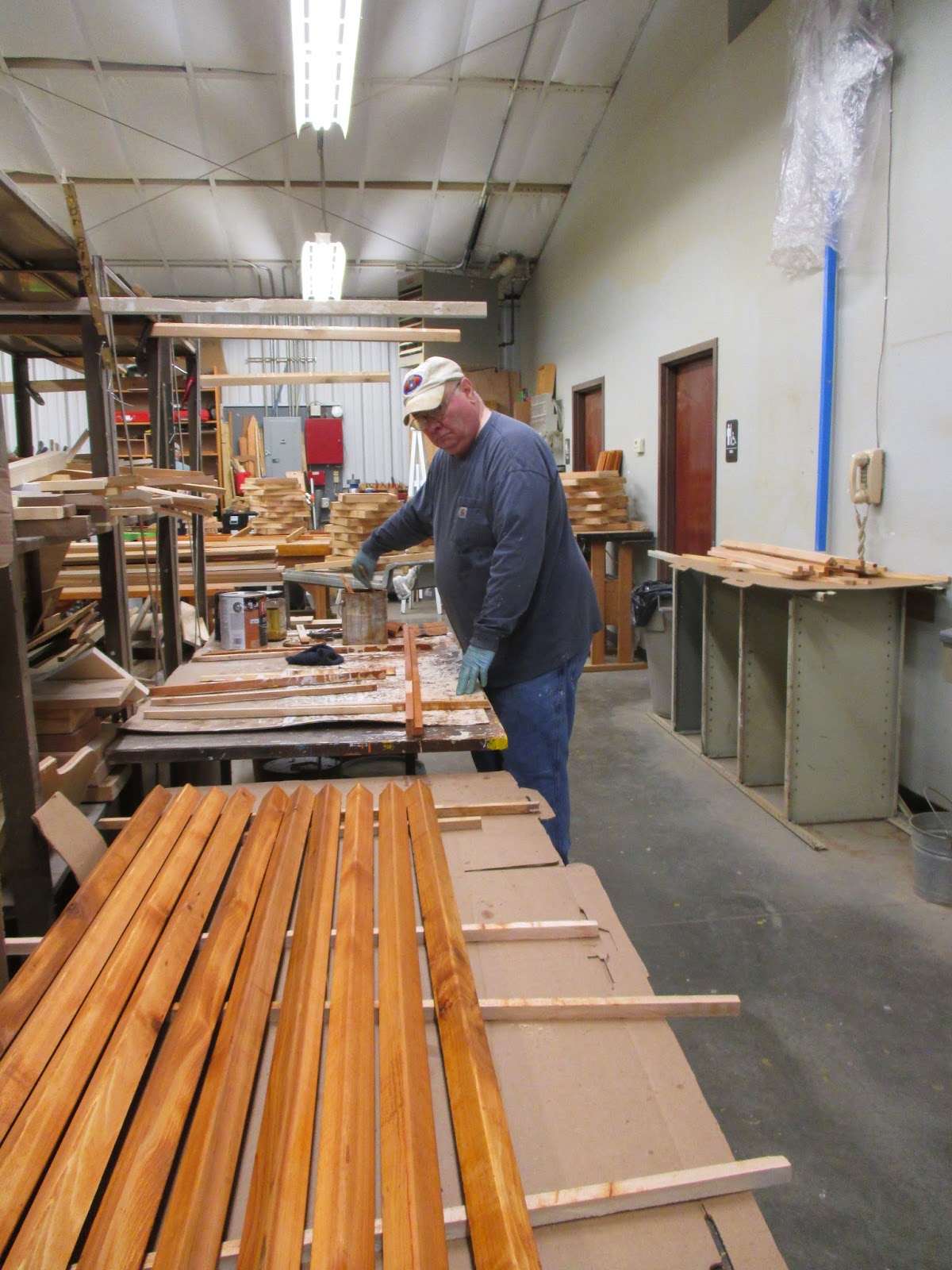 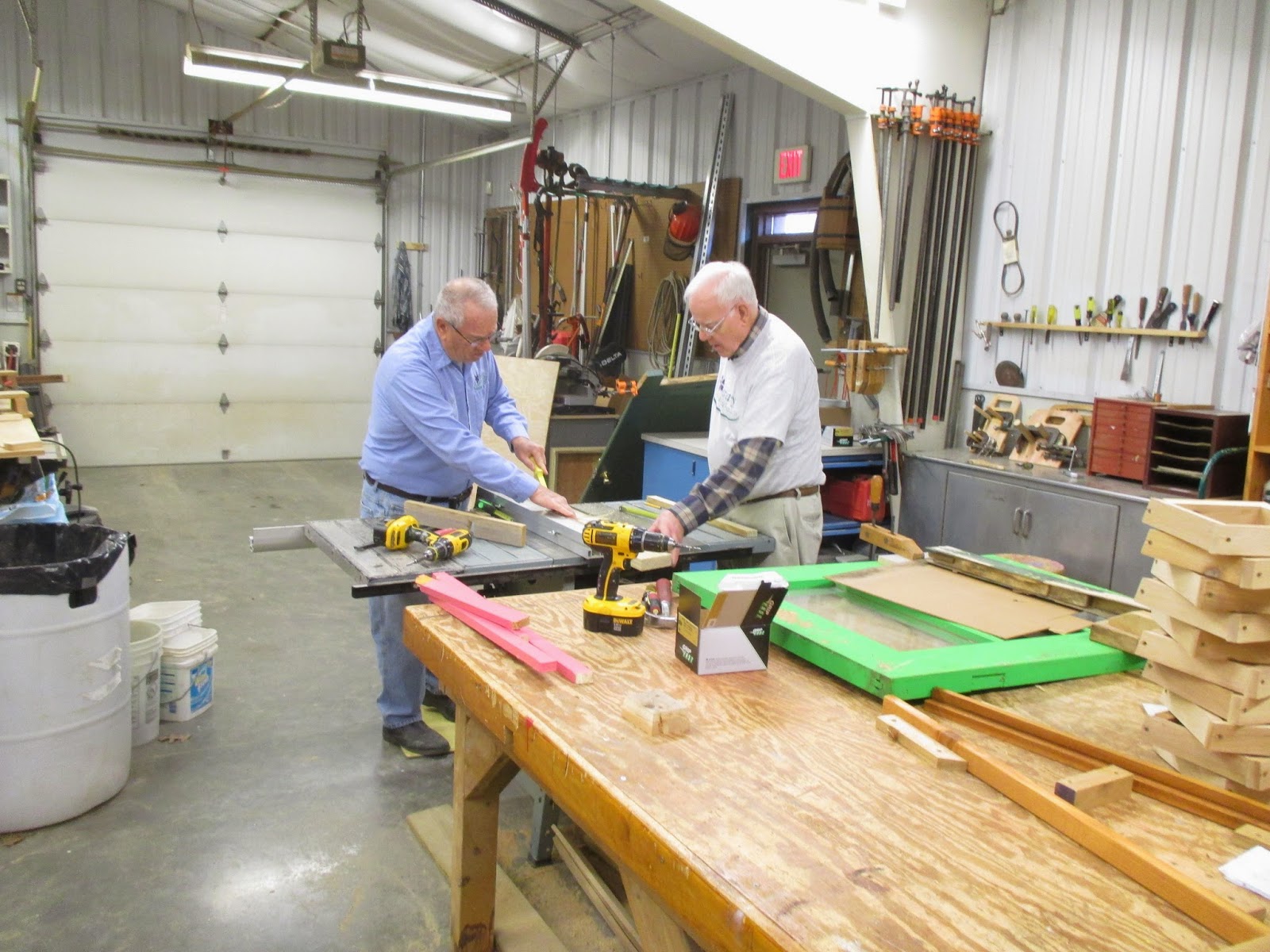 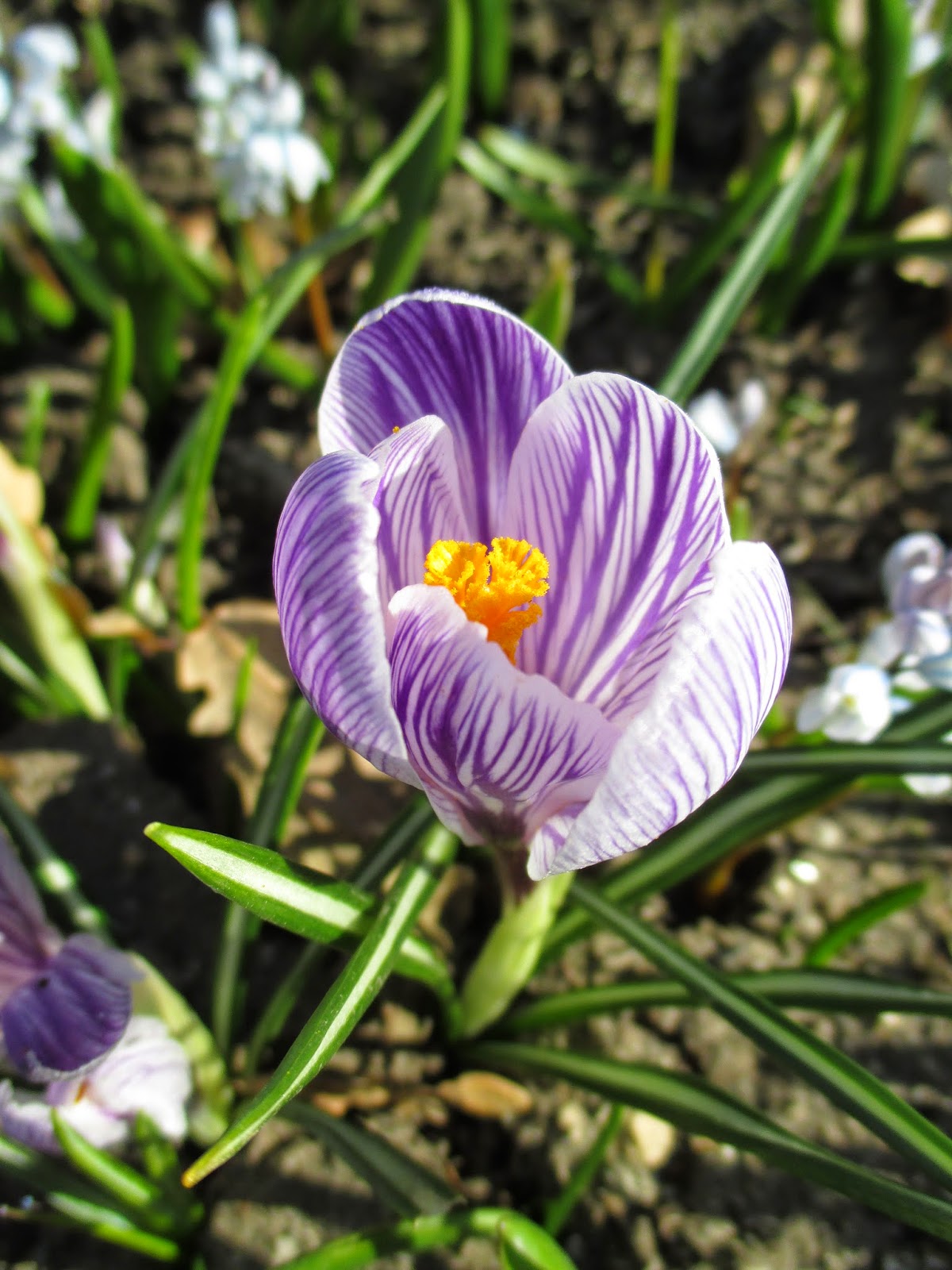 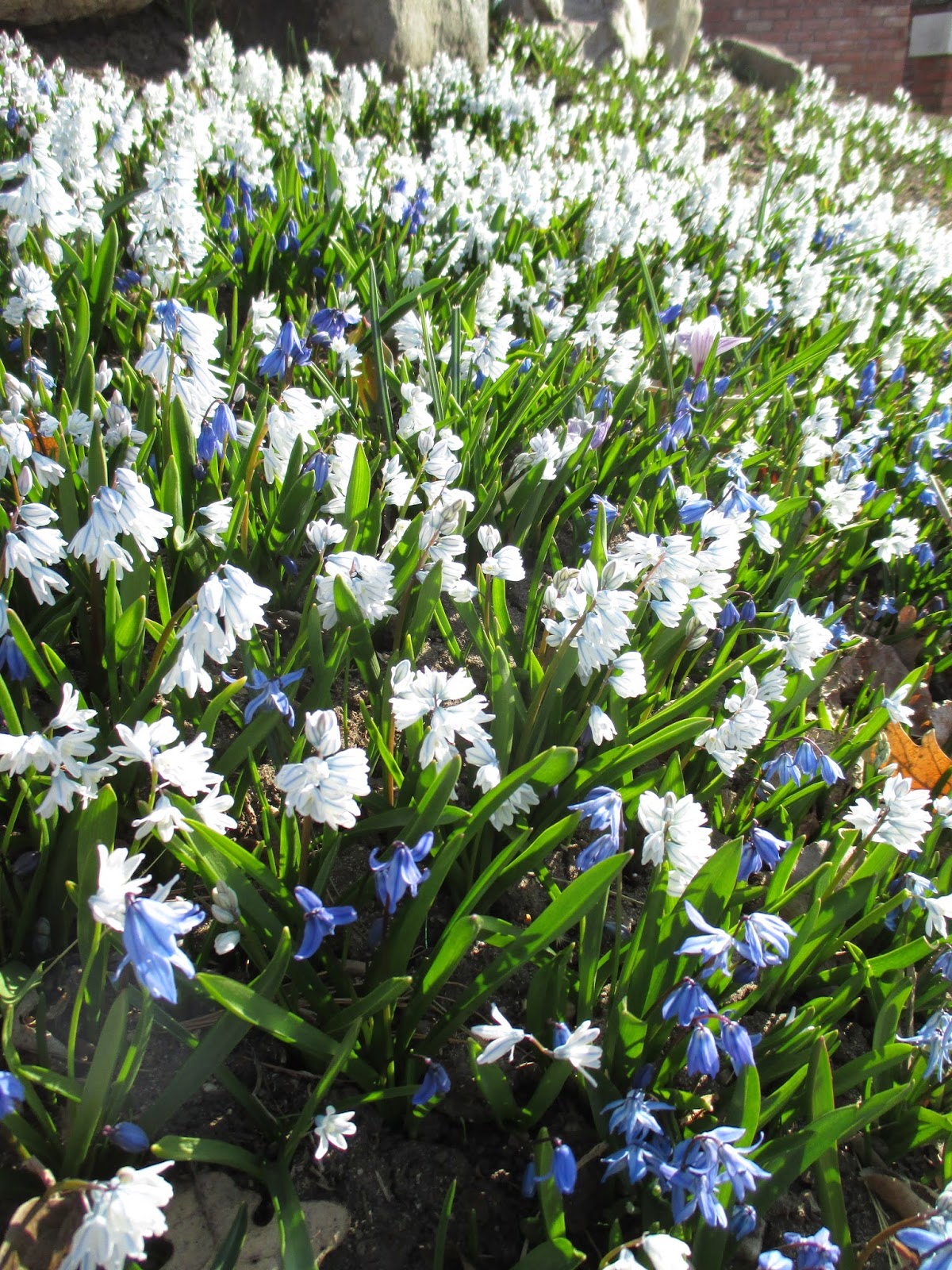 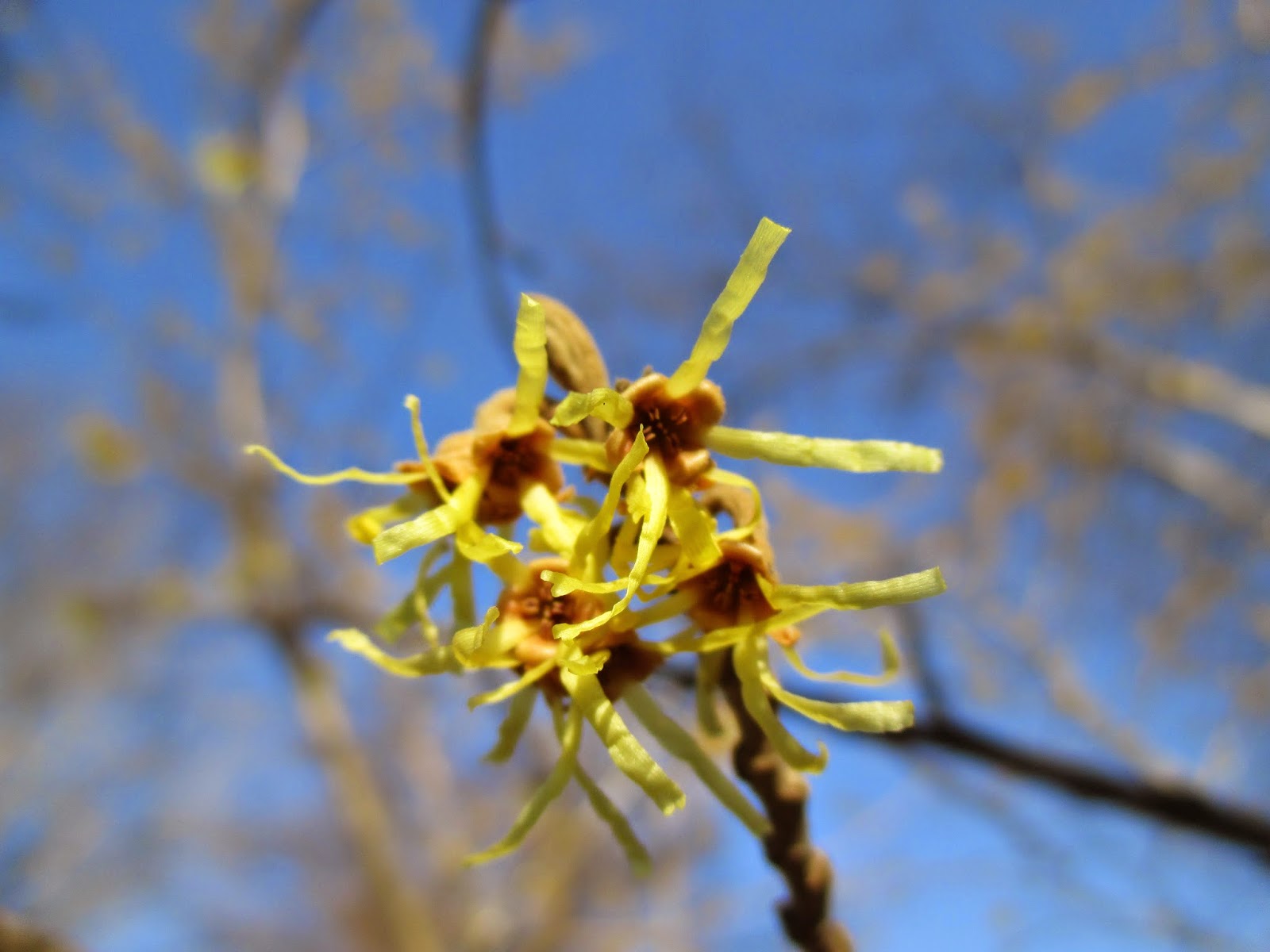 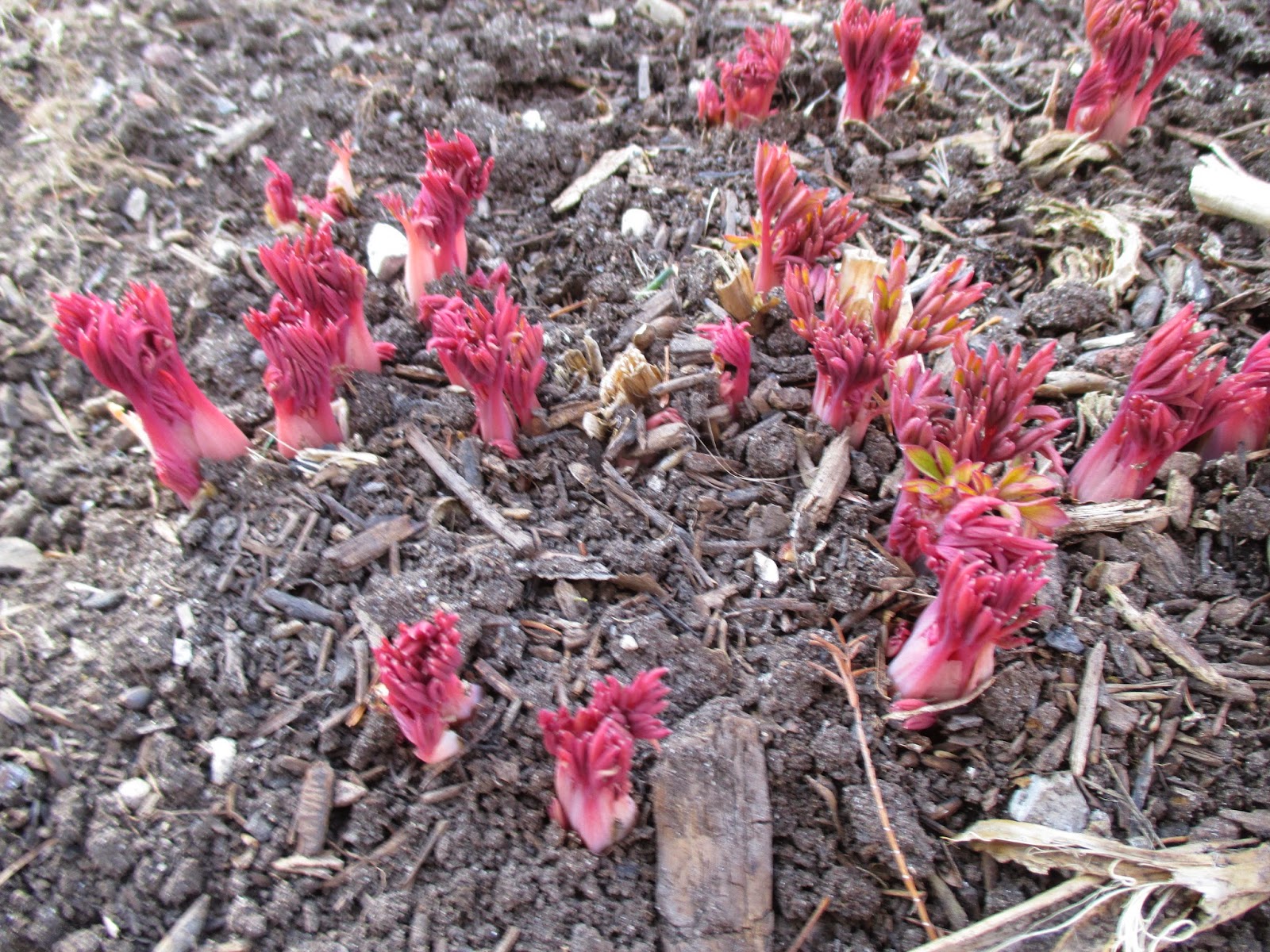 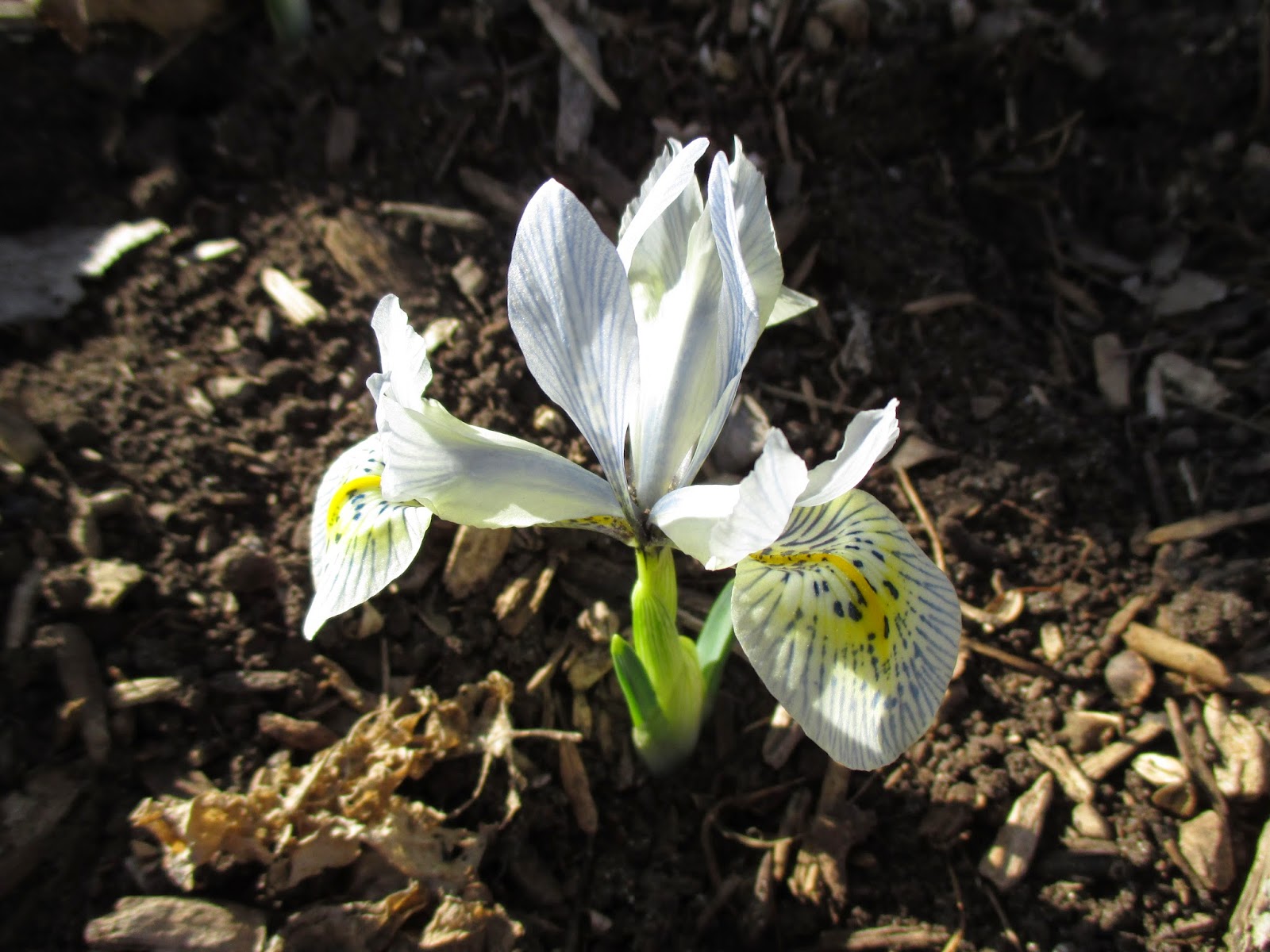 early irises (Iris sp.) are popping up here and there 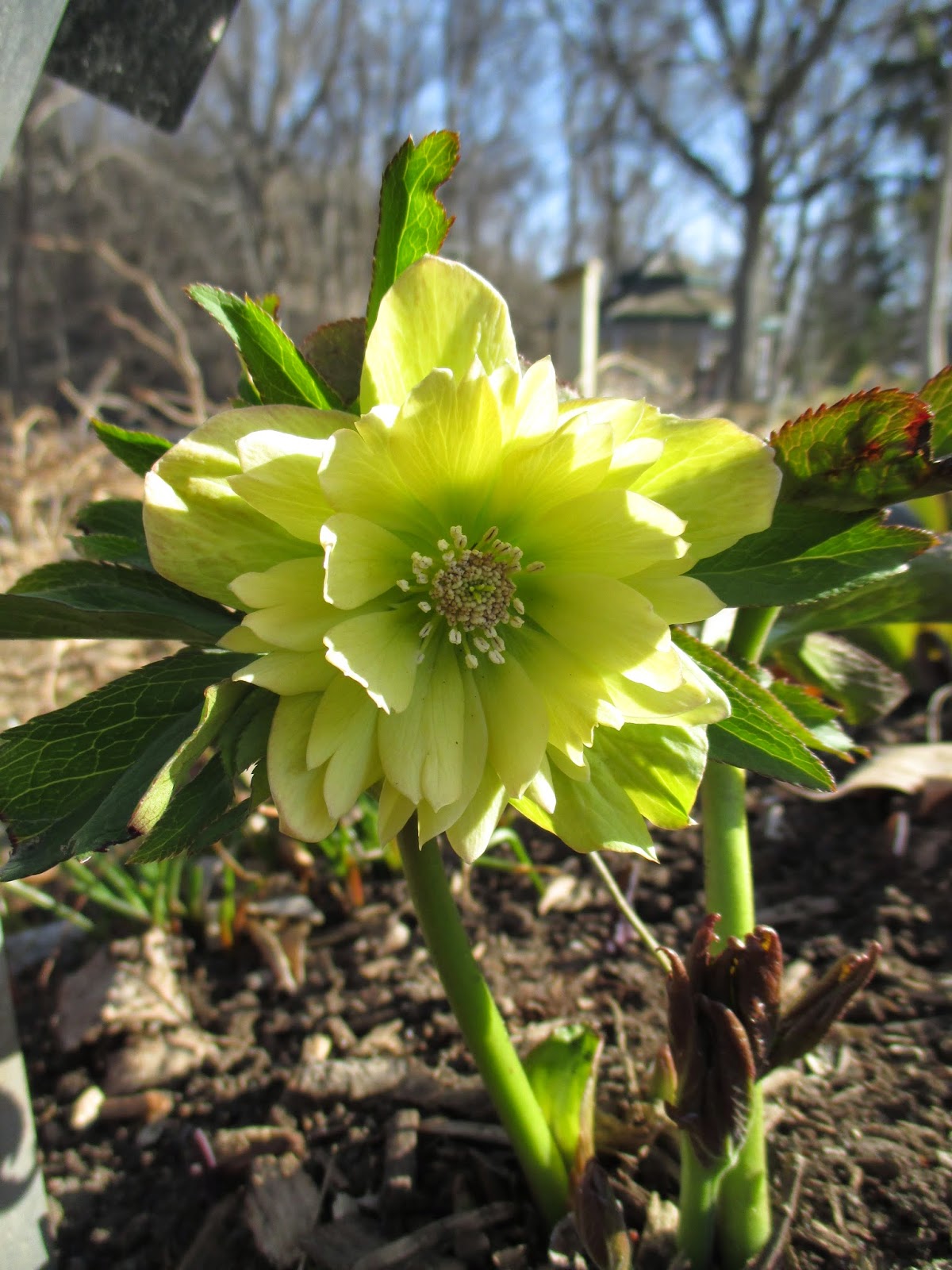 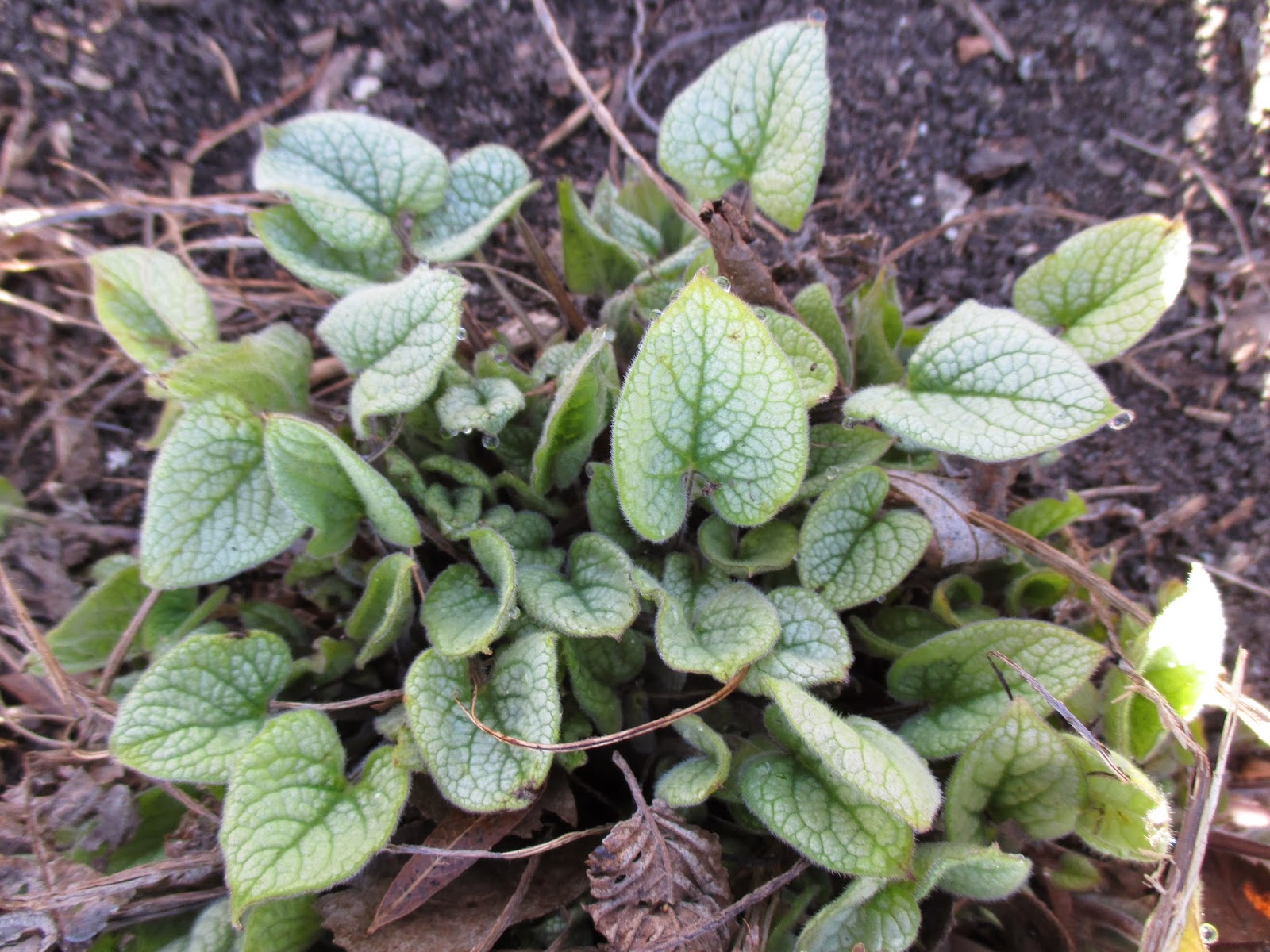