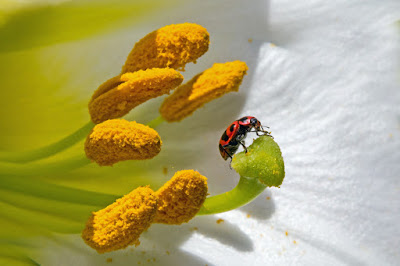 Great photo above shared recently by Ken Tapp.  This is the inside of the very fragrant regal lily (Lilium regale ‘Album’) which is currently offering wonderful scent in the Smelly Garden theme in the Nancy Yahr Memorial Children’s Garden.  That garden continues to fill in and will be utilized heavily with our education programs.  It was a rainy morning and most of the day had overcast skies.  The rain was timely as we had just continued to run irrigation yesterday and this precipitation along with a cooler weekend means the gardens shouldn’t dry out for a couple more days!  We had a smaller volunteer turnout for the drizzly morning but were able to get lots of work done both inside and outside.  The grounds staff had a busy day as well and we’ll continue our efforts tomorrow in advance of another busy weekend for visitation and events (four weddings!). 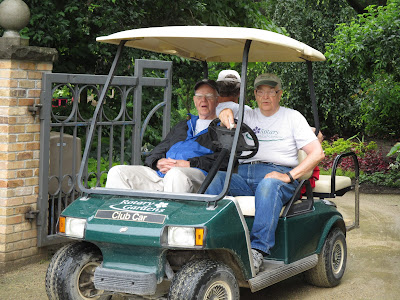 Above are Jim (driving), Dave (reclining) and Bobby K. coming back from scouting their carpentry repair job on the back porch.  The guys have done a nice job upgrading some of our aging porch and it should be good for many years to come.  Bob stayed all day and is working on multiple projects for us.  Below are Ron R. and Alan (second photo) near the East parking lot where they finished the weeding of one of our largest shrub borders.  The area is as tidy as it has ever been and will get mulched very soon.  Sandi (third photo down) helped inside when it was rainy but later headed out with Janice for some weeding in the fern & moss garden.  Peg and Winifred worked together on some yard projects and ended up weeding in the entrance garden the rest of the morning.  They did a nice job tidying up the primary entrance garden right outside the Parker Education Center.  Susie (fourth photo down) did some planting in the mud and did a nice job putting in another 200 plants or so near the gazebo garden.  Kylie and Forrest did some weeding near the shade garden and Pat M. (fifth photo down) weeded in the arboretum.  Gary made more labels and Maury ran for gas and did some other errands.  Vern was in for some carpentry projects and Dr. Gredler did his mowing.  The sixth photo down shows Larry (left) and Bill after they spent many hours in the pond getting debris away from our aerators and water movers.  We also saw Rollie, Art, Bev and many others today. 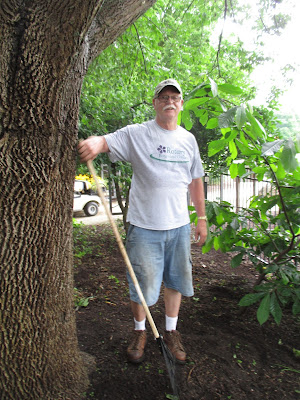 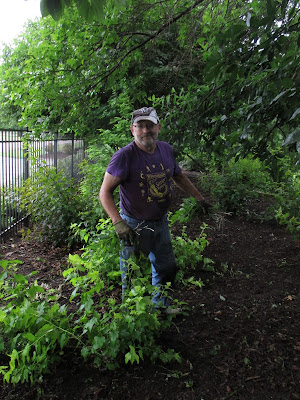 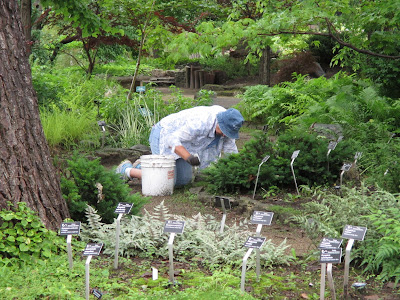 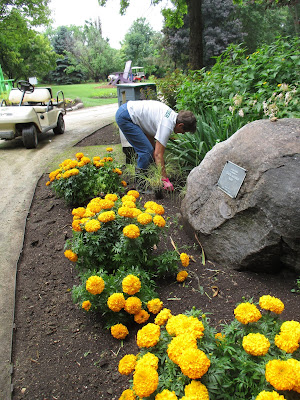 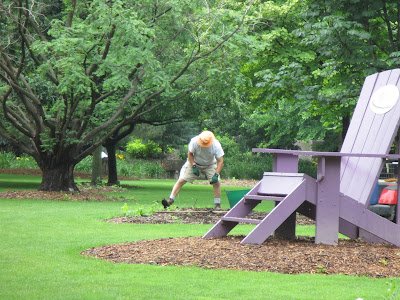 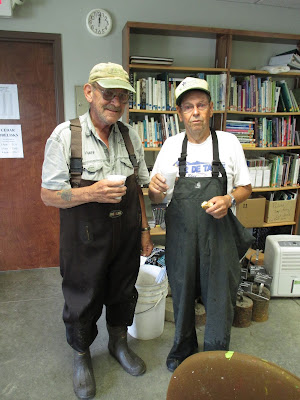 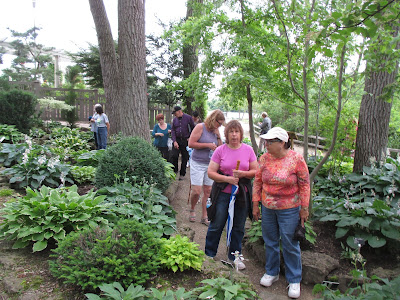 Last night I gave a tour to members of the Wisconsin Hosta Society.  What a fun group (and a great organization to consider joining and supporting!) and we all had a great time enjoying the gardens.  The photo above and two below were taken last night.  The group also gave a generous donation to the gardens and have been supportive in past years too with financial support and plants!  It was a nice evening for a tour!

The grounds staff had a busy day.  Nolan helped with some inside projects this morning as the rain continued.  Janice helped with volunteers and had her own tasks to accomplish out in the gardens. John had quite a few projects including tree removal, container preparations, soil hauling, etc.  Larry spent most of his time in the pond and I caught up on many desk projects on this rainy day.  Further below are more photos from today. 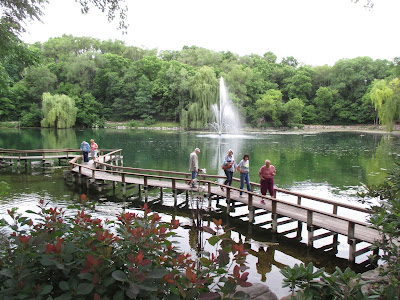 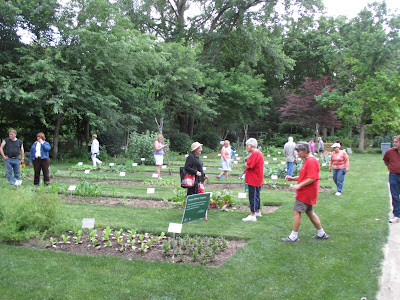 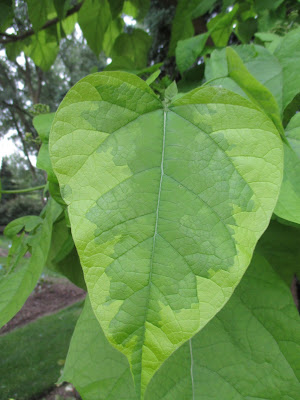 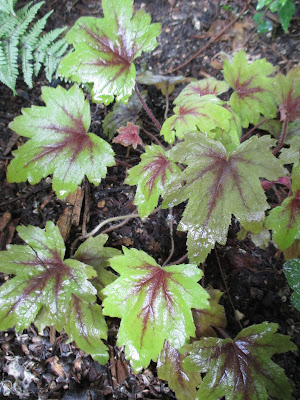 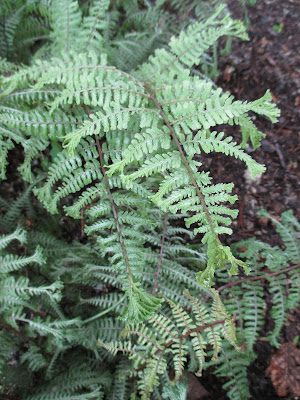 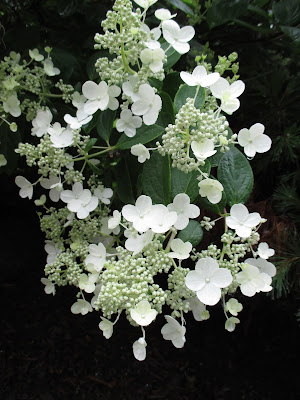 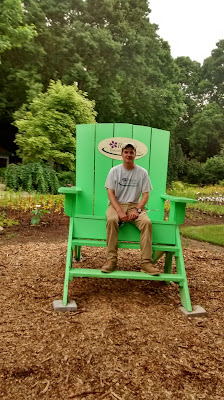