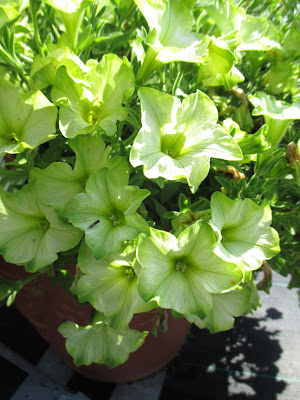 Recent weather hasn’t been quite so cold and has allowed for staff and volunteers to get out in to the gardens for collecting lights from the Holiday Light Show (HLS).  John processed more lights inside and was later joined by Urban.  Peg came in and collected lights out in the gardens from a couple of different locations.  The Janesville Fire Department was at the gardens today for their open ice rescue training which our pond accommodated nicely for them.  We also saw Gary, Rollie, Bill O. and a couple of others.  Marsha and Mirjam, our volunteers in the English cottage garden, also stopped by to talk about our 2016 plans for that space.  I continue to peck away at seed orders and need to get pretty serious about it next week with minimal distractions I hope!
Many of my presentations this year include showing newer petunia varieties that have a hint of green in them.  Green highlights in petunias is not brand new and became noteworthy a couple years ago with the variety ‘Pretty Much Picasso’ (seen further below) which is a pink petunia with green edge.  Efforts have been made to breed a green petunia and the unnamed selection above is the closest I’ve seen yet.  This is an experimental variety that I photographed this summer and further below you can see some varieties that are “sort of green” or hint a a lime coloration.  I’m personally excited about the thought of more green in petunia or even totally green varieties.  Why not!  However, I like varieties like the one directly below for use in baskets and containers where they can be viewed up close.  Beauty is subjective so many may not like green in their petunias (or even petunias at all) but I wanted to share some of the varieties that continue to “lean” in the green direction. 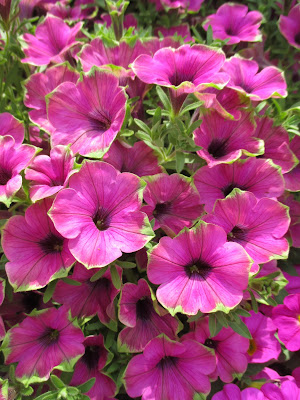 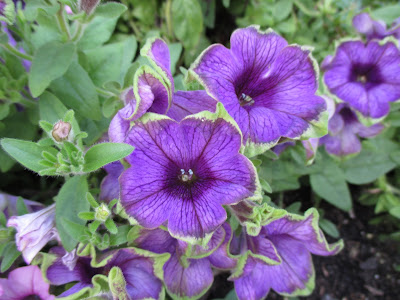 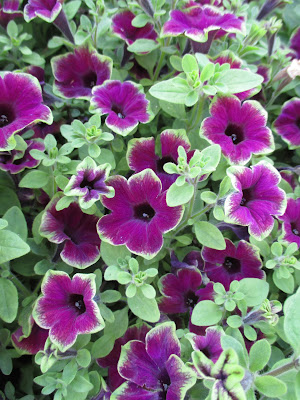 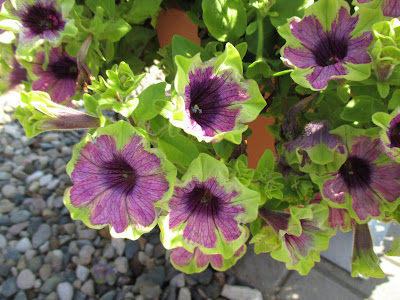 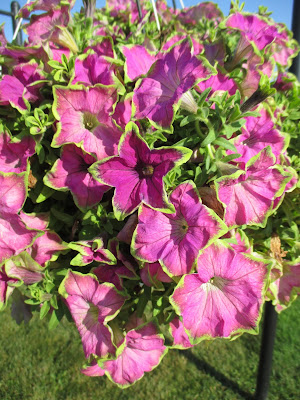 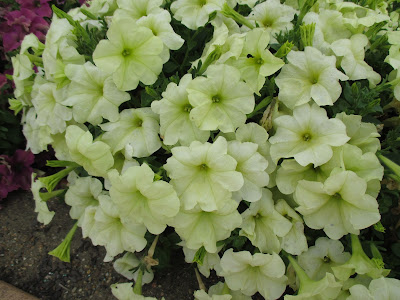 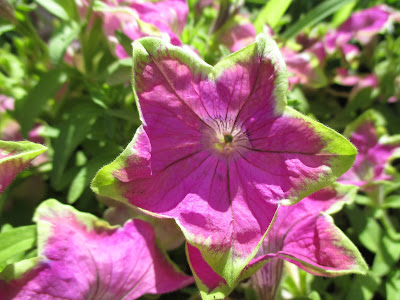 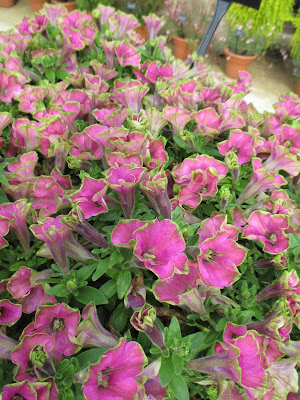 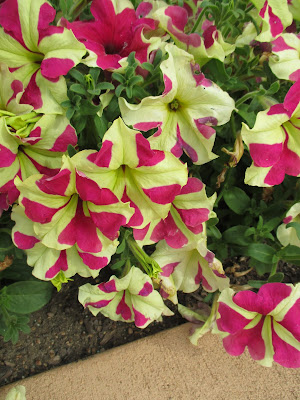 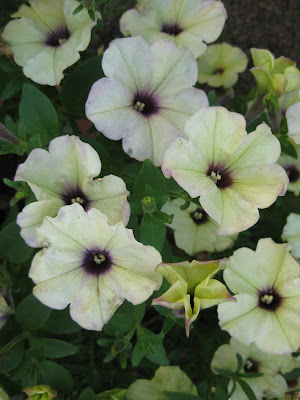 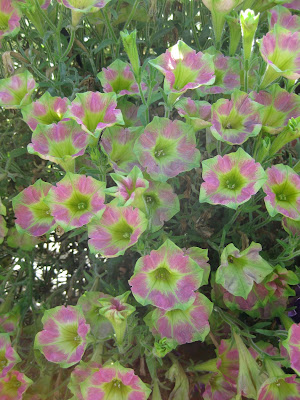 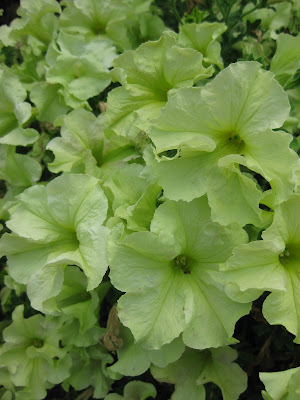 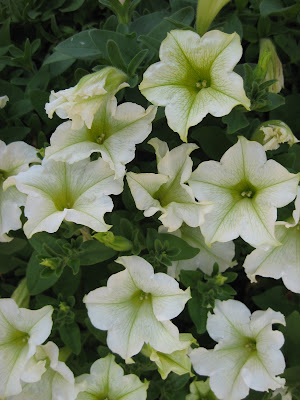 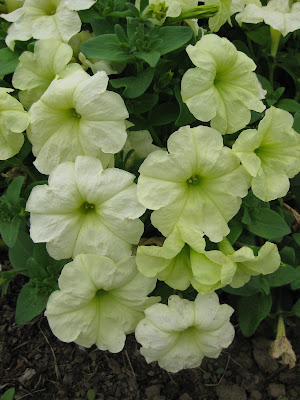 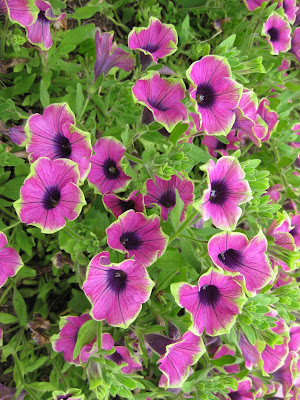