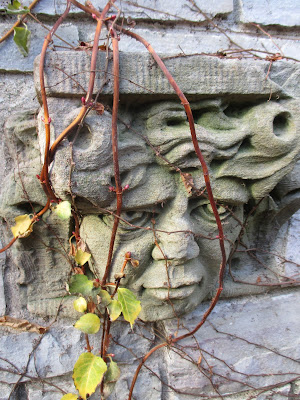 This blog is a bit tardy and actually covers both Friday and Saturday.  We had snow arrive on early Friday evening and 18 hours later…we had 11 inches of snow.  The snow was mushy on the bottom which made snow removal difficult but essential as we needed to prepare for the Taste of Chocolate event on Saturday (which went well).  My feelings on pre-Thanksgiving day snow are reflected in the image above (this face is on the reception garden wall facing the sunken garden).  I’ll admit, I wasn’t real excited about a day of removing snow both at home and work…however, it was the type of snow you’d like to see on Christmas morning and was beautiful.  On Friday, Bob K. (below), Terry, Big John, Larry and Cindy all worked on primping the Holiday Light Show (HLS).  The grounds staff is finishing for the year although I’ll have some winter help from Big John and Larry H.  Volunteers included Dr. Gredler, Maury and Bill O.  The nine photos below were taken on Friday before the snow arrived. 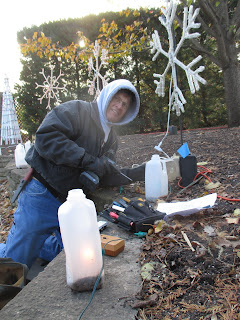 Bob K. working on some outlets in the reception garden 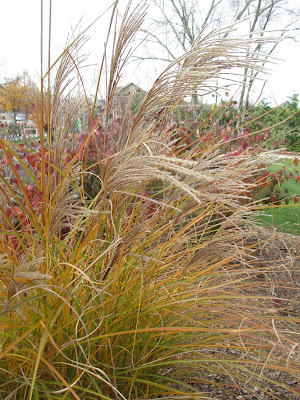 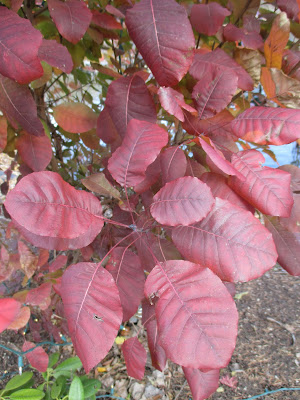 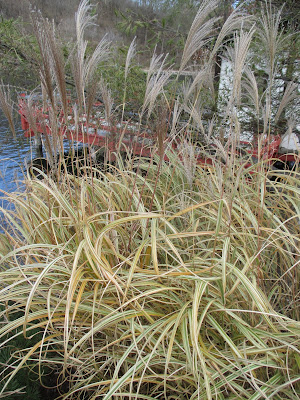 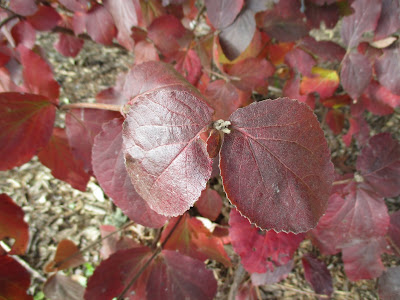 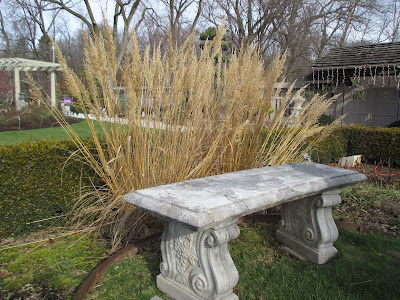 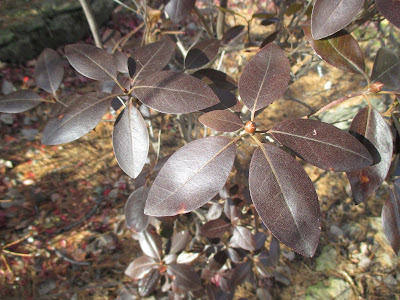 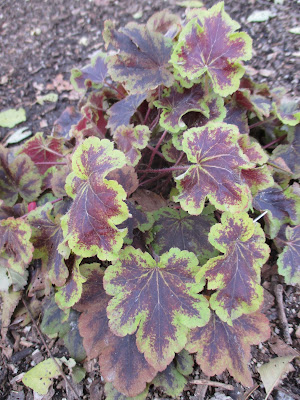 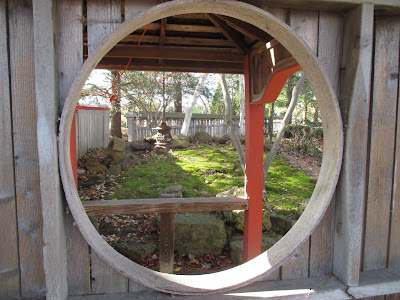 neat view to some mosses in the Japanese garden 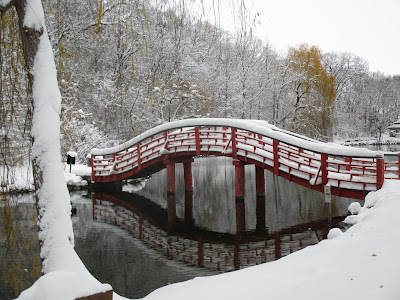 After the snow stopped falling, we had 11″ on the ground and about 6″ on the warmer pavement and paths.  Maury came in to help shovel (thanks Maury!) and Big John, Bill O. and I ran snowblowers for a couple hours on Saturday to clear paths for the premiere lighting of the HLS as part of the Taste of Chocolate event.  The snow didn’t clear real well and dipping temperatures created some slick spots that we needed to deal with before people circulated through the show.  Everything should melt off over the coming week or so though.  Bob T. and Barb C. helped as trail walkers and guests had many positive comments to say about HLS and the Taste of Chocolate.  The snow I just complained about made the HLS look AWESOME!  Below are some additional snowy images from the gardens. 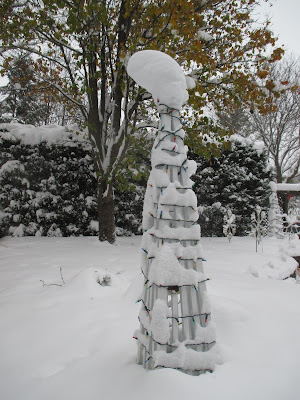 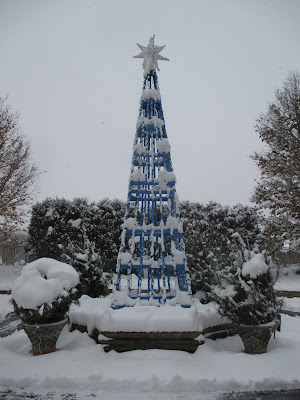 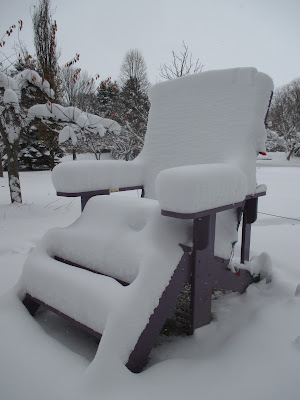 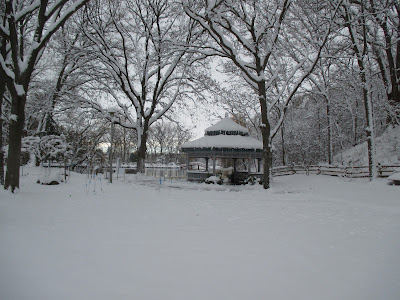 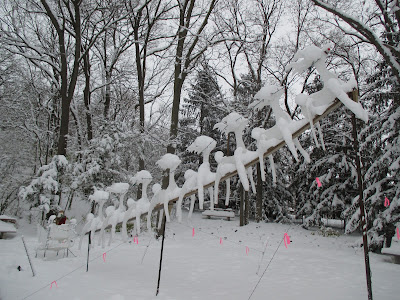 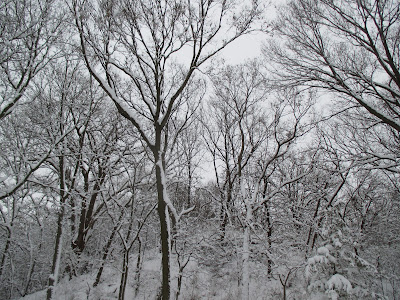 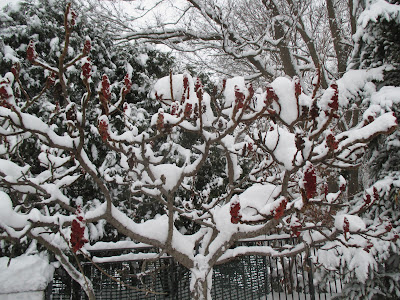 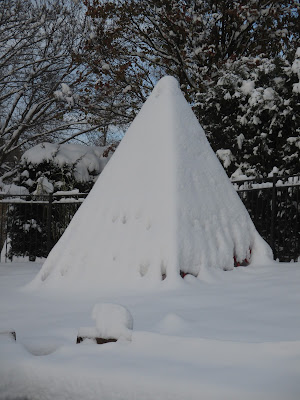 above is this pyramid at 3 pm and below…at 9:30 pm with some nice lighting 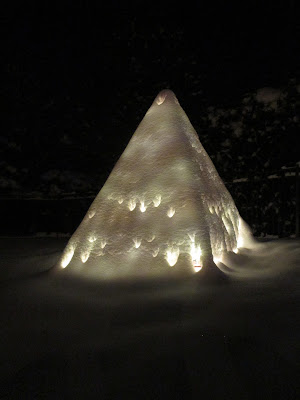