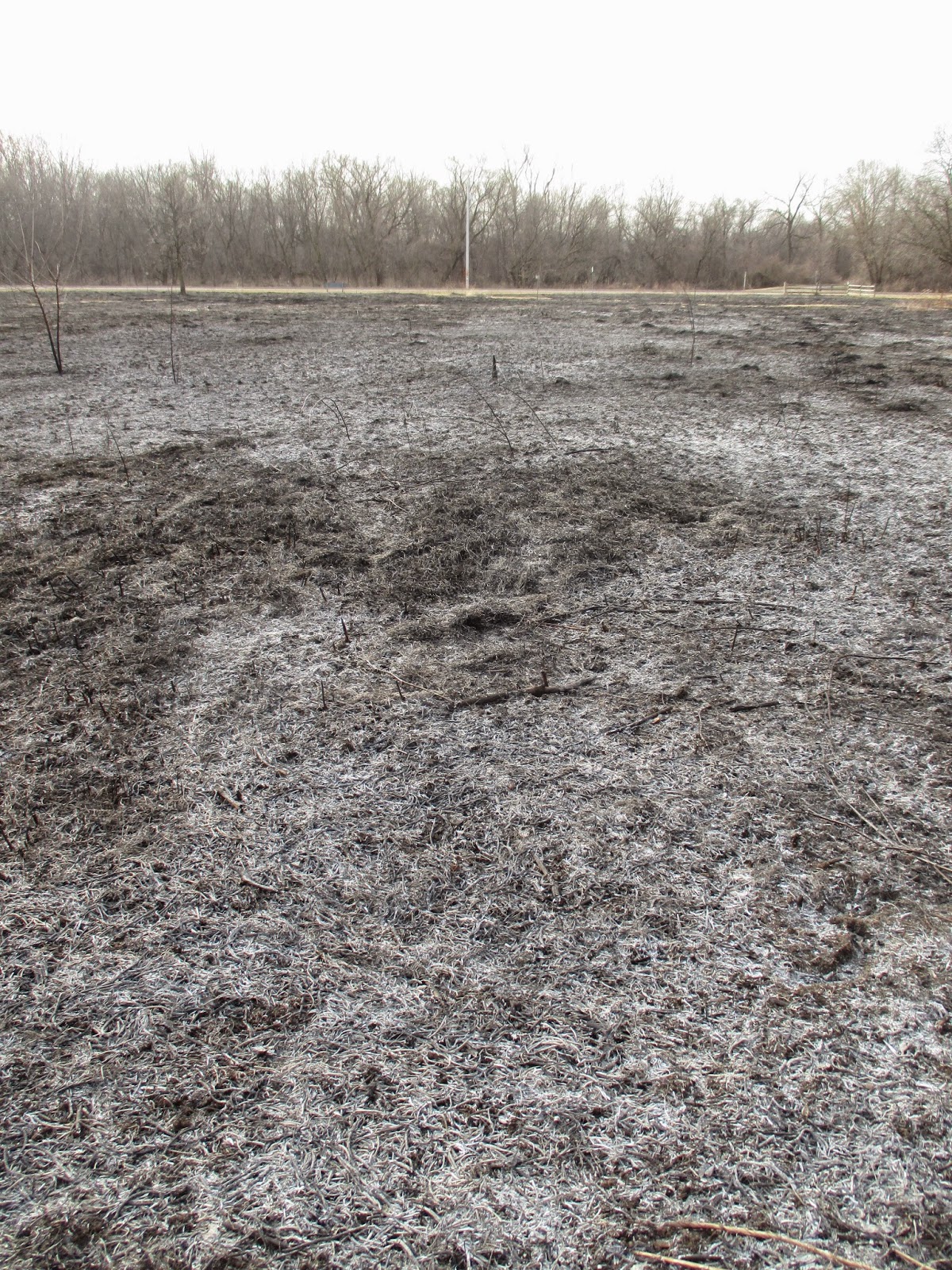 I finally was able to explore the garden today and saw signs of Spring everywhere!  I also saw a lot of deer tracks, deer poop, broken signs and the other traditional signals that winter is receding.  Despite the barren landscape above, this is our prairie which was burned quite nicely by the City of Janesville Parks burn crew earlier in the week.  They did the best job ever and it wont be long before we see green sprouts coming up through this ash.  Further below are some of our earliest bulbs showing color like winter aconite (Eranthis hyemalis) and snowdrops (Galanthus sp.).  We also have some early perennials peaking out and we’ll see more each day.  A little rain would be nice as it was a “dry” winter.  We had lots of volunteers tidying out in the gardens this morning as we wanted to spruce things up before the Spring Symposium this upcoming Saturday.  It looks like we’ll have a great crowd and we hope folks will wander the early spring garden. 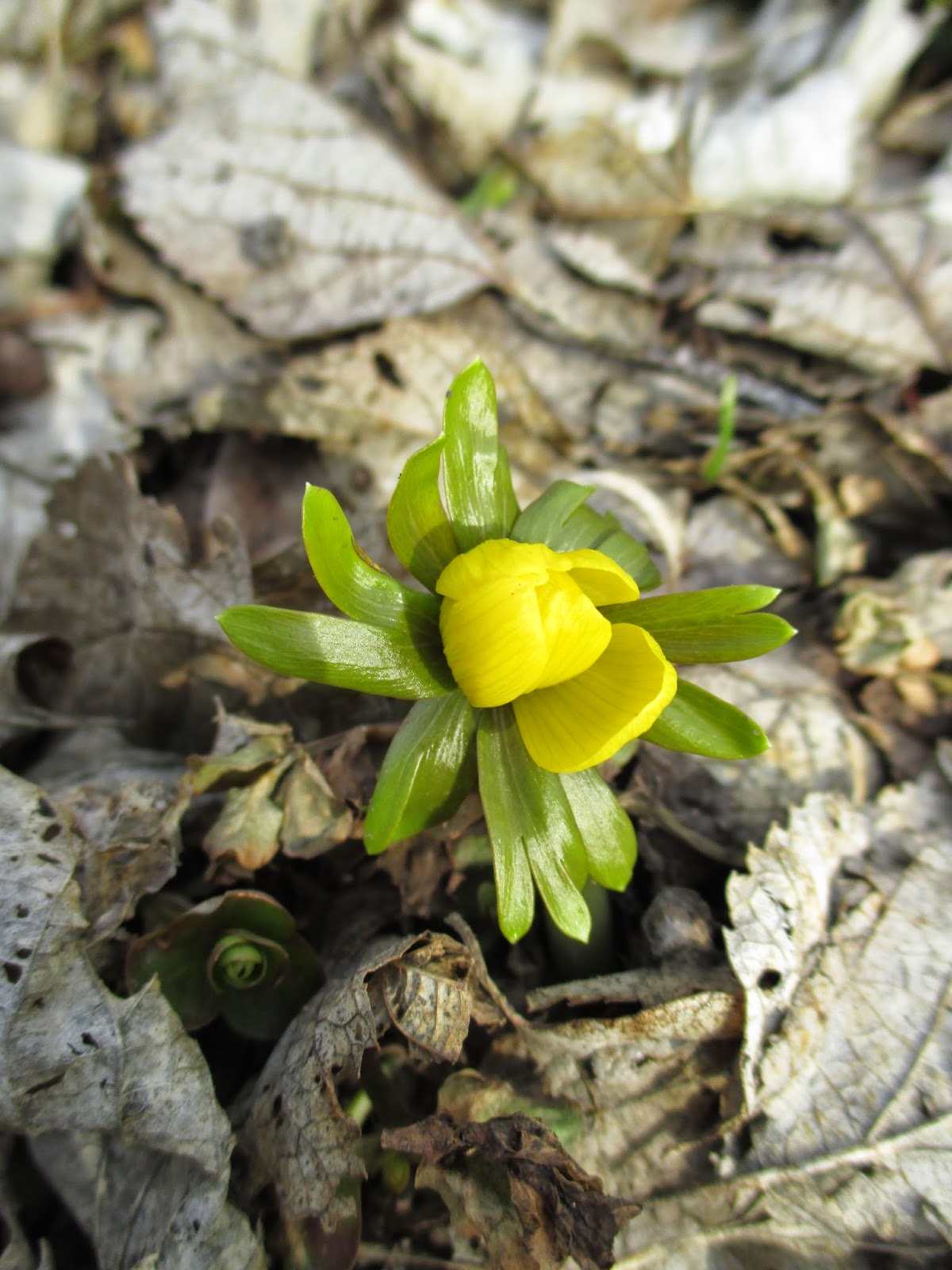 winter aconite (Eranthis hyemalis) above and below 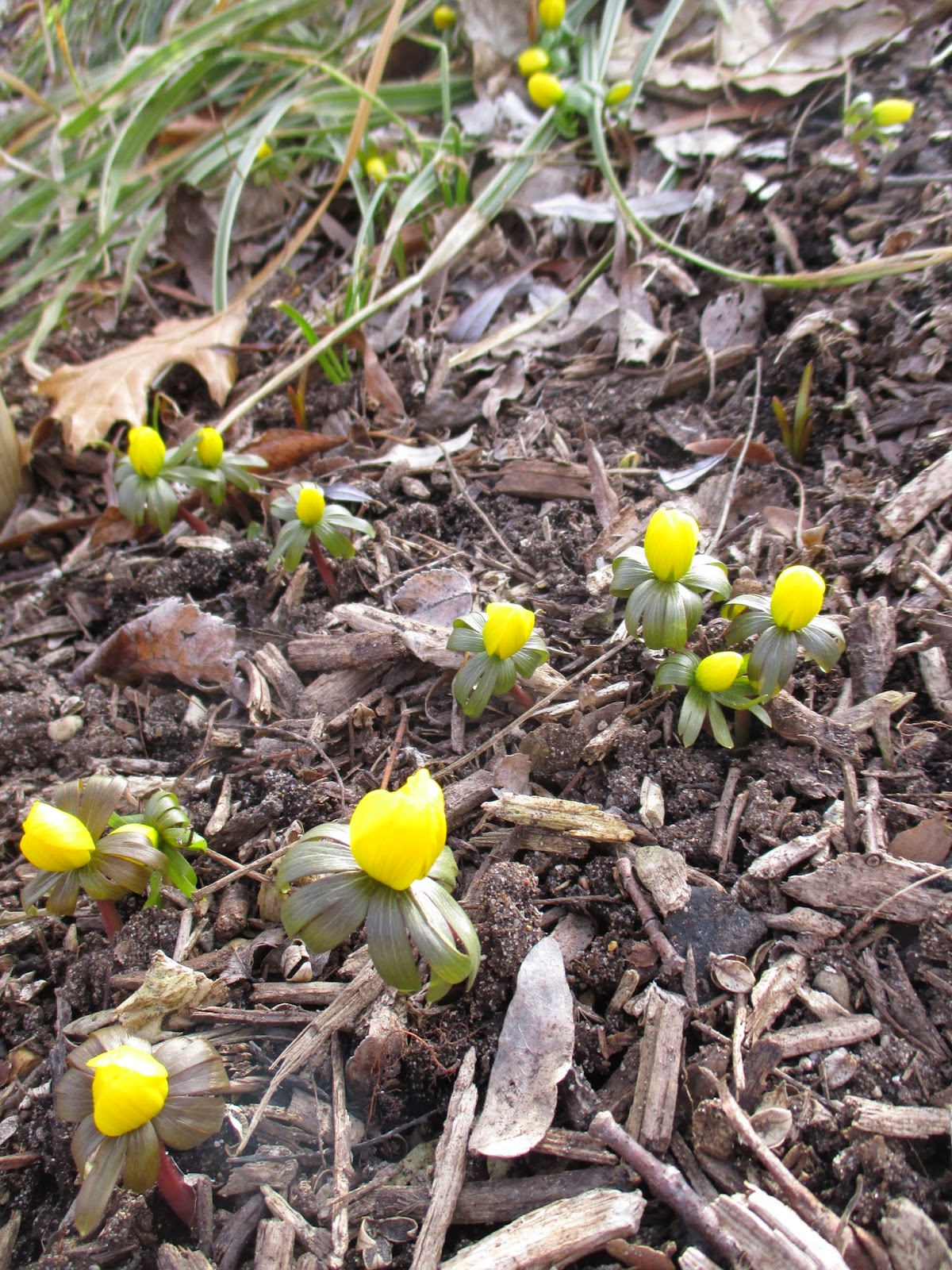 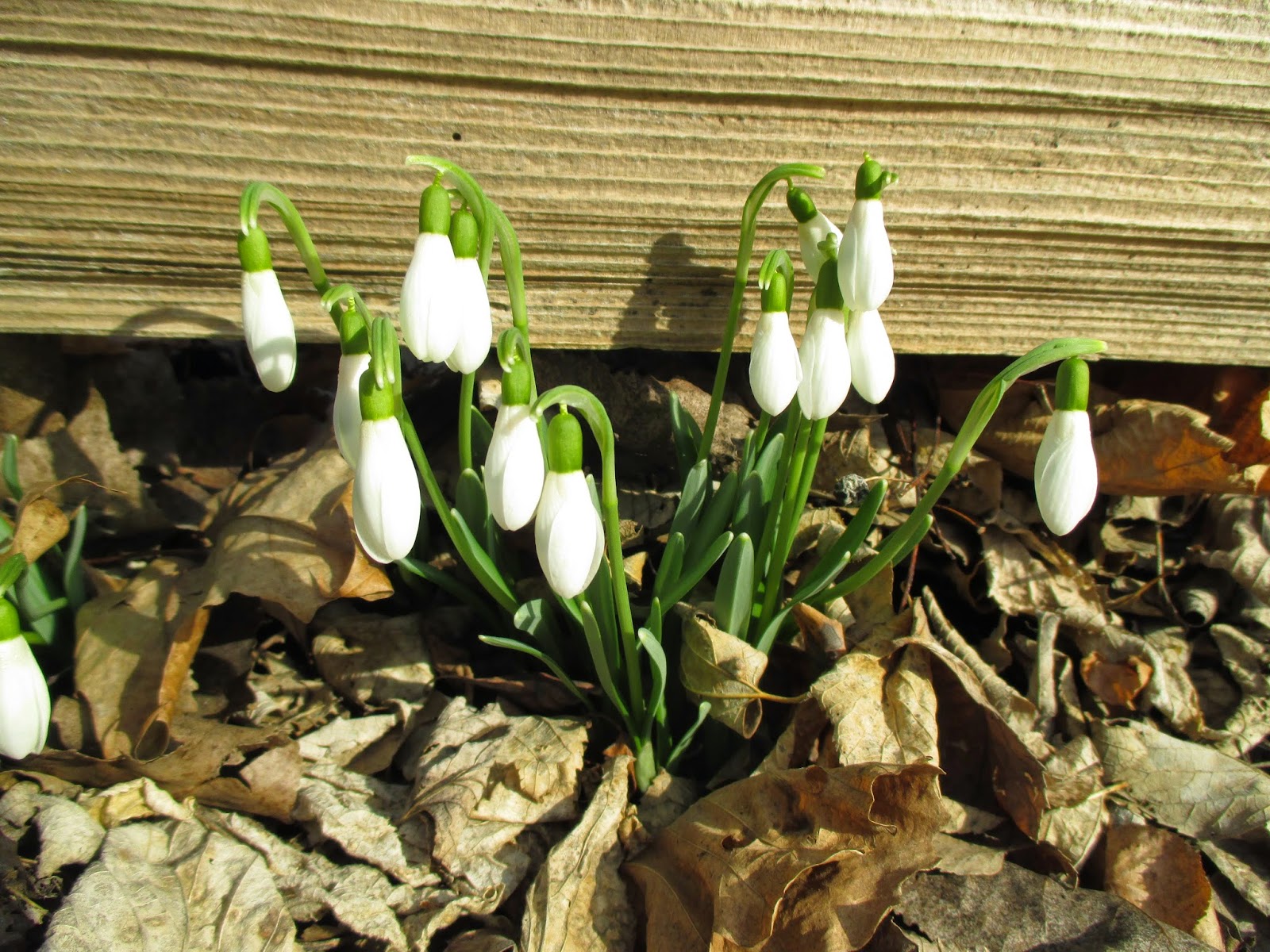 snowdrops (Galanthus nivalis) above and below 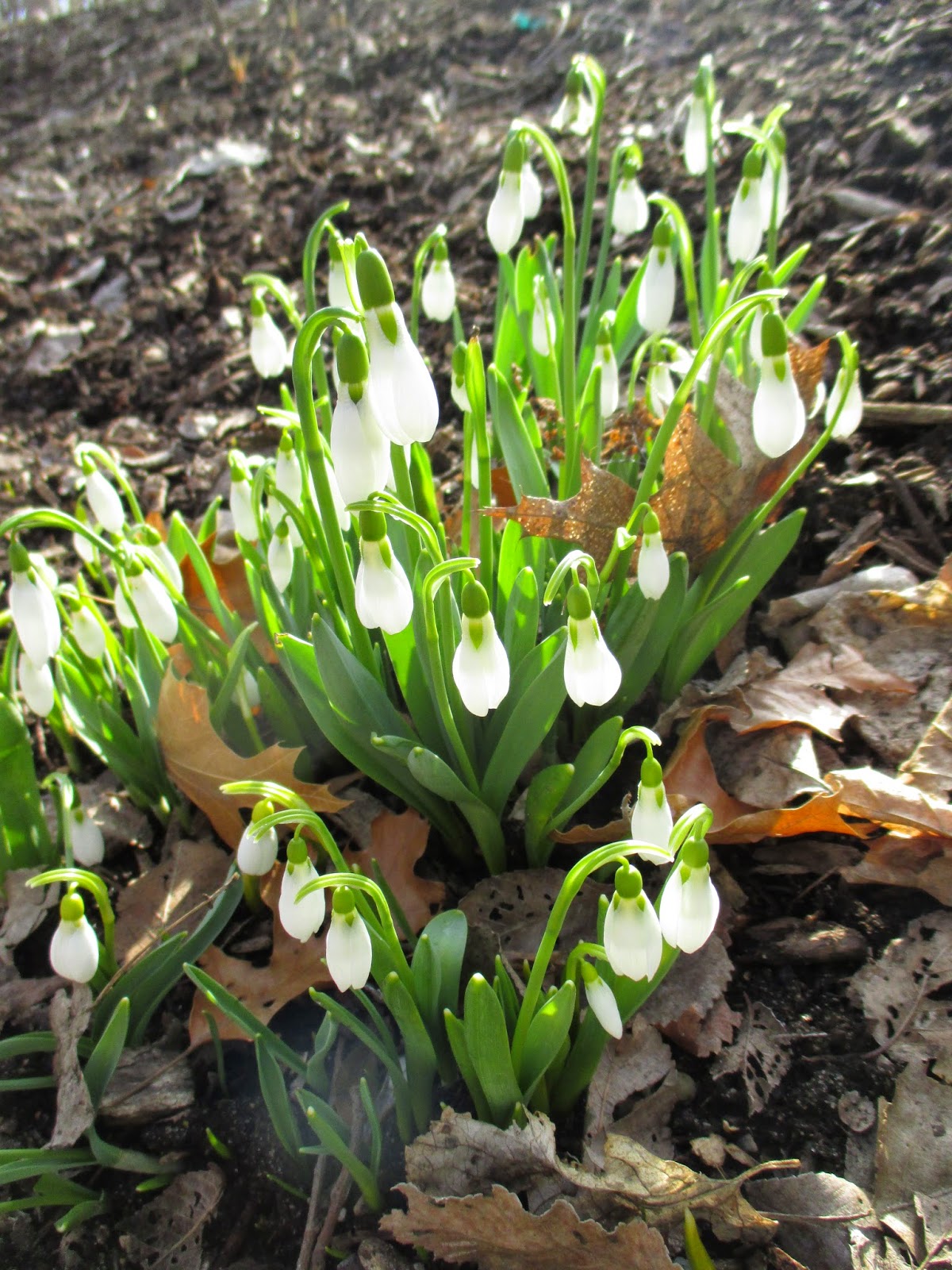 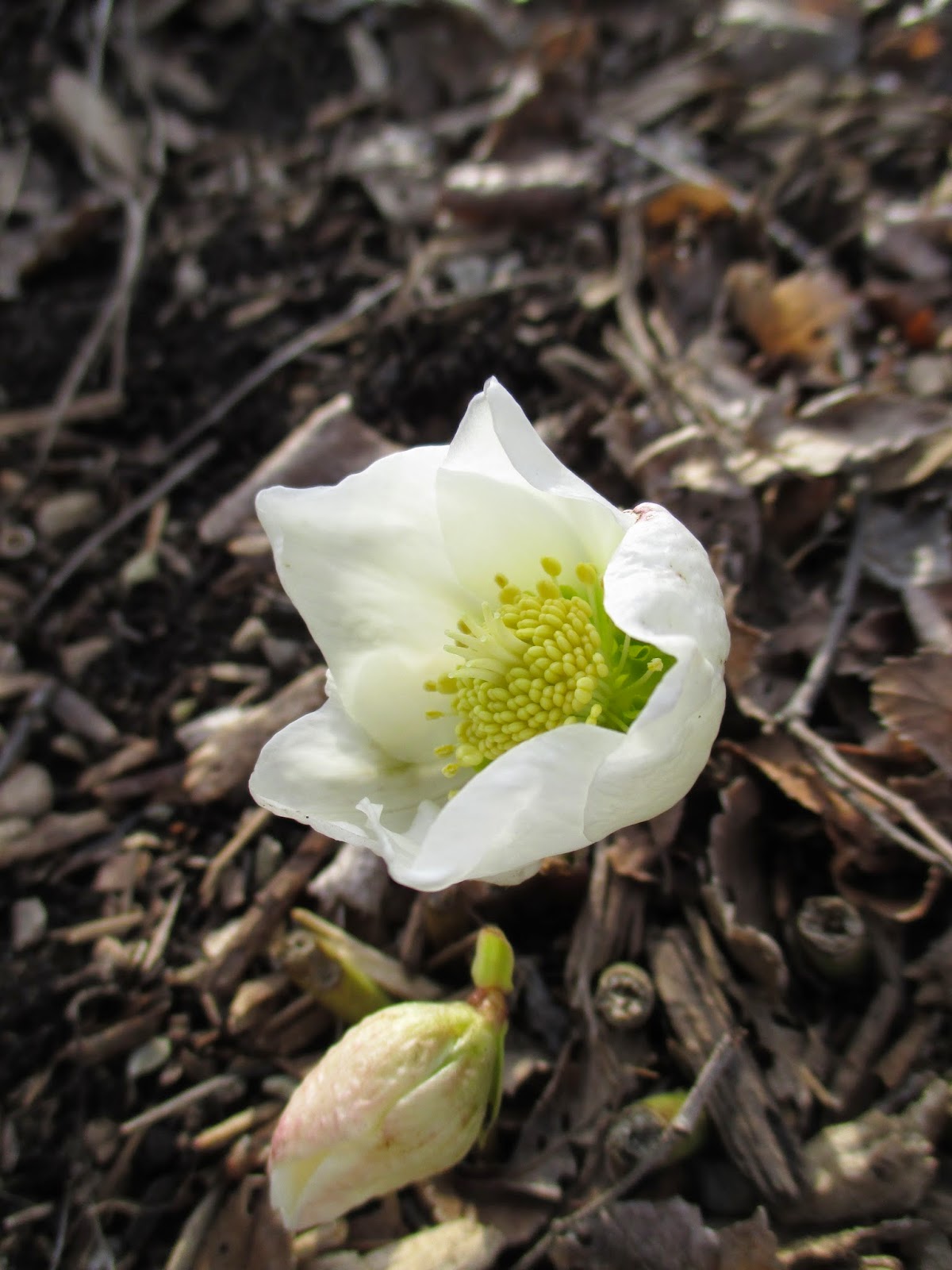 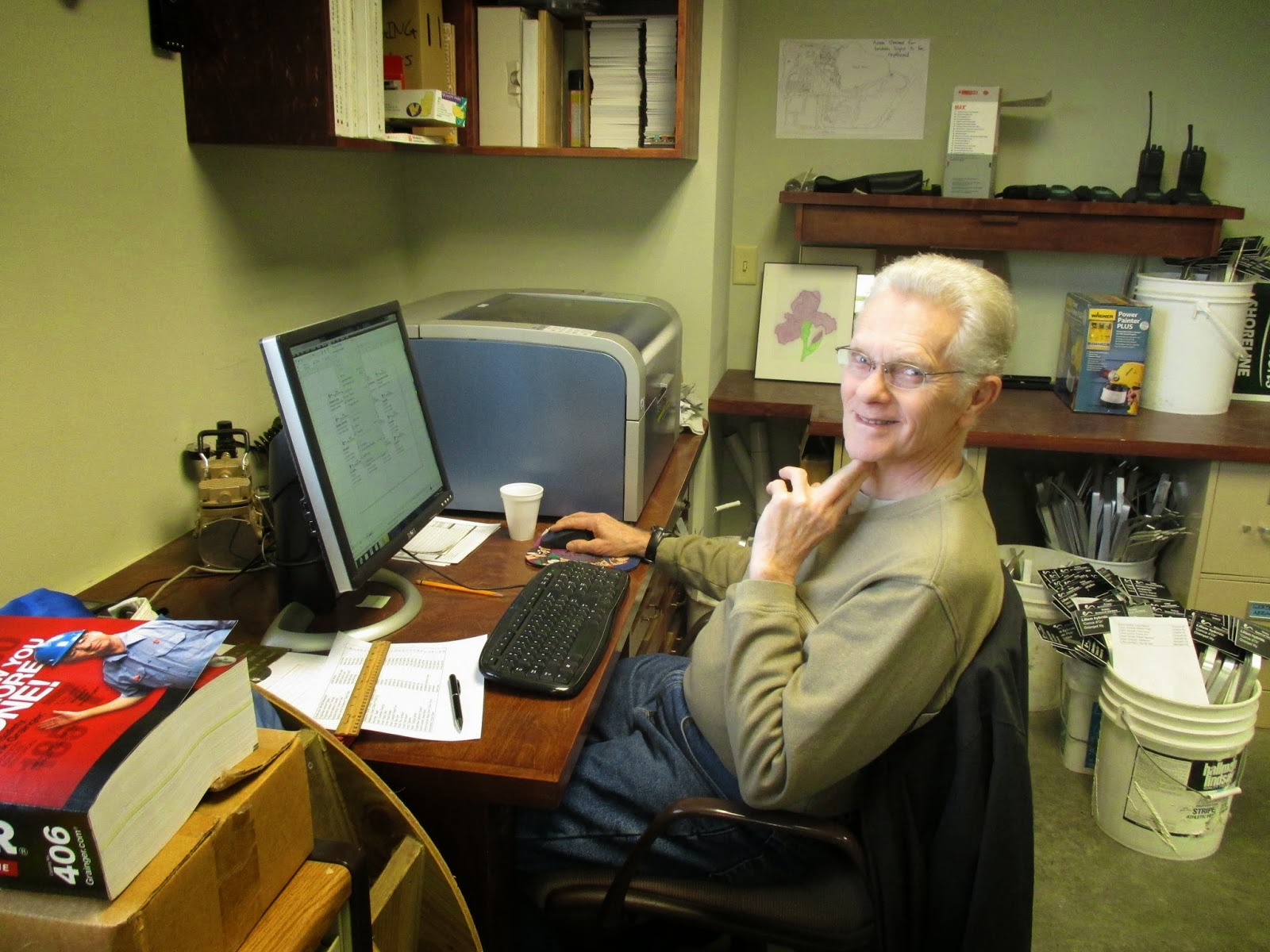 We had a solid crew of volunteers today both inside and out.  Gary (above) worked on producing more labels for incoming perennials.  The carpenters below (RonY., Vern and Jim, left to right) were working on their giant rulers which are for their annual standing long jump competition (although we might also use them in the gardens…).  Dr. Gredler (third photo down) was doing more painting and we still have plenty yet to do (see the doors for the Jungle Garden in the second photo down).  The fourth photo down shows Marv and Terry (driving) hauling over items for the Spring Symposium.  The guys had plenty of trips and did a nice job.  Larry H., Ron R., Alan M., Peg and Kathy all worked on garden clean-up in the entrance garden and beyond.  Pat did a nice job continuing his pruning (ninth photo down) and Dick H. made a record 6 trips to the dump today with our spring debris.  Bill O. came in to help out later in the day with garden clean-up. Janice was in to work on Spring Symposium preparations and we also saw Rollie and many others today. 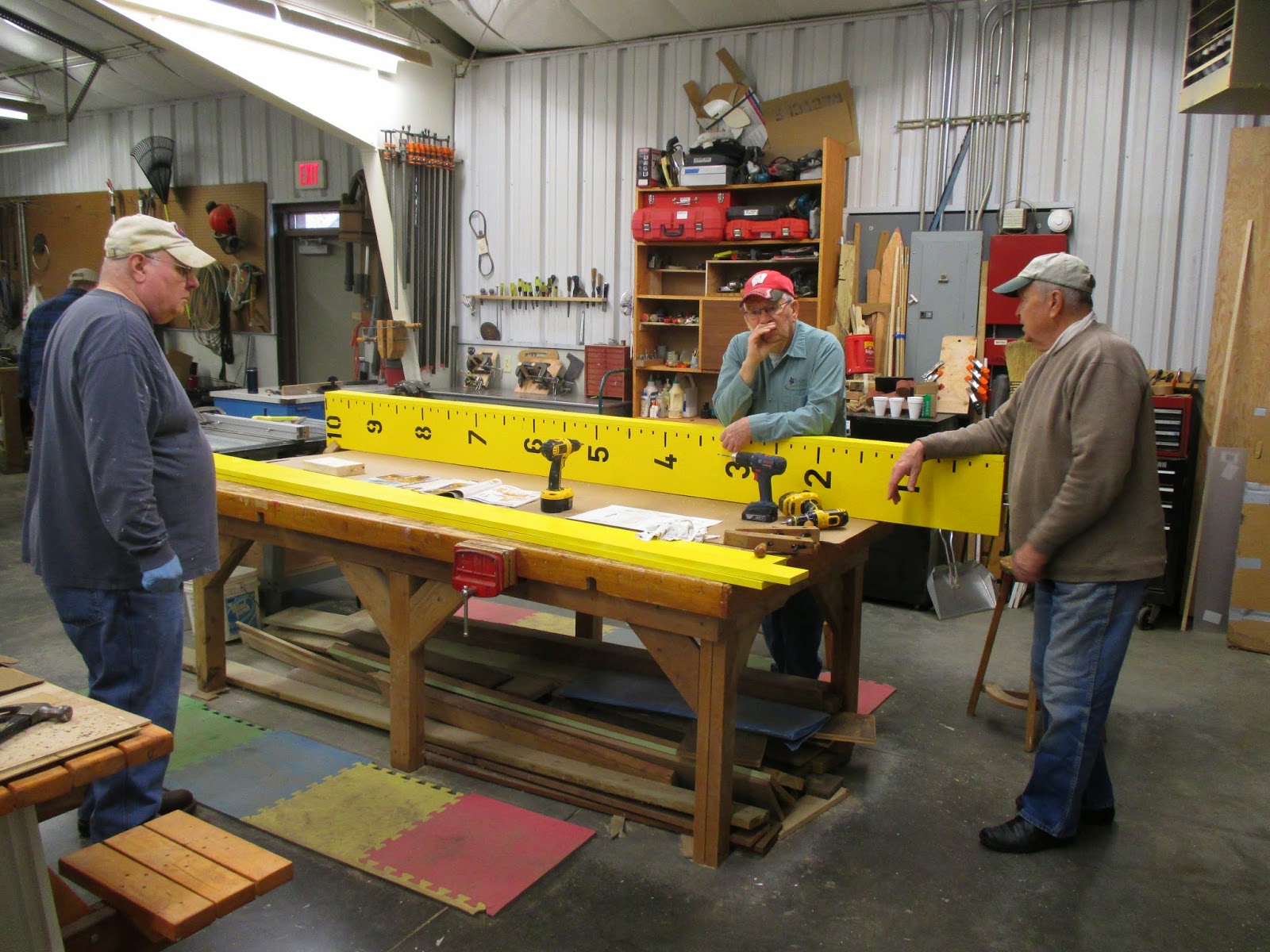 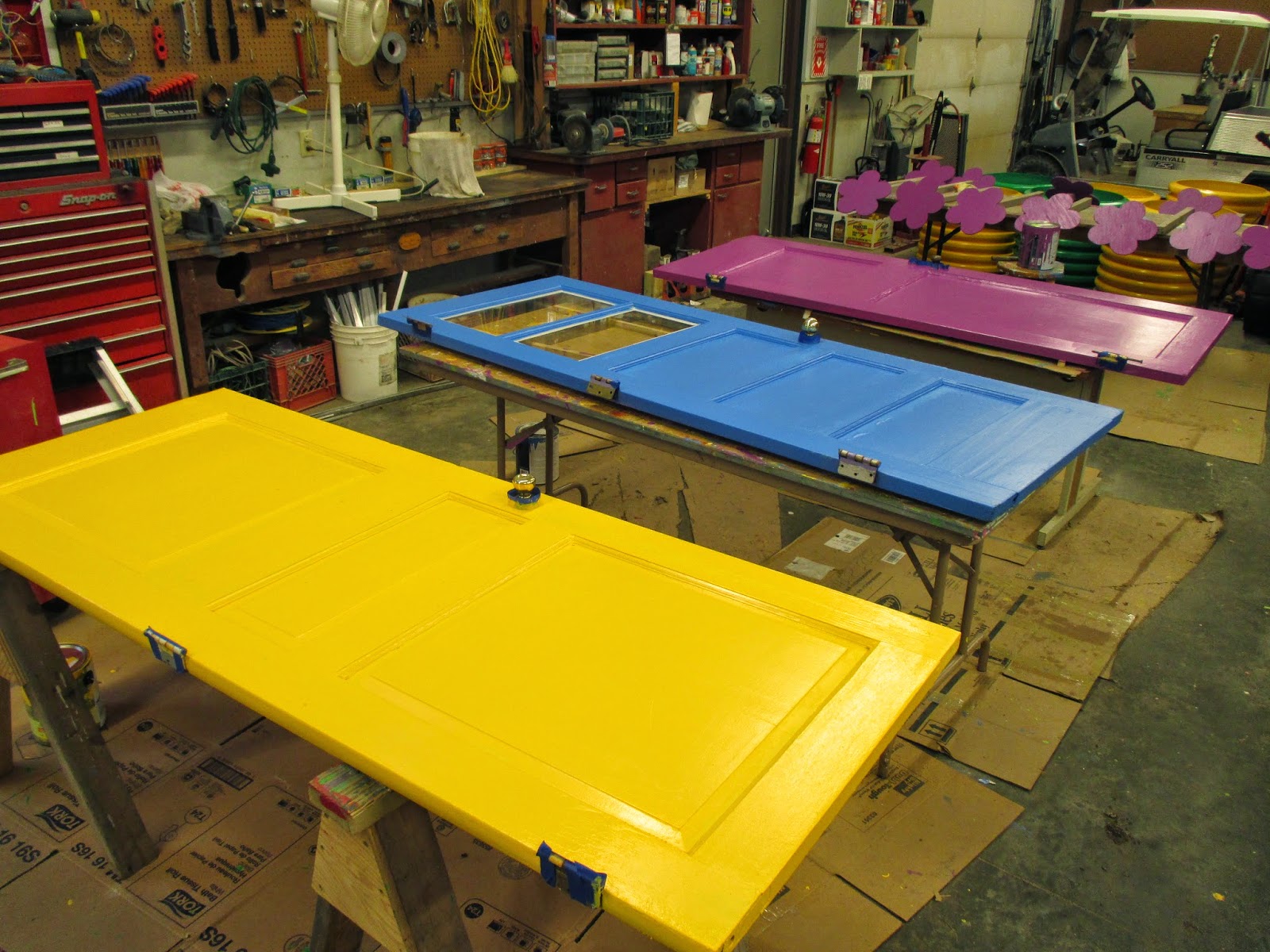 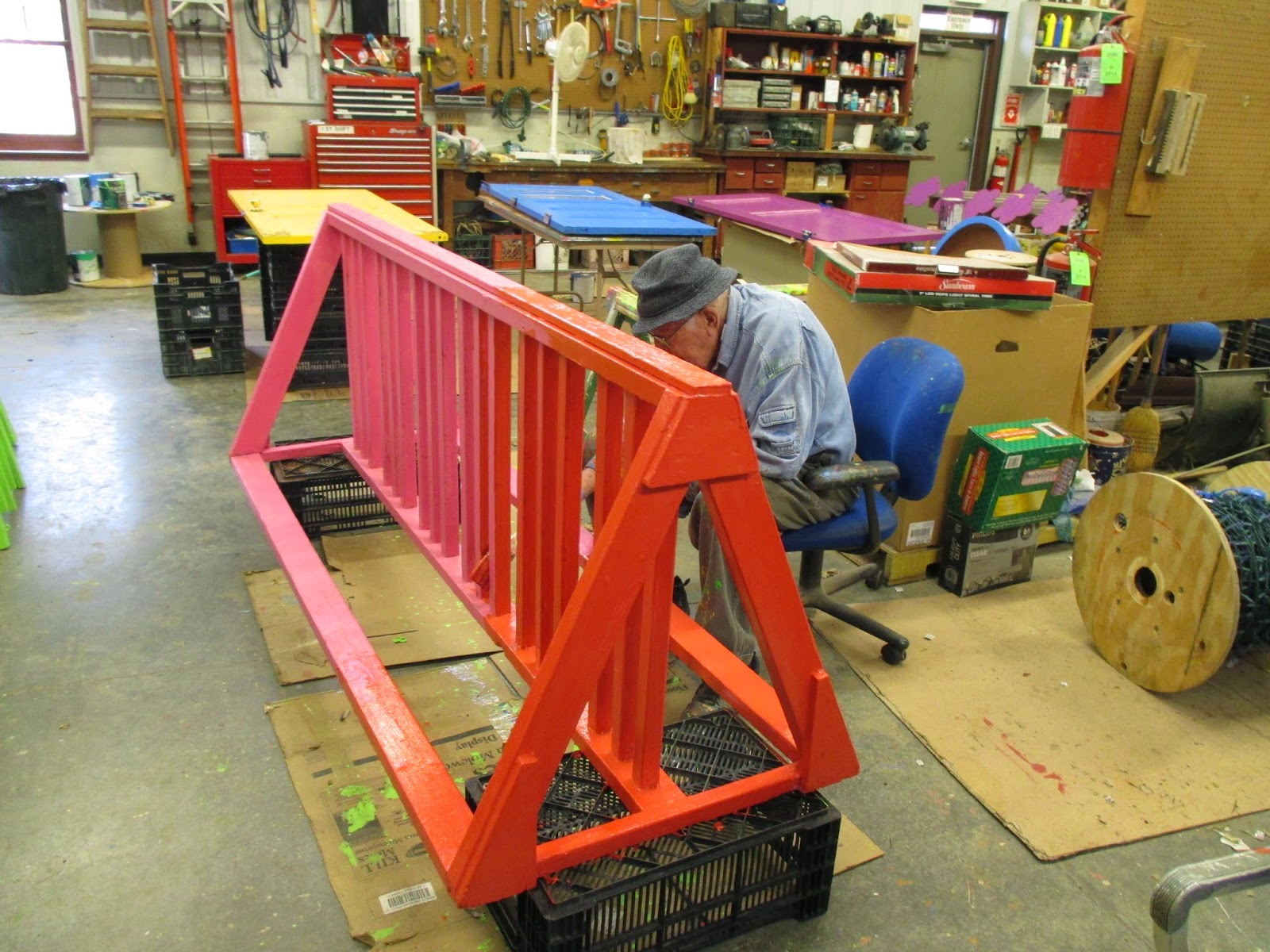 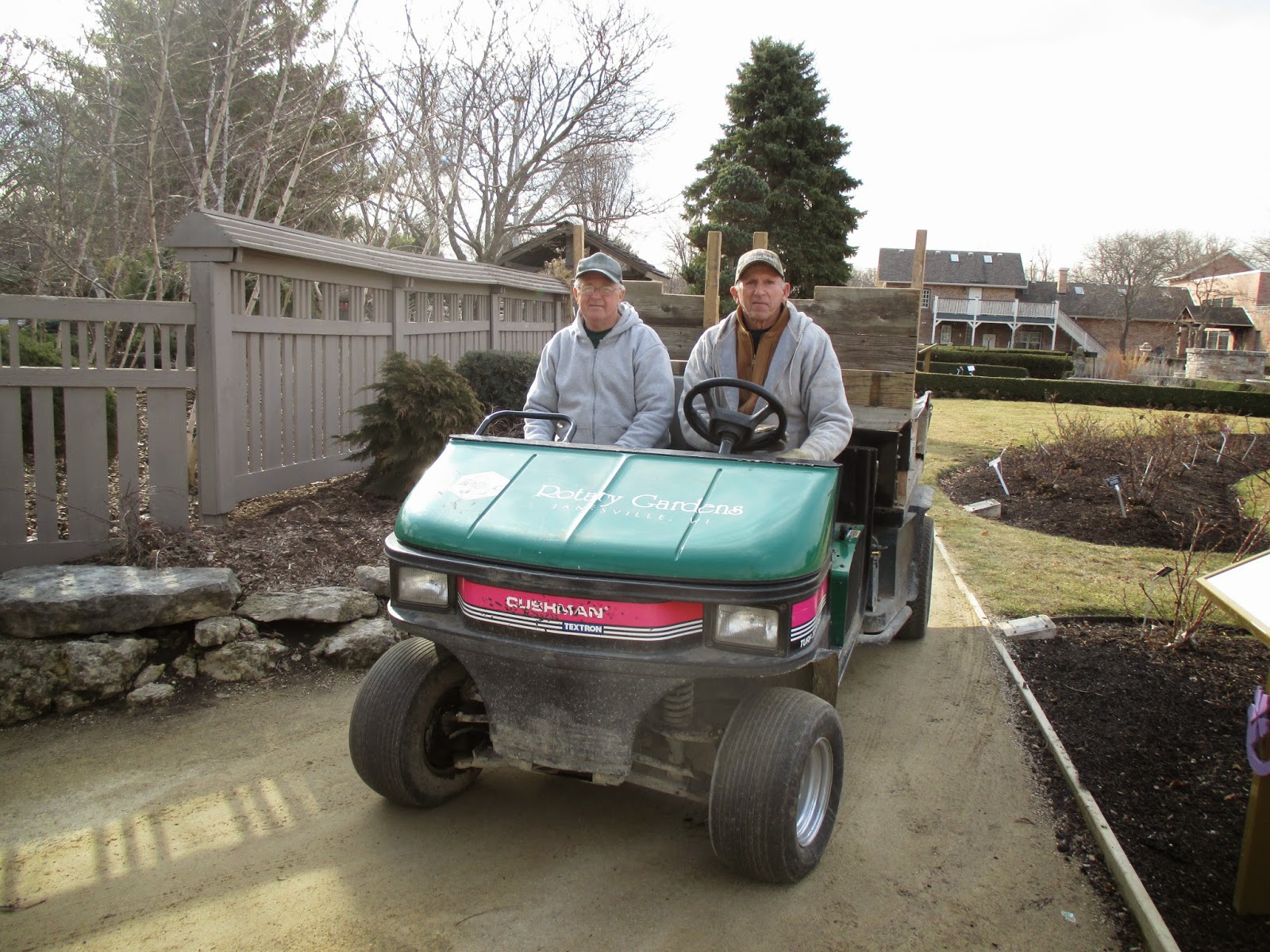 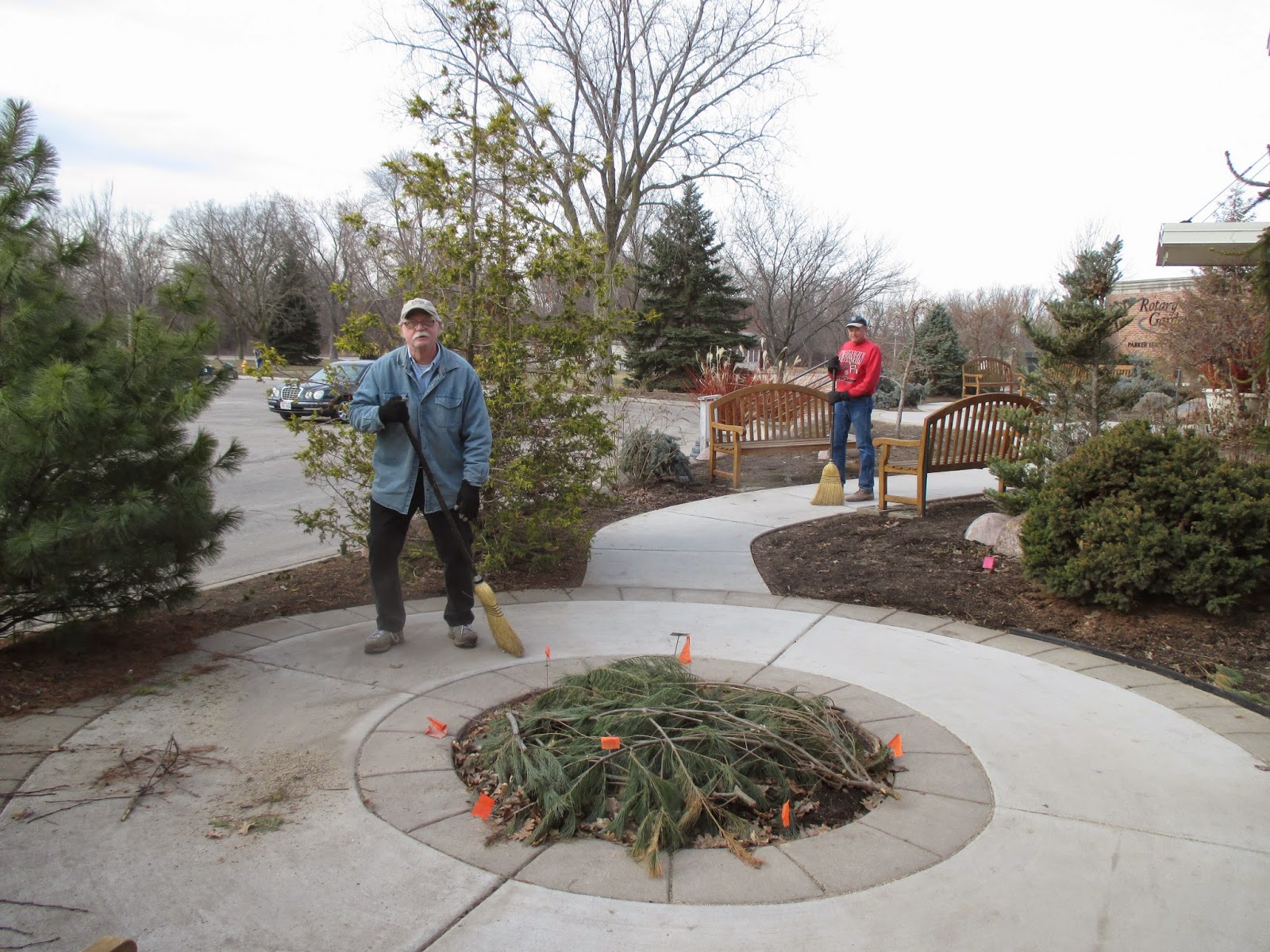 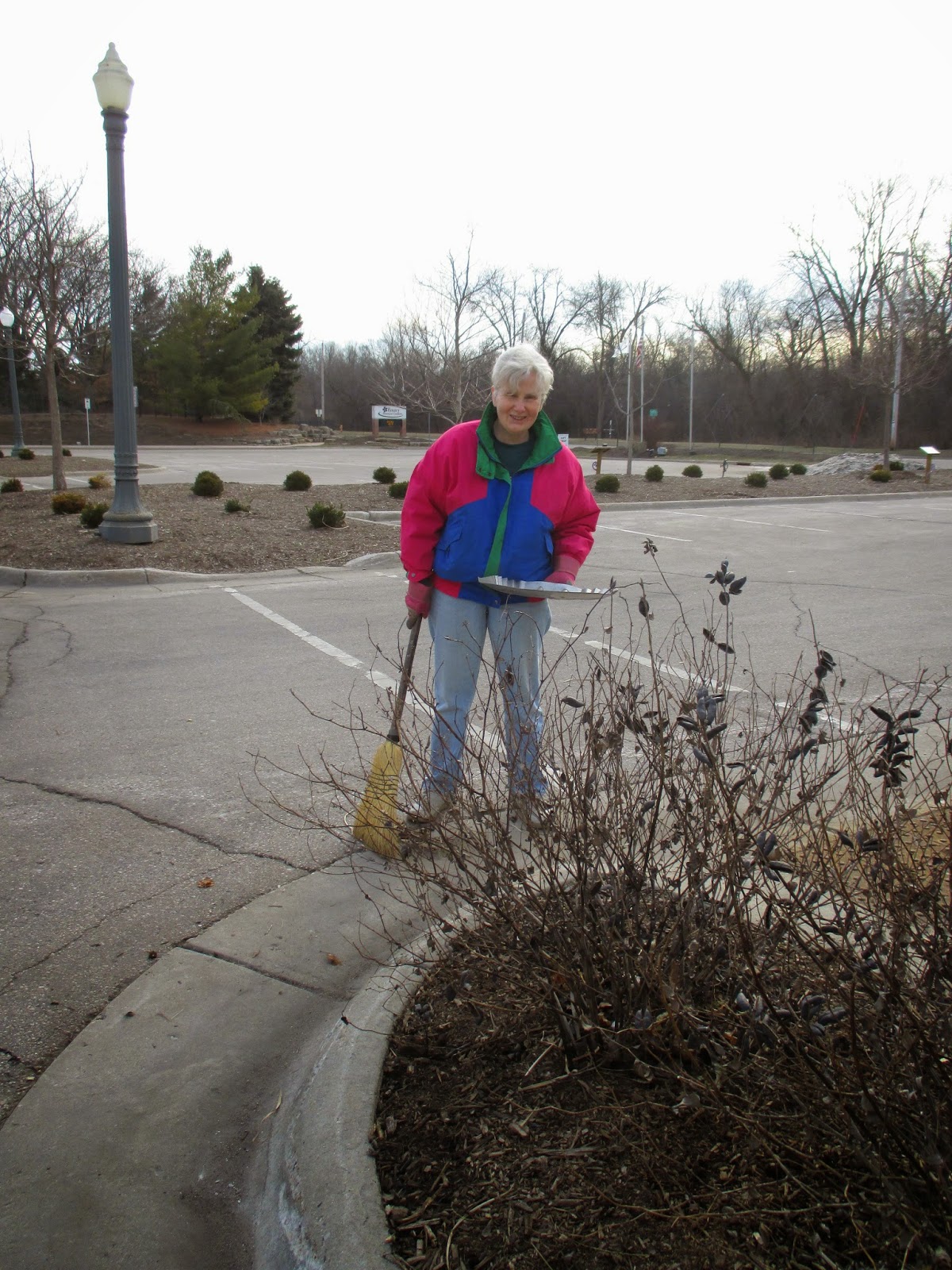 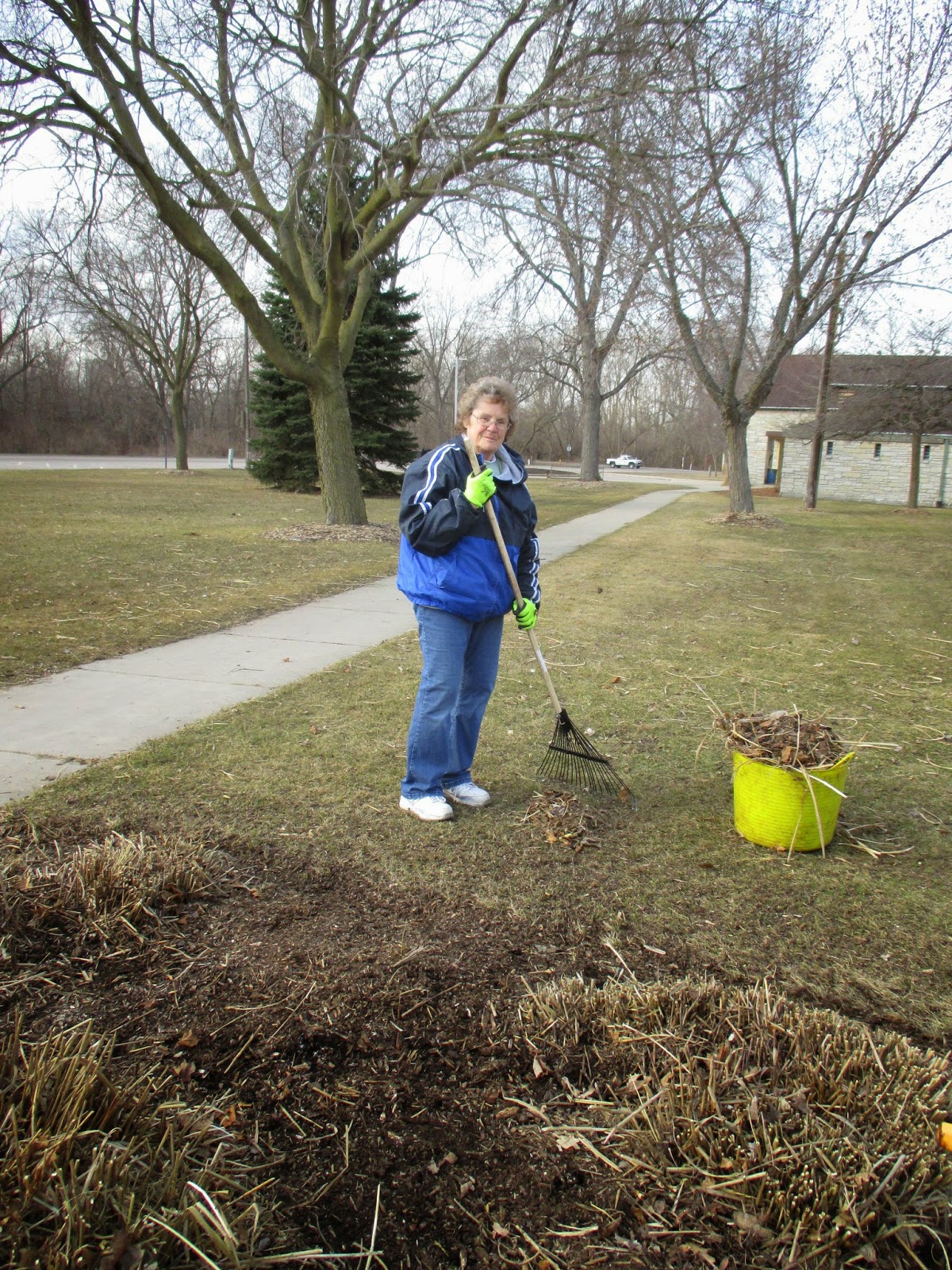 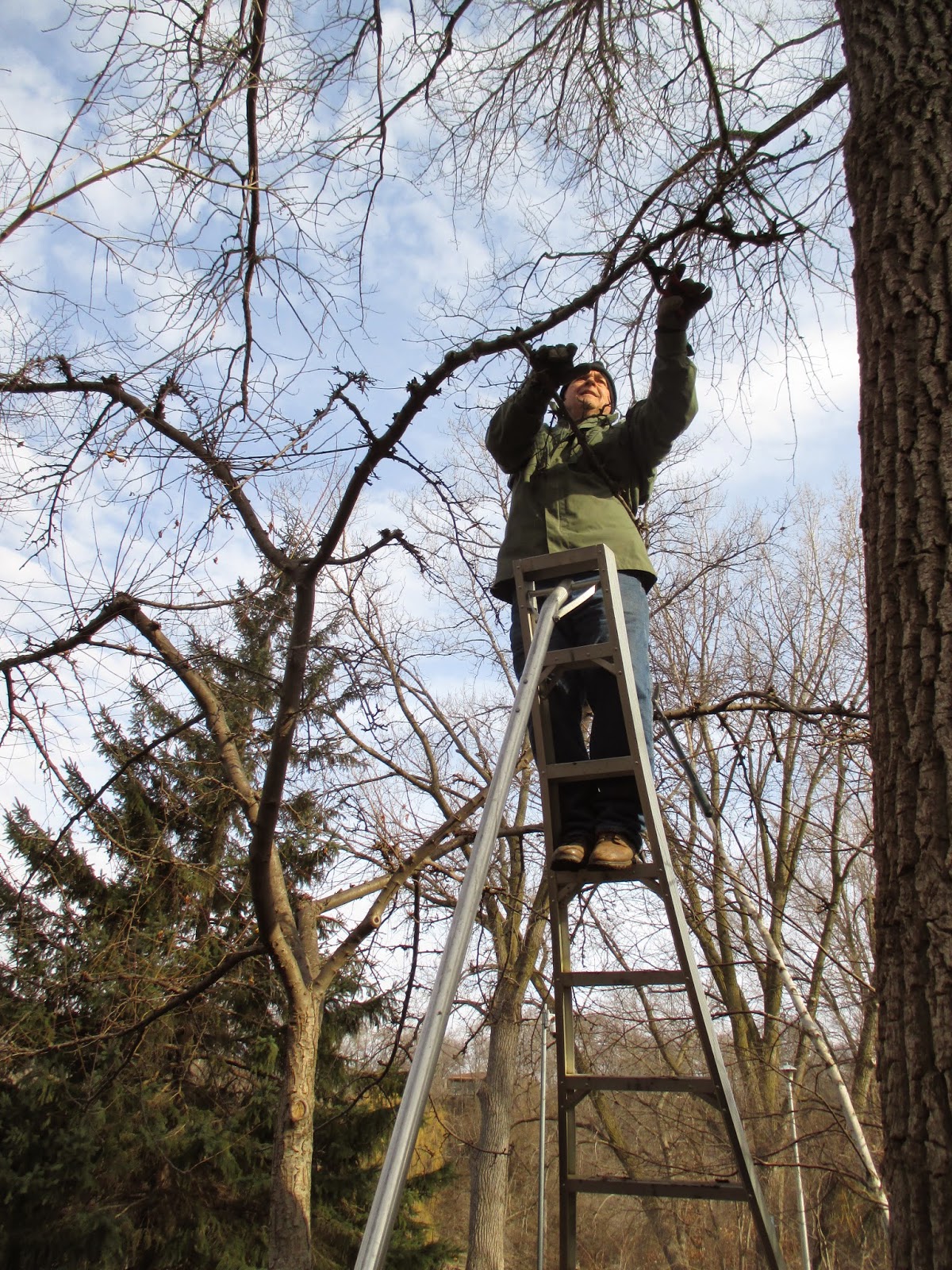 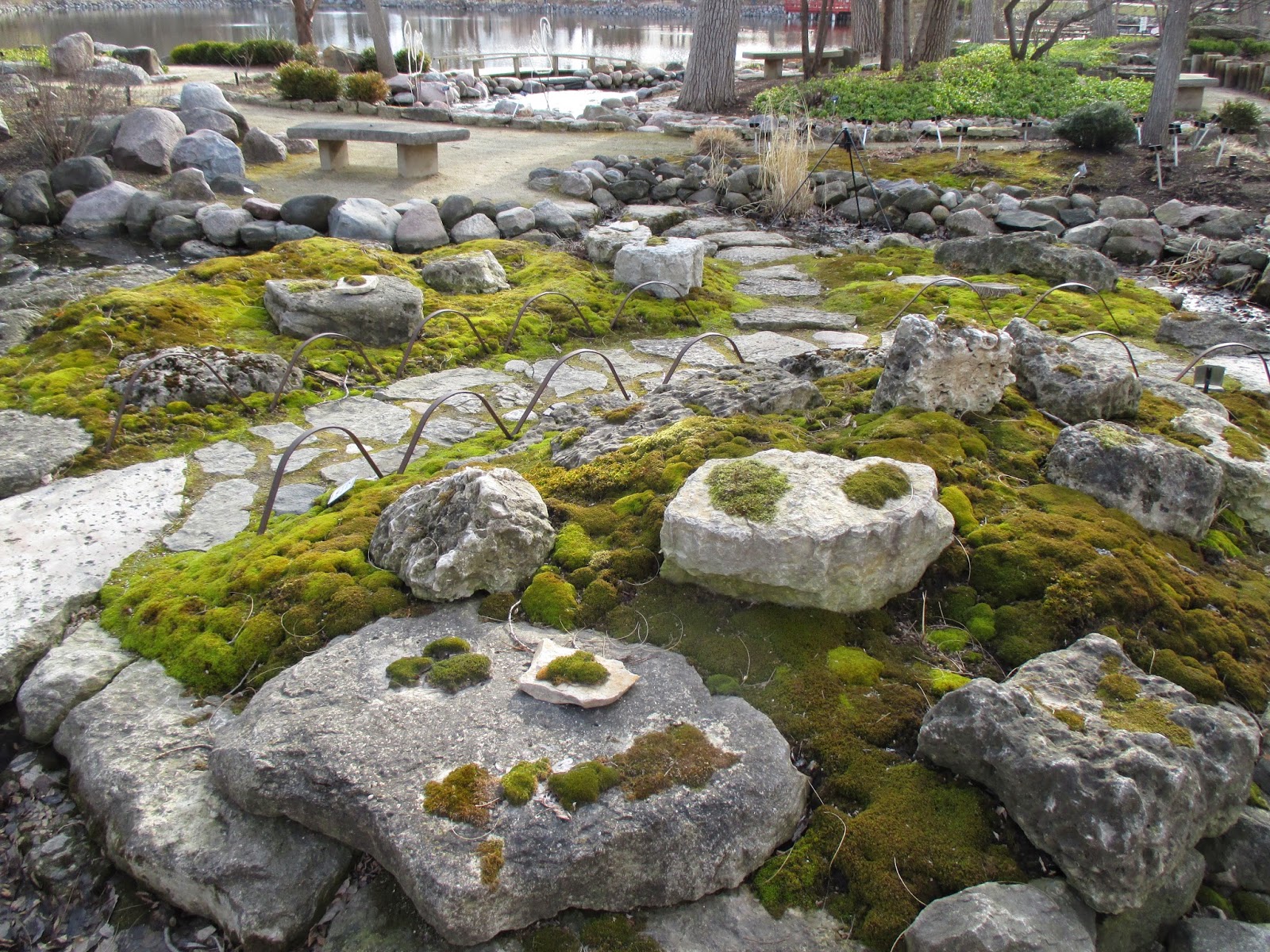 the moss island is greening up nicely! 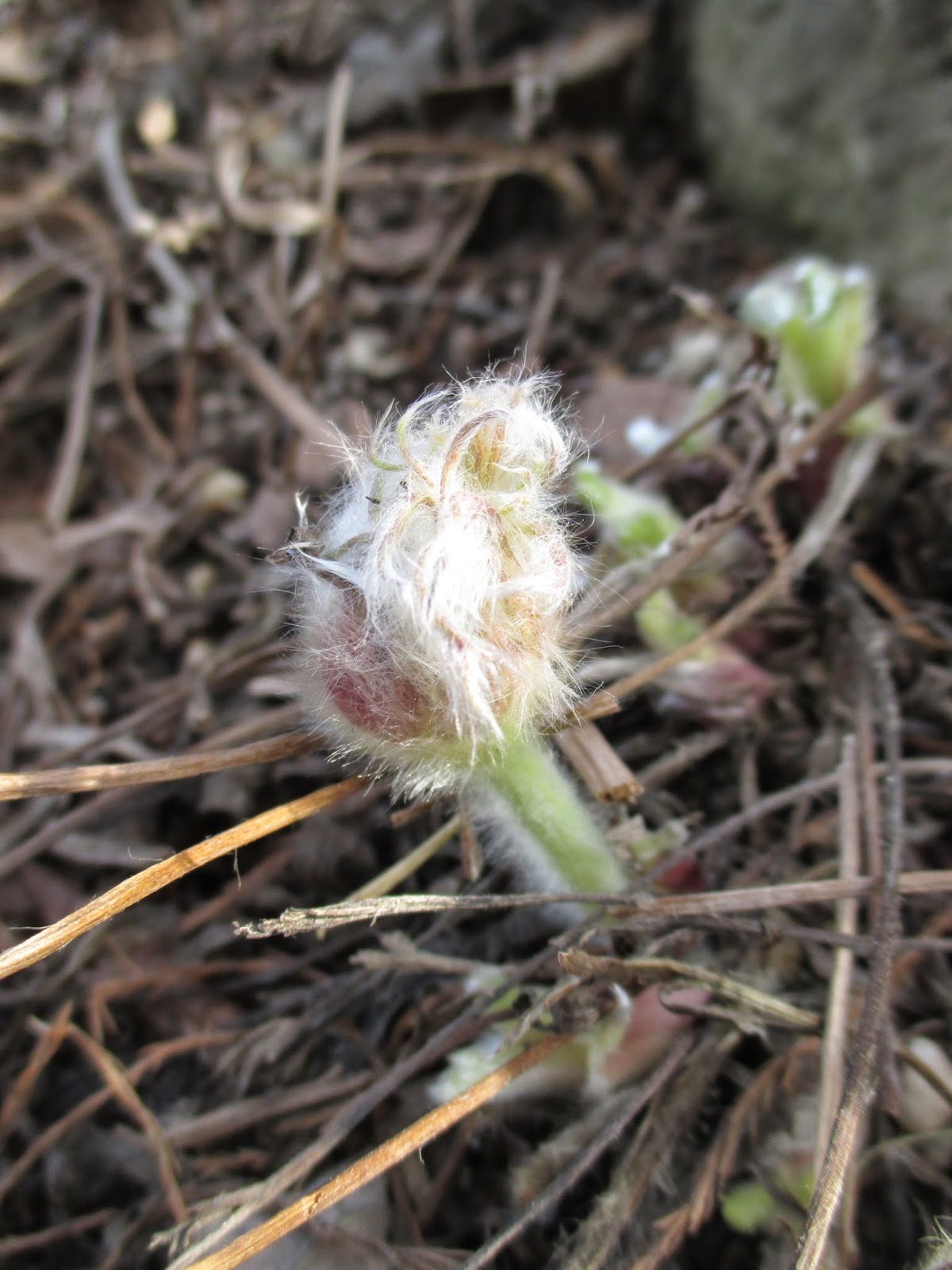