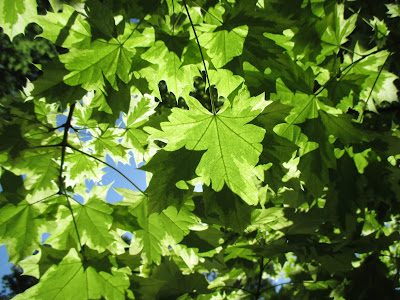 This morning was 40 degrees F and while the day was sunny and beautiful, we only reached a high temperature of 67 degrees F.  This reminds me of early October although I’m certainly thankful for the recent rains and the fact that it could be 95 degrees F just as easily….The day was gorgeous as evidenced by the blue sky seen above through the canopy of the variegated Norway maple (Acer platanoides ‘Drummondii’).  It was a busy day and we keep “chipping away” at our projects and priorities. 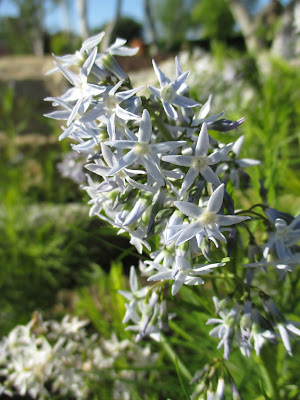 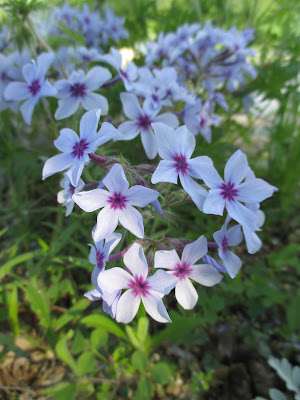 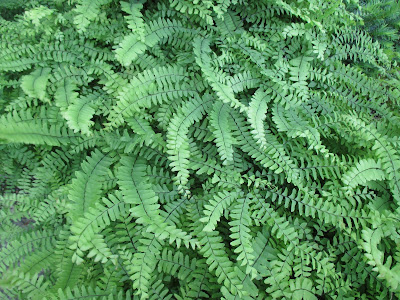 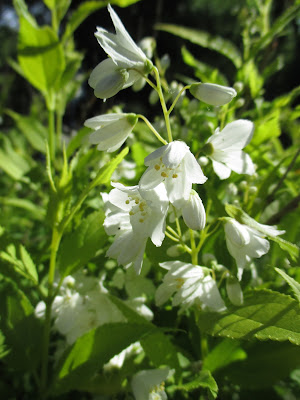 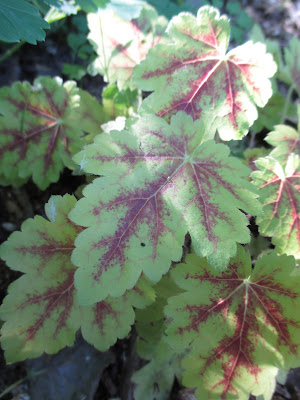 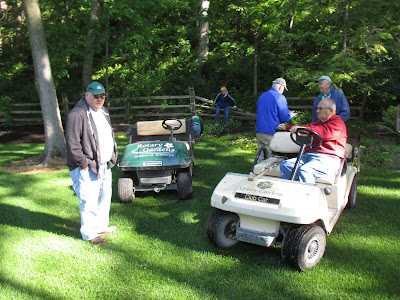 Our volunteers did a great job today.  Despite the apparent confusion seen directly above, the guys were on a mission to secure our “Nature Nooks” which comprise our 2015 Garden Art Project.  Above (left to right) are Ron Y., Dave, Vern (seated) and Jim D.  The guys had a productive day both inside and outside.  Bob K. and Dick H. helped out as well and both had other duties as well.  Pat M. was in for painting and Del helped out as well.  Below are Kathy (left) and Eva weeding the gazebo garden border which was quickly composted by Larry H., Ron R. and Ron B.  The guys had four or five areas to target and used up the remainder of our compost pile.  Ron P. (second photo down) did a nice job air edging and Alan (third photo down) cut back bulb foliage along the front slope.  Kathy and Eva later joined Alan in this daunting task.  Kay came in later and attacked our purslane (Portulaca oleracea) yet again.  She is committed and victory is assured.  Jenny and Dave did a great job tidying up the Hosta Hollow garden which always looks excellent after they focus their energies in that space.  Dr. Gredler and Rollie did their mowing rounds and Bill O. stopped by later.  Maury ran on more errands and Gary did some significant label production today.  Pat C. continued matching labels with newly arrived plants and Bev D. stopped by the help out as well.  Mary Kay worked on our reference collection in the Horticulture Center.  Urban and Rose continued their painting project on the observation pier and we also saw Chuck, Dr. Yahr, Art, Cheryl R. and many others today. 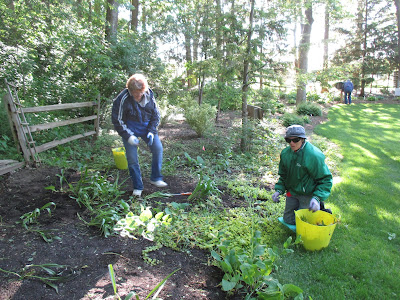 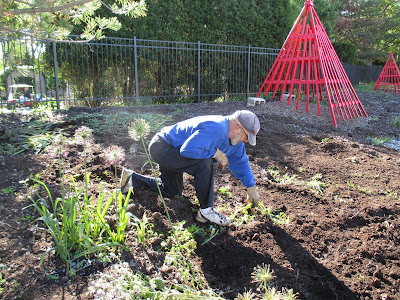 The grounds staff had a busy day but thankfully running irrigation and/or setting up sprinklers was not a priority after our wet weekend.  Larry checked water features, mowed and did a lot of string trimming around the gardens.  Big John and Terry worked together on edging and rototilling for the majority of the day and Cindy did a nice job battling more weeds in the Smelly Garden (Nancy Yahr Memorial Children’s Garden) and watered the entire yard which is still quite full!  I was able to set out plants, spray herbicide and catch up on some desk work.  Overall, it was an excellent day.  Below are more shots from this morning. 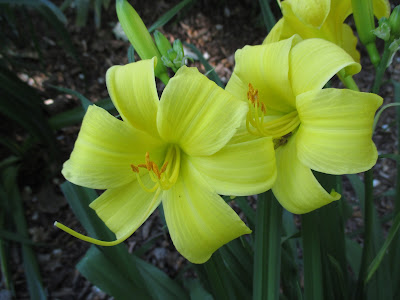 ‘By the Golden Rule’ daylily (Hemerocallis) 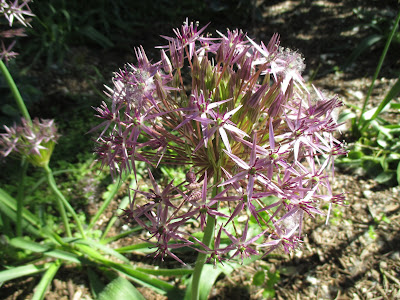 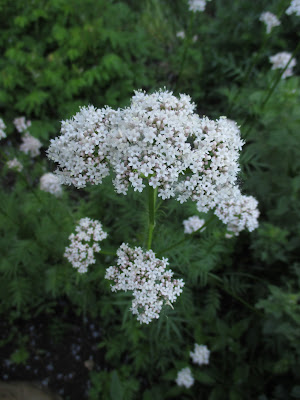 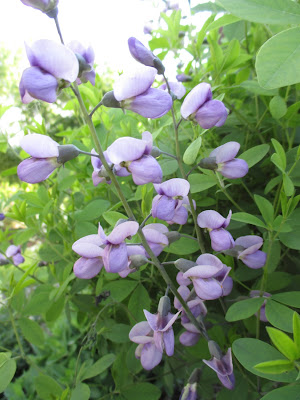 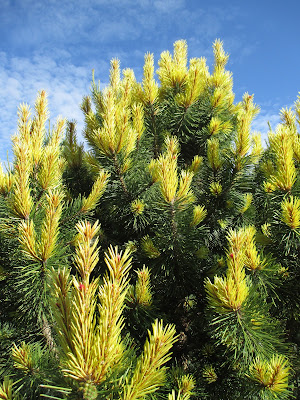