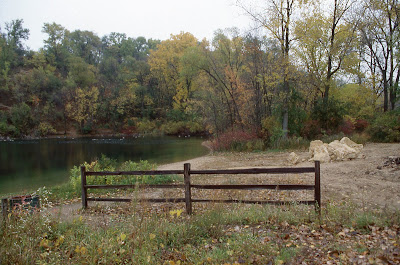 We had a solid turnout at the Holiday Light Show (HLS) over this past weekend with almost 8,000 folks coming over the last two evenings.  Today is a bit rainy but we’ll run the show tonight as the rain will move on shortly.  If you’re coming over the next three nights (Dec. 21-23), wear boots as the paths will be a bit messy.  See rotarygardens.wpengine.com for more information on the remaining nights of the HLS including details on our bus shuttle service and options for purchasing tickets in advance (highly recommended).  Today was quiet around the gardens.  Big John, Terry and Janice all stopped by and Larry H. was out in the gardens working on a couple of small adjustments to the HLS this morning.  Dave, Vern and Jim worked on carpentry projects at the Horticulture Center while Dr. Gredler did some painting.  Dick H. was in for some work as was Gary.  We also saw Maury, Lloyd, Bobby K. and a couple of others this morning.

I forgot my promise of a historical Friday blog last week so here it is!  Our alpine garden was constructed back in 1992 or so after the formal gardens were being finished and the pergola erected and set in place.  This shoreline area (see above and below) lent itself to some raised berms, lots of rocks and then the addition of plants that are adapted to the tougher soils found in upper elevations around the world.  Construction took a couple of years and consideration had to be given to fluctuating water levels.  The fountain seen in many of these photos is ‘Dancing Waters’ which was centered off the formal gardens and can be seen on a central axis through the entire formal gardens looking north.  The alpine garden peaks with color in late April and early May and has a wide range of plantings for year-long interest.  In 2008, we added an area of dwarf and miniature conifers which adds interest as well.  The WI/IL Chapter of the North American Rock Garden Society (NARGS) has been very active with maintaining this space and we’ve received grants over the years from NARGS for more plants and signage. Enjoy the progression seen below…. 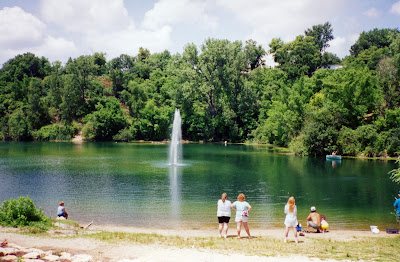 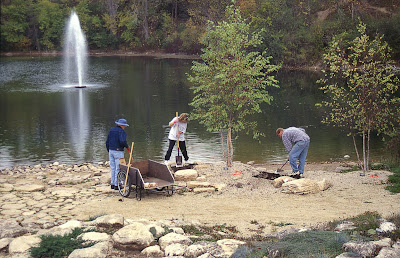 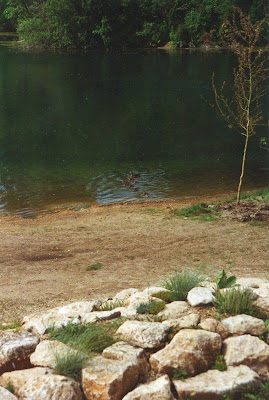 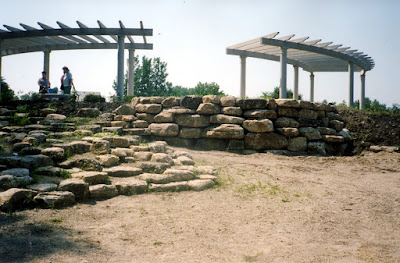 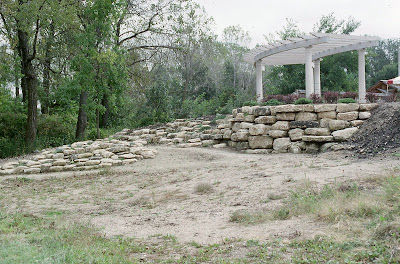 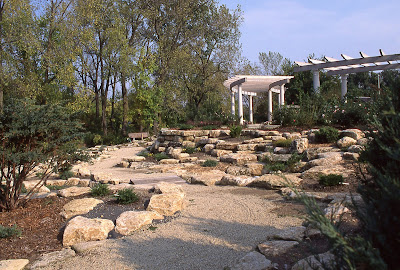 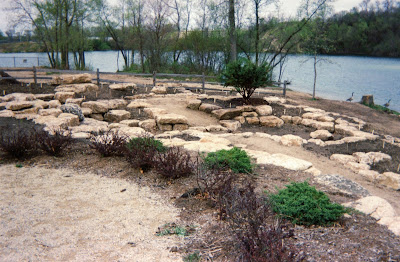 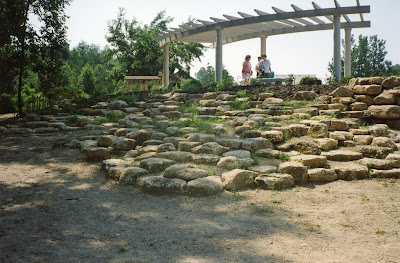 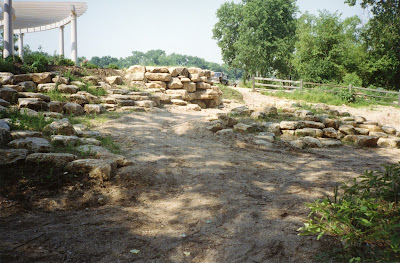 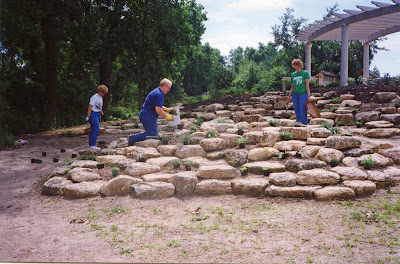 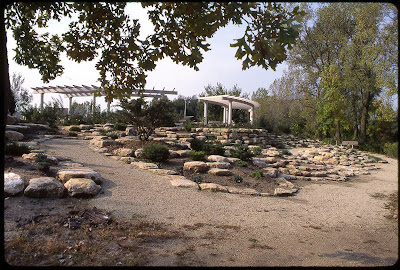 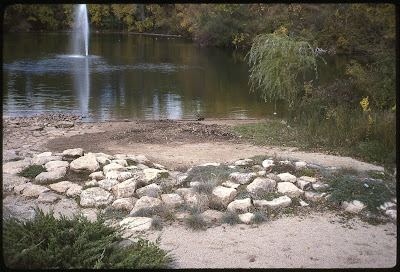 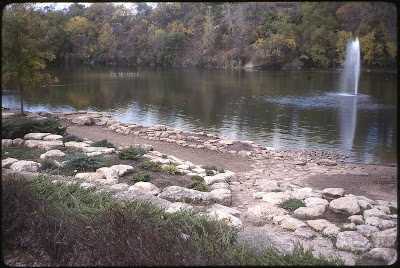 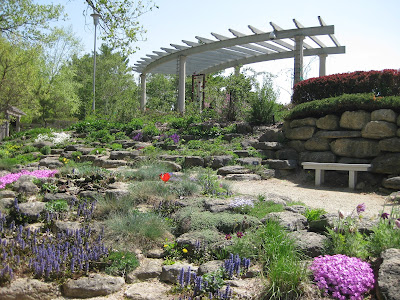 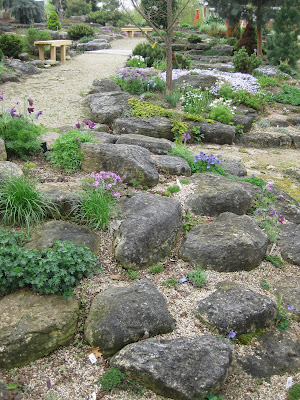 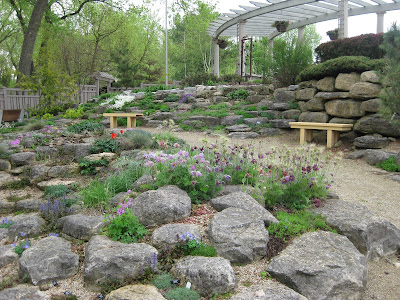