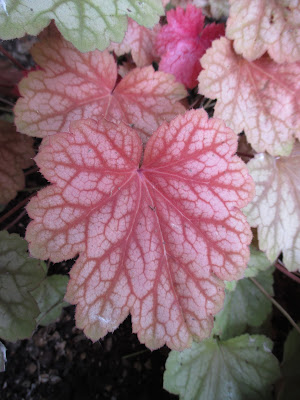 The weather today was delightful but reminiscent of May with a cool evening followed by temperatures around 70 degrees F today.  Tonight is going to be around 50 degrees F which is unseasonably cool!  The recent moisture is still around which has been nice but some warmth would really help our summer displays get some momentum.  The Story & Stroll program seemed to go very well as there were lots of kids and their parents out in the gardens today.  We also saw many other visitors and were happy to see lots of color right now out in the gardens in advance of our summer peak.  Above is the ‘Carnival Peach Parfait’ coral bells (Heuchera) which has nice foliage coloration, particularly on the newest and youngest leaves.  We had another excellent coordinated effort out in the garden with both staff and volunteers and are shifting towards more weeding as the planting is winding down this week. 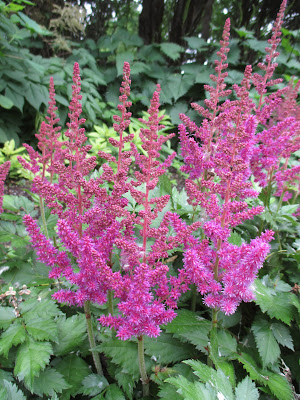 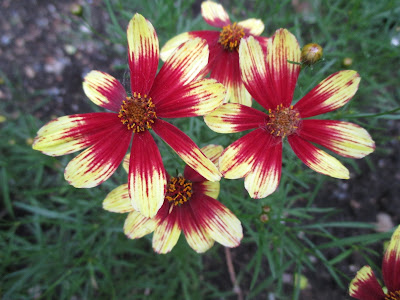 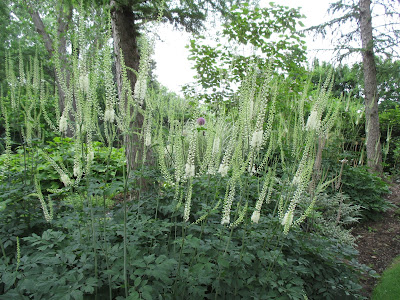 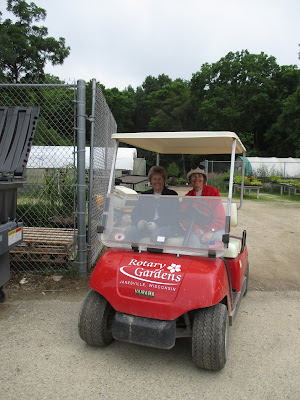 We had a steady flow of volunteers helping out at the gardens today.  This included our gardening volunteers of course but also the many volunteers helping with the Story & Stroll program and at the Parker Education Center.  Above are Eva (driving) and Kathy headed out for some weeding near the gazebo garden.  The ladies do a nice job and shifted between two areas.  Directly below is Kelley F. working in her section of the shade garden (shared with Sue M.).  The next photo down shows Shirley C. (left) and Mary W. working in a planting berm in the arboretum (Shirley’s assigned garden).  The ladies weeded and planted that space nicely.  Nearby was Betty (third photo down) planting the remainder of her berm with another 200 or so annuals.  Pearl and Don (fourth photo down) came in to tidy up their area which gets lots of attention with a strong yellow theme at the end of the shade garden.  Dr. Gredler came in for mowing and Maury ran errands.  The fifth and sixth photos down show Roy and Mary in the formal gardens where they did a nice job of hoeing the “carpeting weeds” that were starting to emerge.  They also weeded another area as well.  Kay (seventh photo down) did a nice job planting around the pool/fountain in the sunken garden and moved on to weeding near the gazebo garden.  The eighth photo down shows Cheryl P. and Karen (left) in the Japanese garden working on some pruning of yews (Taxus).  Corky, Joan and Rose N. were in to tidy up the beds at the Horticulture Center and Janice was in to work with the Chestnut House volunteers.  We had an excellent turnout today and also saw Gary, Bev D., Pat M., Marsha M. and many others. 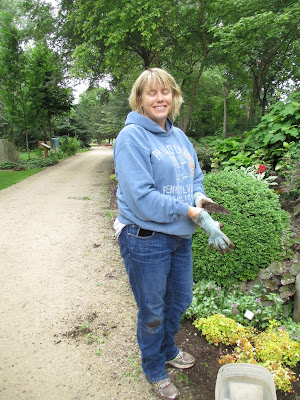 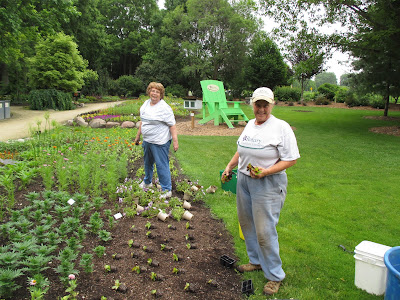 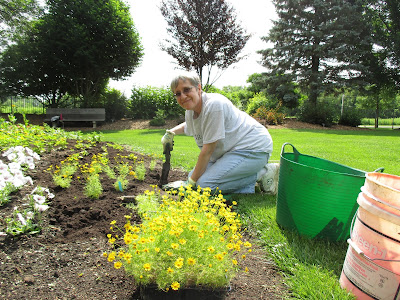 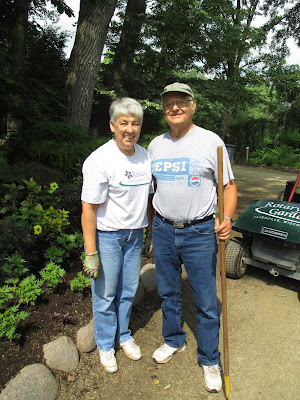 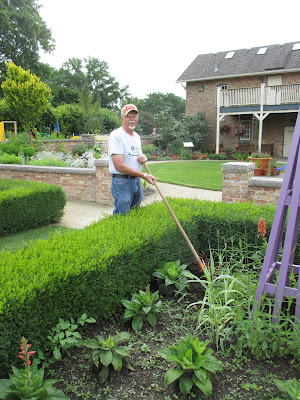 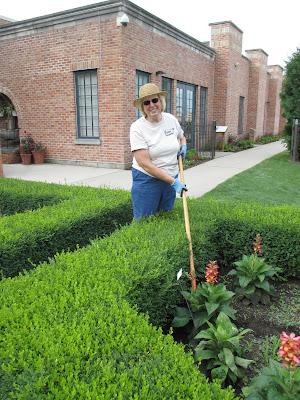 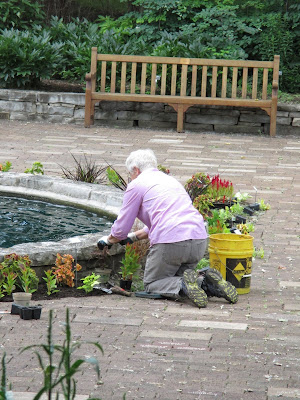 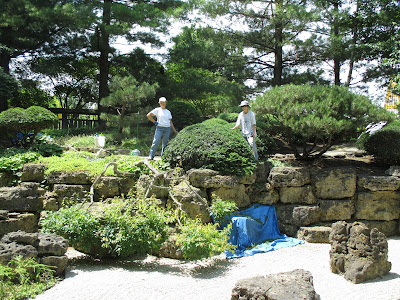 The grounds staff had a wide range of duties.  Nolan worked on weeding and running the string trimmer this afternoon.  Trevor weeded and shifted to skimming and replacing gravel on the paths.  Cindy (half day) planted in the Smelly Garden and did more tweaking in that increasingly colorful  (and fragrant!) space.  Cheryl had a full day of weeding and tidying and also watered all the yard and greenhouse plants.  Big John removed a massive stump, edged, watered, planted and had quite a few other projects.  Terry and I ran an errand and he continued his tidying efforts in the formal gardens.  I placed more plants for installation, sprayed herbicide and continue to finalize details for looming events.  Get your Home Garden Tour (July 11th) tickets in advance for $10 ($12 the day of the event) right now at K&W Greenery or RBG.  More colorful photos from today can be seen below… 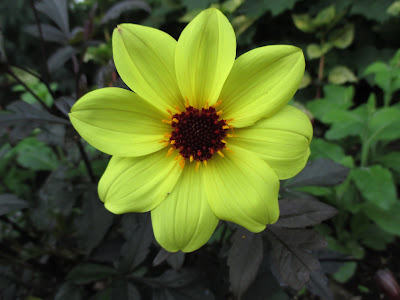 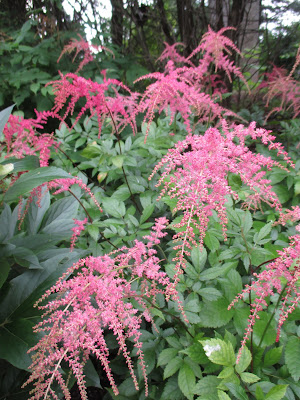 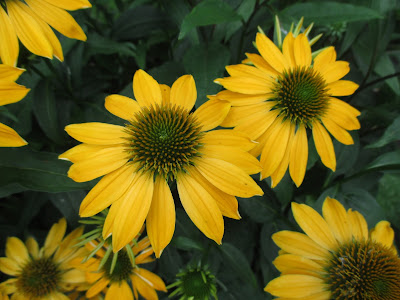 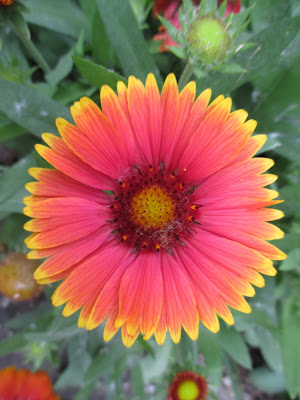