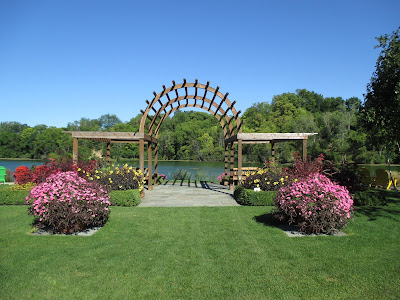 Today was another beautiful day although it was a cool morning at 54 degrees F with the high temperature right around 70 degrees F.  It sure feels like early October out in the gardens.  However, the displays (like that above in the North point garden) still look vivid (see below too).  We don’t have to water quite as often although our hope is to extend the color as late as possible in to the season.  It was perfect working weather and we had a nice turnout of volunteers that accomplished a wide range of tasks along with our talented grounds crew. 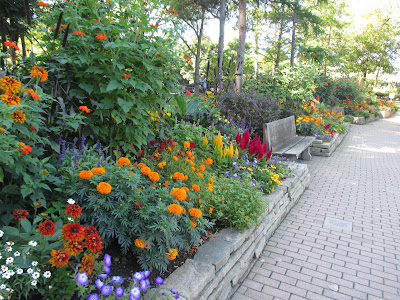 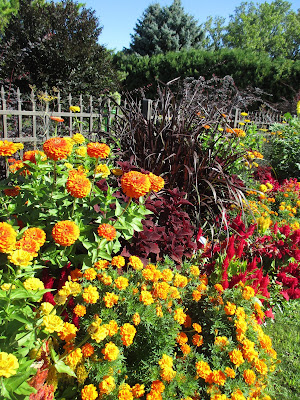 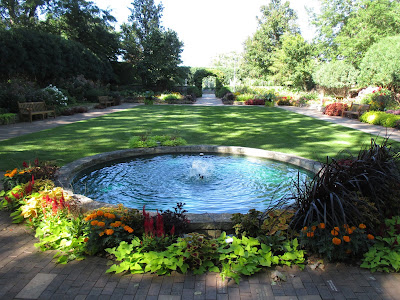 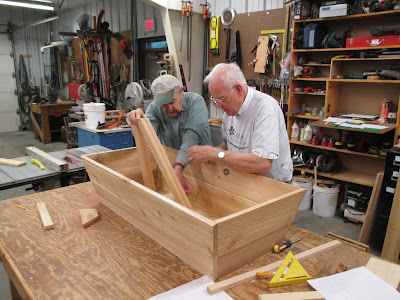 Our volunteers had a productive day.  Above are Jim (left) and Dave constructing a small boat…not really.  That will be a raised, accessible planter that rolls and can be moved like a wheelbarrow.  Vern and Ron Y. (sixth photo down) were also in the vicinity working on carpentry projects.  Pat M. was in for more prep work for the Holiday Lights Show (HLS) which continues to get closer on the calendar.  Alan (directly below) did a nice job edging and tidying the beds at the Horticulture Center. Dr. Gredler was out mowing today and Maury ran multiple errands for us.  The second photo down shows Shirley (left) and Betty out in the gardens where they spent time tidying their respective garden beds (which both still look spectacular).  The third photo down shows Ron R. (driving) and Ron P. heading back from path tidying.  The guys, along with Lloyd in the fourth photo down, were not only collecting debris but replacing gravel as needed, weeding and in essence, focusing on path quality.  The fifth photo down shows Marsha M. taking photos in the Smelly Garden theme of the Nancy Yahr Memorial Children’s Garden.  She is an excellent photographer and allowed me to cut in front of her for the neat monarch shot further below!  Kathy was in for some tidying in multiple areas and we also saw Art and many others. 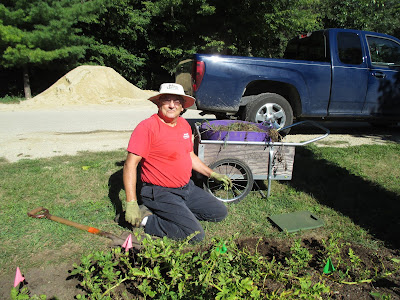 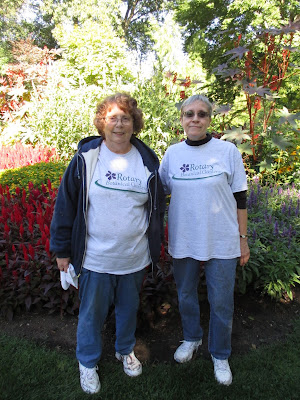 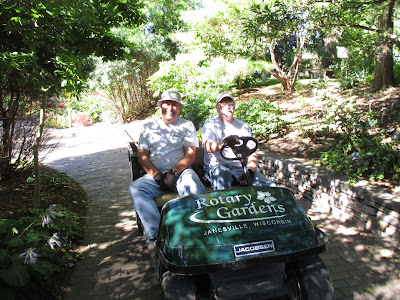 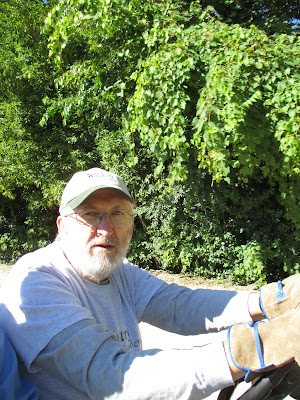 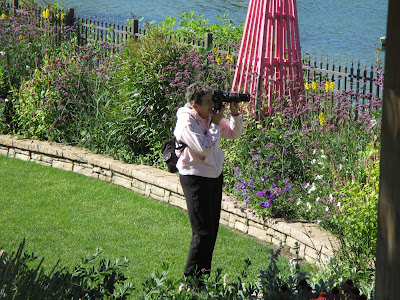 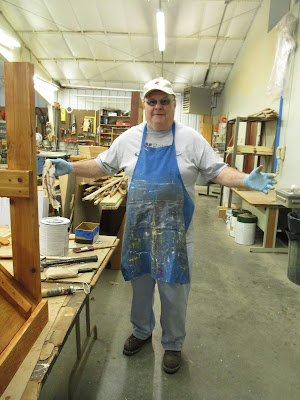 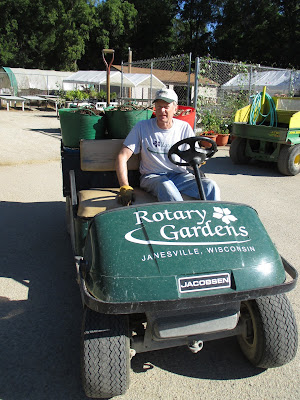 The grounds crew kept active today. “Newbie” Larry H. (above) spent his day mulching in the Scottish garden which really needed the attention!  He did a nice job. Cindy tidied up multiple areas, weeded, watered and had some duties in the yard as well.  Janice did some hand watering, tidying and did the cutting display as well.  Big John and Terry bonded today as they both set up sprinklers, watered containers, touched up the shearing in the formal gardens and dug up/potted daylilies (Hemerocallis).  I was able to tour the gardens but have some serious desk work to catch up on.  This entire week looks nice and cool. 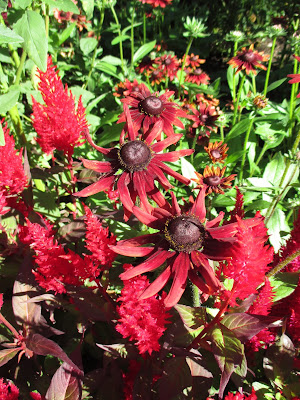 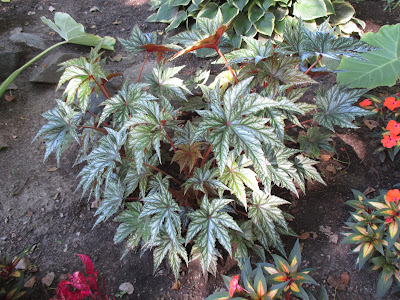 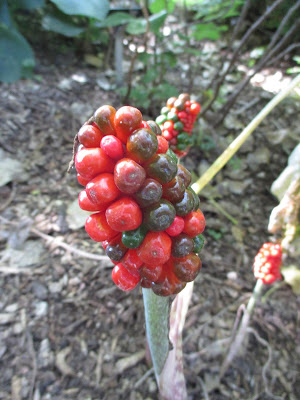 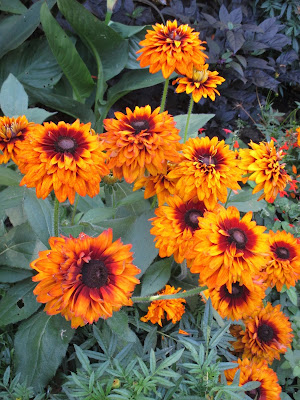 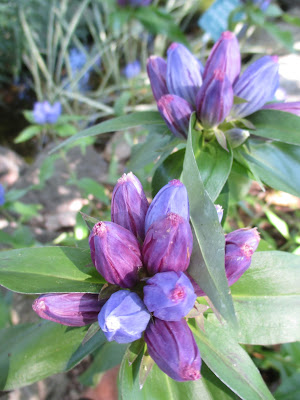 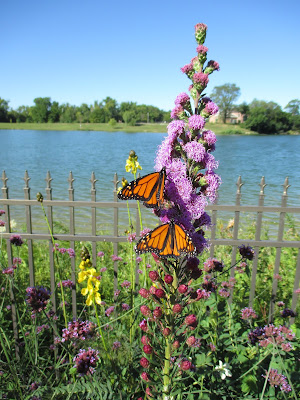 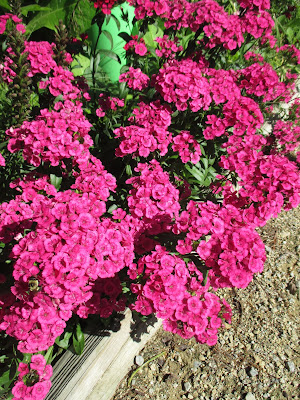 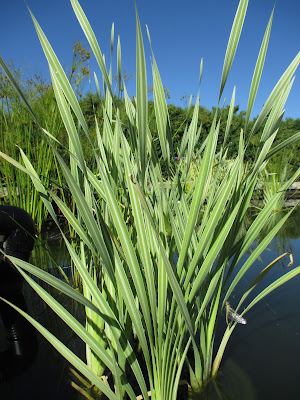