Bluebells Are Peaking Out 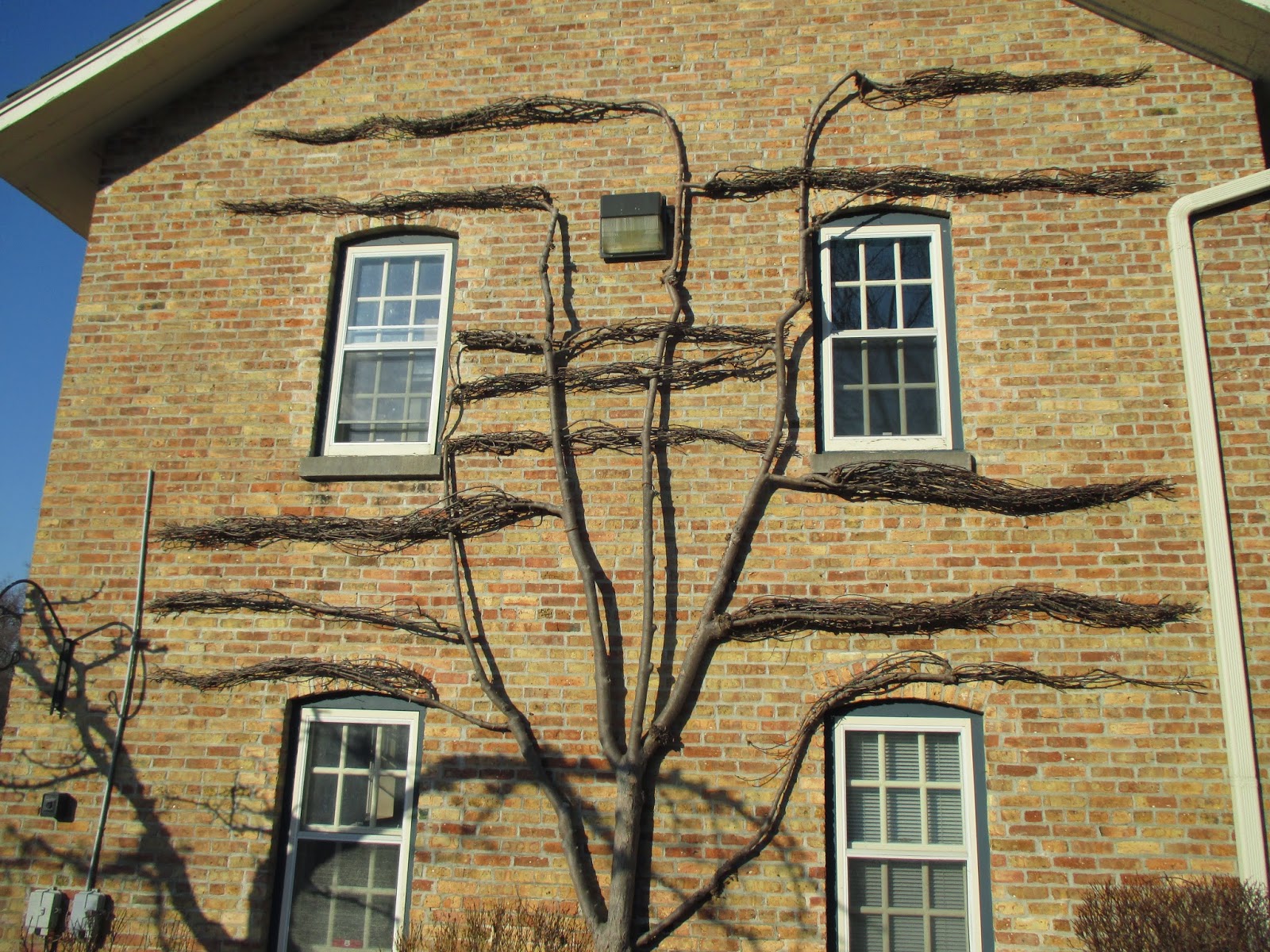 Today, Spring Fever became official with sunshine and highs in the low 70 degrees F.  It was a perfect day for our first Story & Stroll program of 2015 which saw some nice attendance and we saw quite a few folks out in the gardens including our Story & Stroll volunteers.  Above is our espaliered apple (Malus) along the side of the Rath Center that is quite striking even when not “in leaf” (yet!).  I was able to tour the gardens while giving a tour to a group from Illinois that organizes bus trips.  Despite the barren landscape, I think they enjoyed the tour and took time to pose in the giant Adirondack chair (seen below).  I was able to photograph more early bulbs and other interesting color (see further below) this morning as well.  Despite the weather, I was desk bound frantically finishing spring orders and preparing for the return of our seasonal grounds staff next week.  Further below I’ve shown the expected progression of our vast quantities of Virginia bluebells (Mertensia virginica) that are just peaking out of the ground but will quickly fill in and be blooming within 2 weeks or so.

We had a wonderful turnout of volunteers today. Eva, Kathy and Kay all went out in the gardens for tidying duty this morning.  Joanne A. was out there in the afternoon doing the same thing and Stan worked on quite a bit of pruning in the Japanese garden.  Pat M. continued work on the giant obelisks and Maury ran some errands for us. Janice had lots of projects to work on and Gena, Myrt and Nancy came in for painting.  Art and I met to go over a current audio-visual project.  We also saw Dr. Yahr, Cindy B., Big John, Jackie, Urban, Jumbo Jim (with his son), Dr. Gredler, Alys and many others.  Looks like April showers will appear sporadically over the coming days but that can only help us after the dry winter. 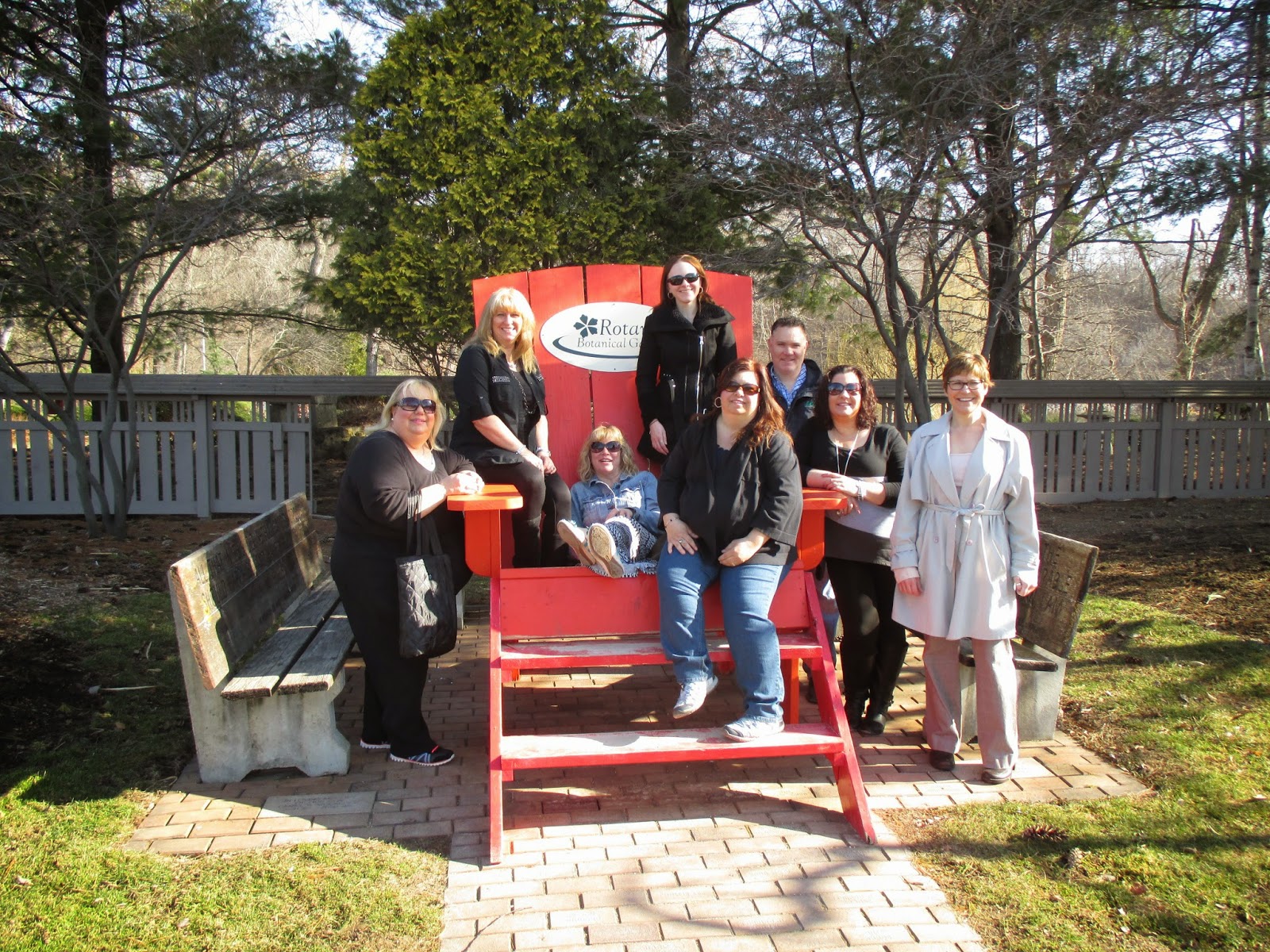 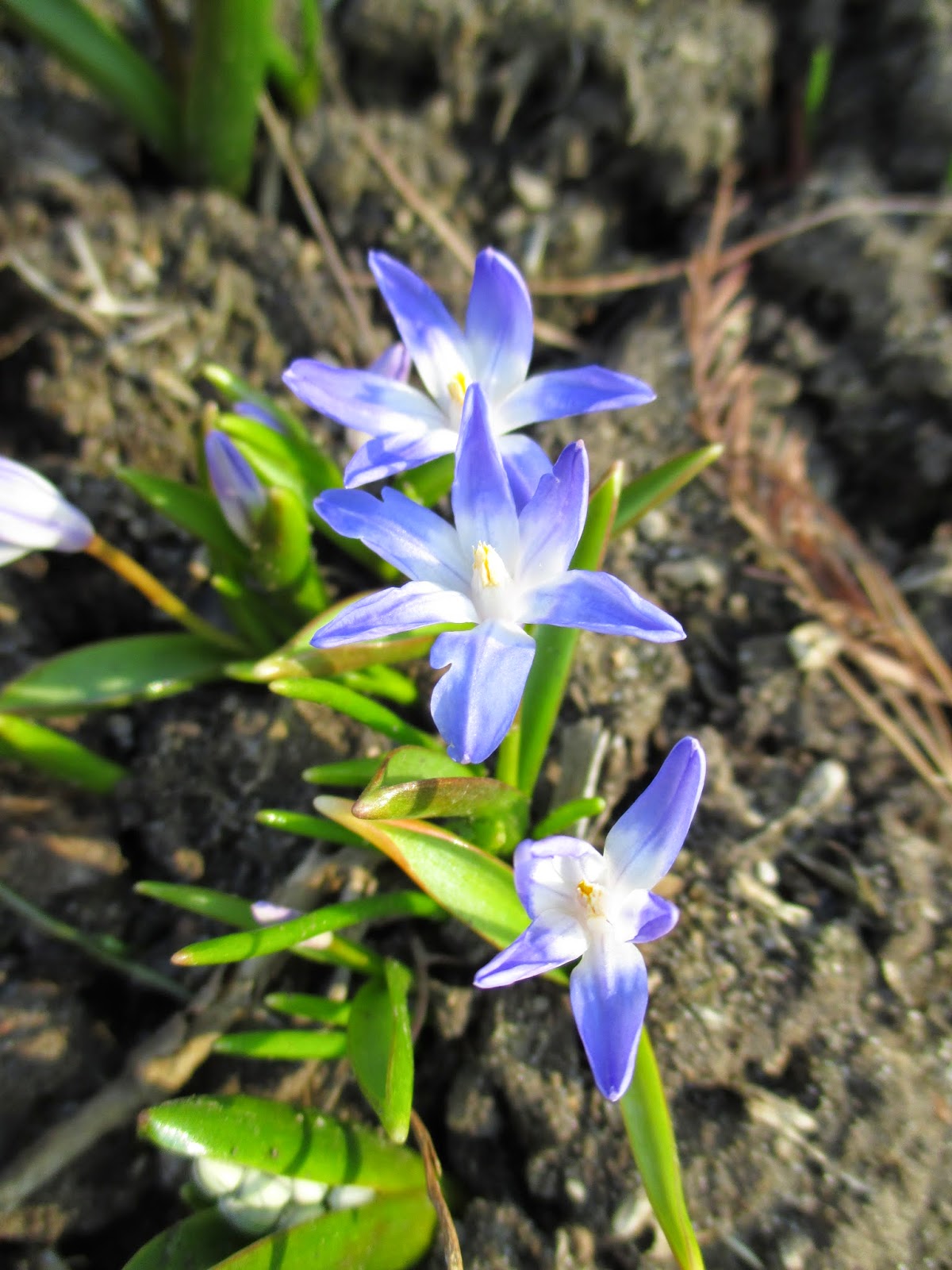 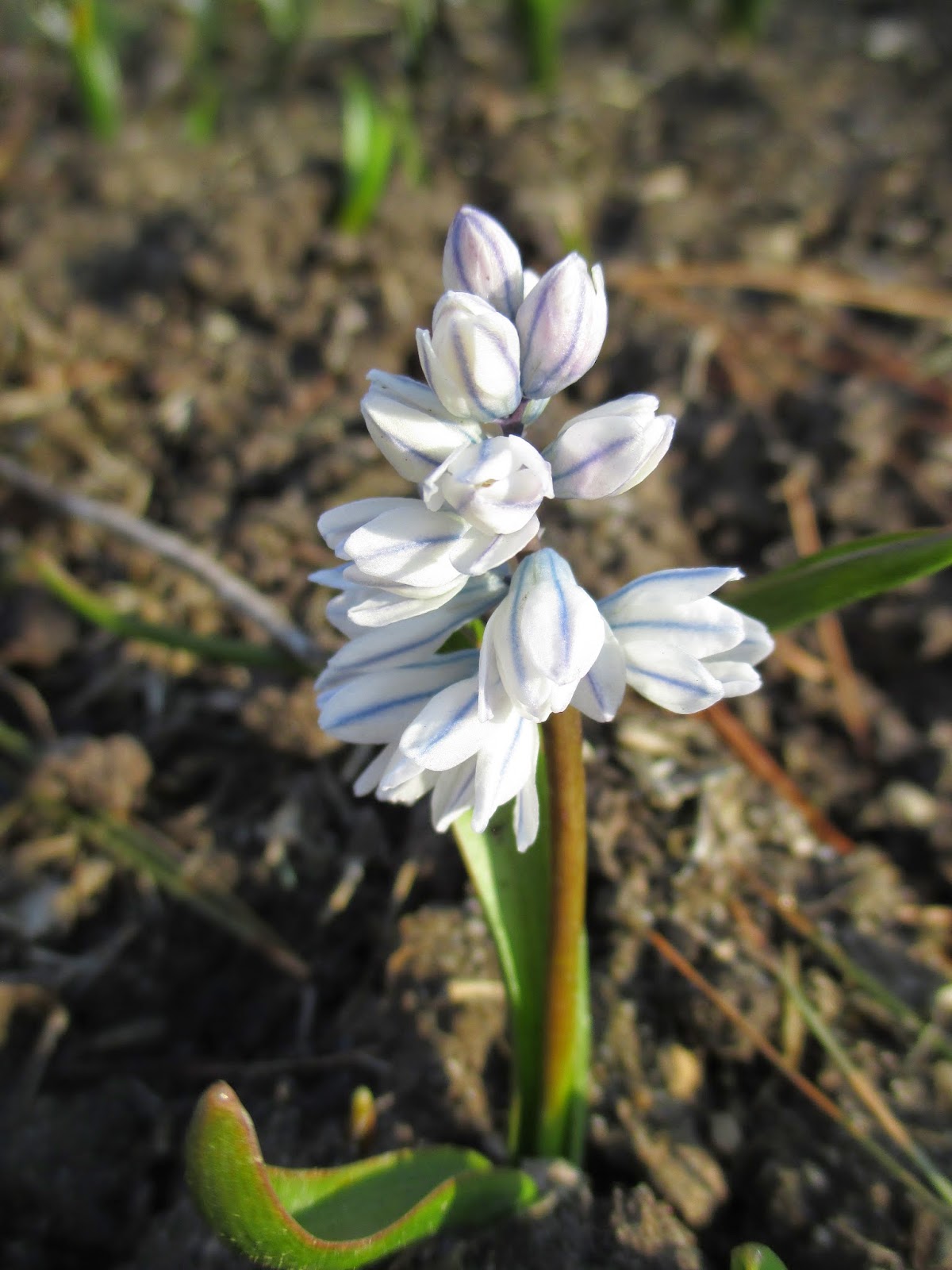 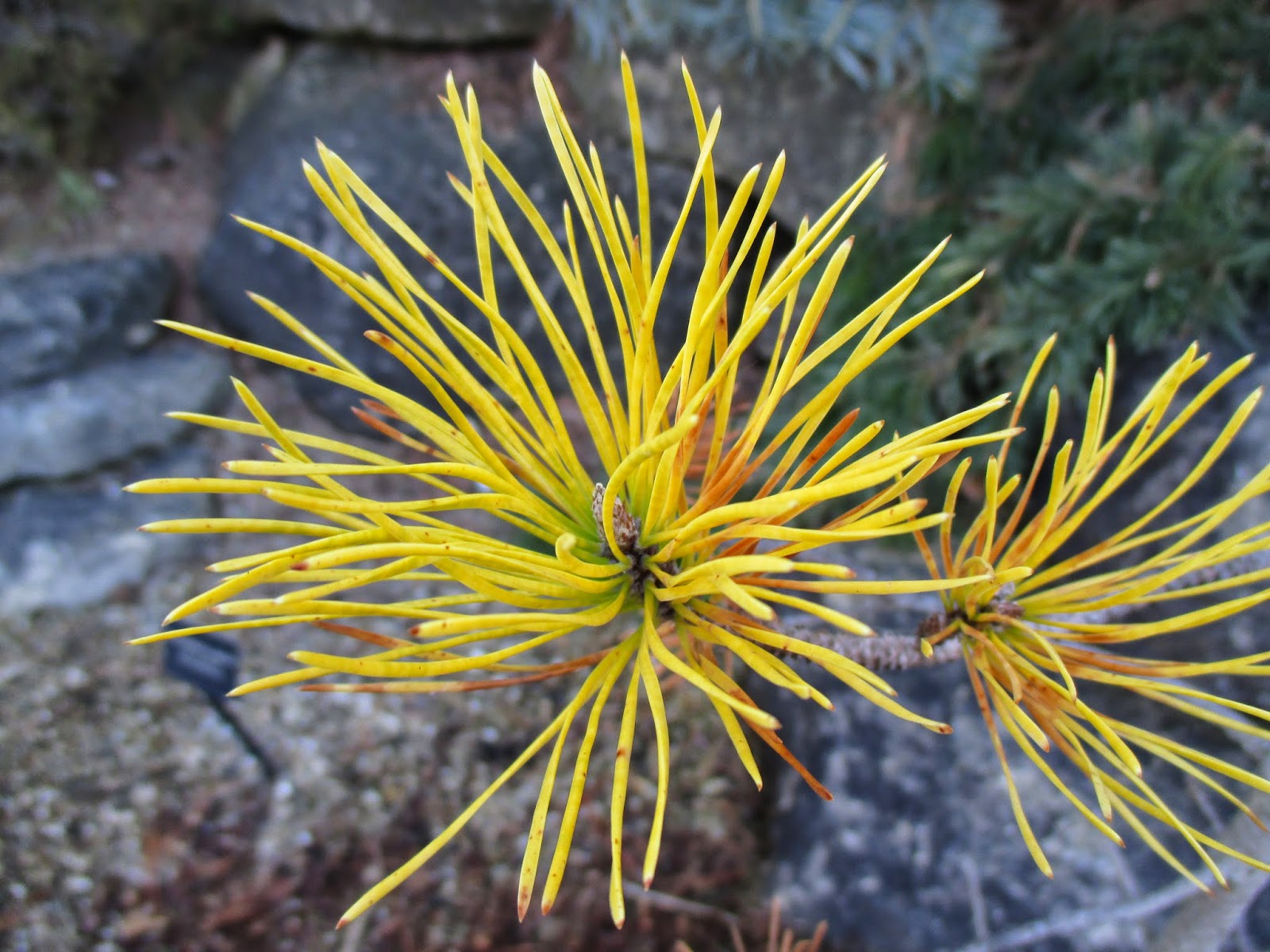 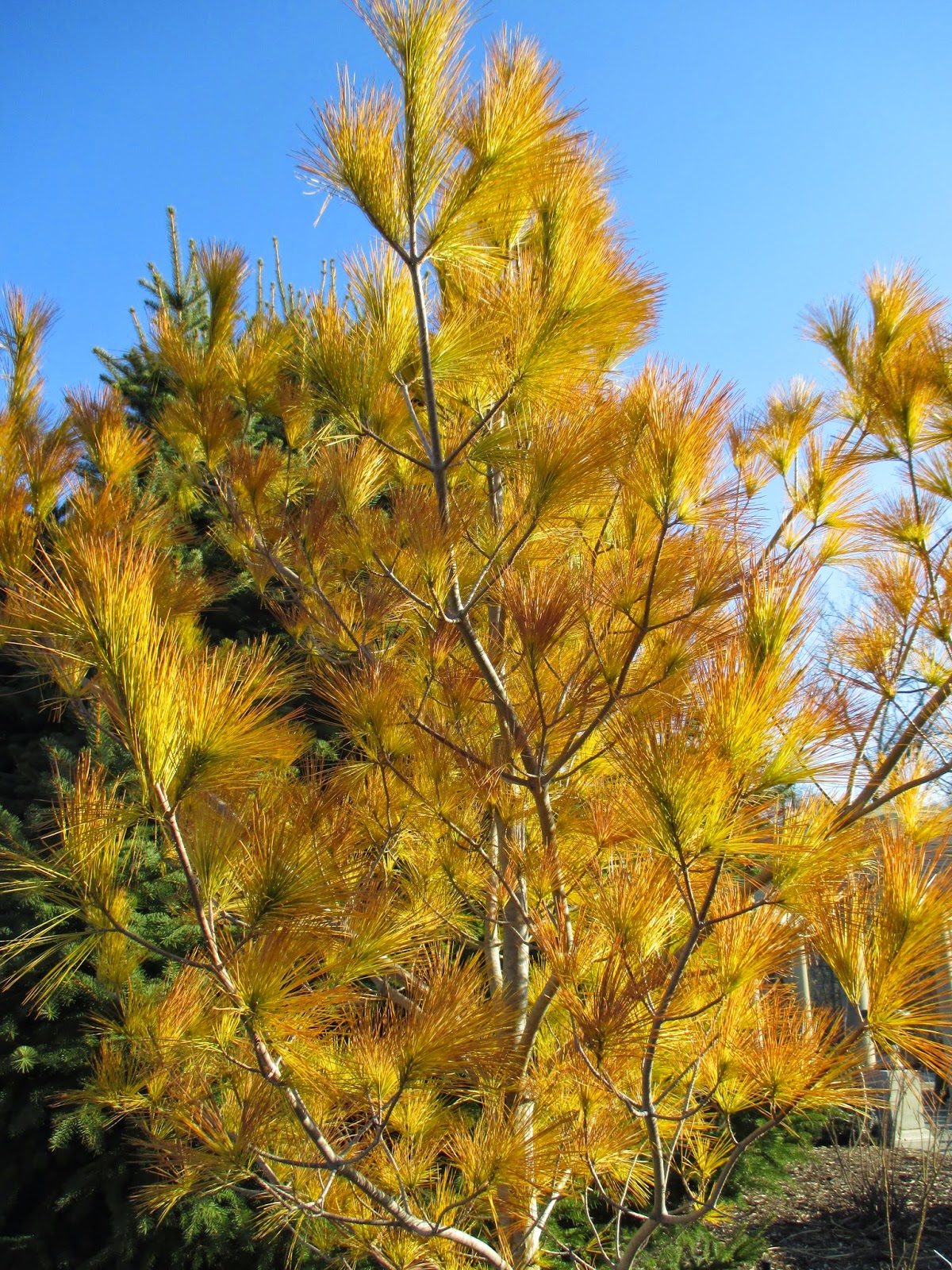 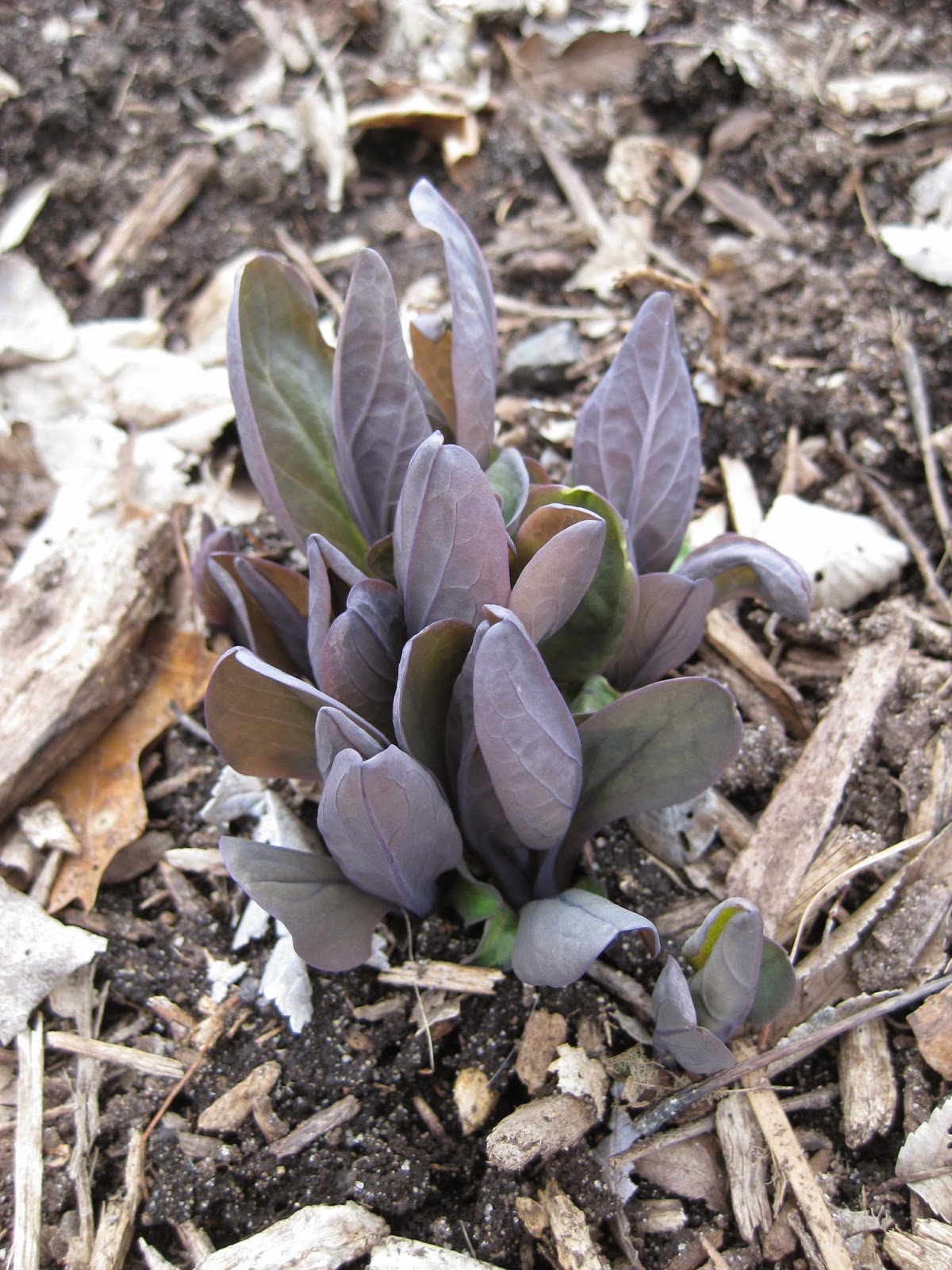 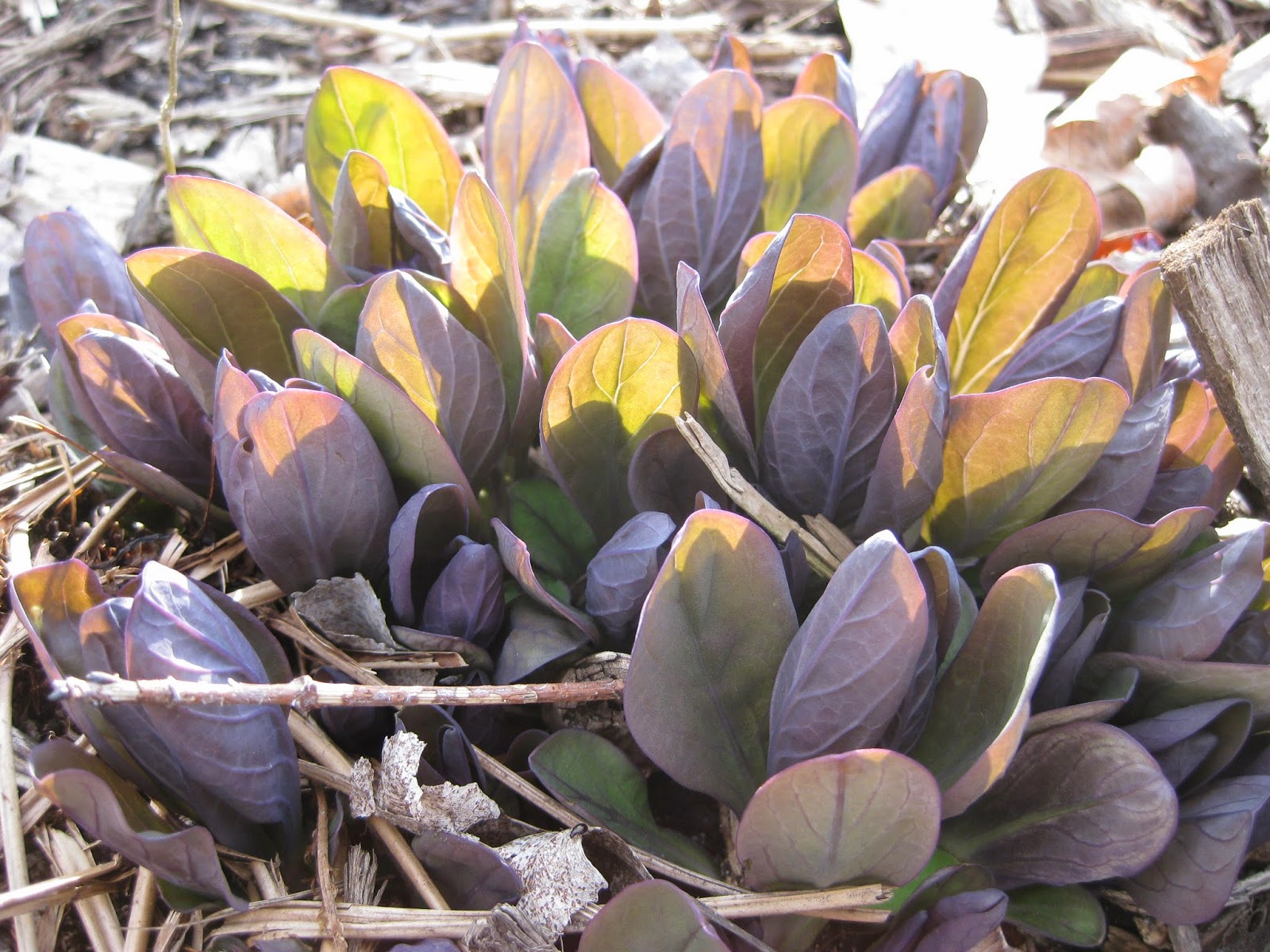 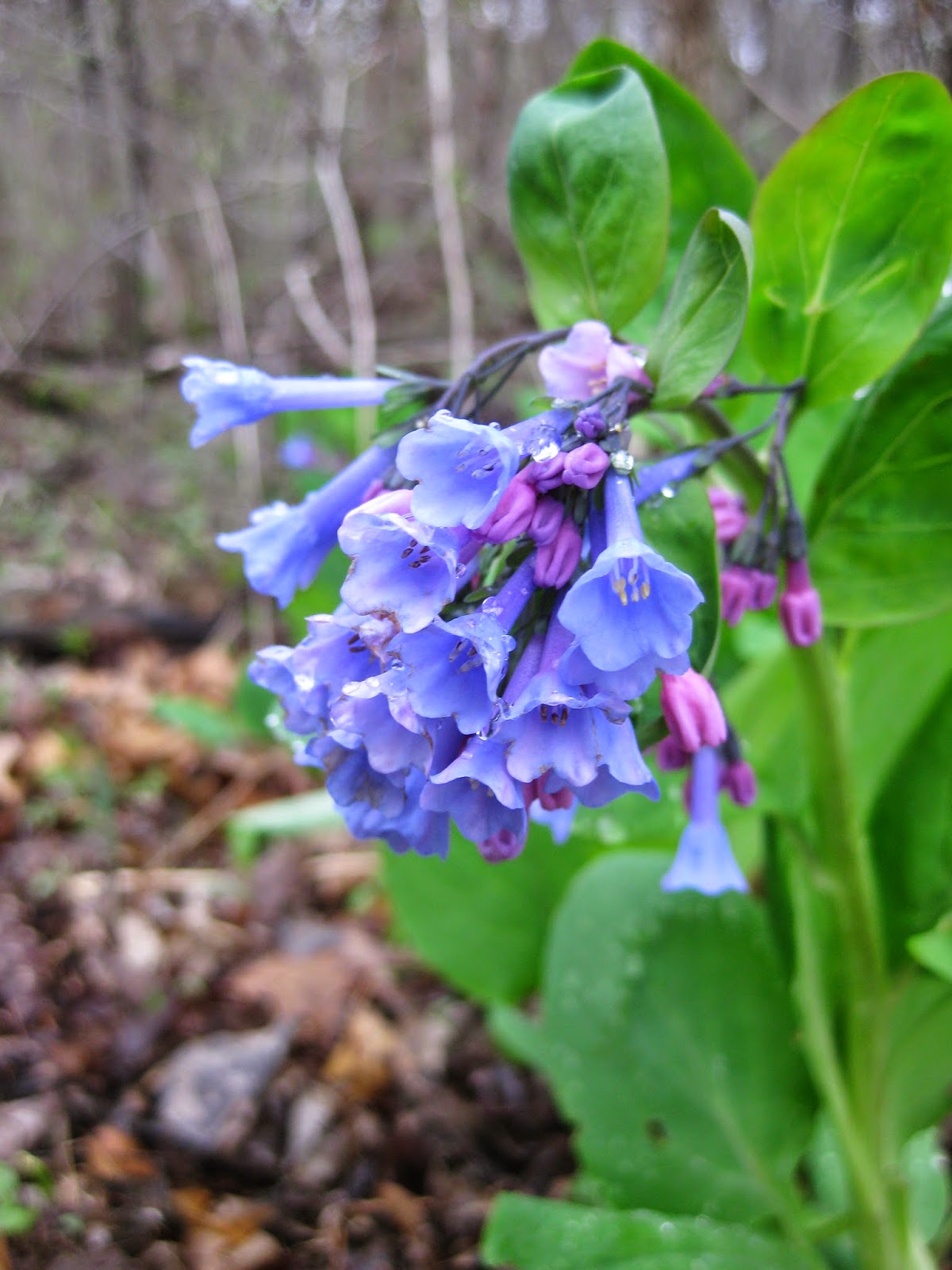 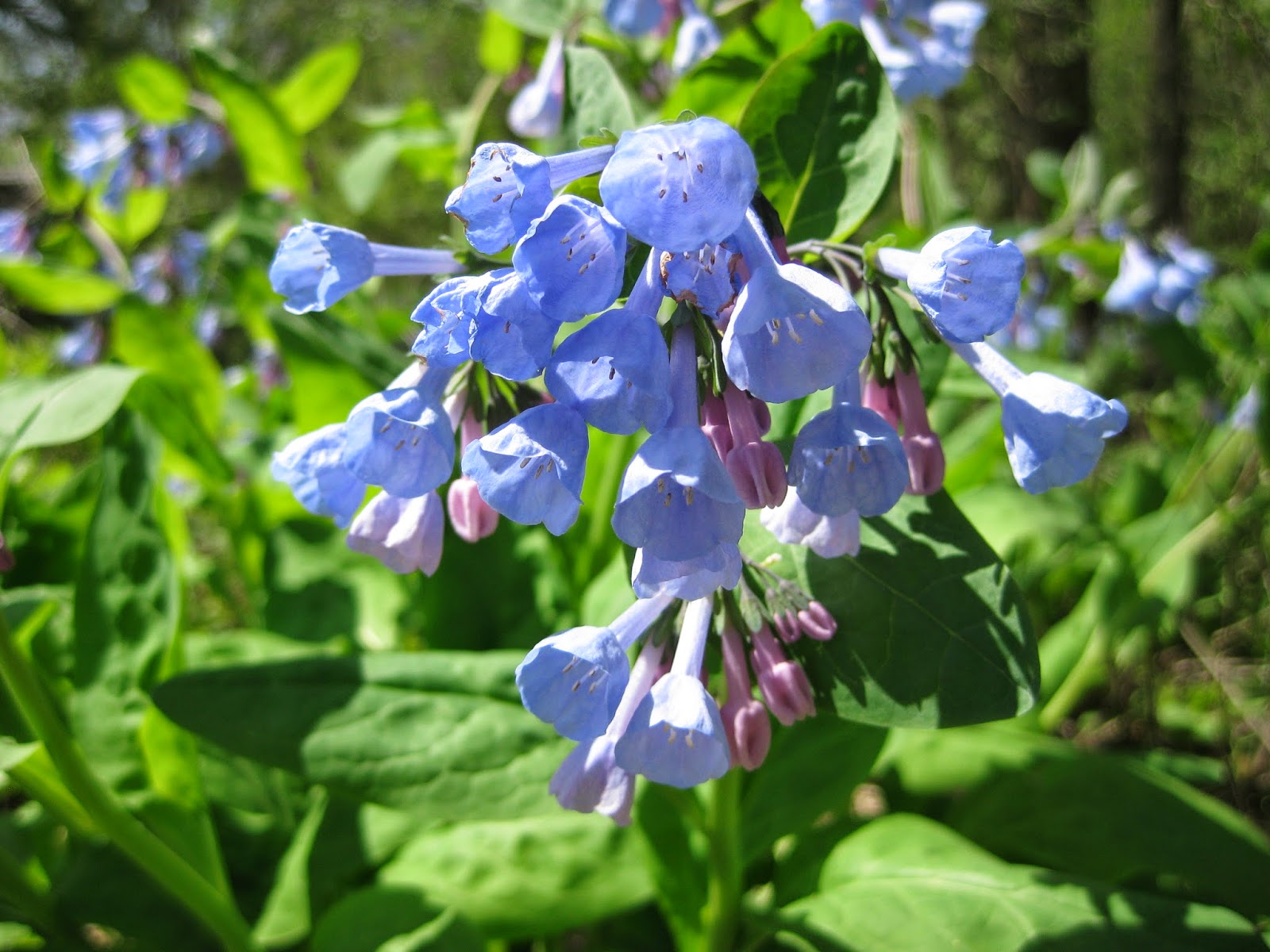 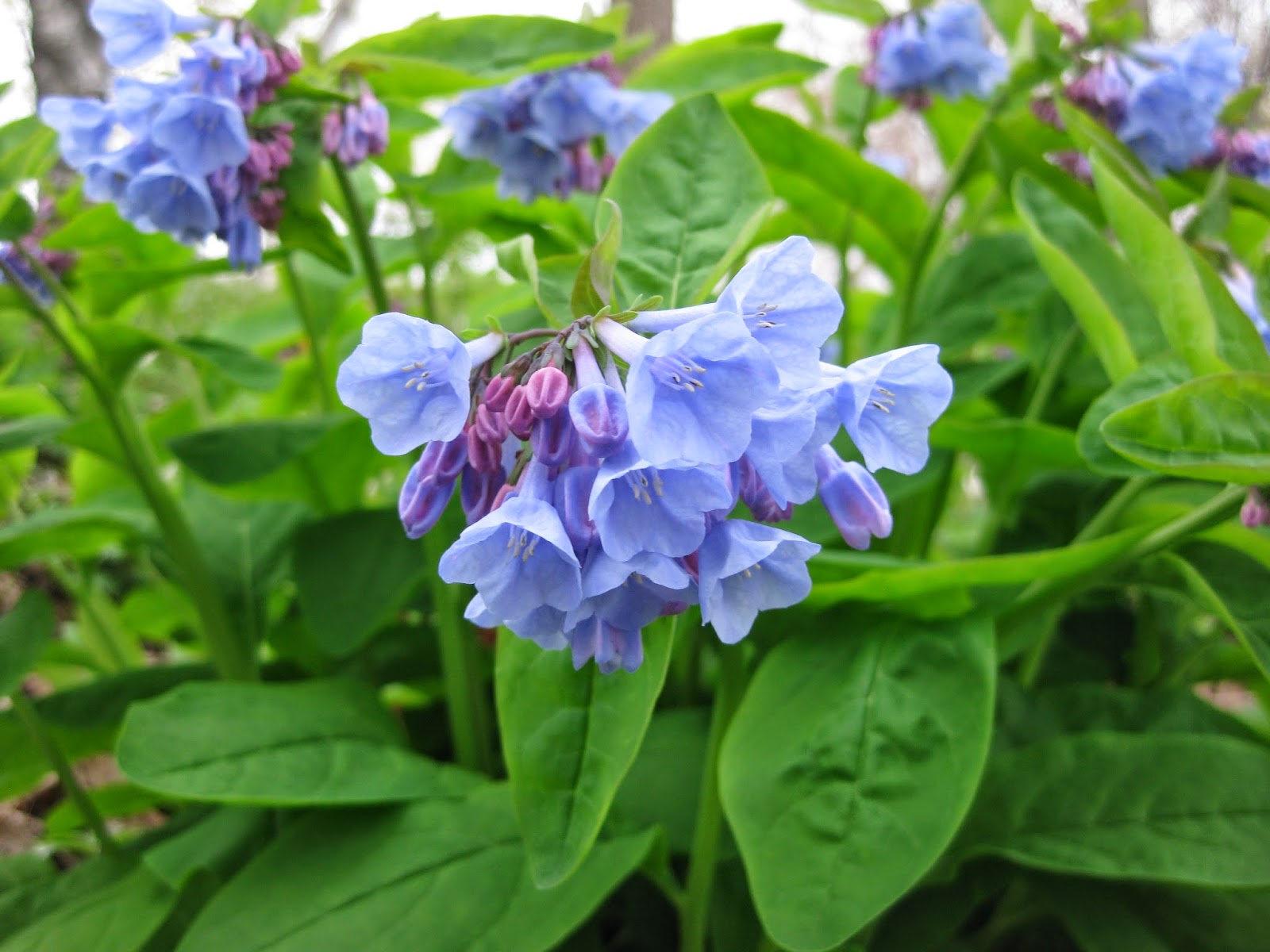 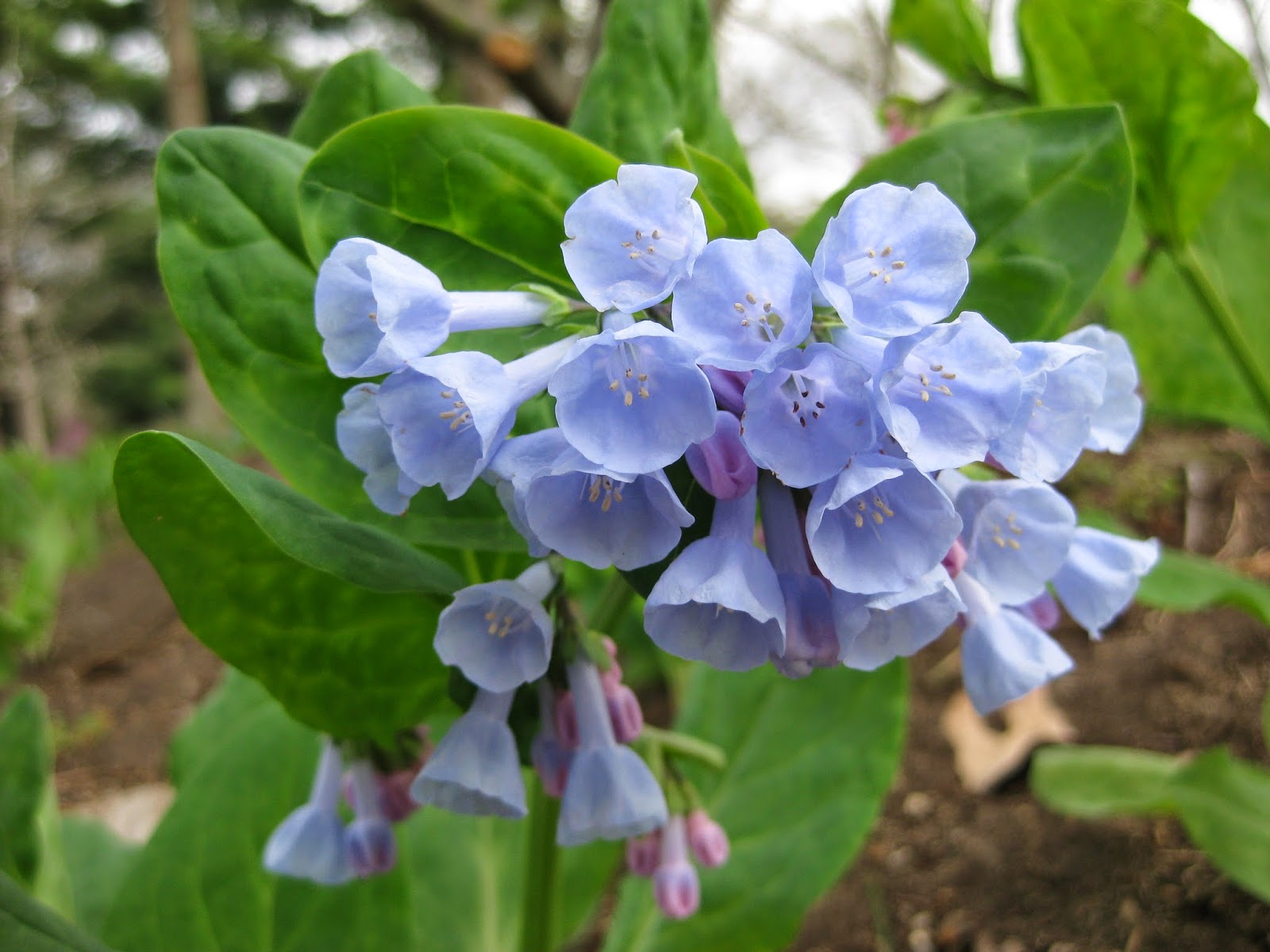 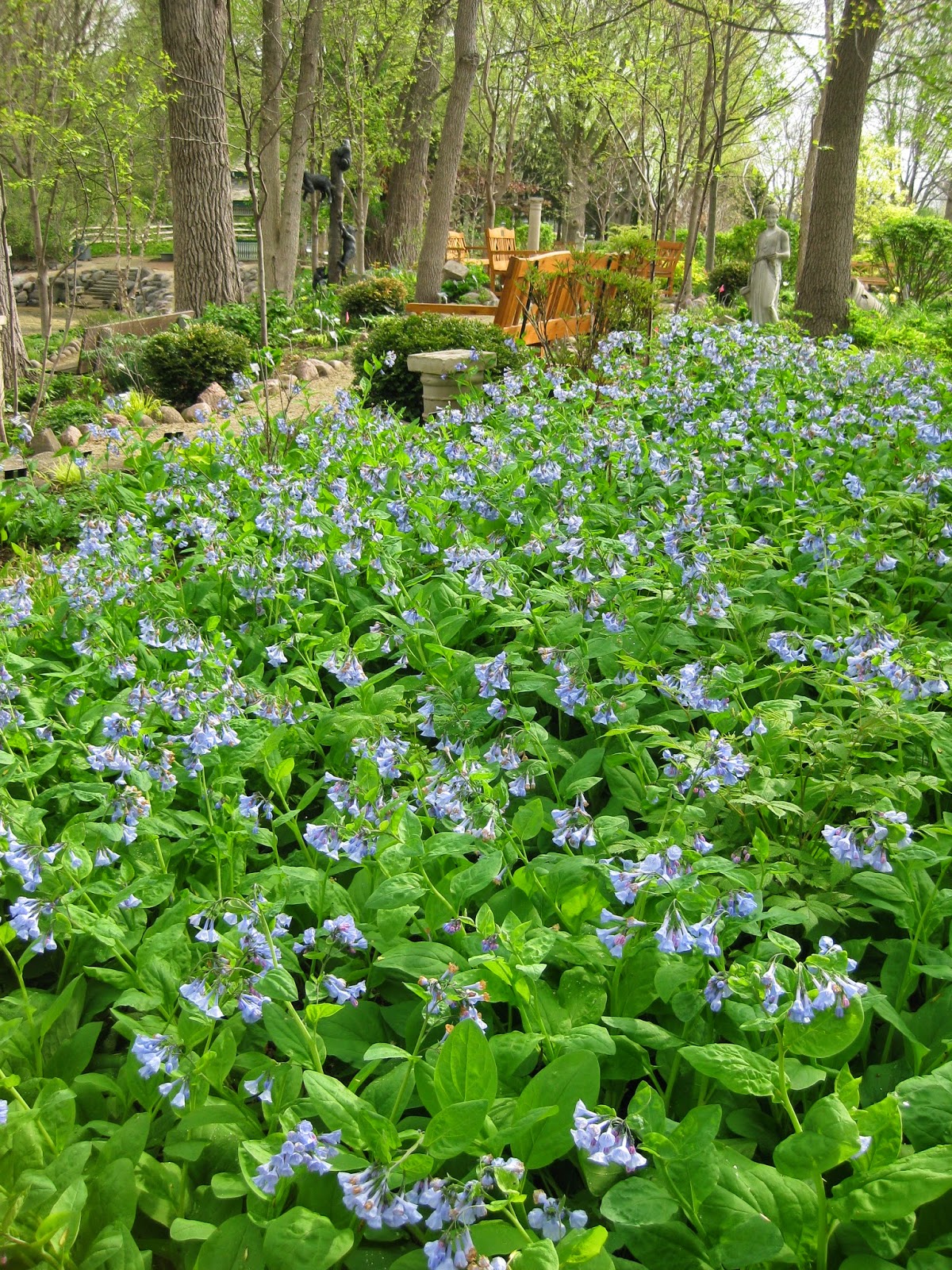