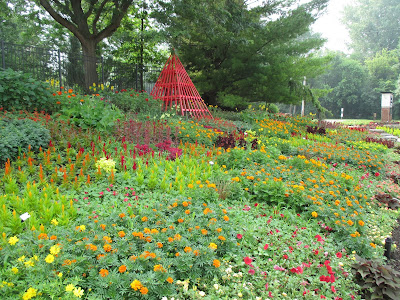 After another 2/10 of an inch of rain last night, the day cooled off and was mostly overcast and around 75 degrees F.  The sporadic sunshine was welcome, as was the additional rain.  I can’t recall a June and early July that we’ve run less irrigation than what we have this year…of course I just jinxed it I’m sure!  Above is our entrance garden theme of red/orange/yellow filling in more each day!  We continue to work on the weeds in the gaps as these drifts will close up and flow together soon.  This isn’t peak yet but we’re excited to see more color over the past couple of weeks.  We had a nice volunteer turnout and the grounds staff all had a full day of tasks to accomplish.  All the photos in this blog were taken throughout the day! 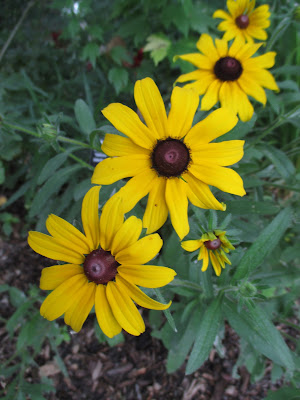 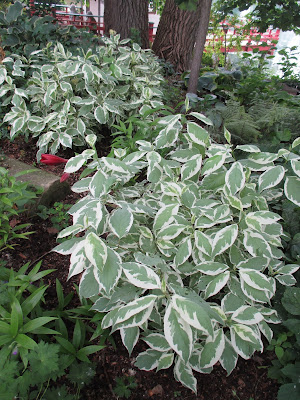 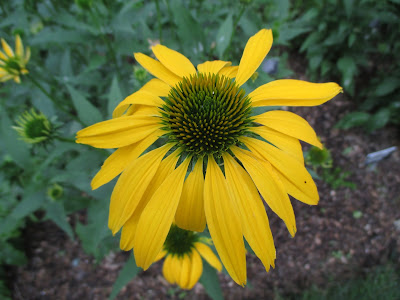 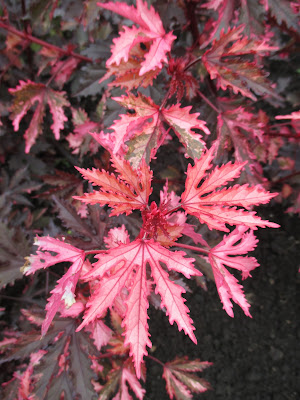 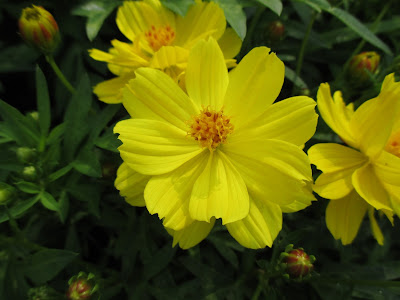 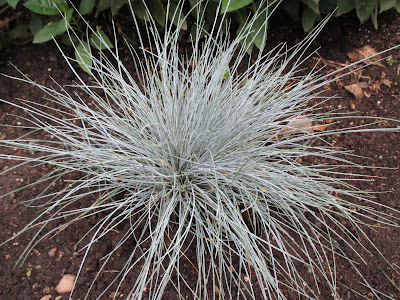 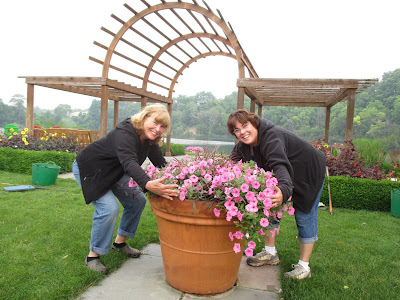 Our volunteers today were very helpful although I’m not sure what Resa and Cookie are doing above …(Resa to the left) with that container. The ladies did a nice job tidying their North Point garden and expanded their weeding range well beyond that space. Below are Magda (left) and Marleen planting and weeding in their assigned garden space.  The ladies do such a nice job.  Bill O. was in for mowing and Bob K. stopped by for some indoor work.  The second photo down shows Eva (blending in to the far left) and Kathy working the weeds in that front entrance slope.  It’s certainly a challenge to work in those narrow gaps but the ladies do a nice job.  The third photo down shows Taylor (mom) with Justine weeding near the Alphabet Jungle Garden which they helped plant a couple weeks ago.  We also saw Janet M., Barb T., Dr. Yahr, Maury F. and many others today. 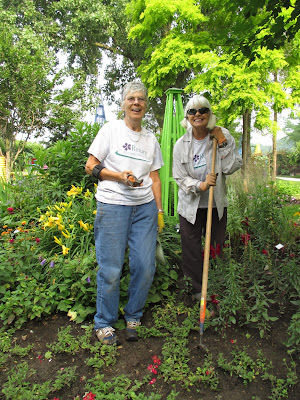 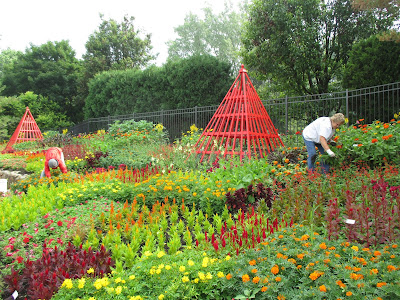 The grounds crew had no shortage of tasks today.  It was nice to see so many visitors and this day, with the cooler temperatures, seemed especially quite busy!  Cindy worked on some planting, weeding and had a strong focus on continued tidying in the Smelly Garden theme in the Nancy Yahr Memorial Children’s Garden.  Janice planted in the entrance garden, weeded, did the cutting display, made signage and helped with many other projects.  Cheryl worked on weeding, planting and more tidying efforts in the Japanese garden.  Terry was in for a half day and focused on planting, re-graveling paths and some more shearing.  Big John also had a wide range of projects including edging, pruning, fertilizing, watering, etc.  Nolan was in for three hours and took care of all the push mowing duties around the gardens.  I was able to place plants for installation, fertilize some lawns and continue preparations for the “YOU DON’T WANT TO MISS…” Home Garden Tour this Saturday, July 11th from 9 am until 3 pm. 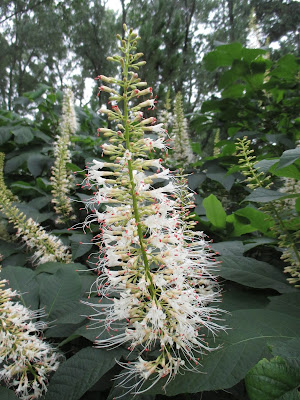 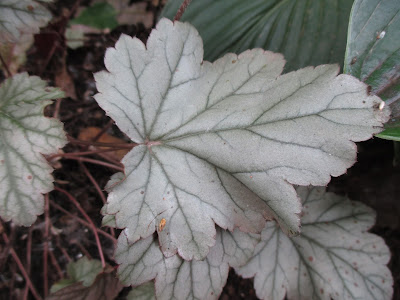 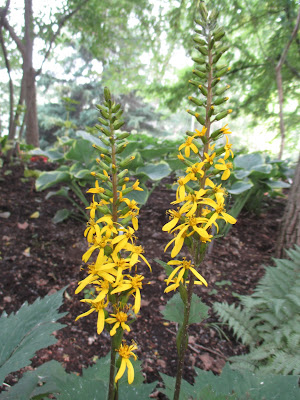 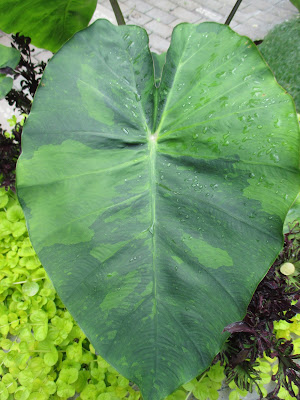 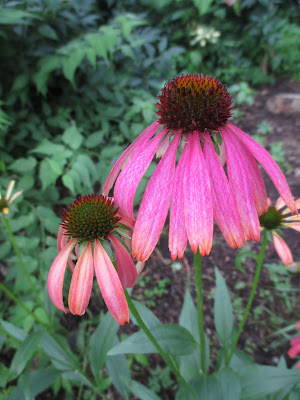 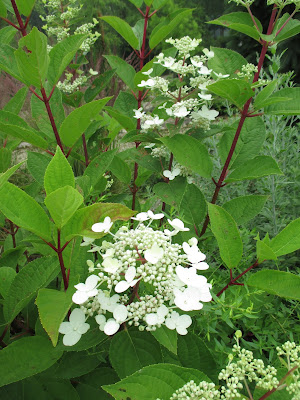