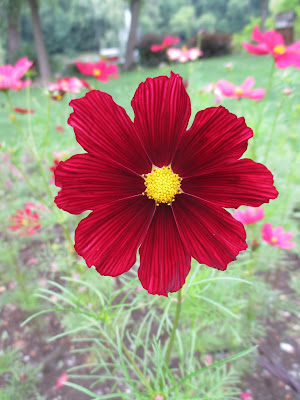 Today was in interesting mix of warm sunshine, clouds and some sprinkles.  We had a smaller but effective crew today with both staff and volunteers continuing to primp the gardens as we head in to summer and prepare for the influx of visitors that will arrive to see our color schemes, gardens and collections.  Above is the beautiful ‘Rubenza’ cosmos (Cosmos bipinnatus) which fades to a reddish pink but the newly opened flowers are quite close to red.  While about 90% of our annuals have been planted for the season, we continue to augment areas and finish some of our last small spaces.  We continued those efforts today and recent rains helped us avoid a day full of watering duties although we had some of those tasks as well.  It was nice to see quite a few visitors as well.  The photos below were also taken in the gardens today. 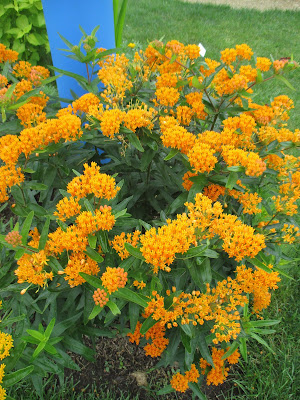 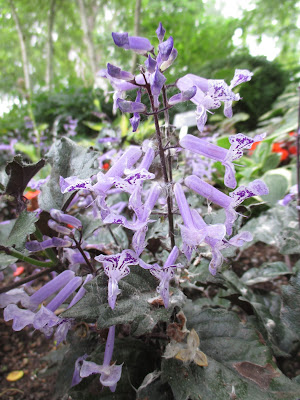 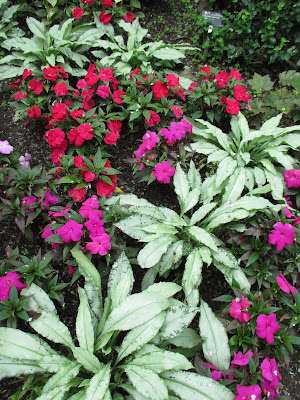 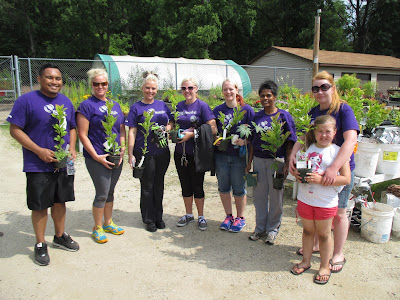 The photos directly above and directly below feature the talented volunteer crew from BioLife Plasma Services here in Janesville, WI.  This crew put in a good four hours yesterday (Sunday) and we weeded a large area together and did some serious mulching as well.  It’s nice to have groups like this come and support the gardens and we hope they’ll be back in the future! 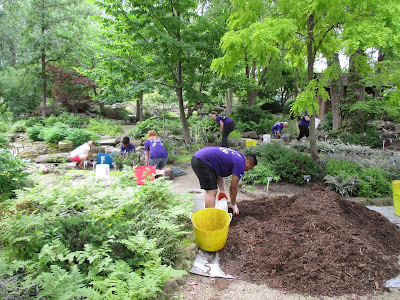 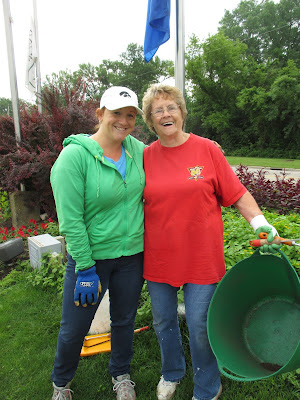 We had some new volunteers today.  Jennifer (above in green) came in and helped weed in the entrance garden with both Kathy (above in red) and Eva.  The ladies did a great job.  Cheryl P. was also a new volunteer today and she helped Karen M. tidy up in the Japanese garden.  Maury worked on cleaning some of our water features after getting his morning chatting done (see below) with Mark S. and Polly.  The second and third photos down show Alan M. and Ron R. respectively who did a great job mulching the East parking lot border which they helped clear of weeds and debris last week.  They received significant help from both Pat M. and Gary S. in that area and this foursome finished this large task in good order.  Vern, Dave, Jim, Ron Y. and Bob K. all had carpentry projects to work on (fifth photo down) and Bob K. stayed all day to help with some sculpture installation with Nolan and Dick H.  Dick H. also did some welding (fourth photo down) and ran to the dump.  Dr. Gredler and Rollie had mowing duties and Ken C. and Chuck S. did some cart tour training.  Vicky (sixth photo down) was in for planting in two areas and Marcia and Mirjam (seventh photo down taking a well-deserved break, Marcia to the left) continue to do an exceptional job maintaining the English cottage garden.  The eight photo down shows Urban (driving) and his son Jeff who did some excellent pruning work along the periphery of the shade garden.  We also saw Tina B., Dr. Yahr, Janice, Big John, Janet M. and many others today. 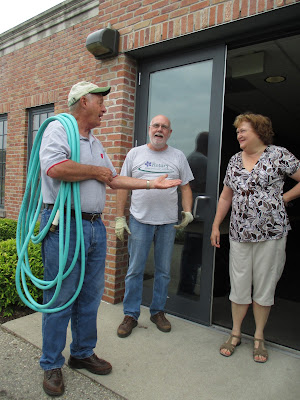 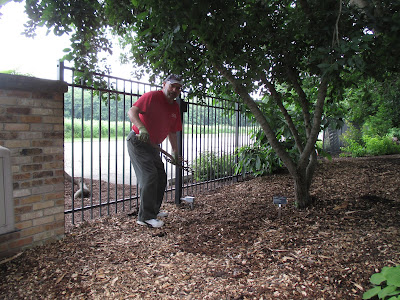 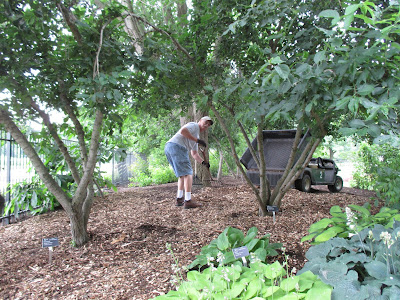 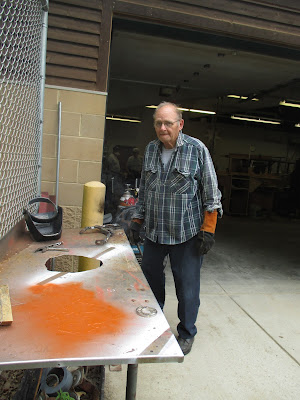 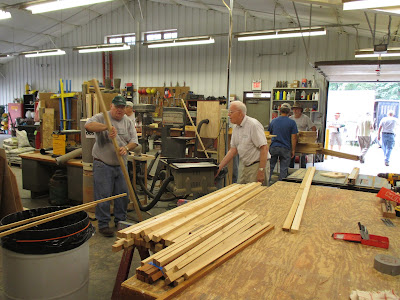 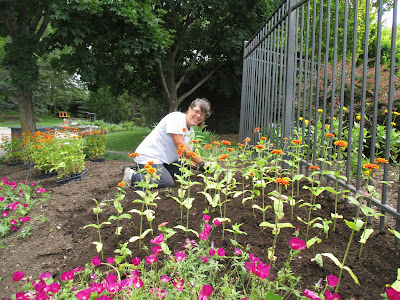 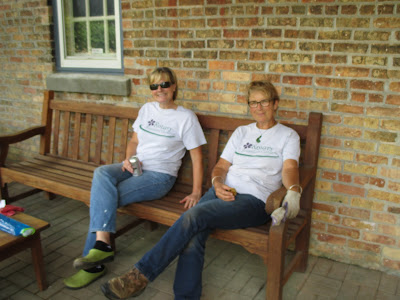 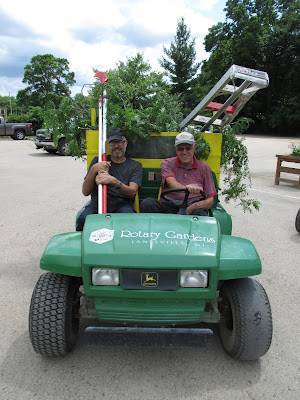 The grounds crew kept busy from start to finish today.  We saw John and Janice briefly but they were off the clock.  Cindy planted, weeded, unplanted, replanted and watered today.  We had lots of action in the Smelly Garden theme of the Nancy Yahr Memorial Children’s Garden and Cindy was a big part of it.  Terry worked on a large edging project, watered, weeded and helped with many other tasks as well.  Nolan had some major digging projects that were related to some sculpture installation (top secret) and he was involved with more work related to these projects in the afternoon with Bobby K. and Dick H.  I hauled plants out to many areas today and am trying to make sure we’re pretty much planted by the end of the week. 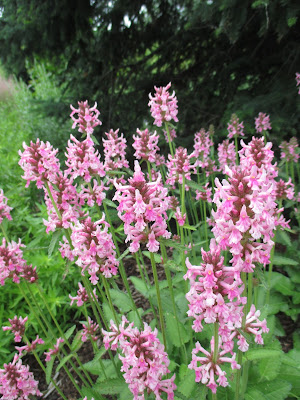 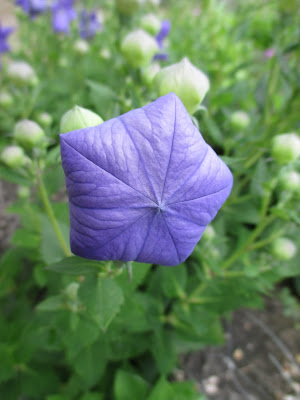 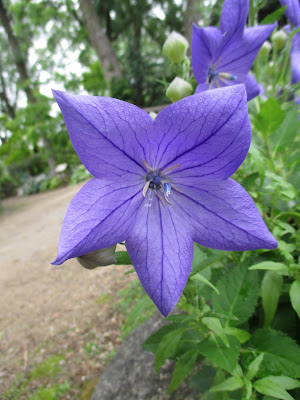 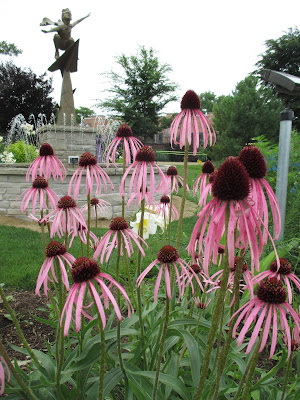 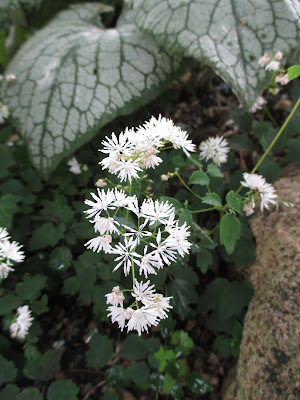 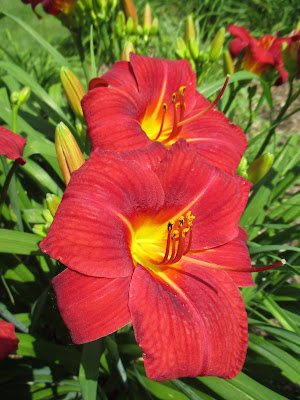 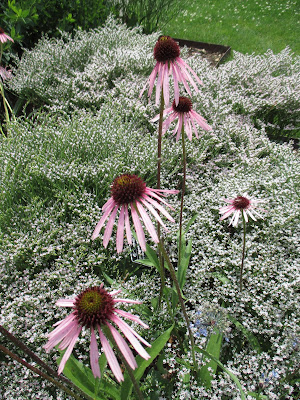 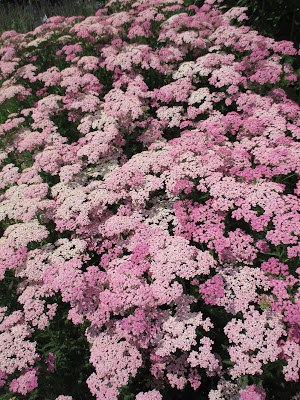 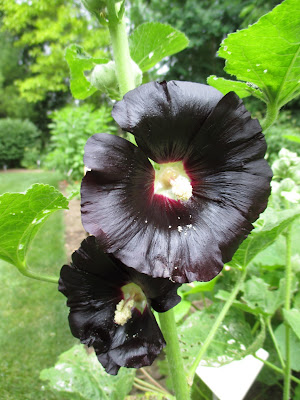