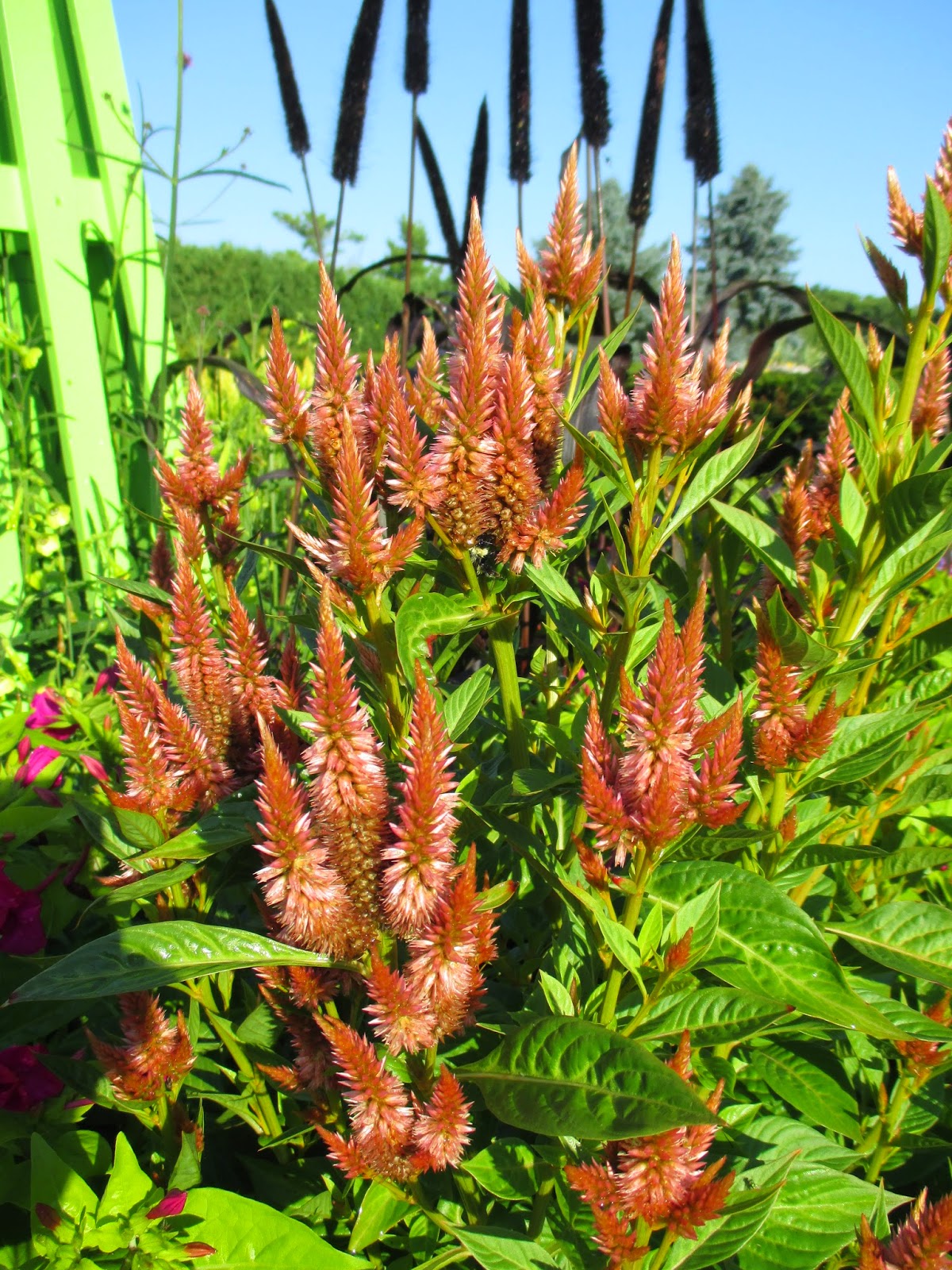 I’m a big fan of annual celosias (Celosia sp.).  In 2005, we displayed a collection of over 100 varieties which was a lot of fun.  It was amazing to see such a wide range of options with such a heat tolerant annual.  While great for flower form and bloom coloration, there are many with interesting foliage as well.  The nomenclature is a bit confusing at times with lots of hybrids and new varieties each year.  Generally speaking, celosias like full sun in decent soil with adequate watering.  We’ve displayed the various “plume” types celosias (Celosia plumosa) and the “cockscomb” type celosias (Celosia cristata).  However, I also enjoy the “wheat” celosias (Celosia spicata) which have such upright flower architecture out in the garden.  Above is ‘Celway Terra Cotta’ which was a big hit last year and ended up almost 3′ tall.  Some varieties will get sizeable in the 3′-4′ range while there are selections closer to 24″ and even shorter.  Research your varieties for height and realize the massing these wheat celosias can offer some interesting color and texture.  While many of these are hybrids, I consider them “wheat celosias” as they have some spicata heritage and very upright “wheat-like” blooms.

Today was busy with lots of volunteers arriving at the Horticulture Center this morning.  Larry H., Dave T. (new grumpy), Alan M. and Peg headed out to bring in more lights from the Holiday Lights Show.  The progress was made easier with some sunshine and above frigid temperatures.  Urban was inside processing lights while Dr. Gredler did some painting.  Terry and Marv installed some new shelving in the Horticulture Center with some help and Dick H. worked on some of our vehicles.  Dave, Jim, Vern, Ron Y. and Bob K. all worked on a big carpentry project and are making great progress.  Bill O. came in to help Larry later in the morning and Gary S. was in to run some errands.  Jim, Stan and Karen M. had a meeting regarding some improvements in the Japanese garden and Kay helped process more seeds for the Spring Plant Sale (Mother’s Day weekend!).  We also saw Rollie, Tom, Cheryl R. and many others today. 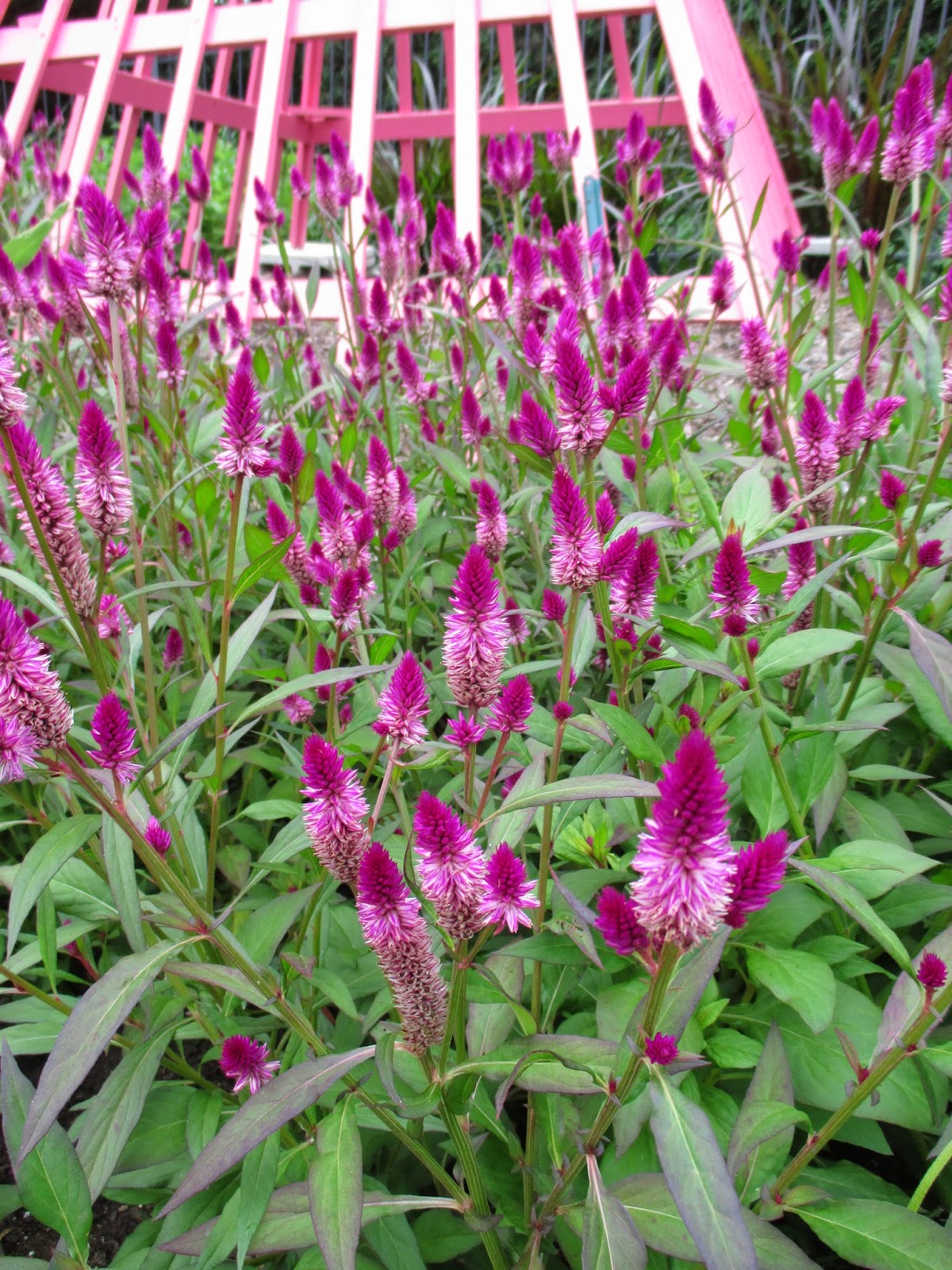 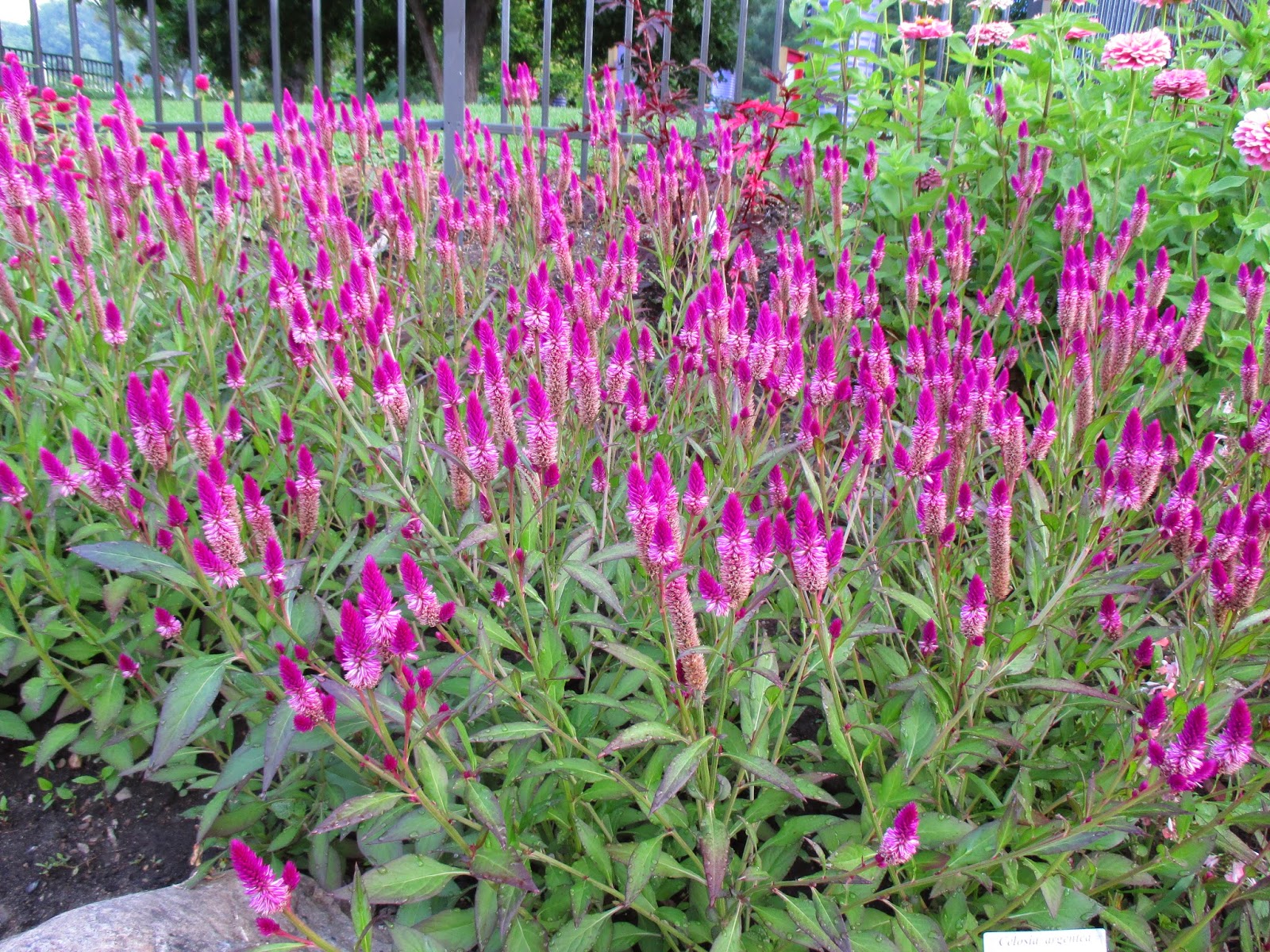 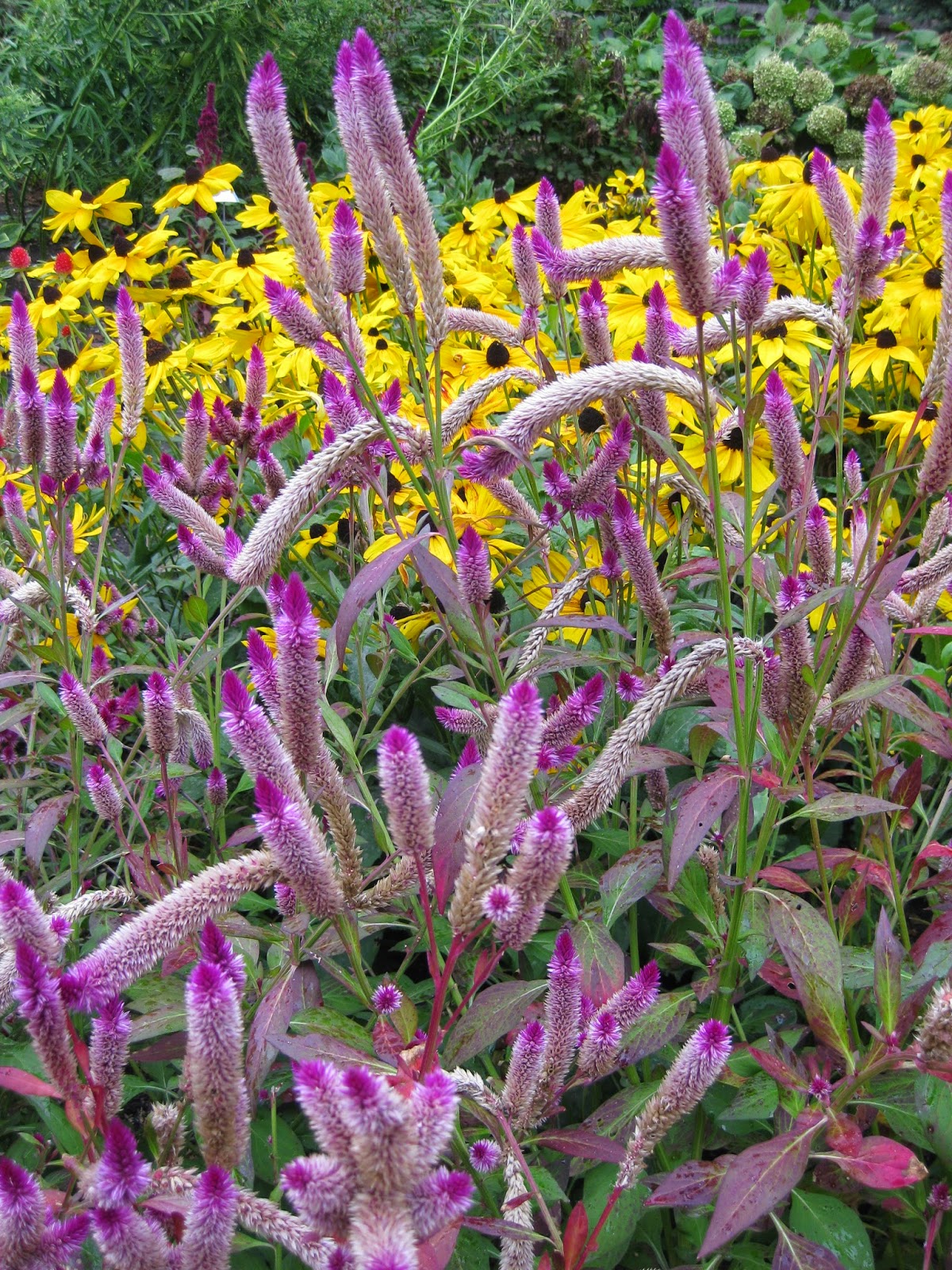 ‘Ruby Parfait’ late in the season﻿ 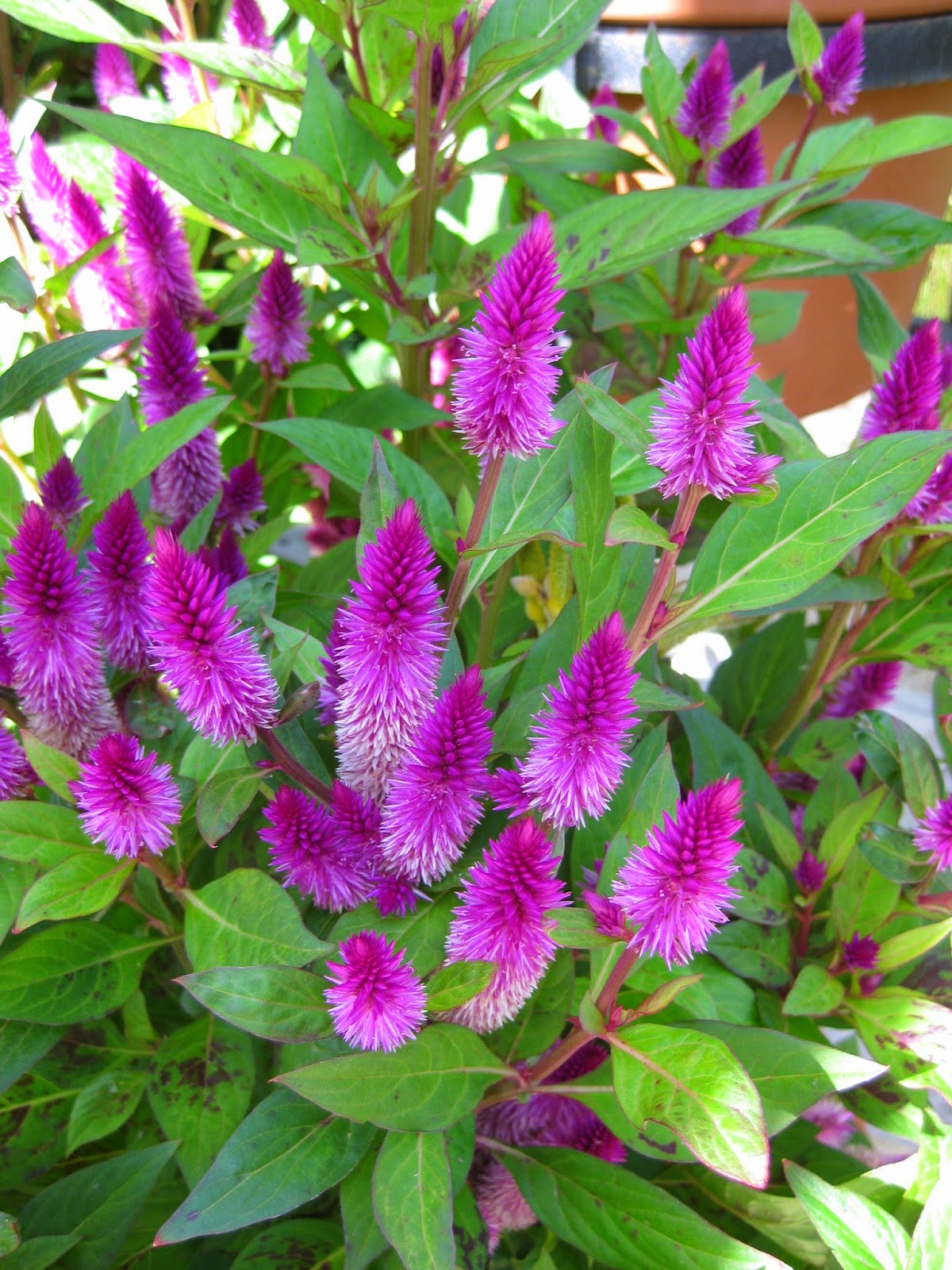 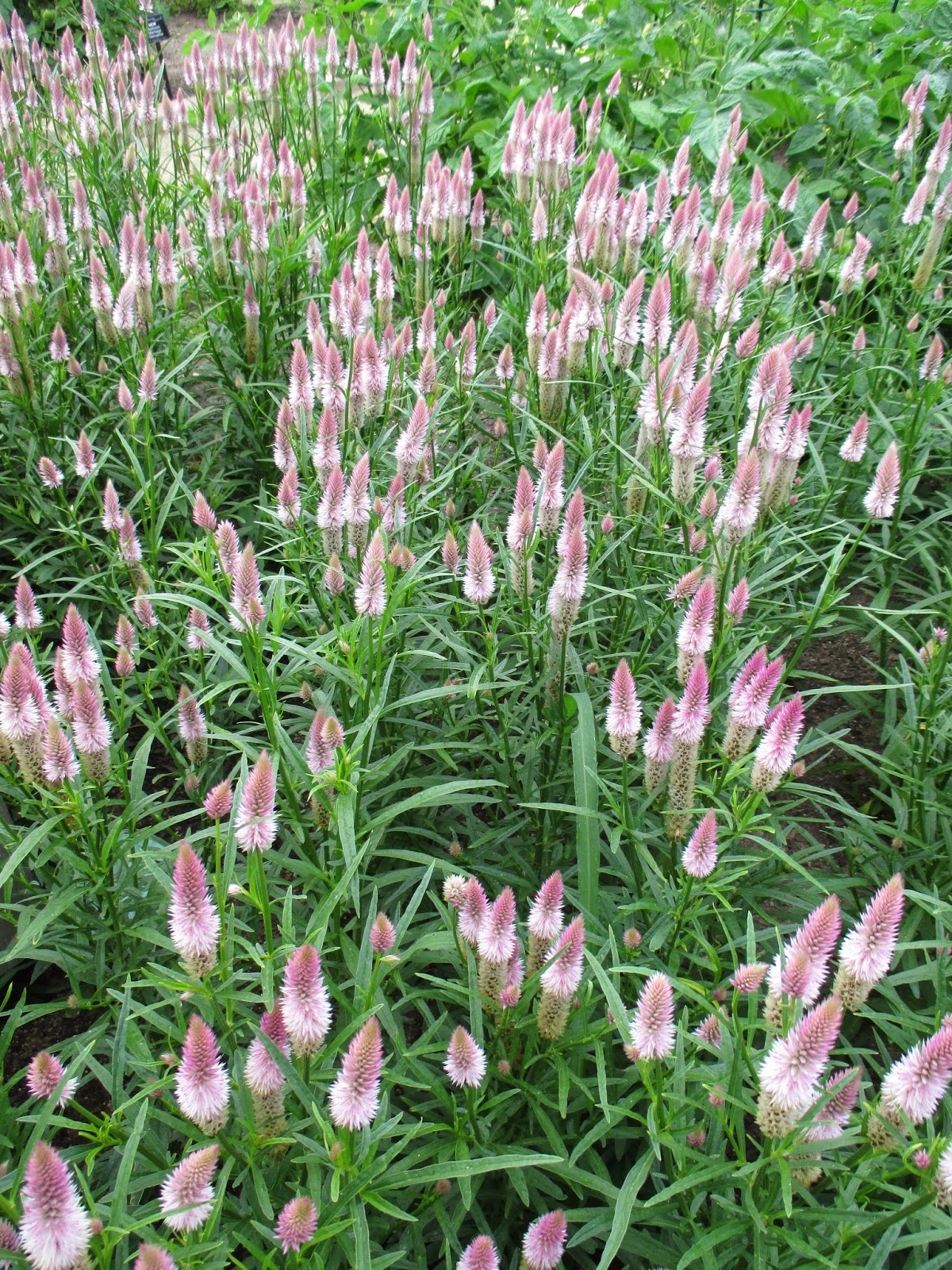 ‘Flamingo Feather Pink’ (above and below)﻿ 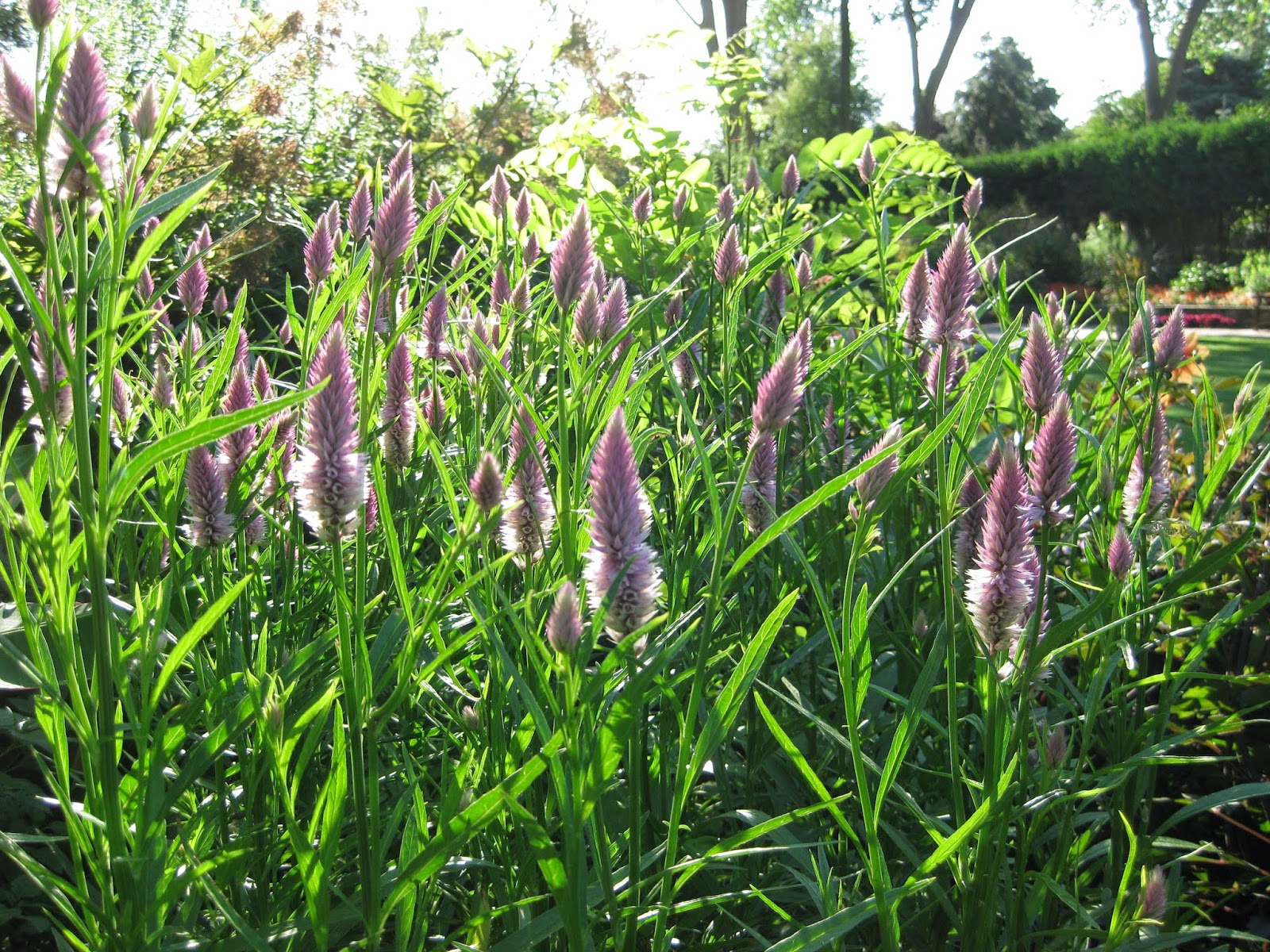 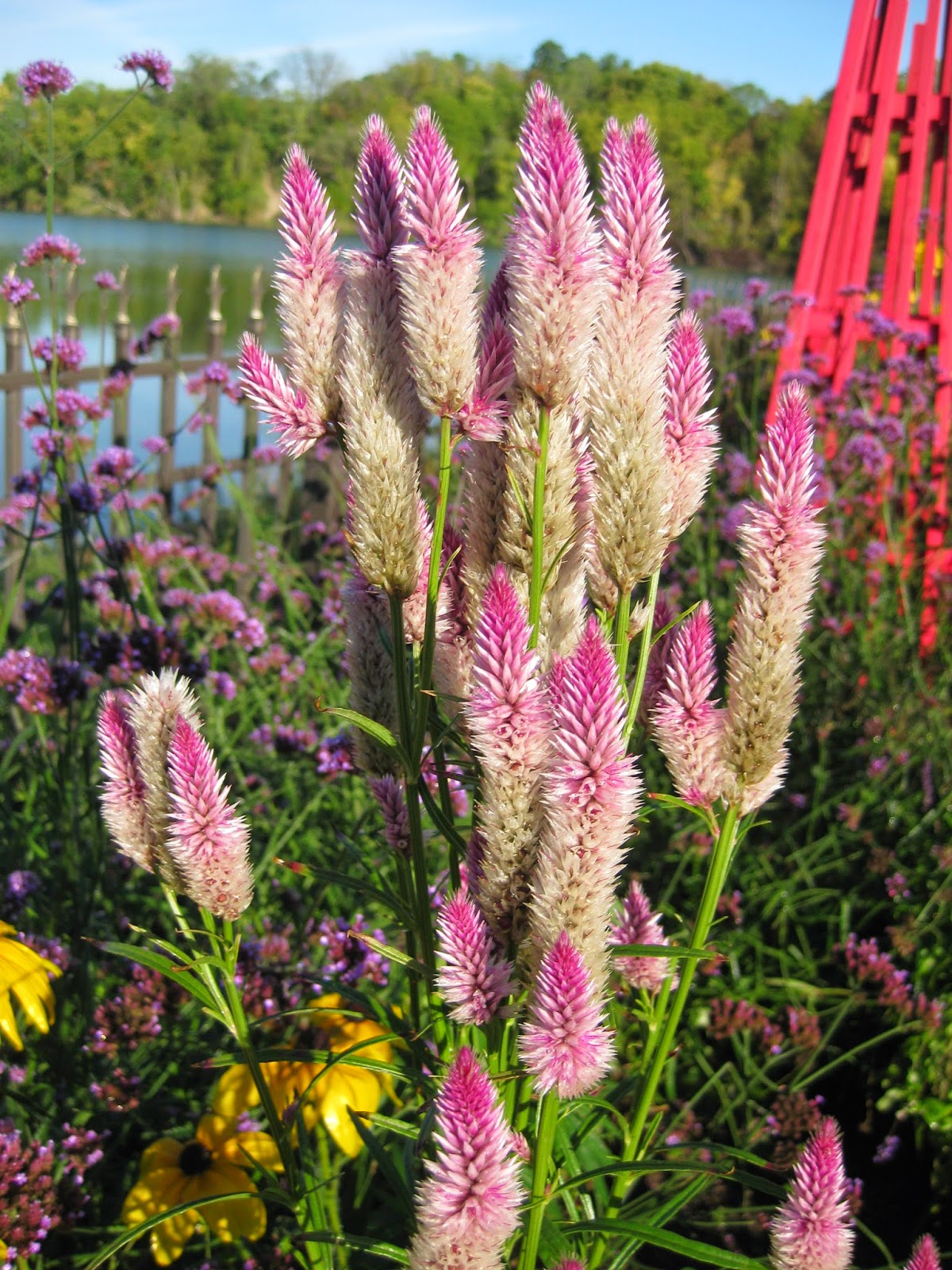 ‘Flamingo Feather Pink’ late in the season (above and below) 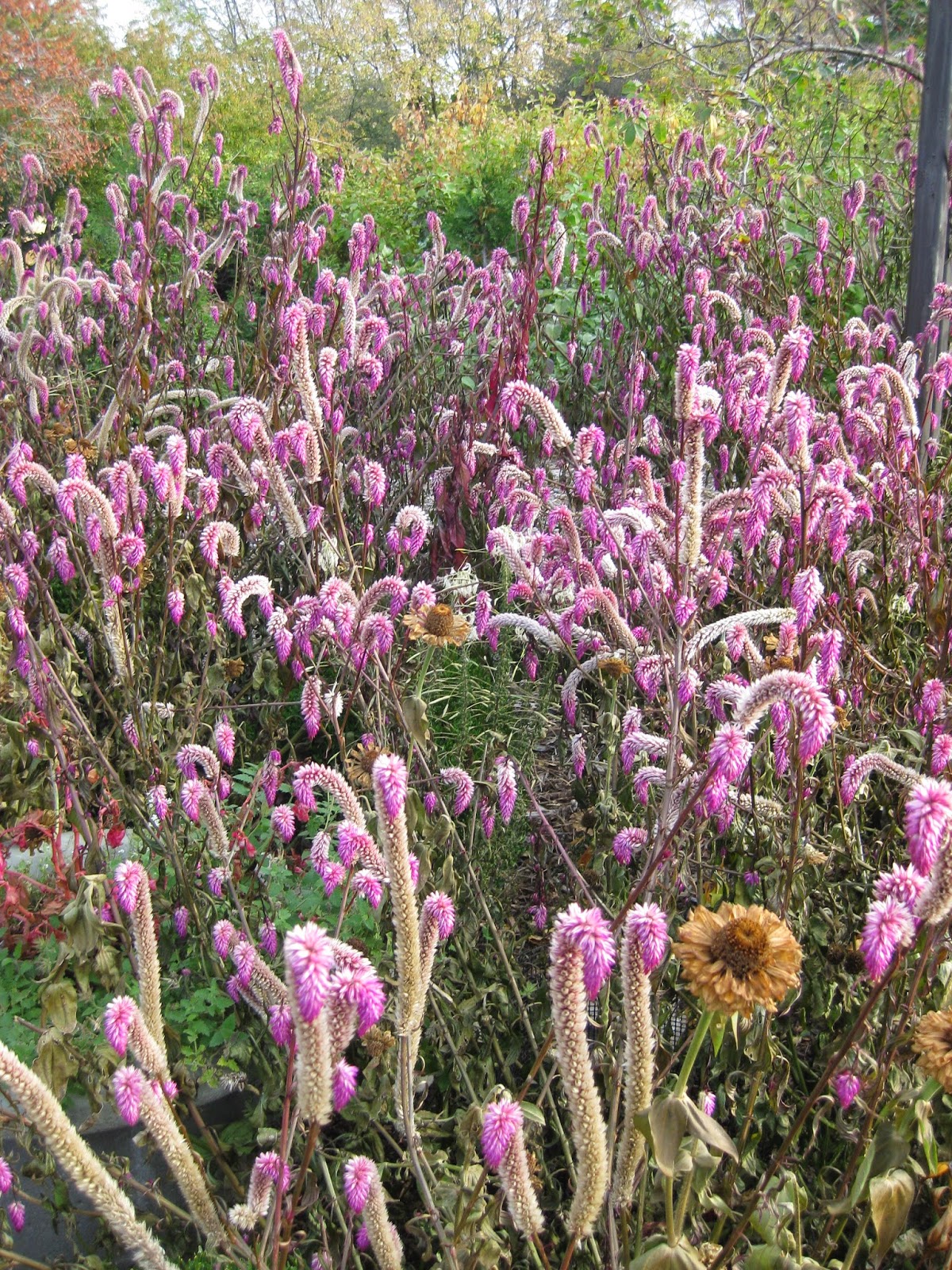 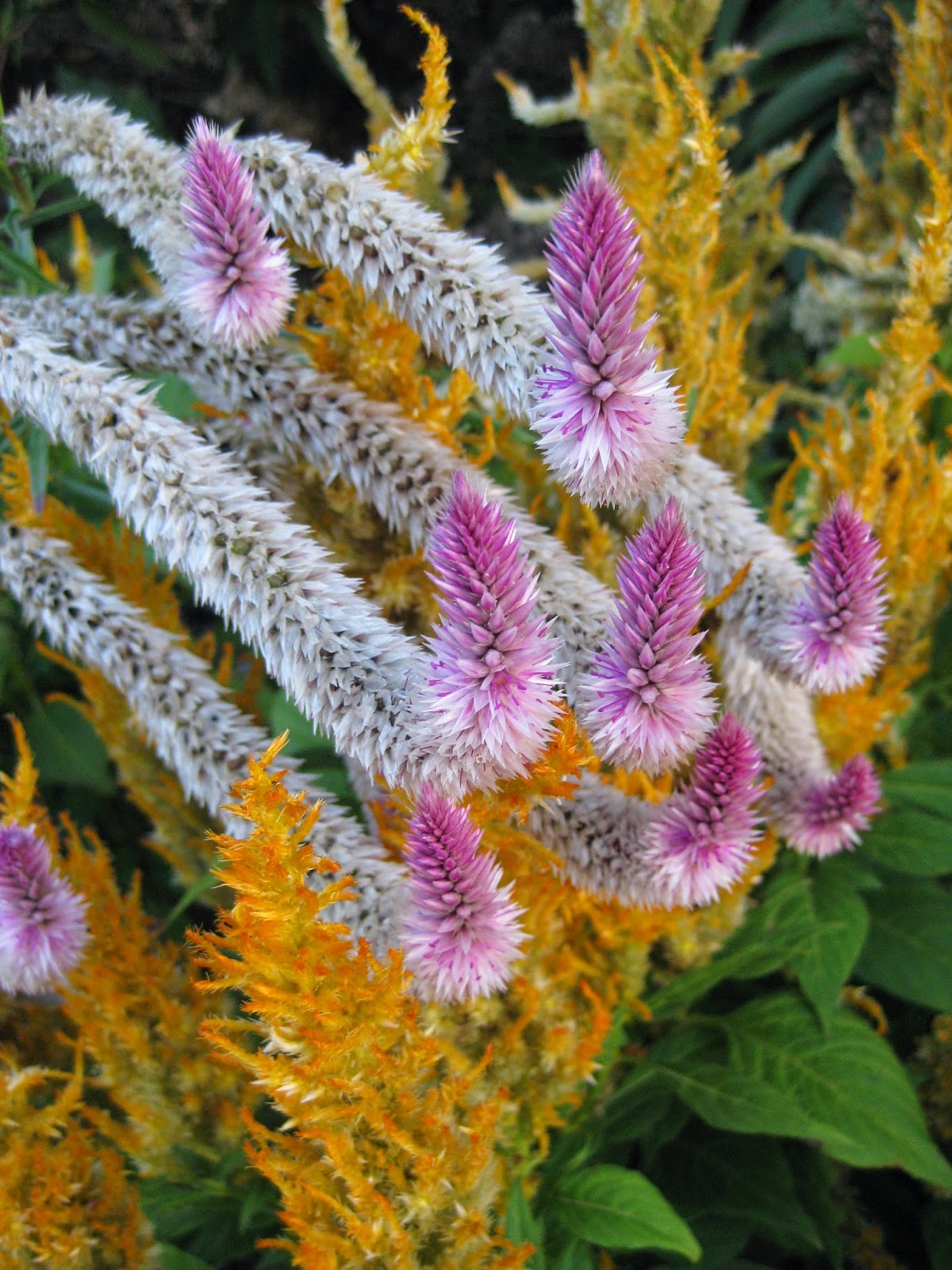 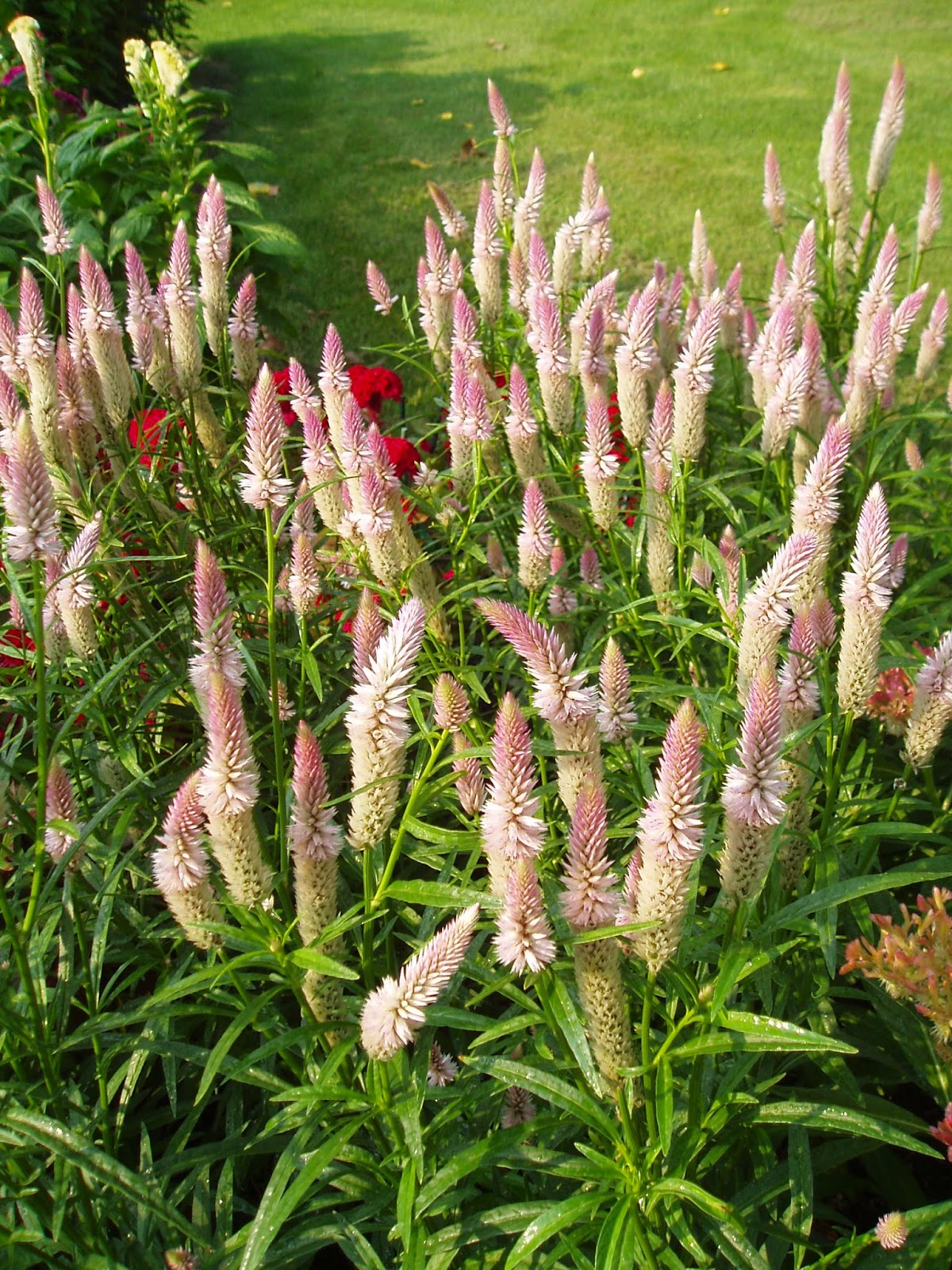 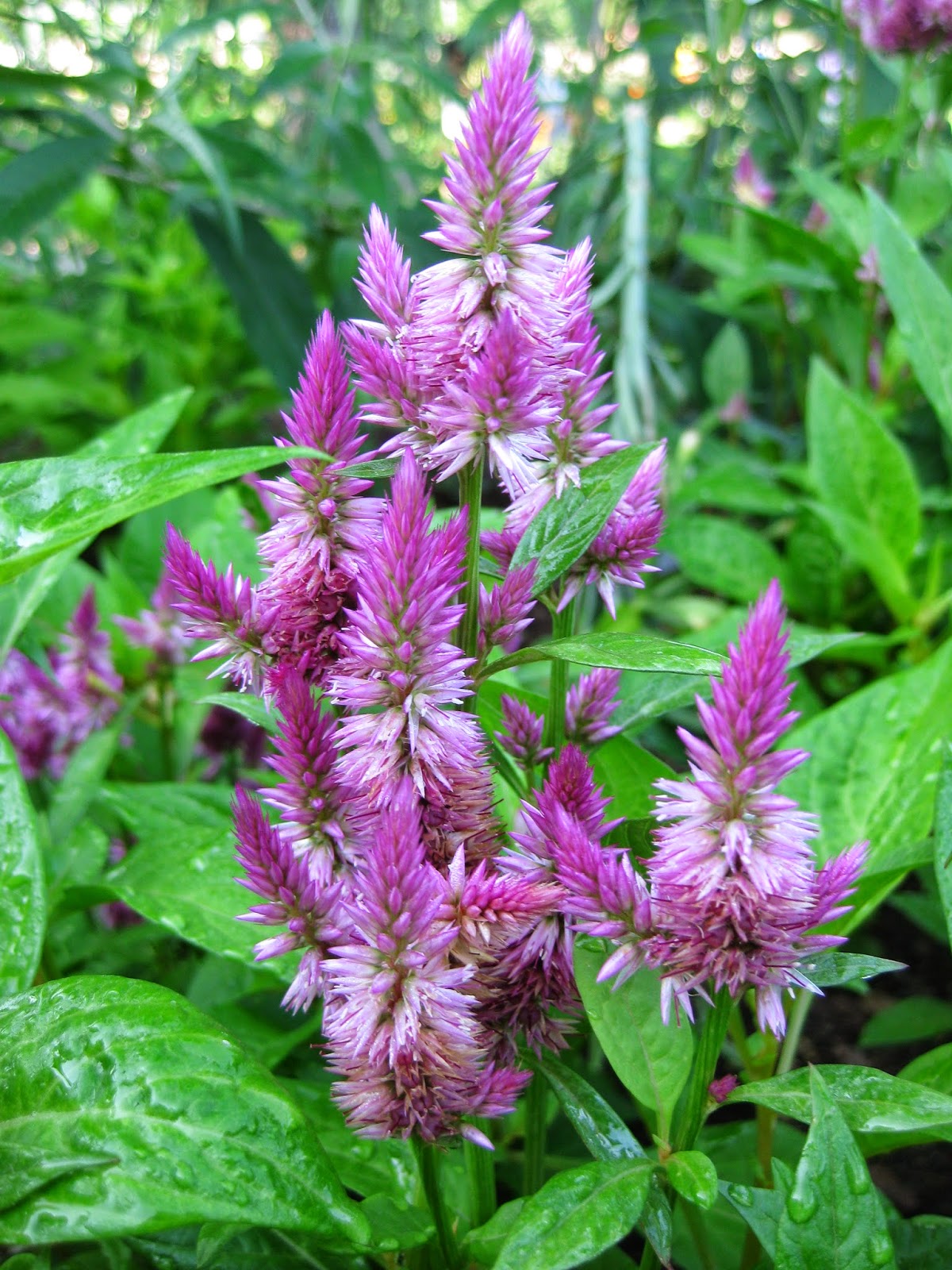 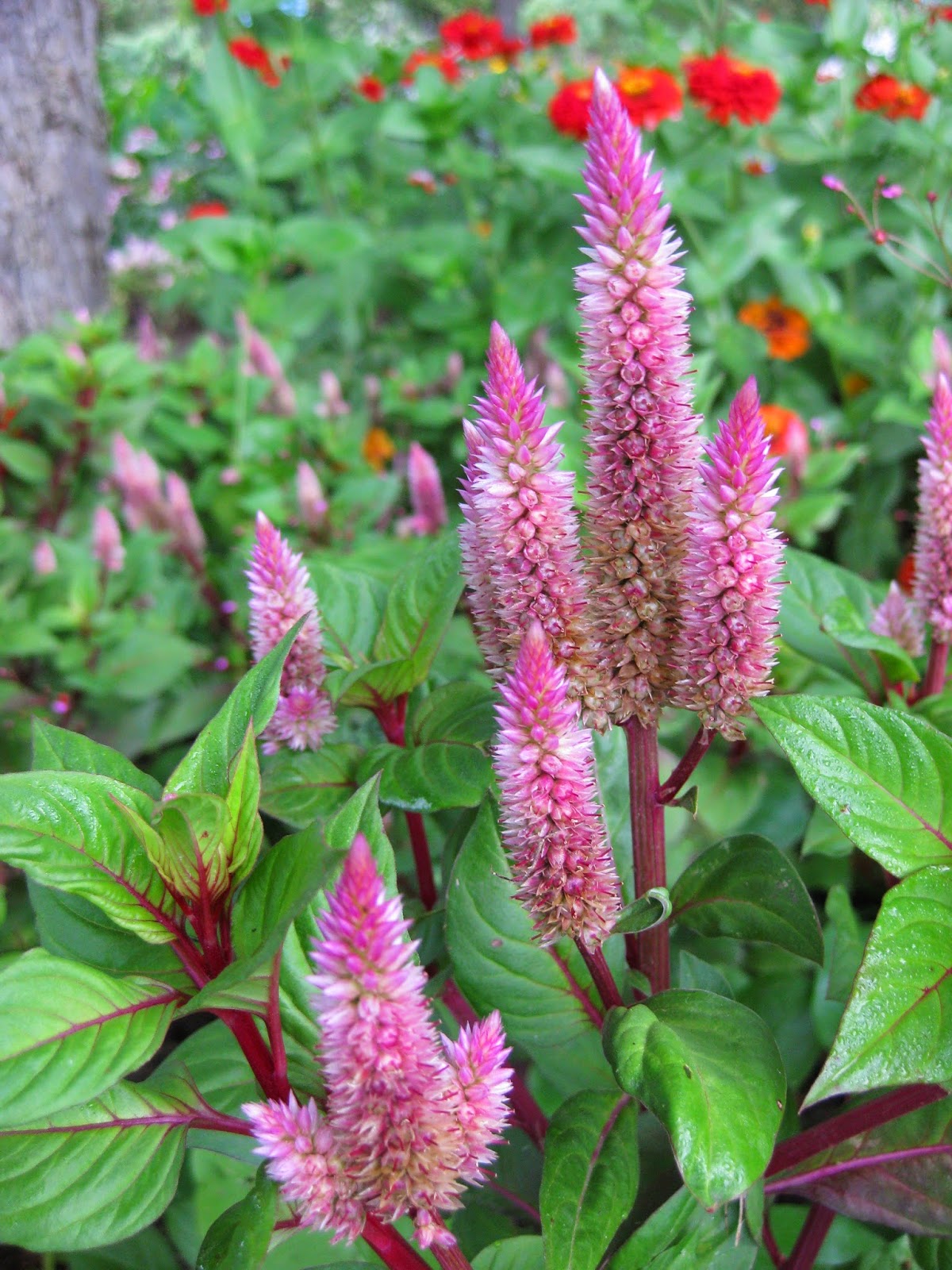 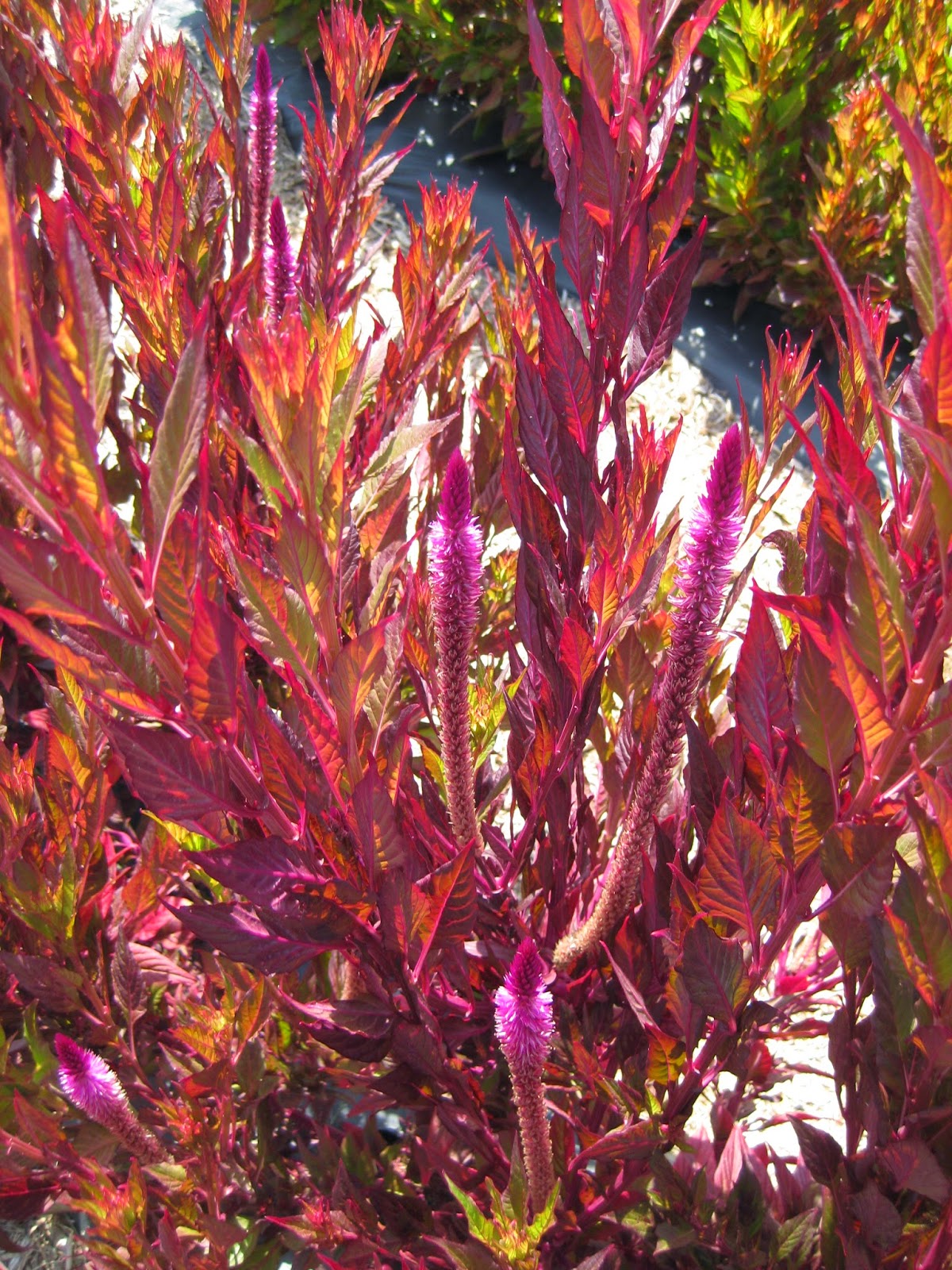 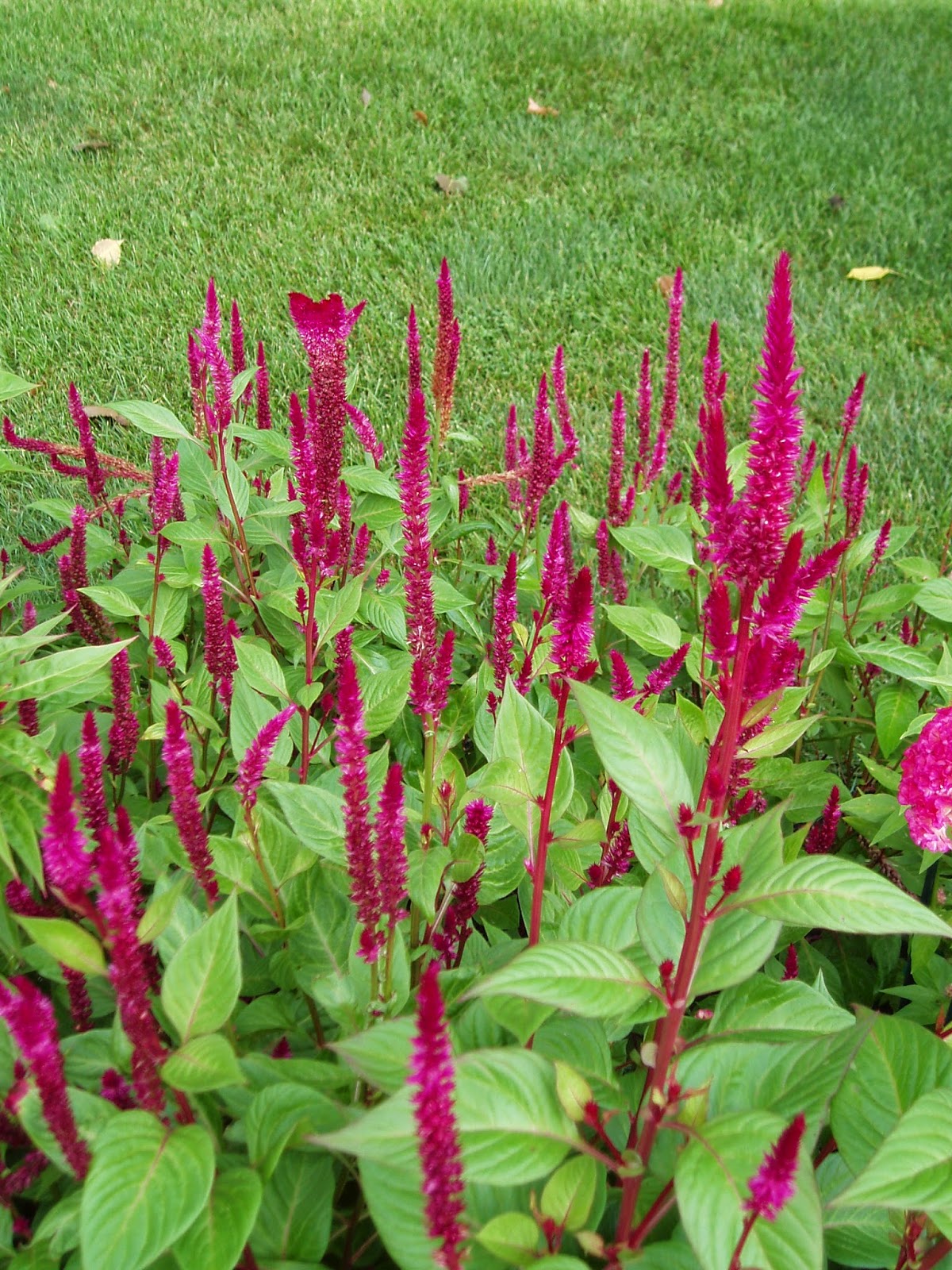 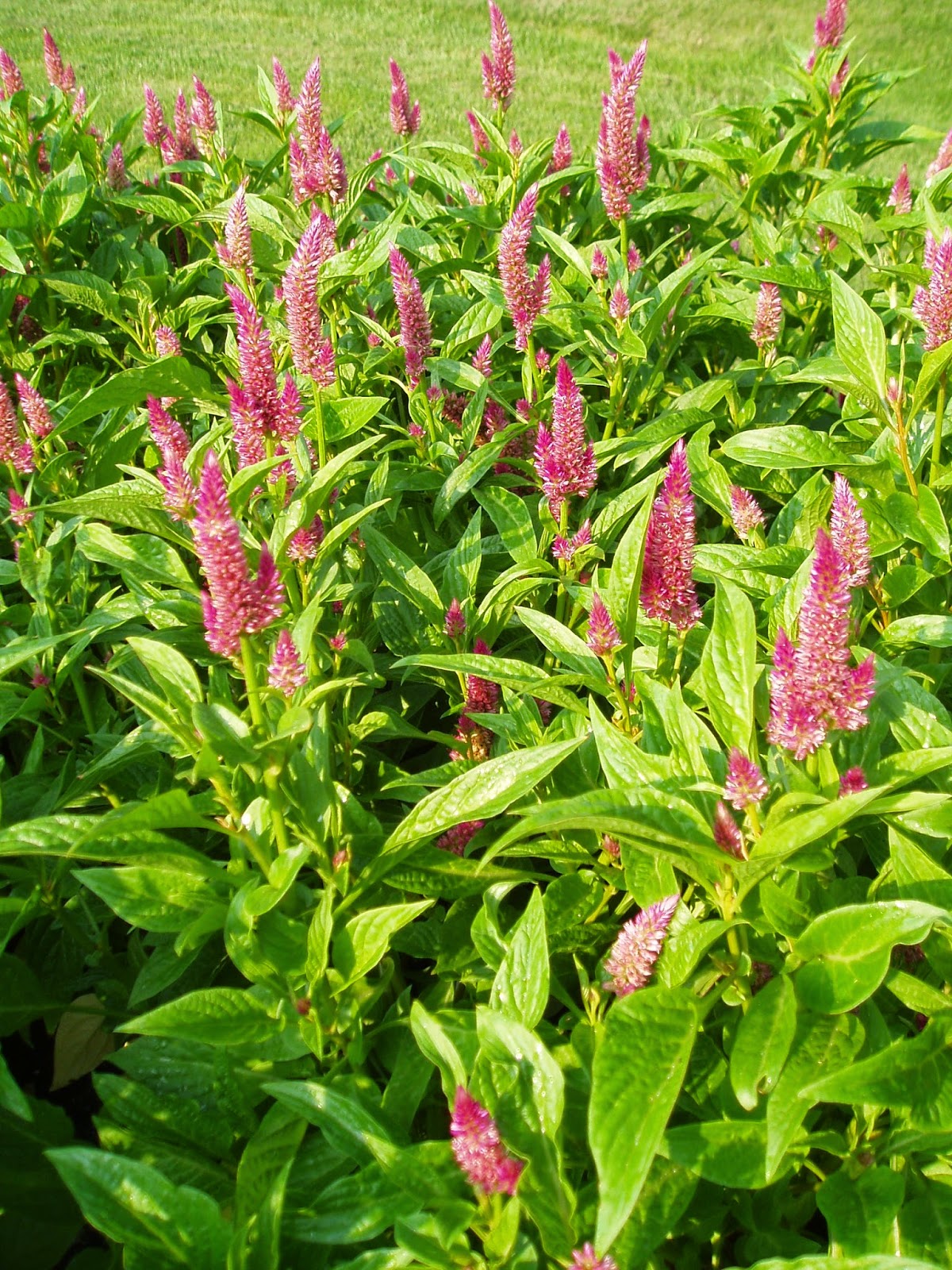 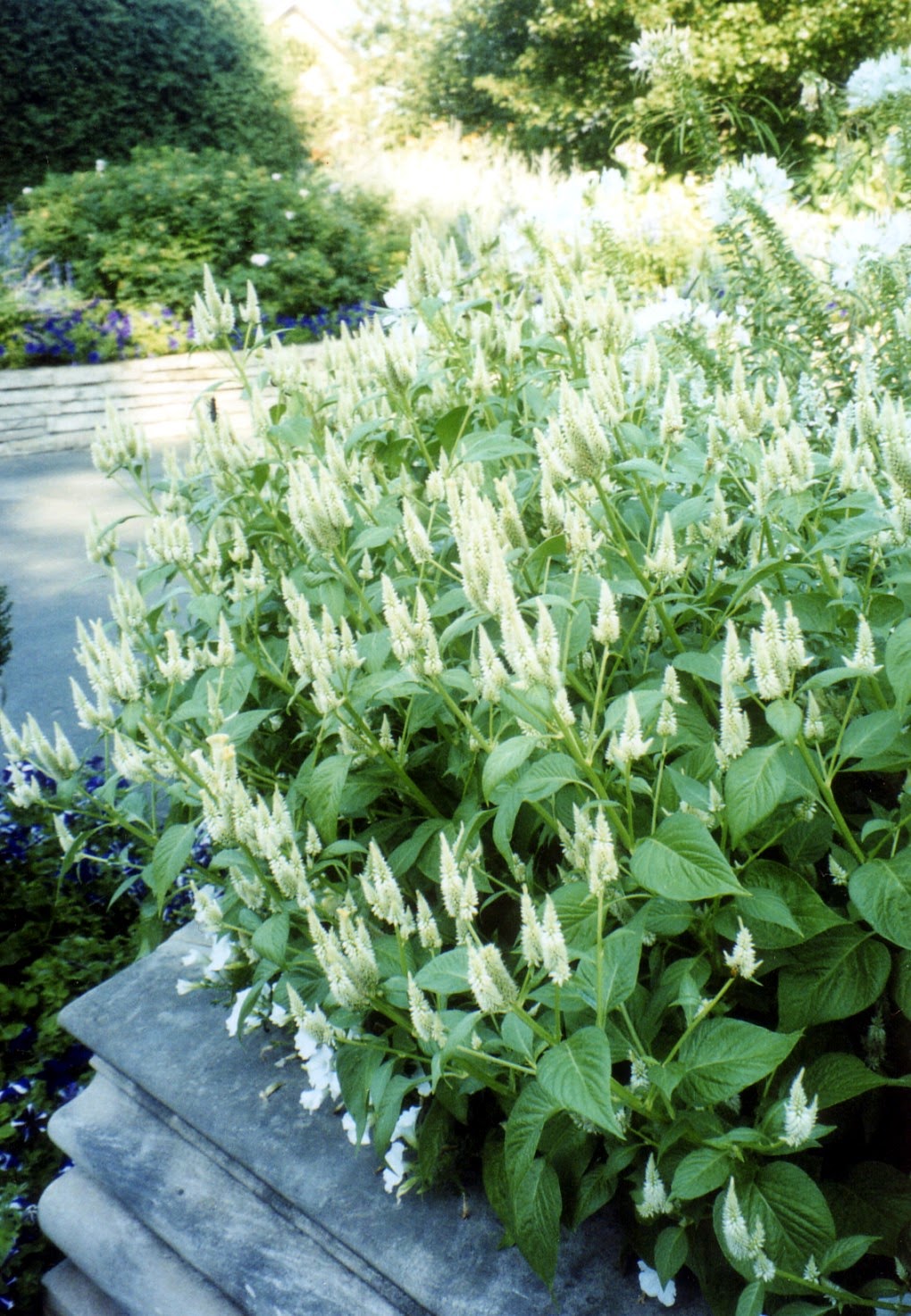 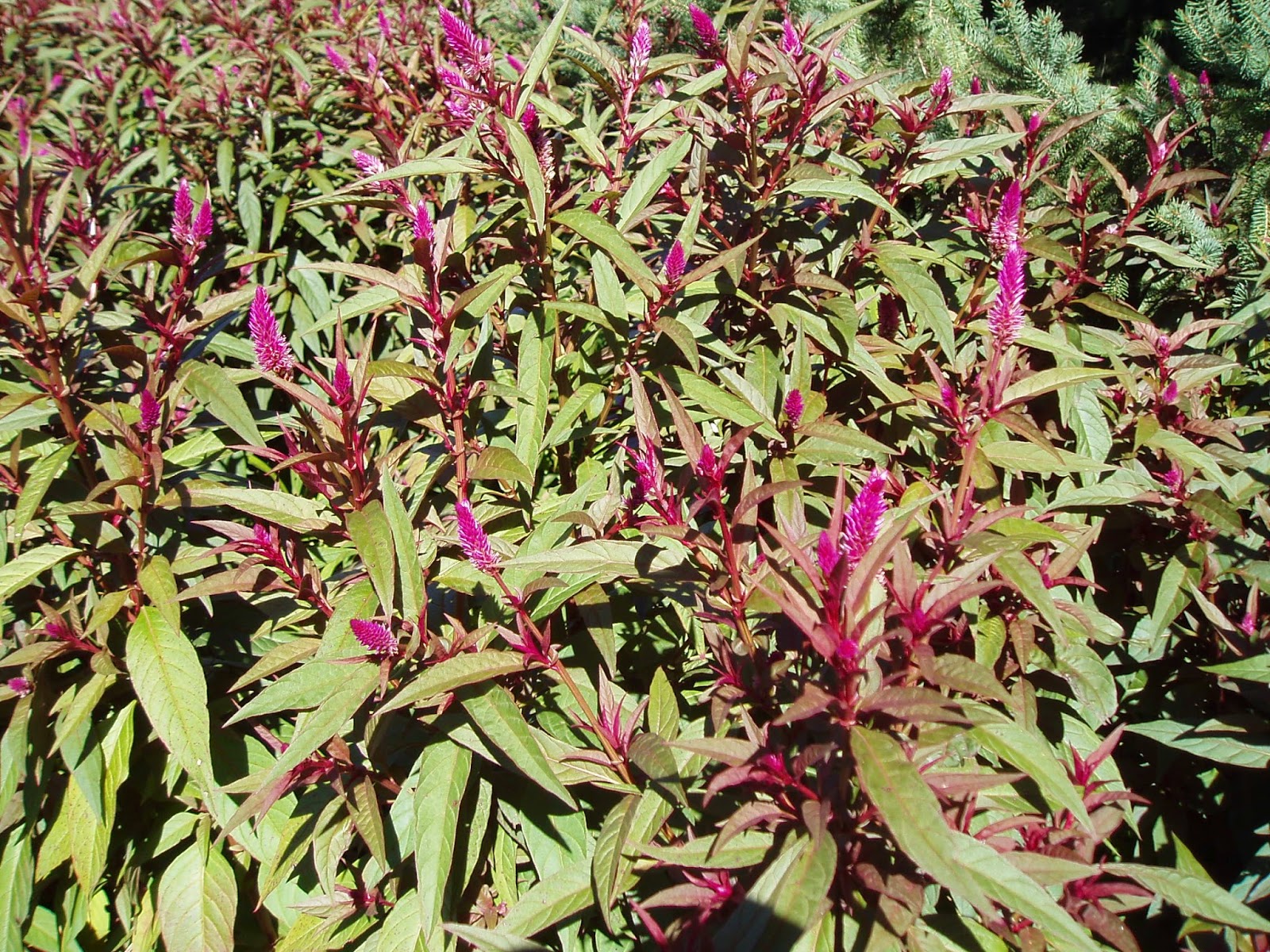 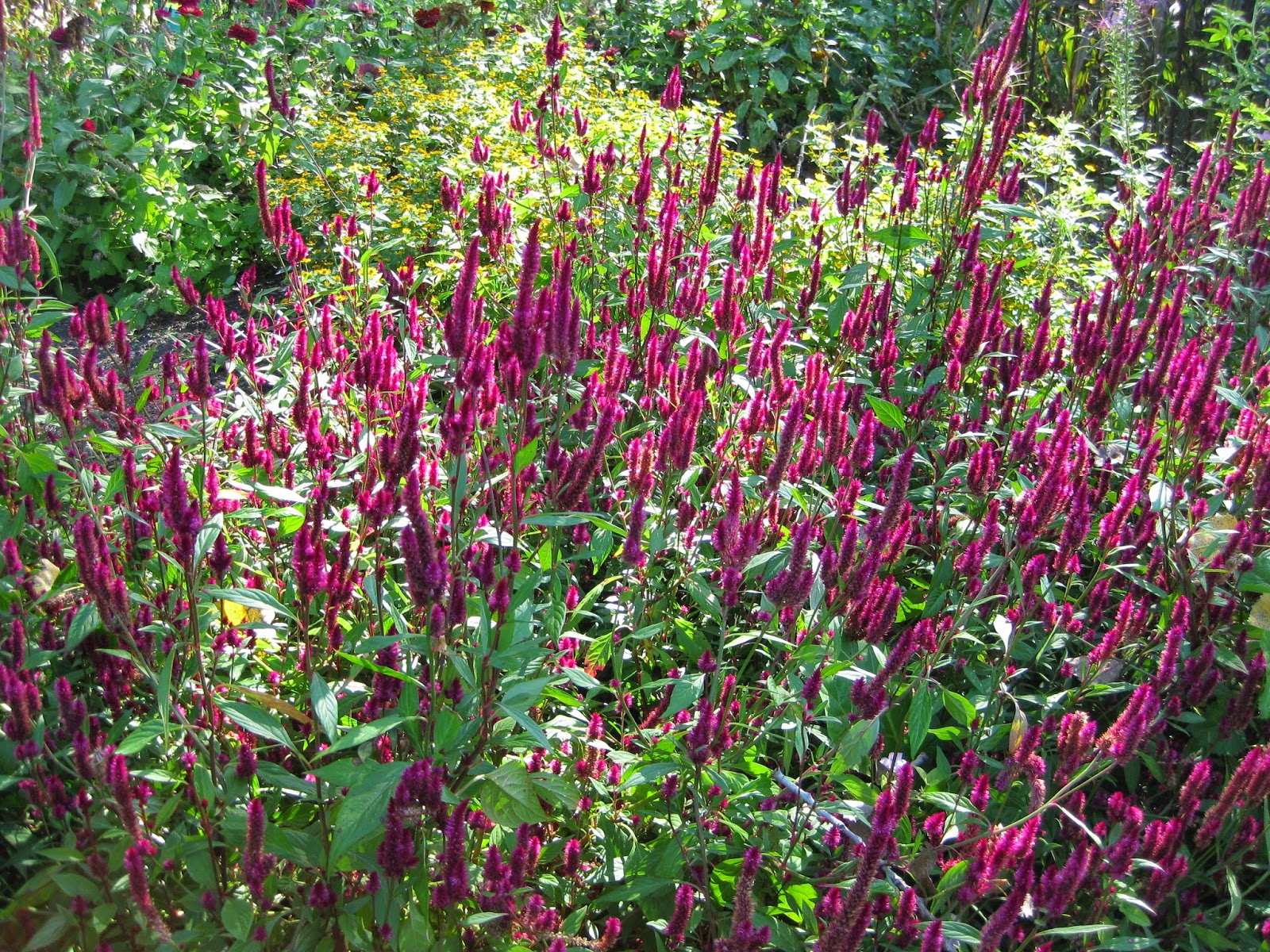