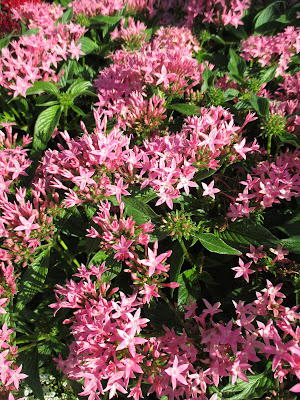 The next two days look like they will include plenty of drizzle.  The temperatures might stay high enough to avoid more snow but it was damp out there today.  Big John and Larry H. spent the morning processing many of the lights that had been brought in from the gardens as we dismantle the Holiday Light Show (HLS).   We’ve had quite a bit of help this week with significant progress in the take down process.  It looks like some very cold weather next week so the hope is that more of the remaining snow/ice layer breaks up so we can get to cords and other lights that will become even more frozen down with the dip in the mercury.  Maury stopped by after running some errands and I continue to sift through a multitude of catalogs.  Bill O. came in to work on some equipment as well and we also saw Dick H., Urban, Terry and a couple of others.  I have some lectures tomorrow up in Amherst, WI and will travel there later today.  The Portage County Master Gardeners are very cordial and I believe I’ve been involved with their winter program for the fifth or sixth time.
The blog today is a photographic tribute to a very easy to grow annual called Egyptian starcluster (Pentas lanceolata).  Native to Africa, this plant would be considered a shrub or “sub-shrub” in warmer climates (getting up to 6′ tall!) but for us in the North, it is a colorful annual that thrives in the heat of our summers.  In our summers, Egyptian starcluster (5 pointed flowers in a cluster) specimens will get 15″ or so and will continue to bloom until frost.  While they are not too picky about soils, moist and well-drained, full sun sites with occasional fertilization are most beneficial.  Egyptian star cluster varieties (mostly white, pink, rose, lavender and red) are typically purchased as plants.  Consider using Pentas in summer containers as well.  They are also resistant to rabbit and deer browsing which is noteworthy.  Consider snipping off (deadheading) spent flowers for solid bloom coverage throughout the season.  Pentas are also excellent for attracting both butterflies and hummingbirds.  The variety seen above and directly below is ‘Graffiti Pink’. 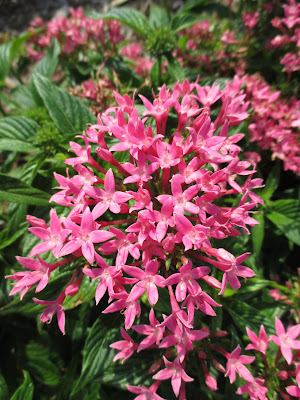 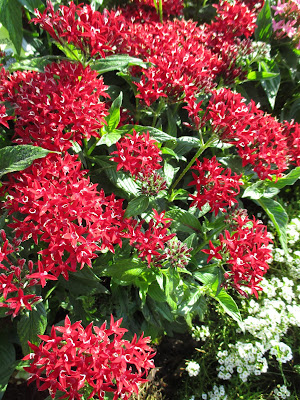 Pentas ‘Graffiti Red Velvet’ (above and below) 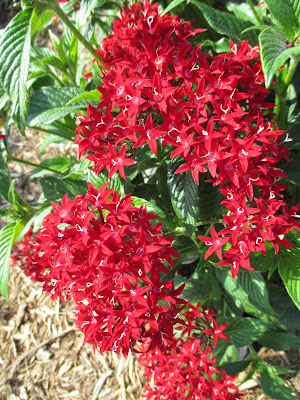 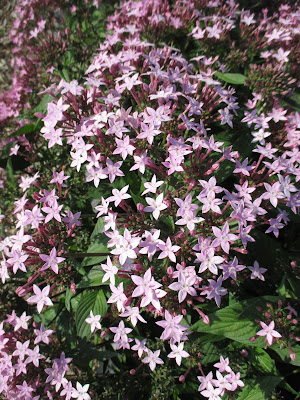 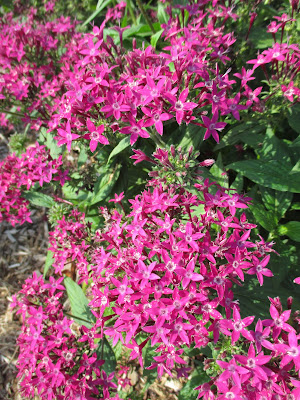 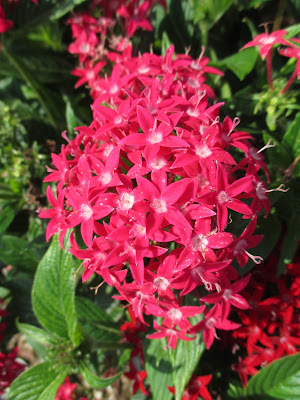 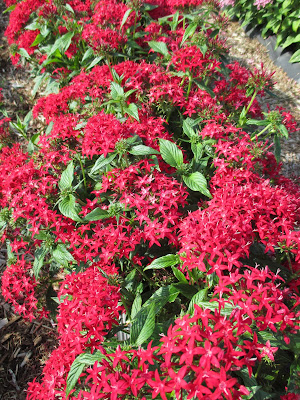 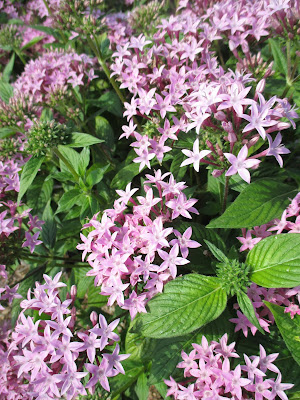 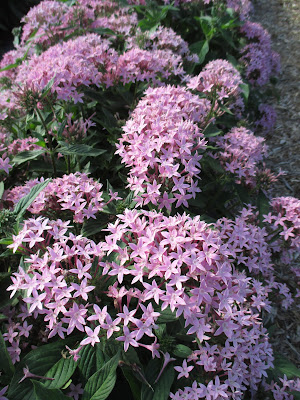 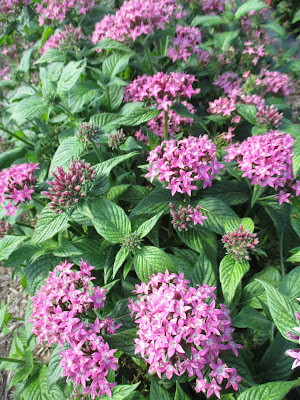 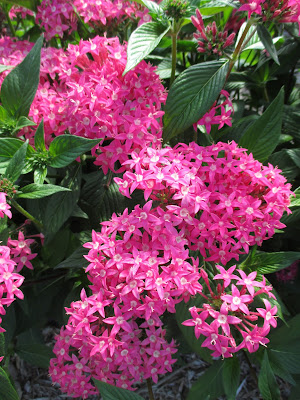 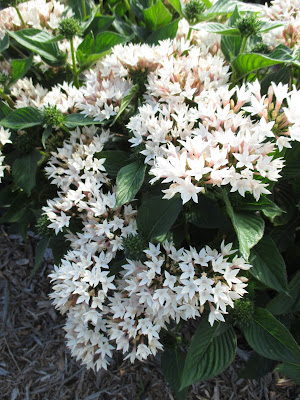 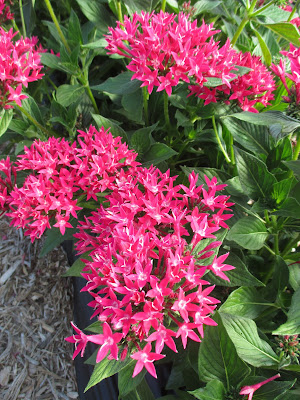 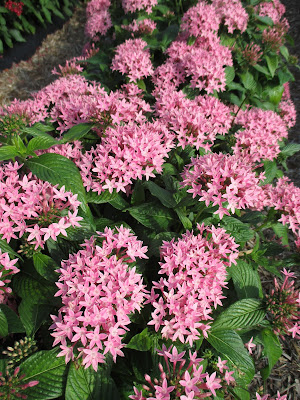 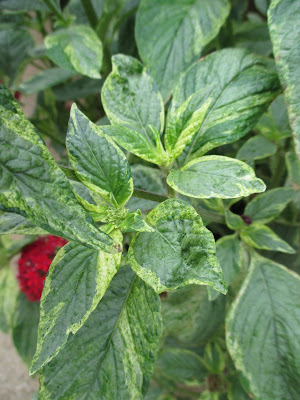 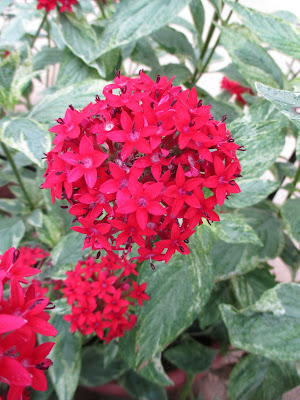