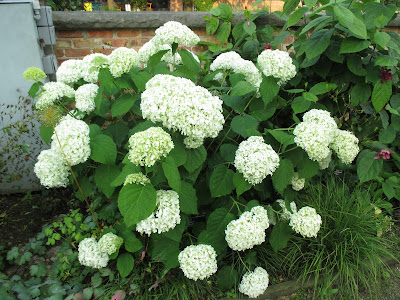 The rain held off for today although we had another 4/10th of an inch overnight.  There was very little need for watering today as we’ve really had quite a wet June overall.  I’d certainly prefer that to a dry June!  The day was cooler and in the mid 70 degrees F with overcast skies most of the day.  It was great working weather although the droves of mosquitoes are starting to make their blood-thirsty cravings known to most of us.  Above is the Incrediball hydrangea (Hydrangea arborescens ‘Abetwo’) looking good near the English cottage garden.  We had another solid turnout of volunteers and most of the grounds crew was on site for some work as well.  Below are some photos from this morning. 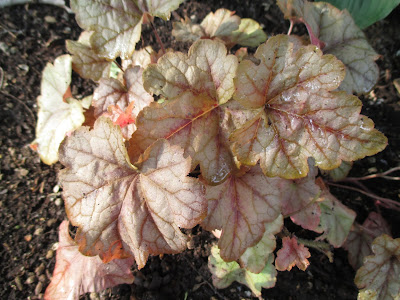 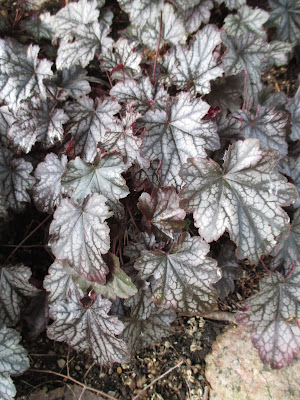 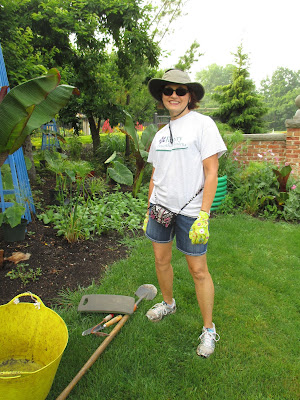 Our volunteer crew did a great job out in the gardens.  Barb (above) planted another 50 or so large tropicals in the Alphabet Jungle Garden and was joined later by Vicky for some serious weeding in that same space.  Directly below are Resa (left) and Cookie as they headed out to the North point garden which they tend so well.  The ladies tidied up and helped with some work in the Smelly Garden and surrounding areas as well.  The second photo shows Pat C. in action.  After some clerical work, Pat and I went out and inventoried labeling needs in the gazebo garden and a portion of the woodland walk garden.  We’re looking at label replacements, repairs and plants that need labels too.  This is an ongoing process although we hope to get caught up this year!  Jenny was in to tidy up the hosta hollow garden (her assigned space) and later joined Kay (third photo down) with some weeding near the gazebo garden after Kay finished her two planting projects (one of which can be seen in the photo).  Bobby K. (fifth photo down) installed more sculptures and spent a good portion of the day helping organize the carpentry section of the Horticulture Center.  Pat M. came in for some projects and Bill O. did his mowing rounds.  Kathy and Eva (sixth photo down, Eva in red) continued their weed battle in the entrance garden and continue to make great headway.  We also saw Mary H. and Kathy P. tidying their area and Maury was around for multiple errands. I feel like I’m forgetting some volunteers but we sure had a great crew today! 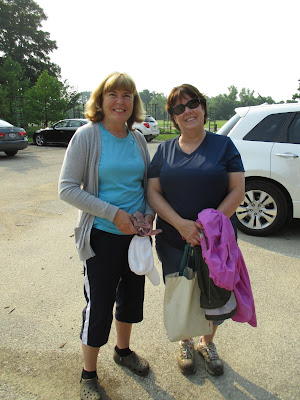 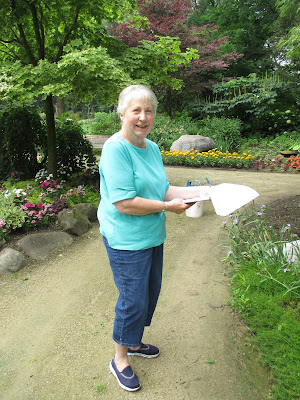 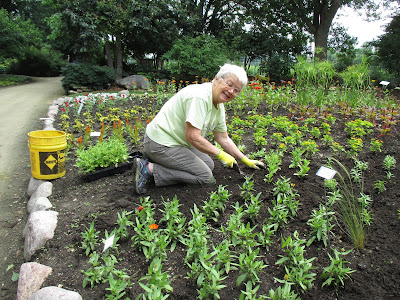 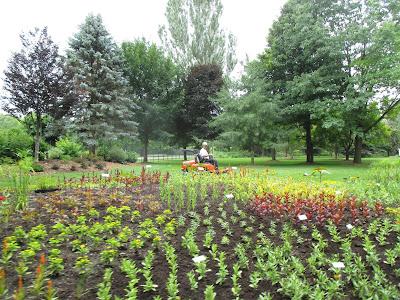 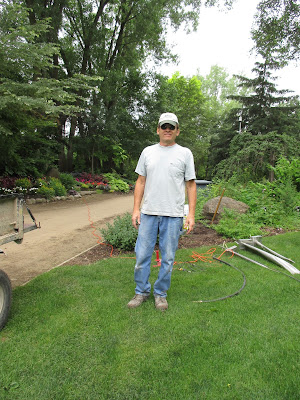 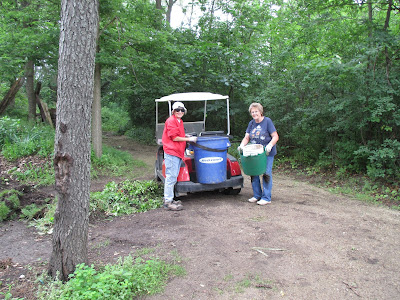 The grounds crew had a very productive day which I type every day in this blog.  However, they really had a diverse amount of work (and plenty of it!) that they churned through today.  Cindy focused her time on some terrace garden weeding and then more tidying in the Smelly Garden theme in the Nancy Yahr Memorial Children’s Garden.   That garden is really looking sharp (and smelling great)!  Cheryl had weeding in multiple “trouble areas” and some yard watering.  Janice had work at the Horticulture Center, out in the Thomas Jefferson Collection and myriad other tasks.  Big John planted, rototilled, removed a tree, checked water features and bounced between many duties as well.  Trevor did quite a bit of mulching today as well as some digging of a sumac (Rhus) that we wished we had never planted as the “root runners” are everywhere!  Nolan moved plants, weeded and did some major mowing.  I worked with Pat C. on label issues but had a day equally divided between garden work and preparing for the looming Home Garden Tour on July 11th.  Tickets ($10!) on sale now at K&W Greenery and RBG. 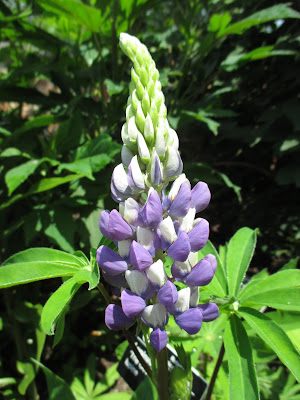 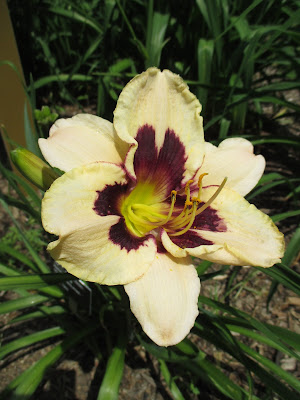 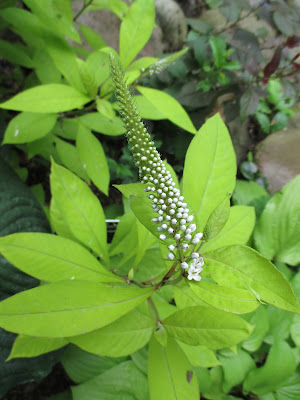 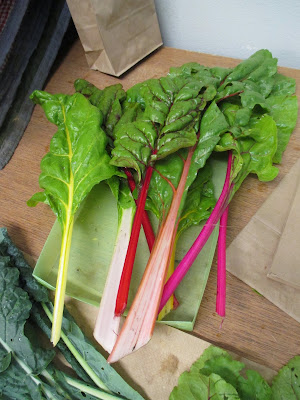 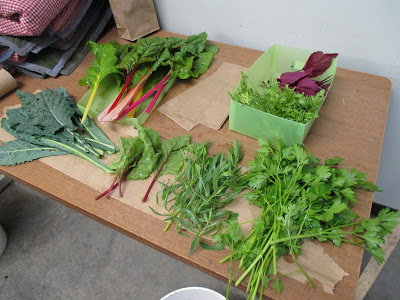 yummy harvest from the Thomas Jefferson Collection (collected by Janice) 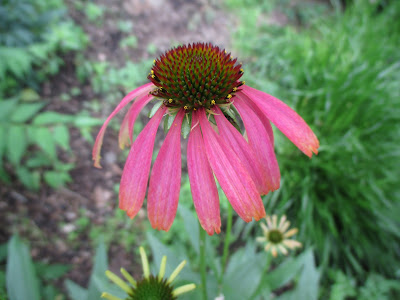