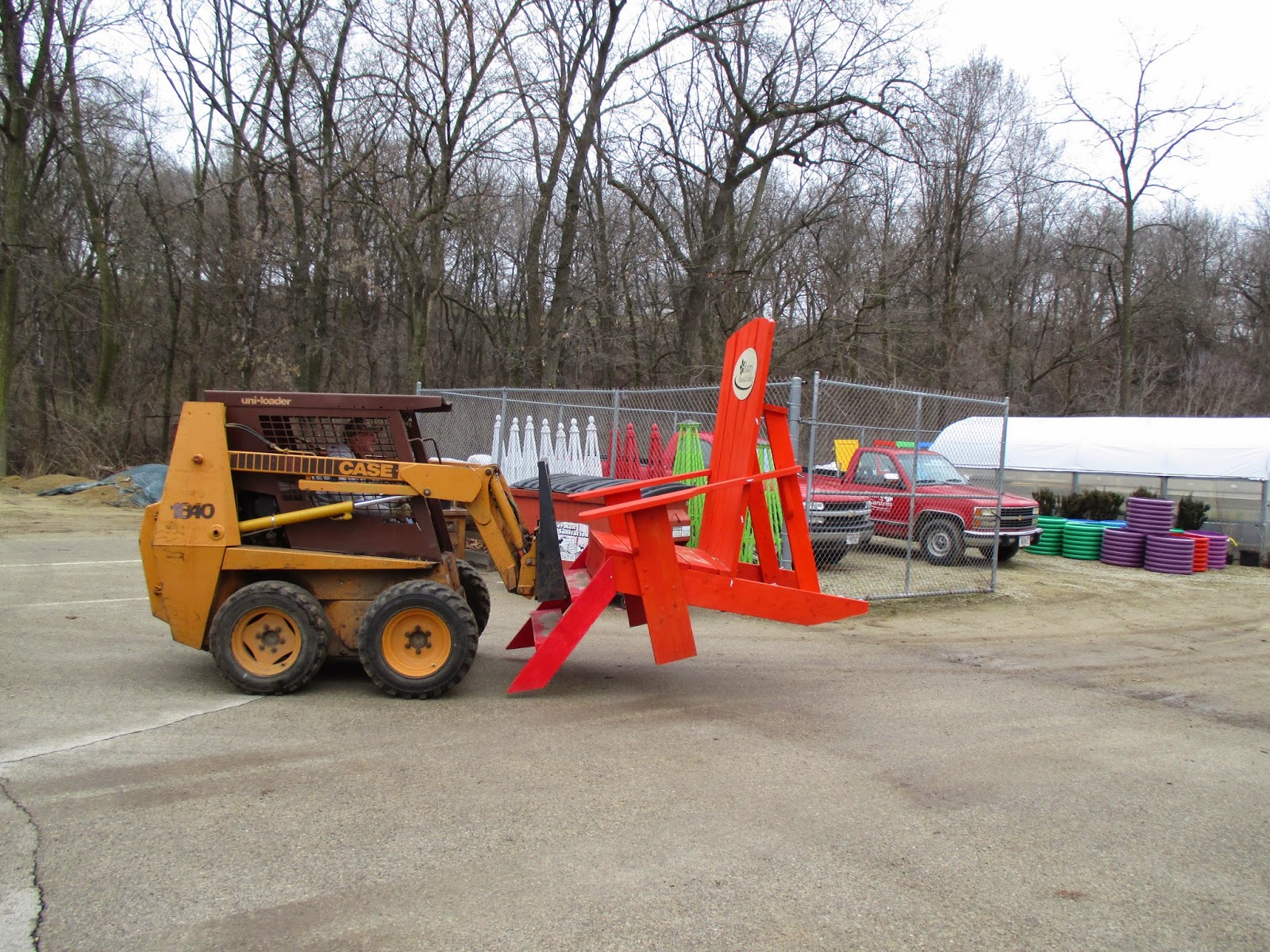 Today was overcast with intermittent drizzle, particularly in the afternoon.  I thought we would have a total rain out today but did have some dry periods that allowed for work out in the gardens.  We also had a full crew at the Horticulture Center. Above is Terry (yesterday) moving our second giant Adirondack chair back from the gardens.  Our two chairs were a hit at the Holiday Lights Show and will be repainted and brought back out as part of our Alphabet Jungle Garden theme (more on that in a blog next week).  The windows and doors seen below will also go back in to that lush and colorful garden.  Larry, Big John and Janice all had a wide range of tasks today including plenty of indoor work as the weather dictated.  John went on a major shopping spree for garden equipment, fertilizer and supplies while Janice did a huge amount of work for the looming Spring Plant Sale on Mother’s Day weekend.

Bob C., Ron R. and Alan M. didn’t let the threat of rain stop them from getting some garden work done including composting and raking.  John and Larry were also out in the gardens for a bit and Urban came in for some afternoon pruning.  Gary B., Pat S. (new Grumpette) and Dr. Gredler had plenty of painting duties and were joined by Gene.  Ron Y., Dave, Jim, Vern and Bob K. continued with carpentry projects which includes the construction of more obelisks for the Spring Plant Sale and sales out of the Cottage Garden Gallery.  Vern and Bob K. were around in the afternoon as well.  Dick H. ran five loads to the dump and helped Maury haul supplies to storage.  Maury had other errands and Bill O. came in this afternoon to help out.  Gary S. worked on more labeling and Jenny E. stopped by to pick up more lists that she’ll translate and convert to new labels for incoming seasonal plants.  We also saw Rollie, Dr. Yahr, Ken C. and many others today.  The second image down shows our “indoor jungle” of elephant ears (Colocasia and Alocasia) and bananas (Ensete ventricosum ‘Maurelii’) that we’ve had inside since early October.  They are getting by but will thrive once we can get them outside and planted!  The remaining photos feature the very popular Thomas Jefferson Collection that was such a hit last year.  This is the second and last year of that collection out in the gardens. 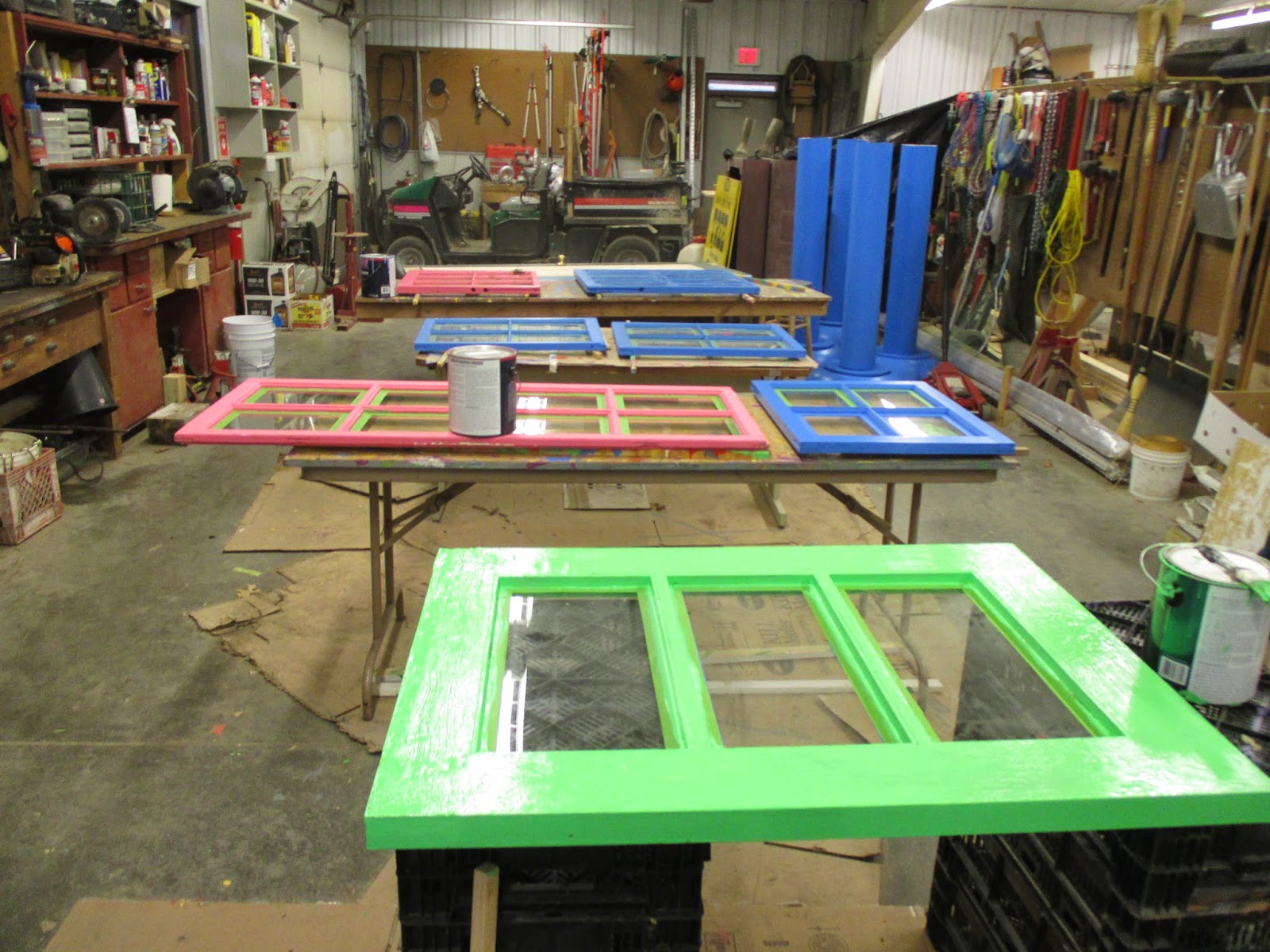 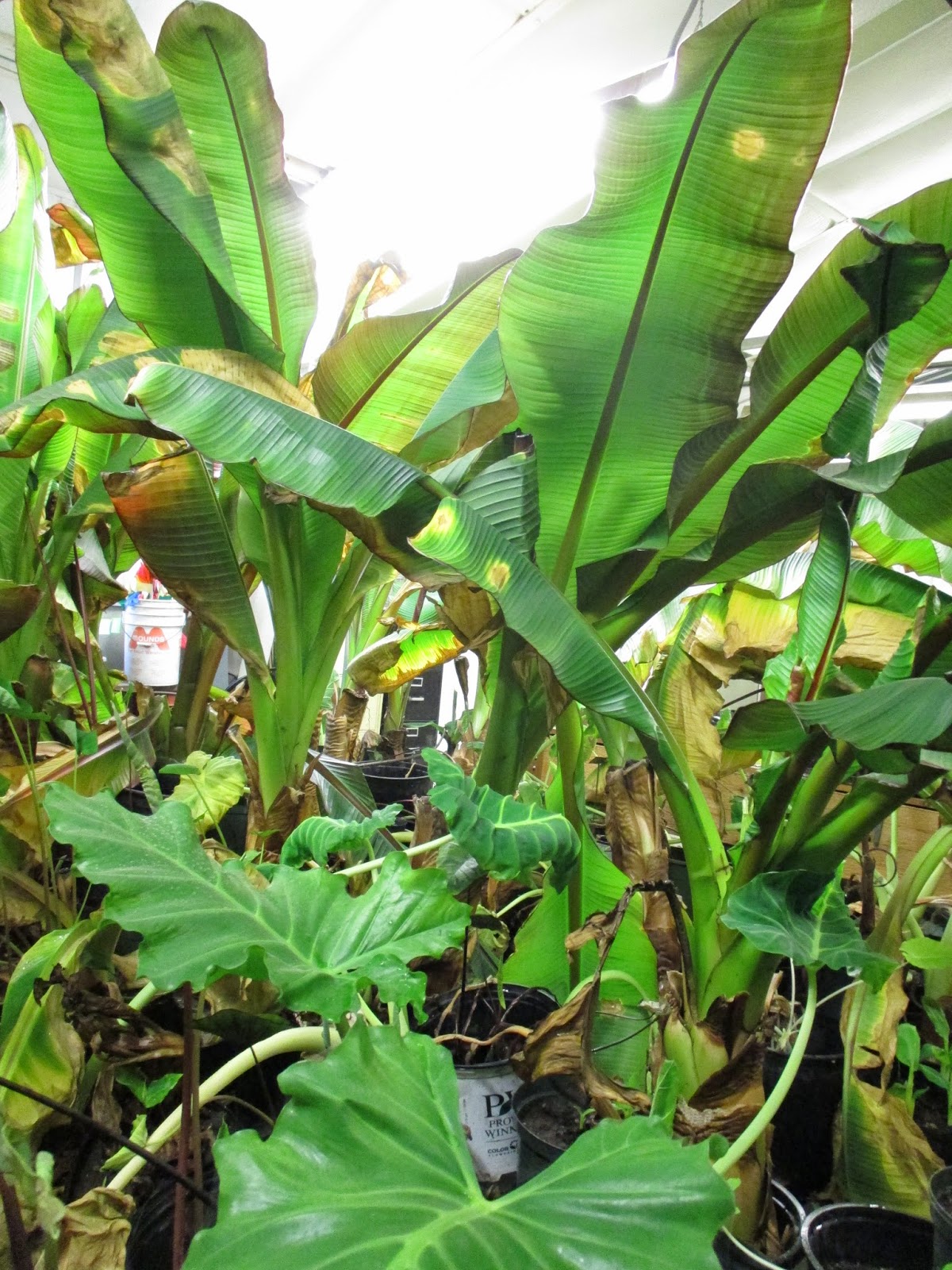 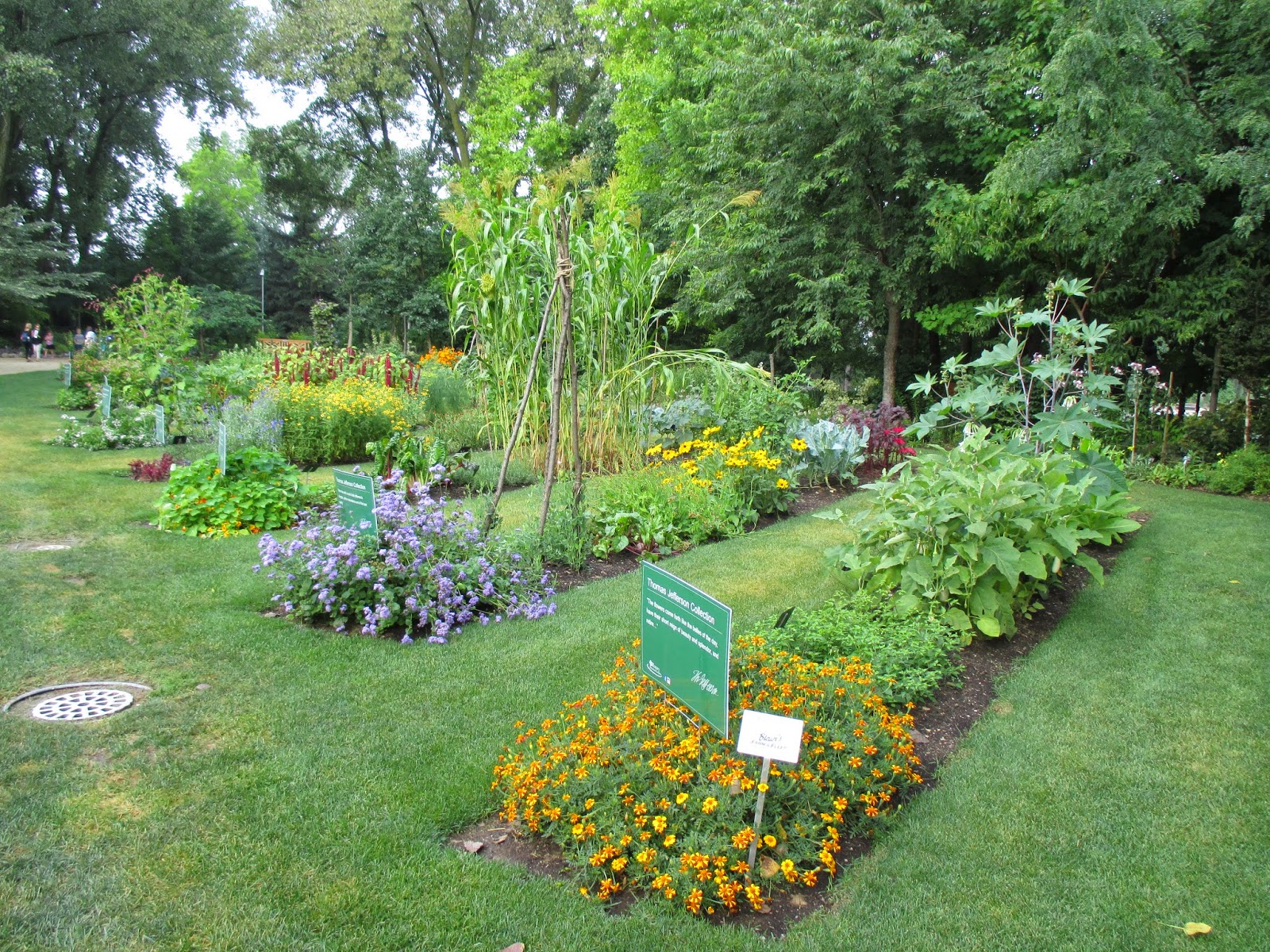 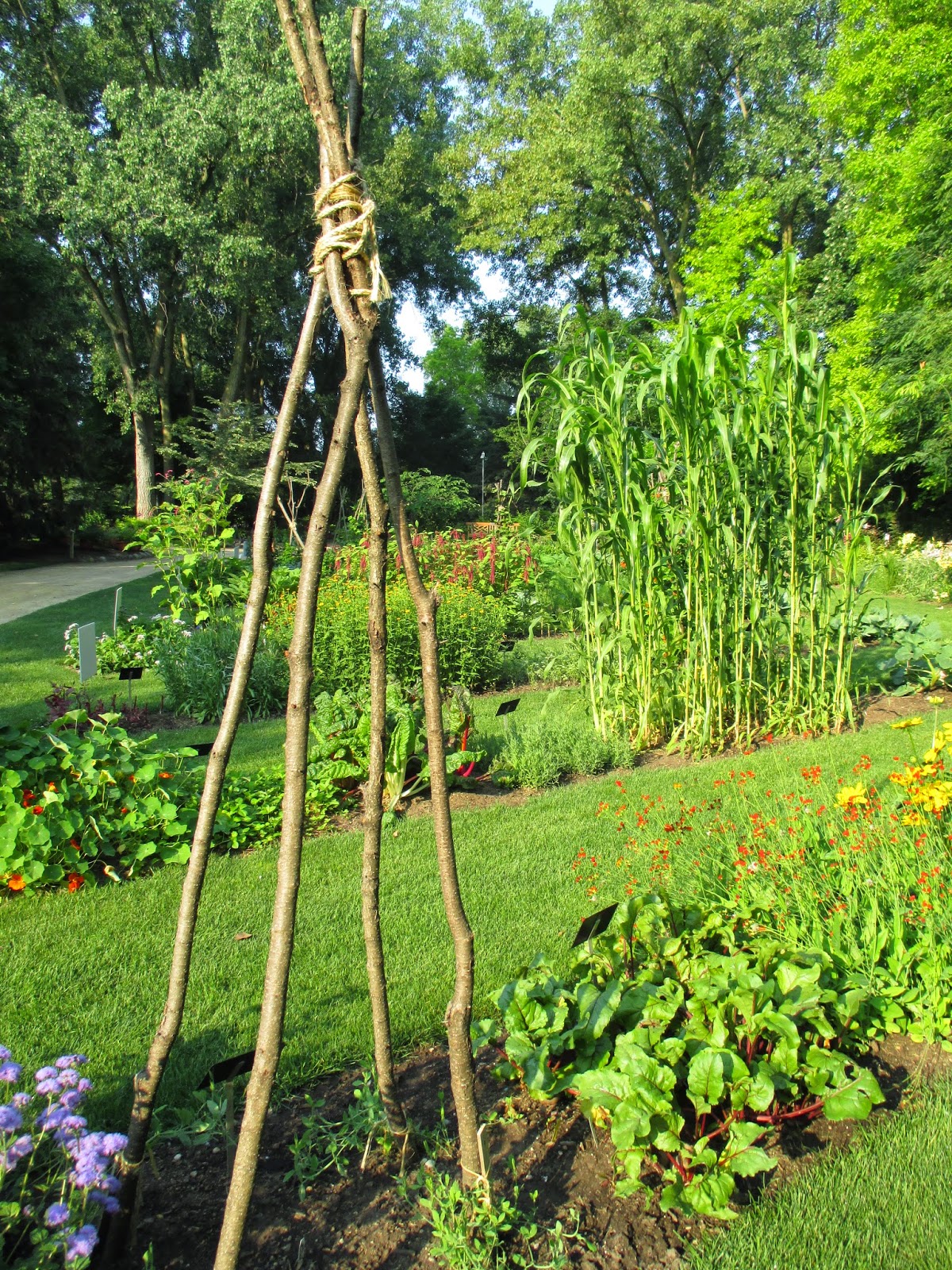 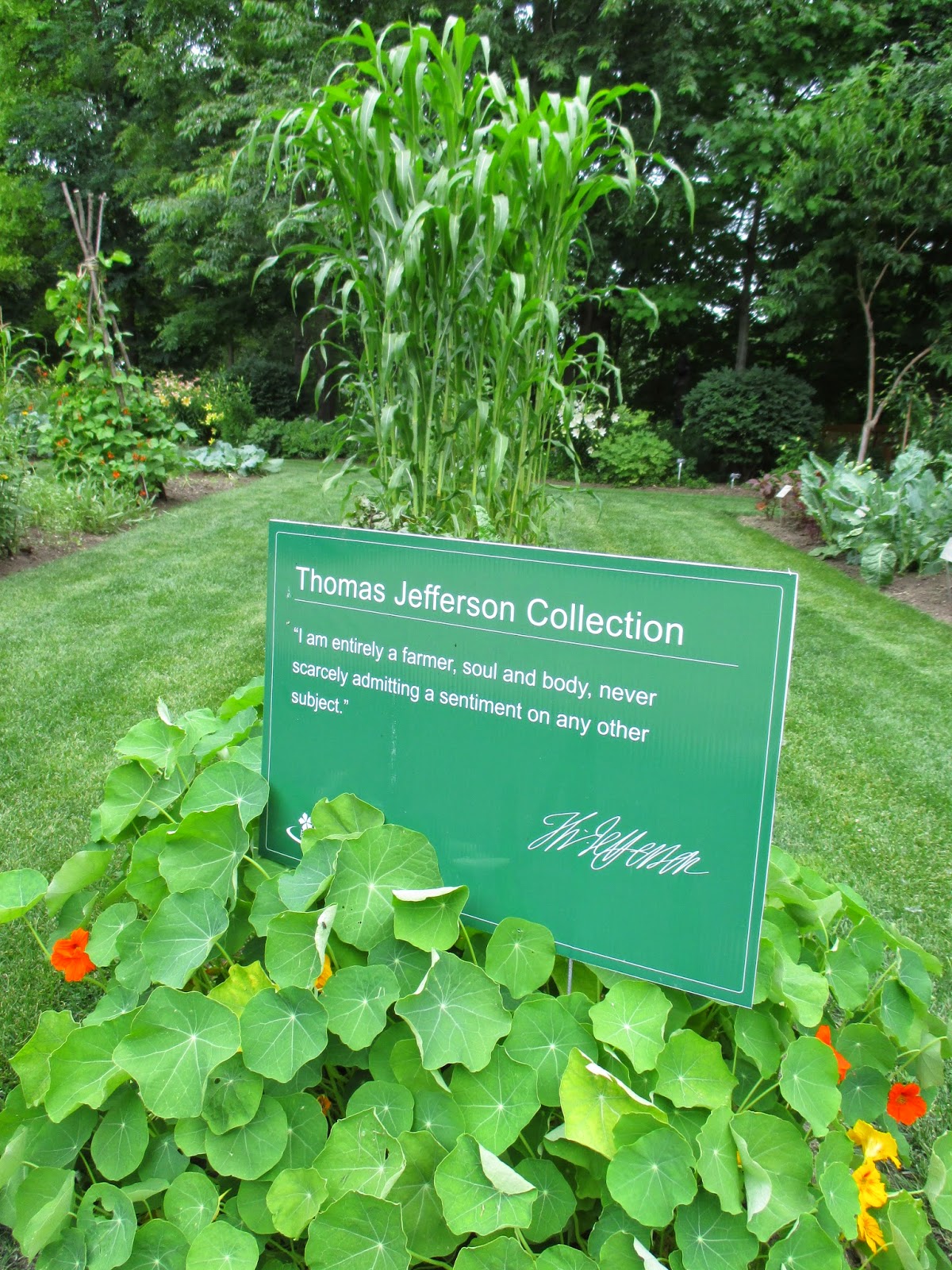 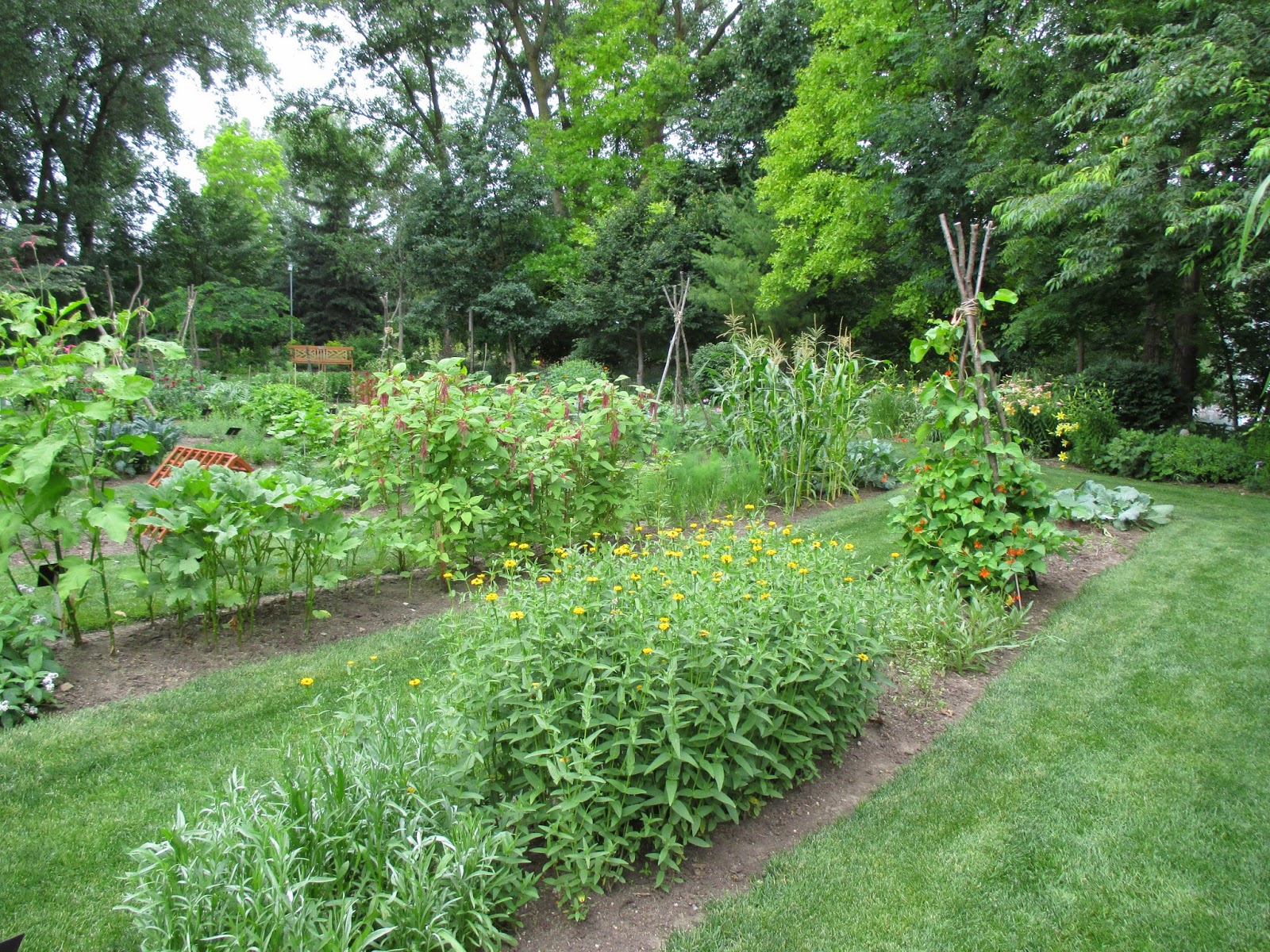 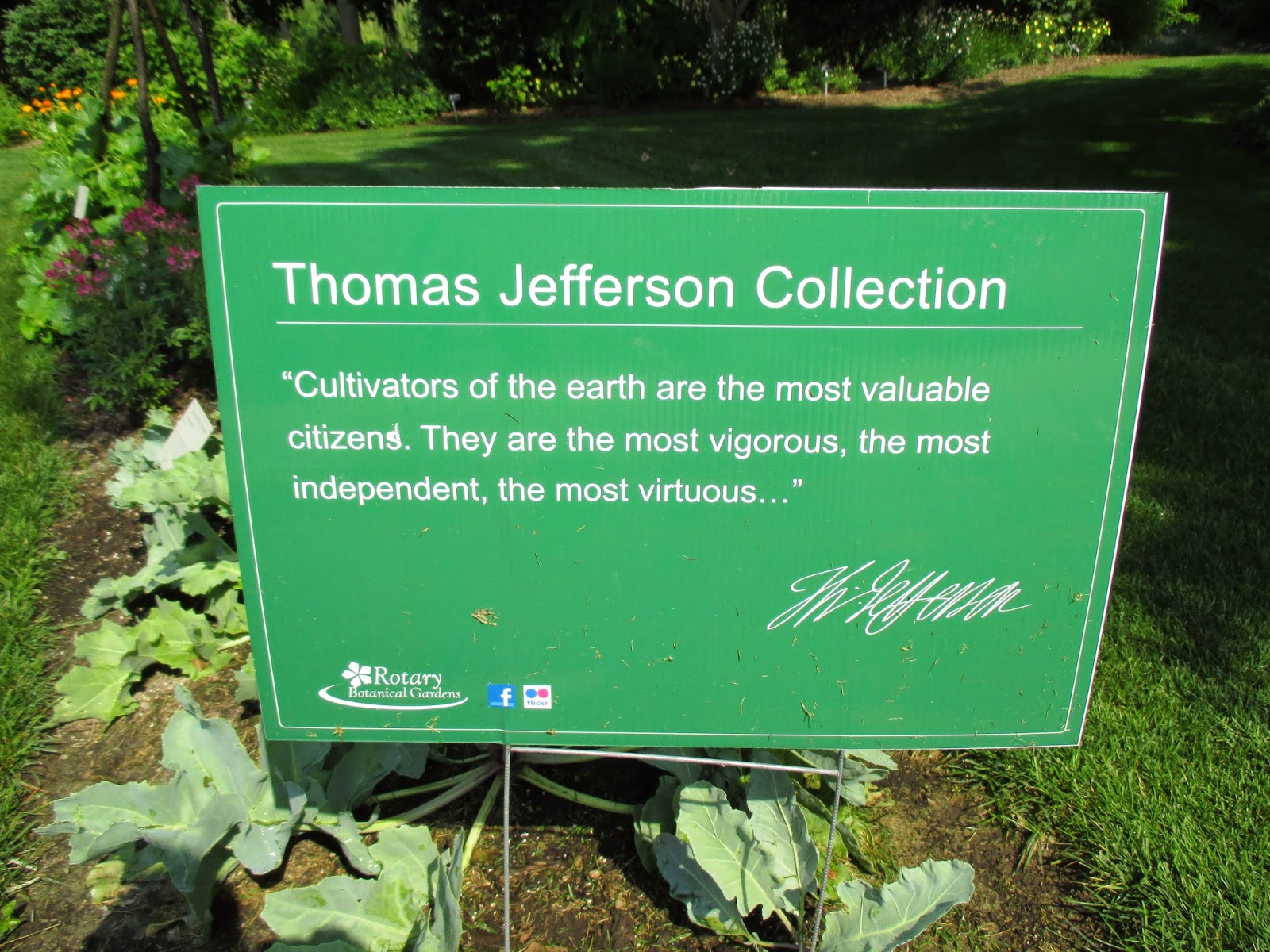 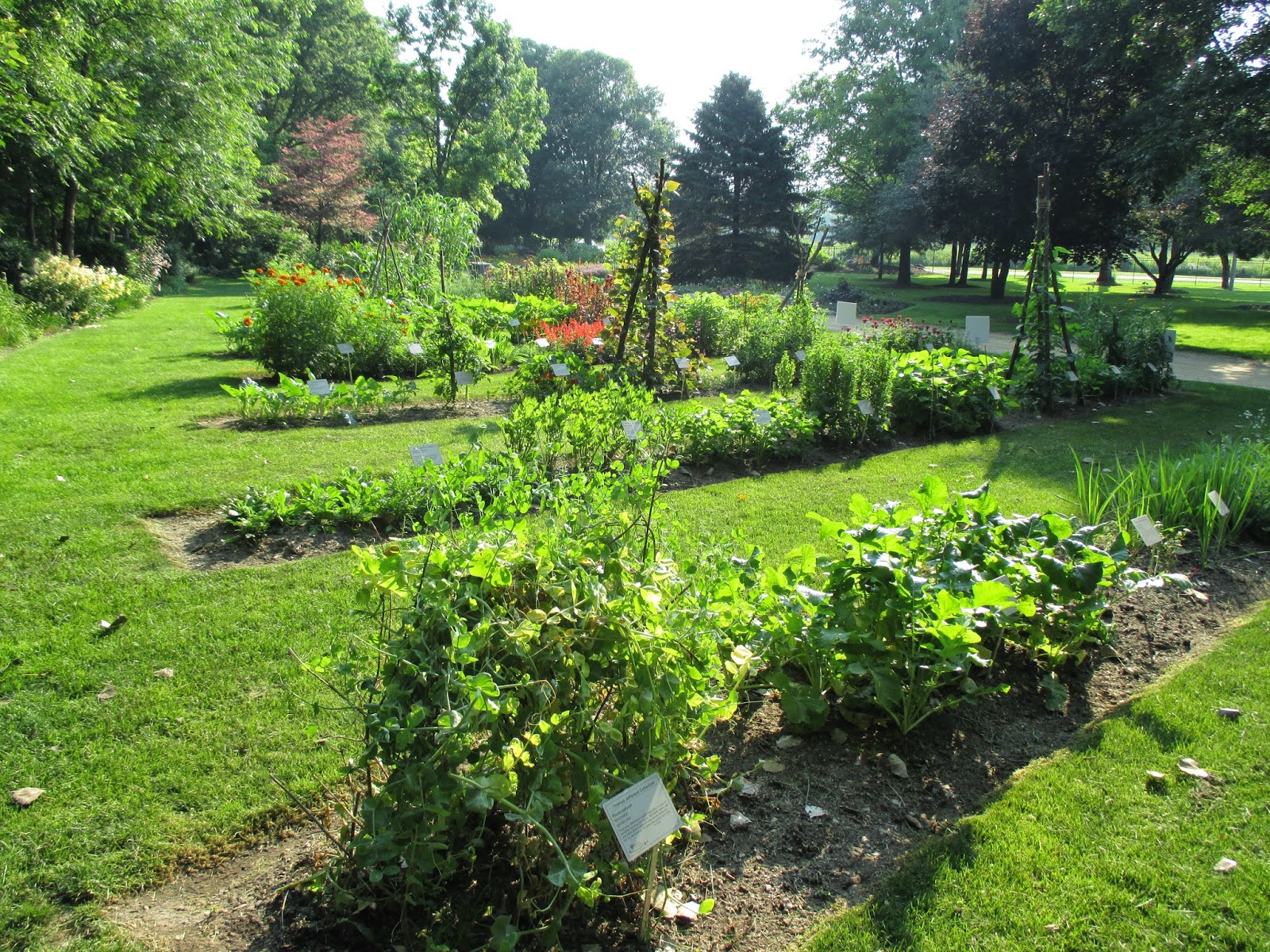 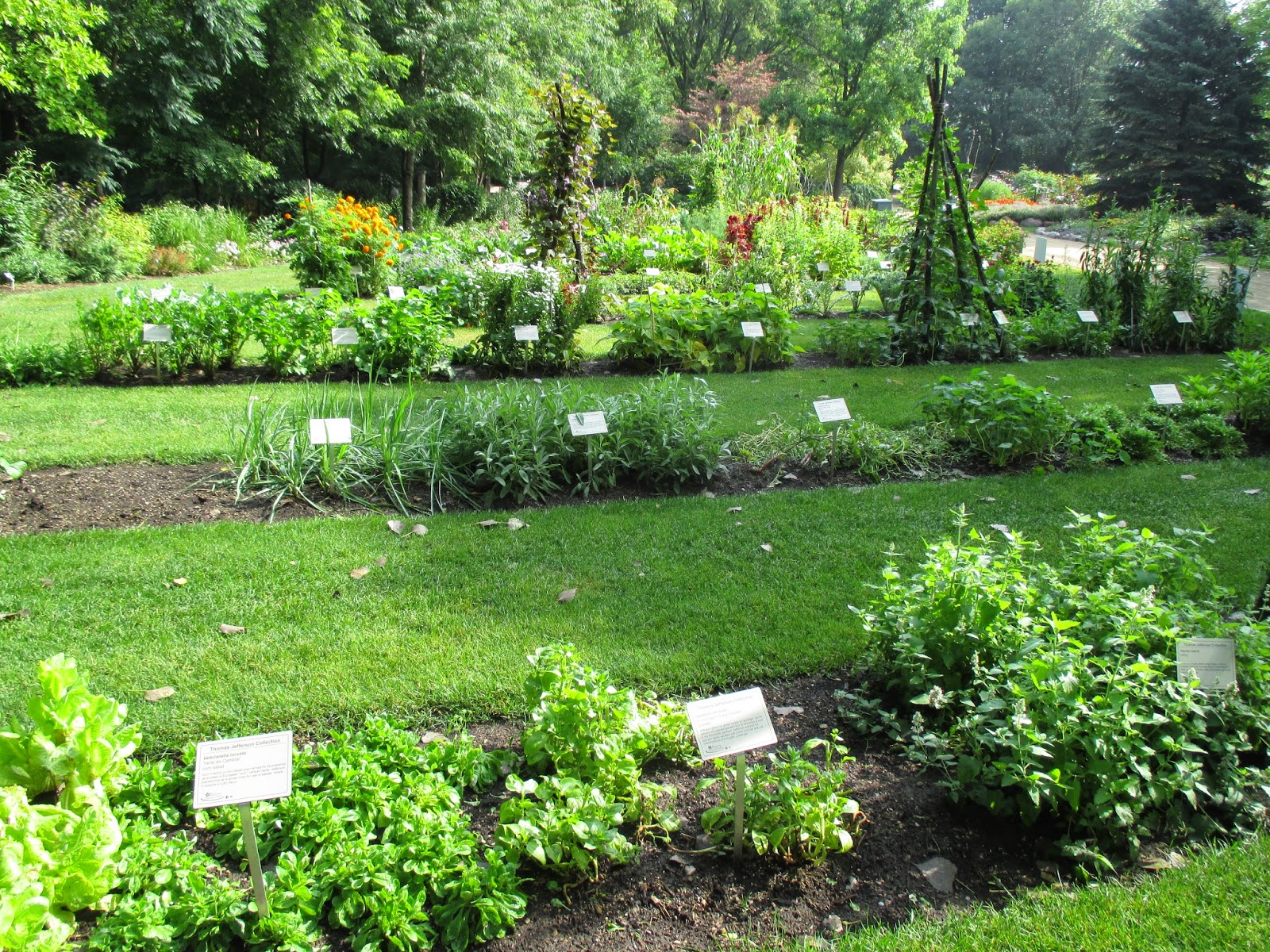 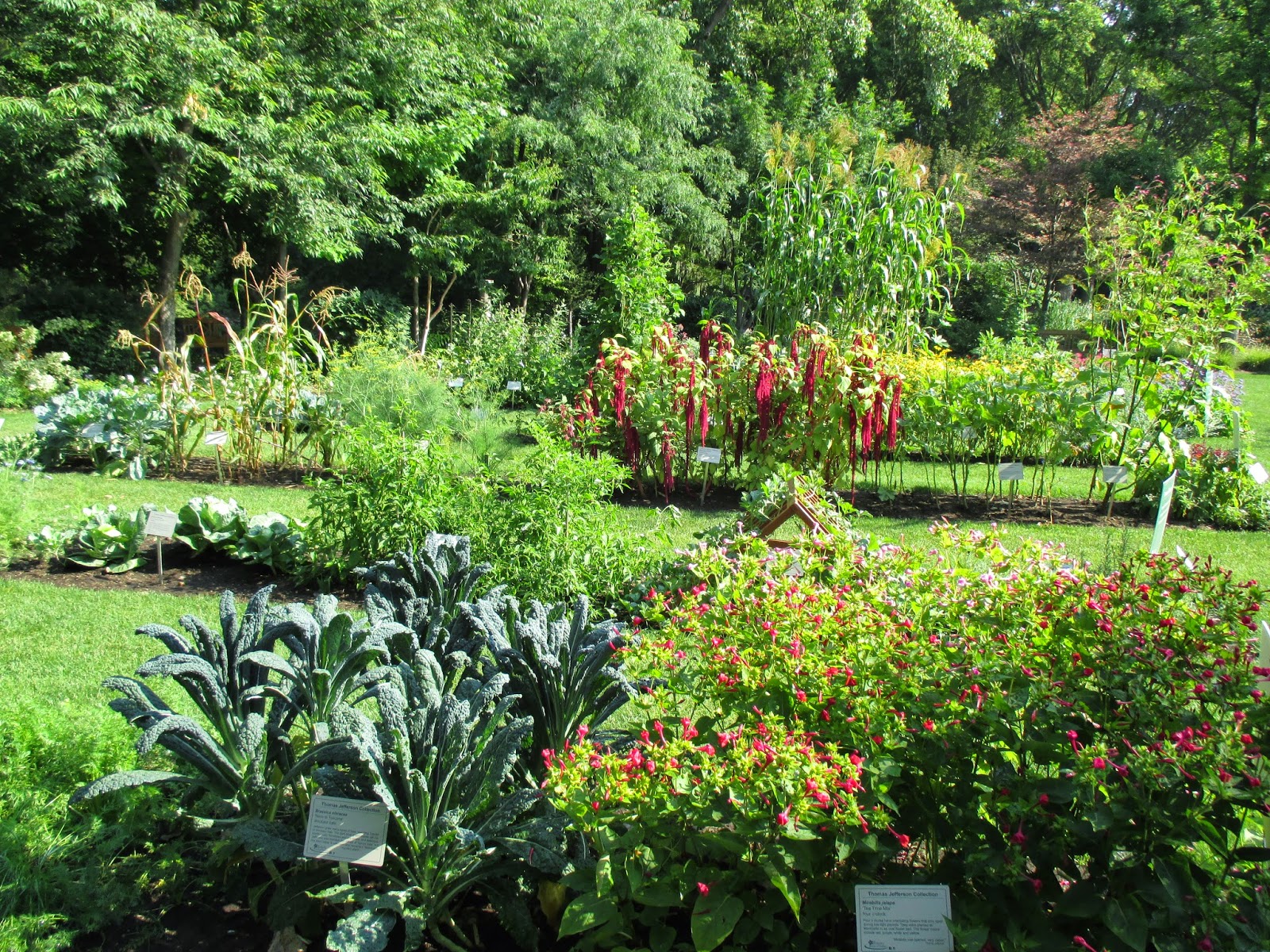 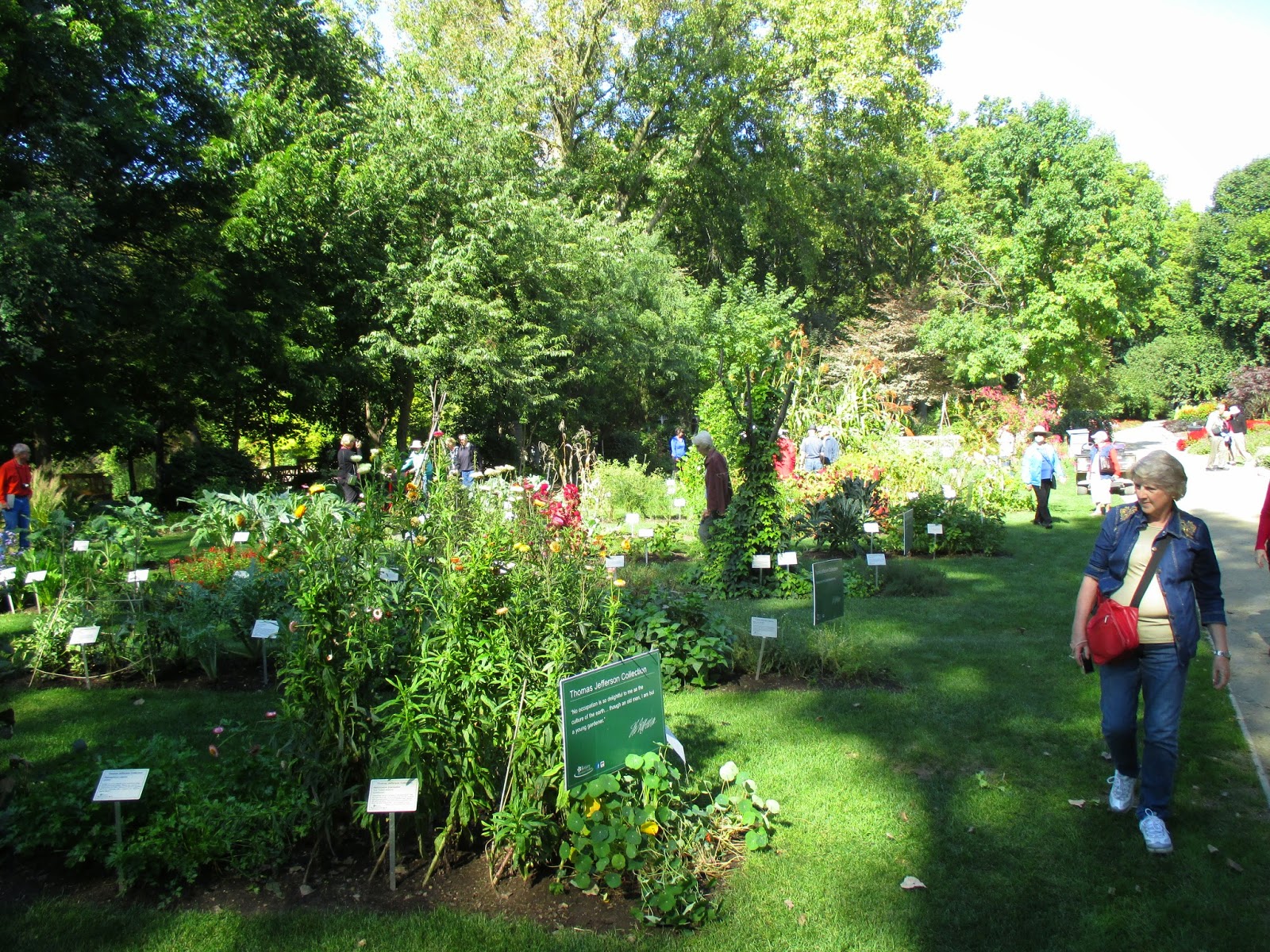 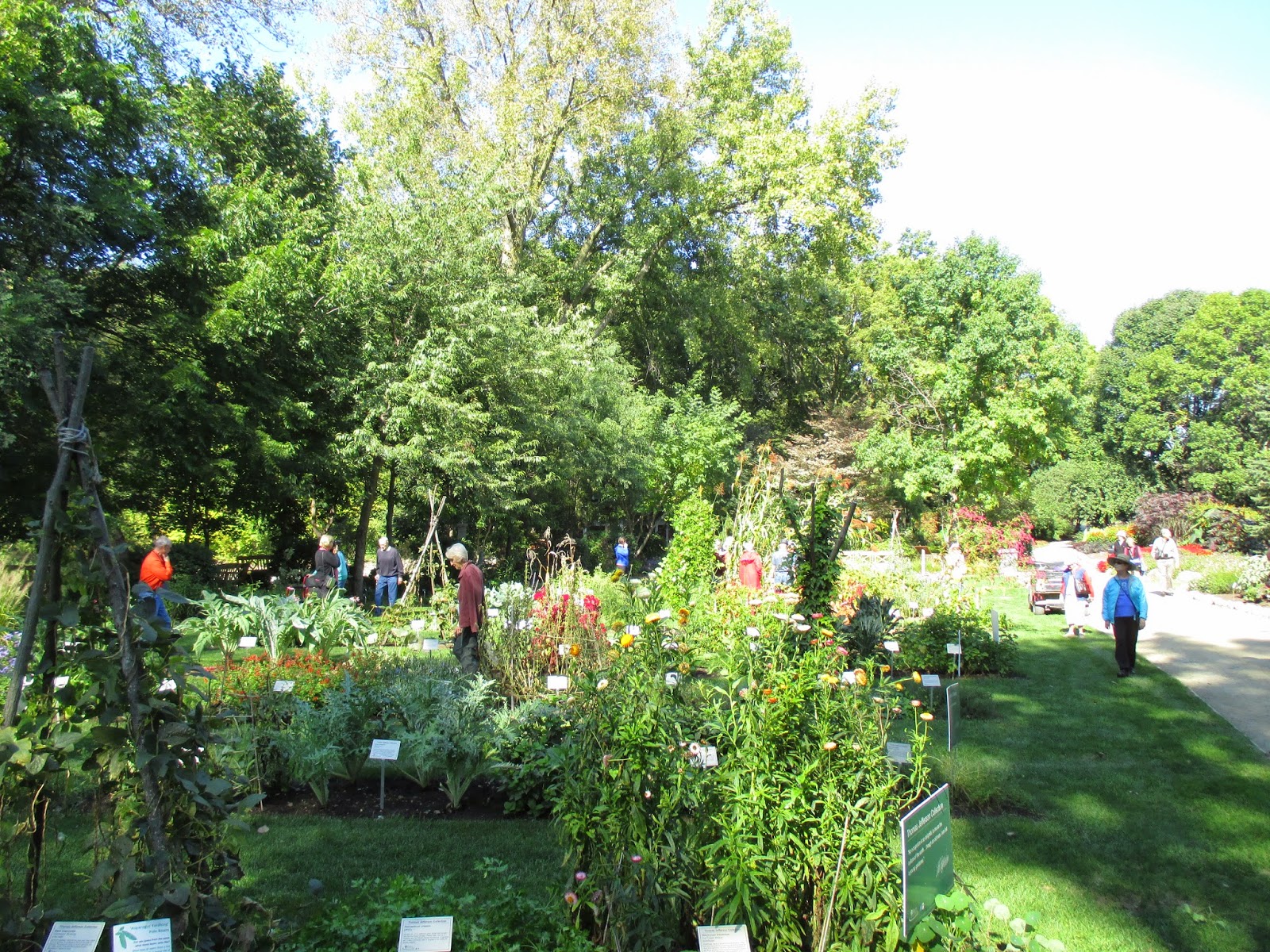 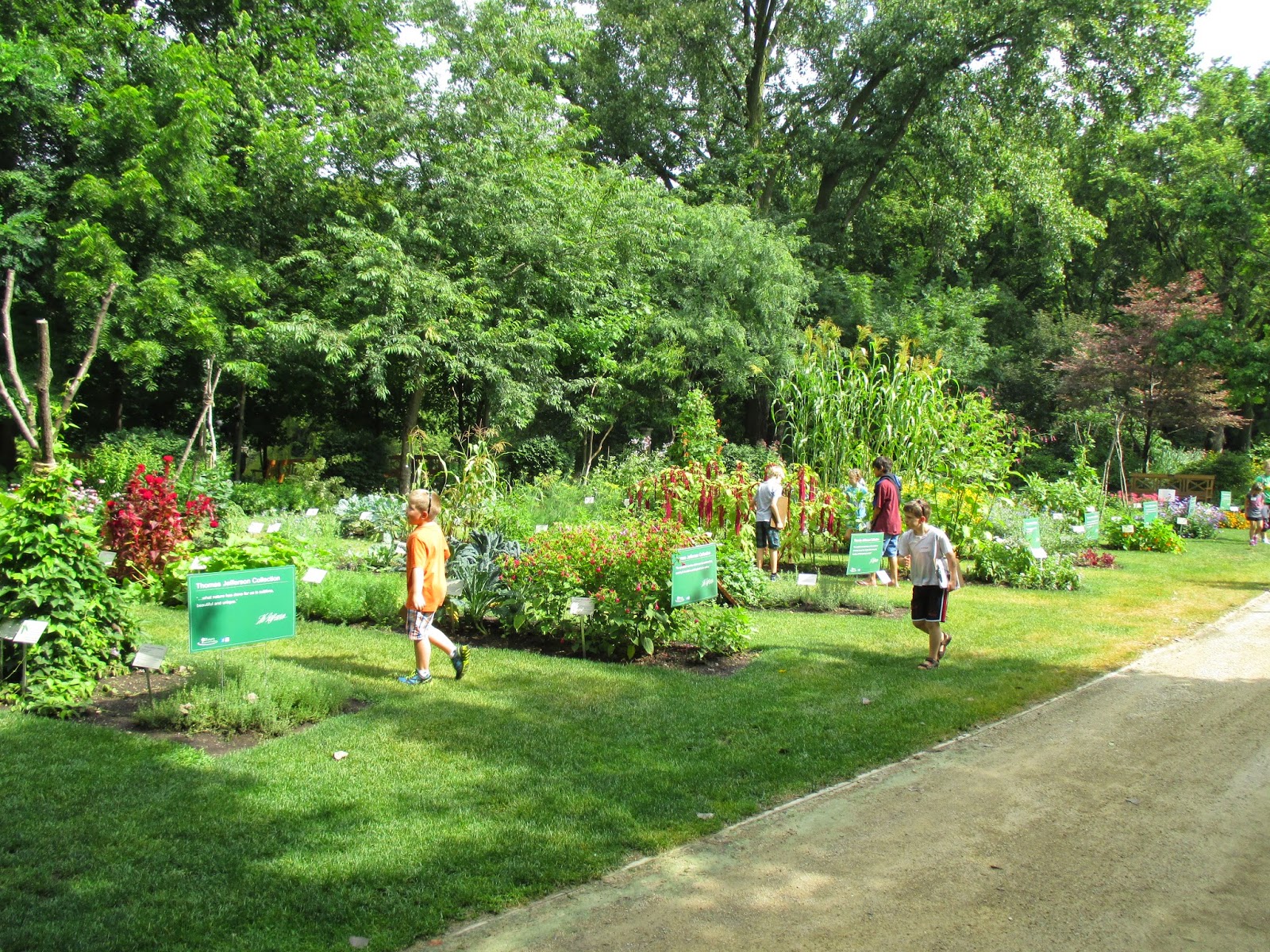 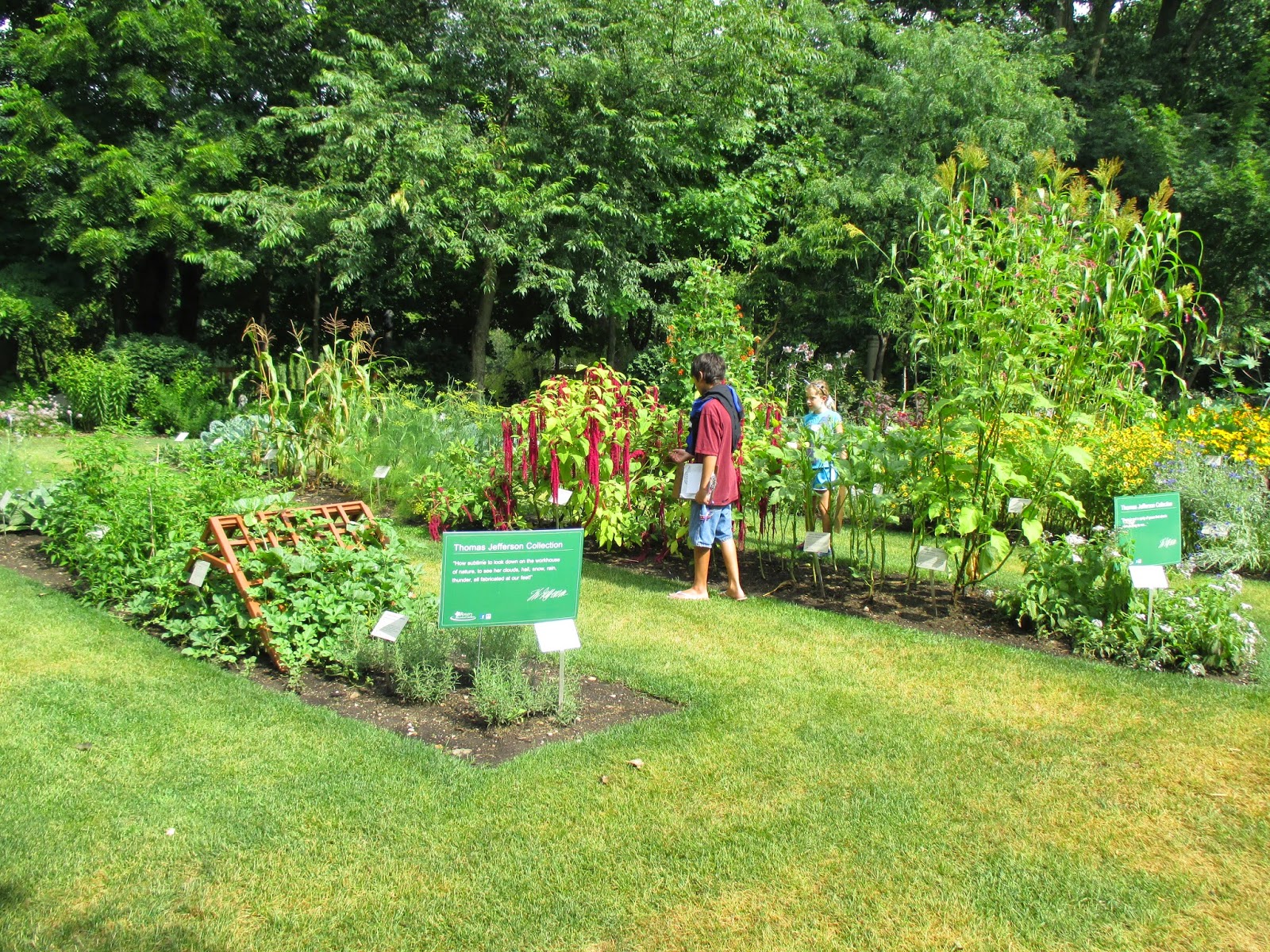 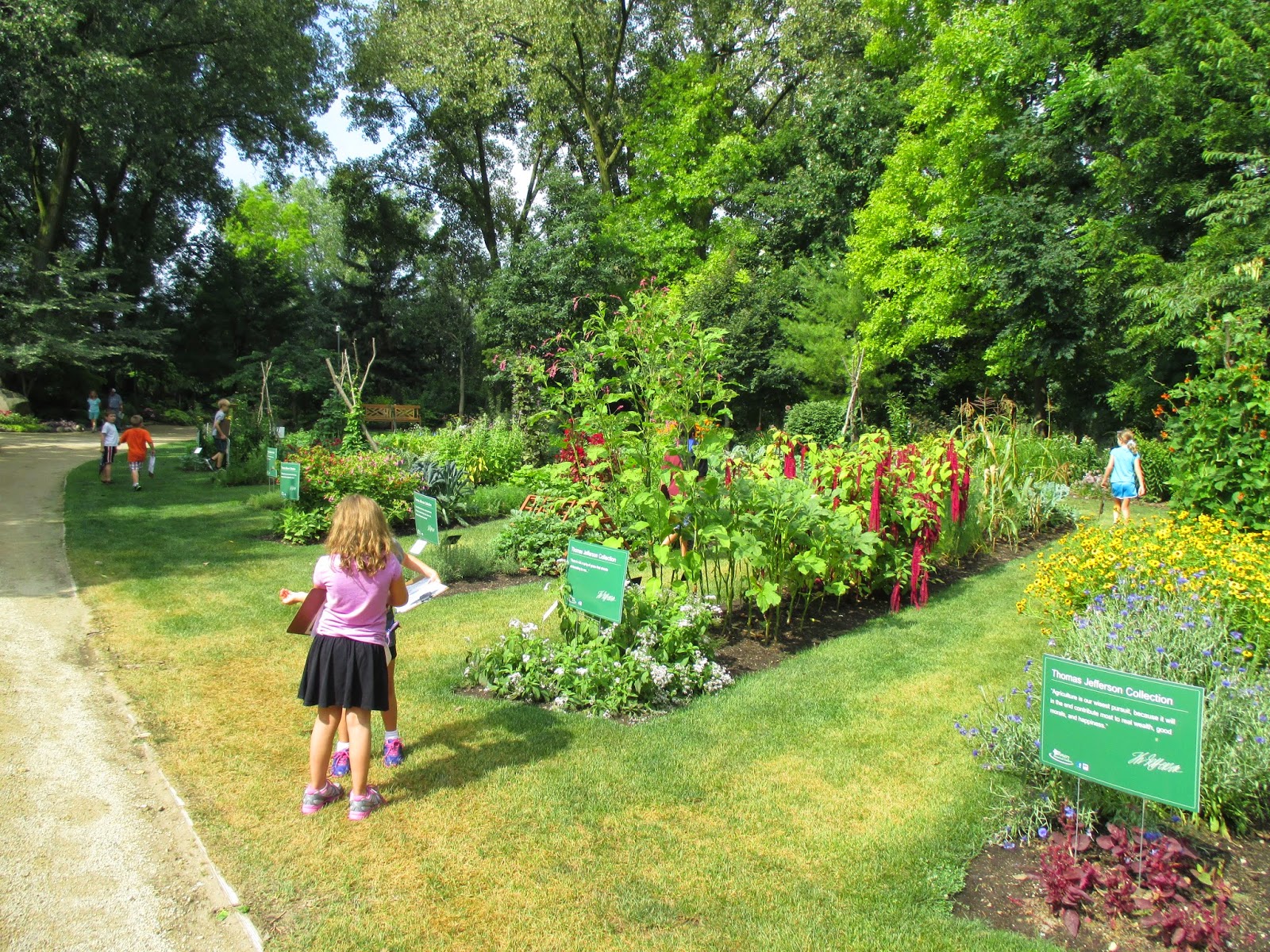 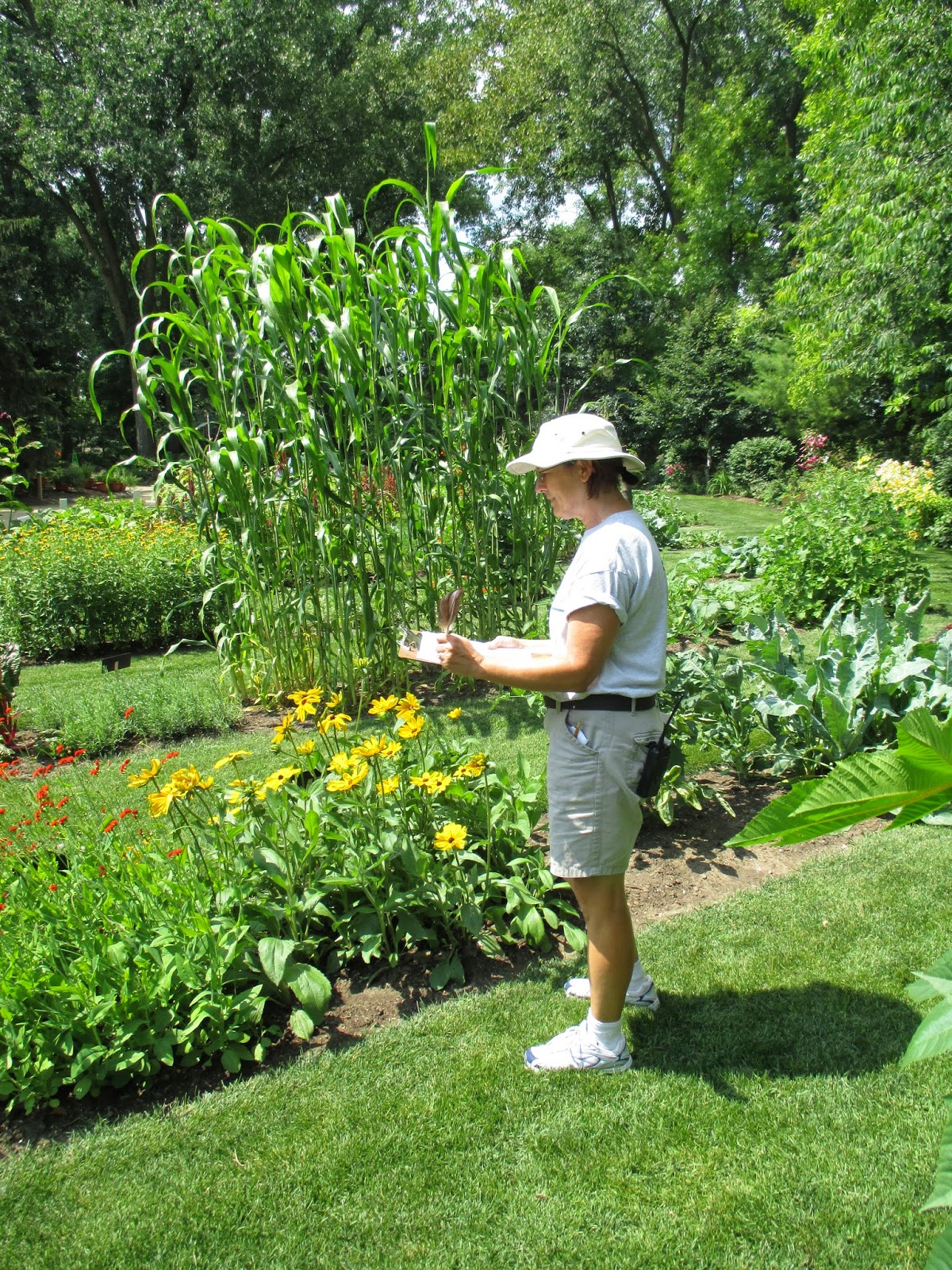 Janice P. above – This collection was her awesome idea! 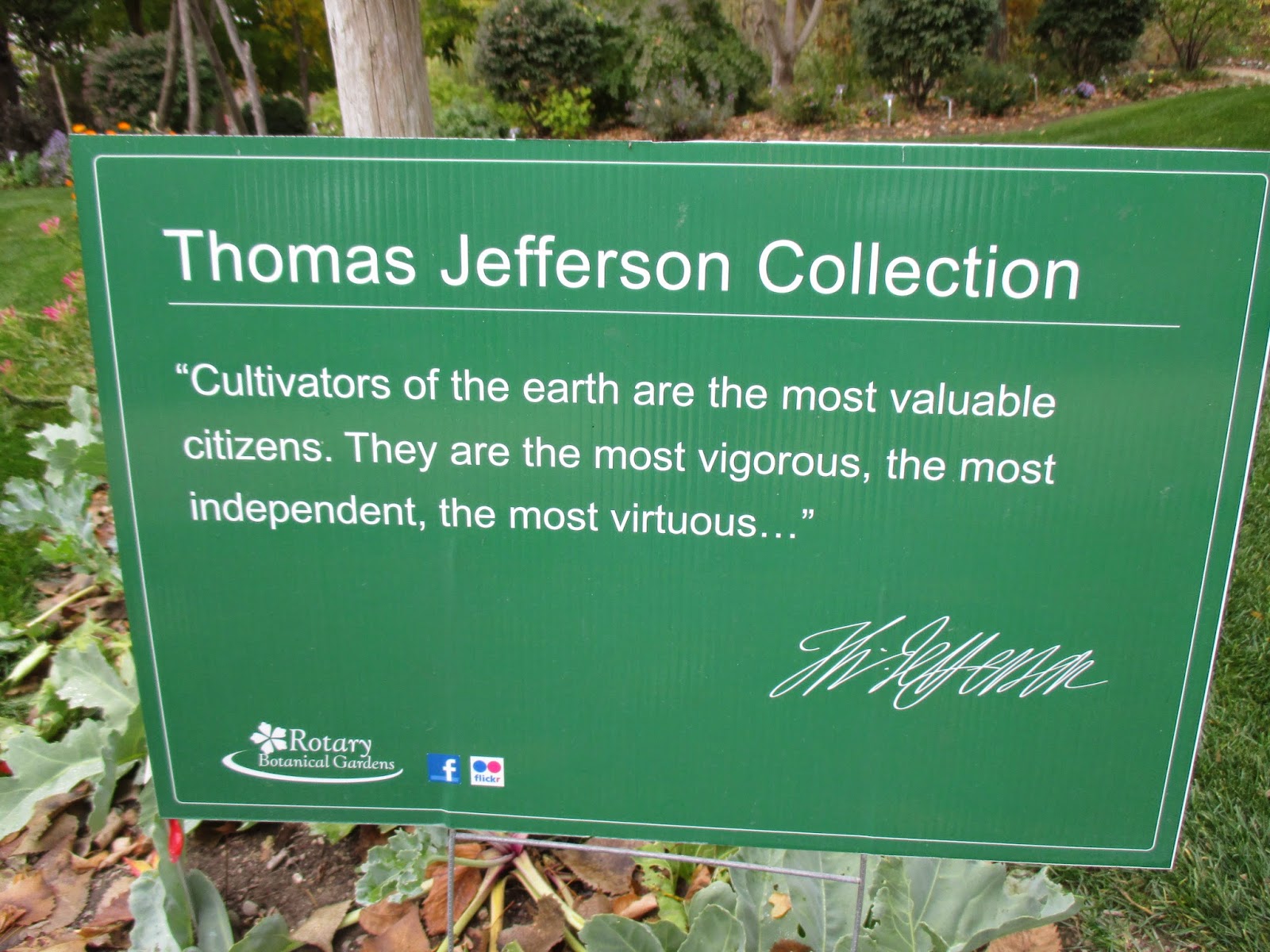