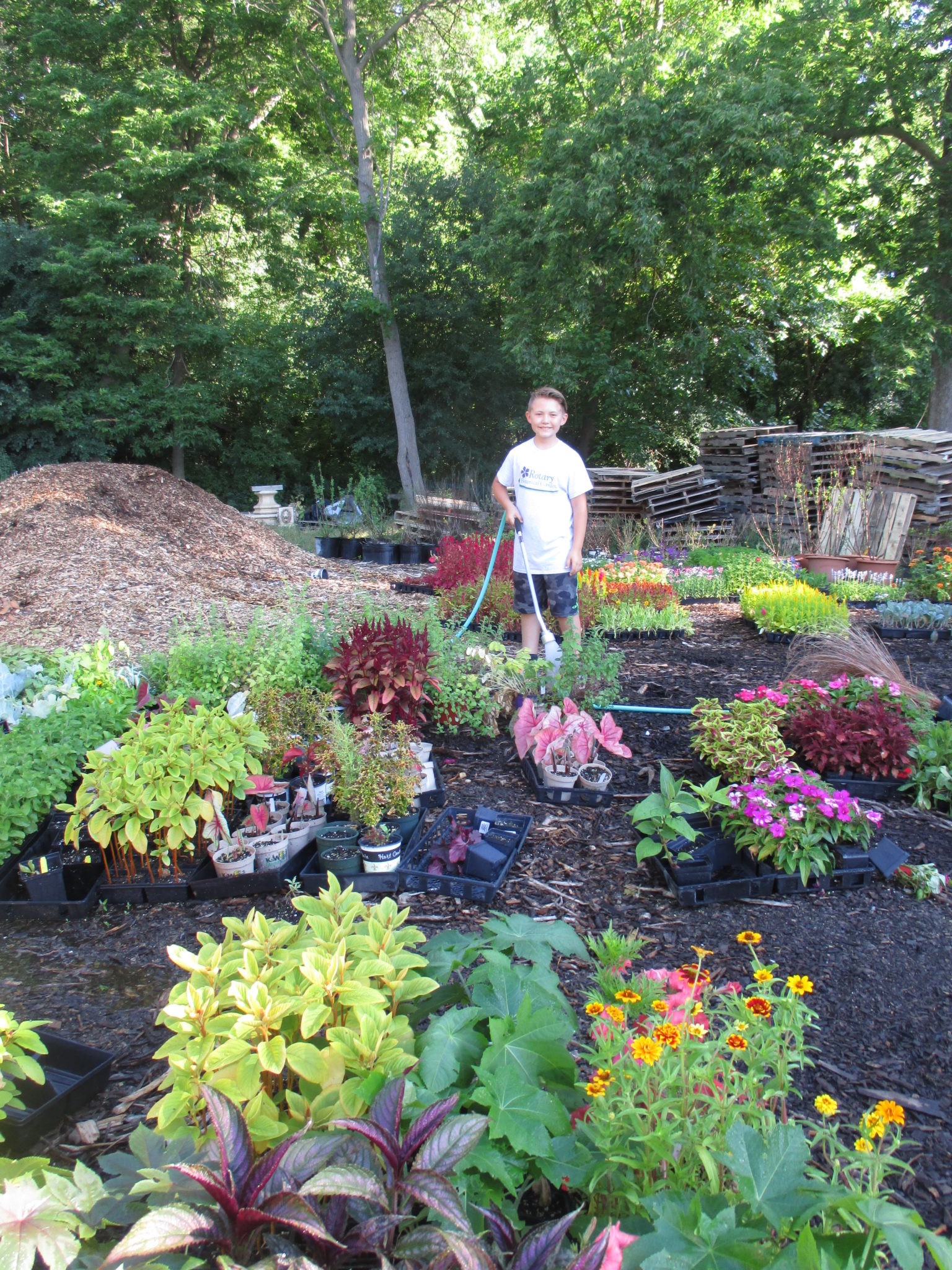 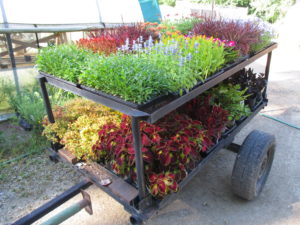 The cart seen above is one of three that I loaded up today to head in to the gardens.  We are 87.4% planted right now with a couple areas and pockets left to go.  We typically will plant in to early July simply due to the volume of plants (seasonals) that we install each year.  We also keep some plants in reserve for use “as needed” but we do see “light at the end of the tunnel”.  Any local blog readers are encouraged to come in this week to help plant and weed!  The weeds have had a good year and we’re shifting our focus to weeding in some areas that we’ve neglected due to the need for planting.  It’s a tough juggling act but we’re not strangers to this process.  It ended up quite warm today but the morning wasn’t too bad.  We had a great crew of volunteers and grounds staff on hand to help out.  There were quite a few visitors enjoying the gardens today as well.

Our grounds crew took the heat today and finished a lot of projects.  Nolan and Trevor started with some weeding by the Horticulture Center then split off for some other projects including air edging, bulb foliage removal and tidying inside the Giant Aquarium.  Cindy did some watering, major weeding in the terrace garden and continued primping the Hummingbird Haven.  Larry worked on plenty of weeding and mulching with some watering as well.  Big John and Terry watered, sheared more boxwood hedges (Buxus), installed a sign,  did more shearing, etc.  Bob K. was in for a couple projects and I kept hauling out more plants! 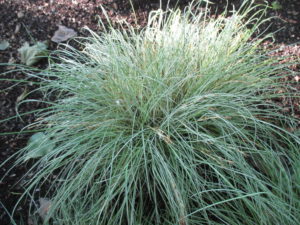 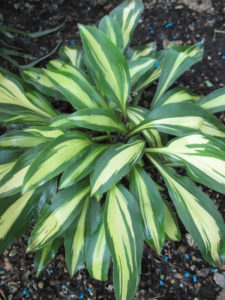 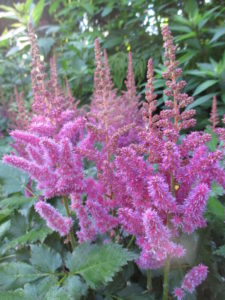 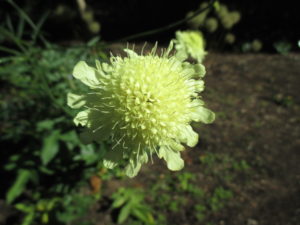 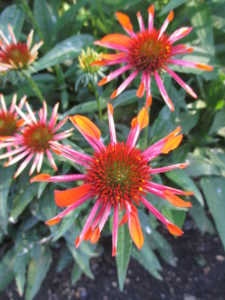 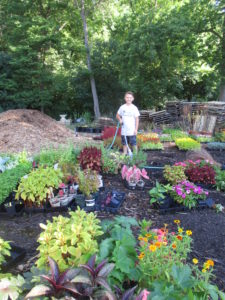 Our volunteers were excellent today.  Above is Hayden helping water along with Grandpa Larry O.!  The guys have been a good tag team with watering the yard plants over the last couple of weeks.  These guys also repaired an irrigation leak in the entrance garden.  Below are Lloyd (left) and Bob sweeping up debris which is a daily task!  Dr. Gredler and Rollie were in for mowing and Bill O. worked on a couple projects as well.  Stan and Kristin spent time in the Japanese garden while Kathy and Eva weeded our nightmare in the entrance garden.  Ken Z. came in later to continue our battle with the weeds.  Dick P. and Dick H. had projects as did Maury.  Steve, Jim, Ron Y. and Vern all had projects as well including the continued repair of our garden carts which were in need of attention.  We also saw Bev D., Gary S., Maryam, Rose N. and many others today. 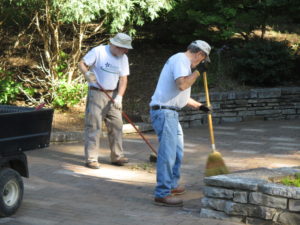 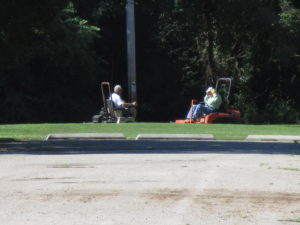 Meeting of the Minds (Dr. Gredler to the left and Rollie) 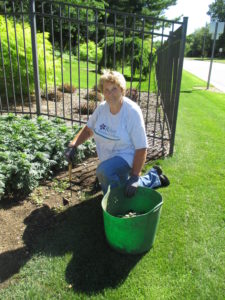 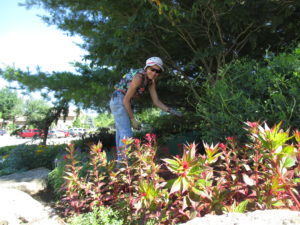 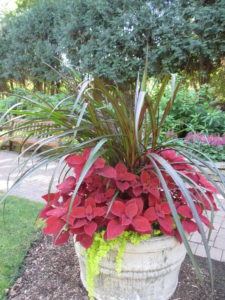 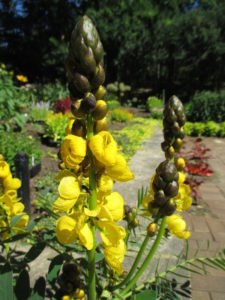 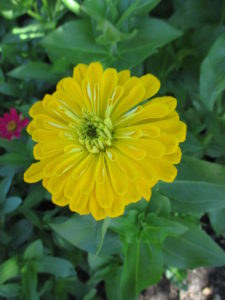 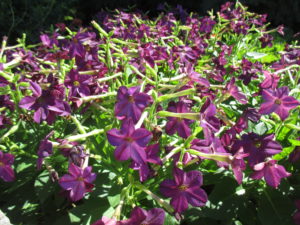 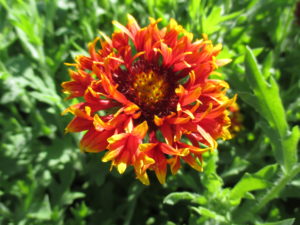 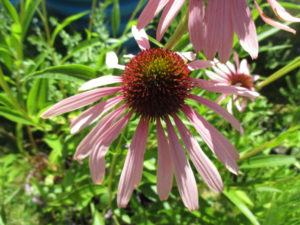 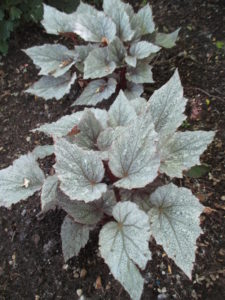