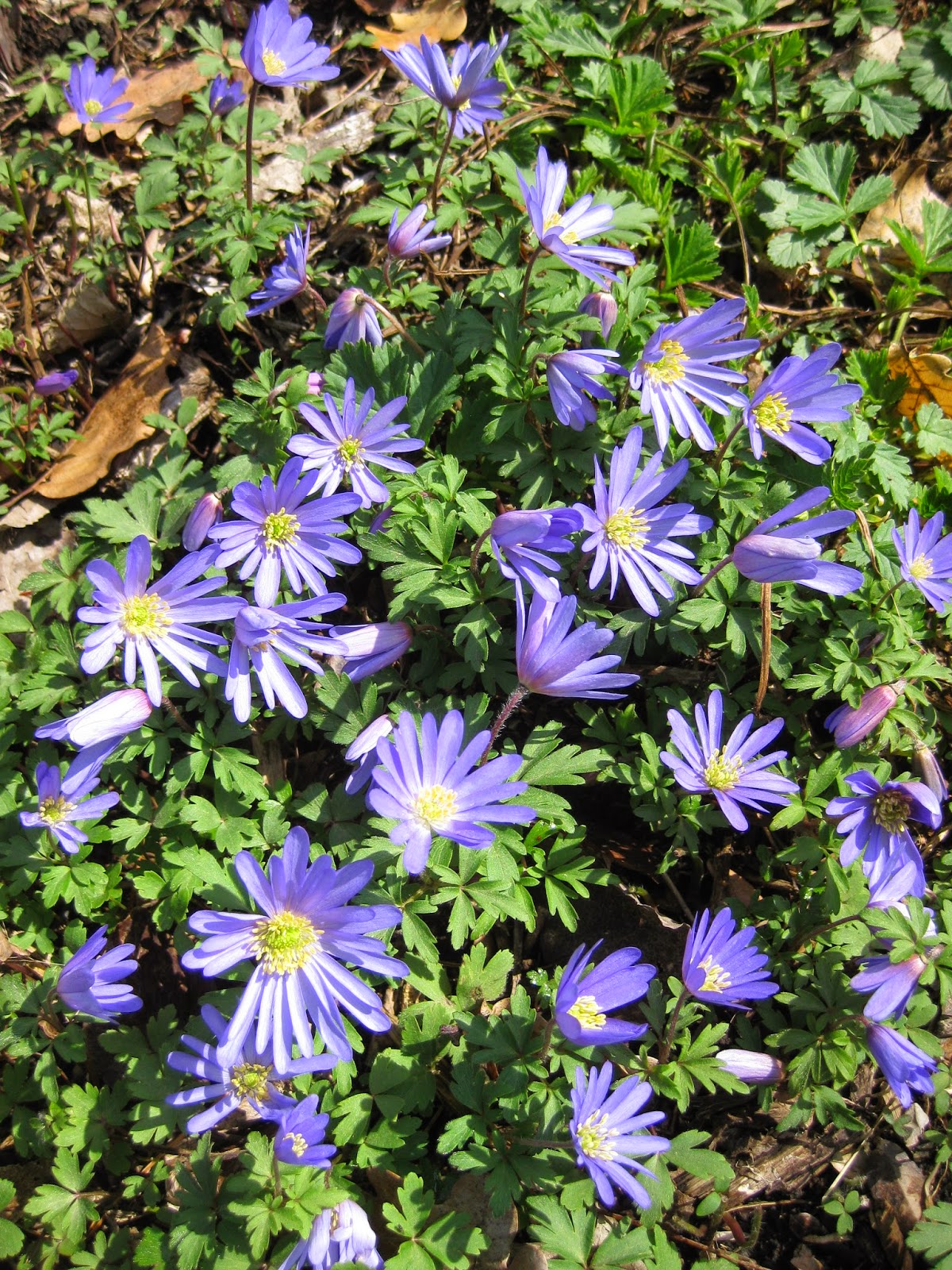 While it was a beautiful day with plenty of sunshine, the air was still crisp with temperatures only reaching the lower 30 degrees F mark. That didn’t dissuade Ron R., Urban, Pat M. and Alan M. from coming in to help out.  Ron continued cutting down ornamental grasses out in the gardens while Urban returned to more pruning duties.  Pat had some inside tasks and Alan worked on some painting. Alan also helped me and a delivery guy unload and push around 15,000 lbs of potting soil on pallets.  That was a work out.  Kay was in to peel more Spring Plant Sale labels (I think she’s working on our excellent selection of tomatoes…check out our website for plant lists!).  Janice and Patrea worked on some projects and we also saw Cindy, Dick H. and many others.

Windflowers, also called Balkan anemone and Grecian windflower, are one of my favorite fall planted bulbs (actually corms) that herald the arrival of spring.  Native to Southeastern Europe, they are certainly hardy for us and will spread and colonize in an agreeable fashion.  Ours will be blooming in the next 3-4 weeks with a color range of blue, white and pink.  Oddly enough, we don’t have any pink ones but we have some large patches of both the blue and white forms that have naturalized over the years.  The bulbs (planted in October and November) are quite small and can be planted 2″-3″ deep.  Some folks will soak the bulbs overnight before planting but we never have bothered and plant them directly.  Blooming plants in late April and early May (in our area) are under 6″ tall with lacy foliage but have large flowers up to 3″ in diameter.  Windflowers are excellent candidates to be installed under a deciduous canopy.  These bulbs are getting ample light when they bloom which is before that overhead canopy fills in to create shade.  The anemones go dormant as the shade increases and they enjoy a dry summer dormancy.  They are inexpensive and can be mass planted in drifts, combined with other bulbs with a similar bloom time and are attractive to early pollinators as well.  Enjoy the images as it’s impossible to take a bad photo of these photogenic spring bloomers! 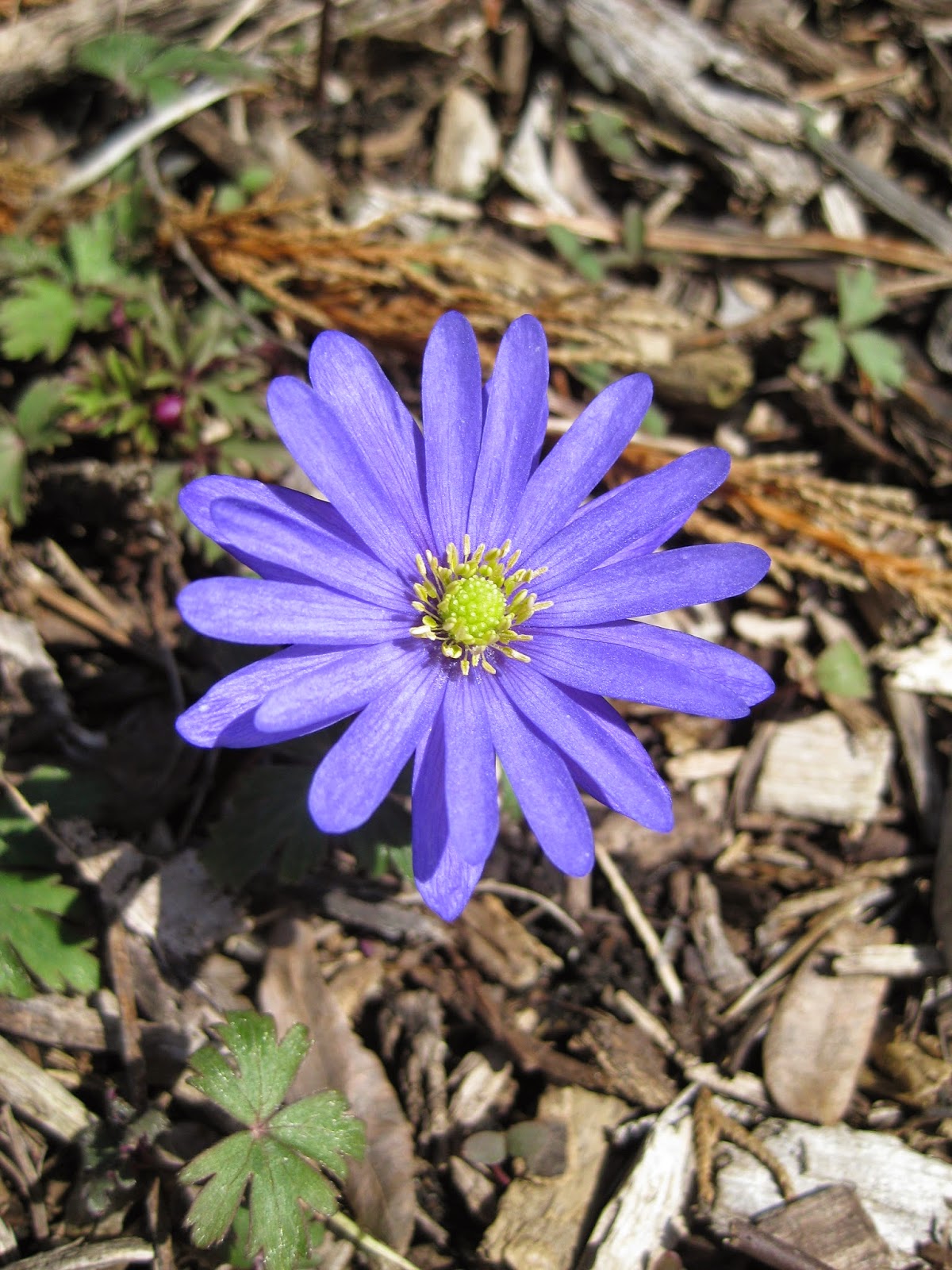 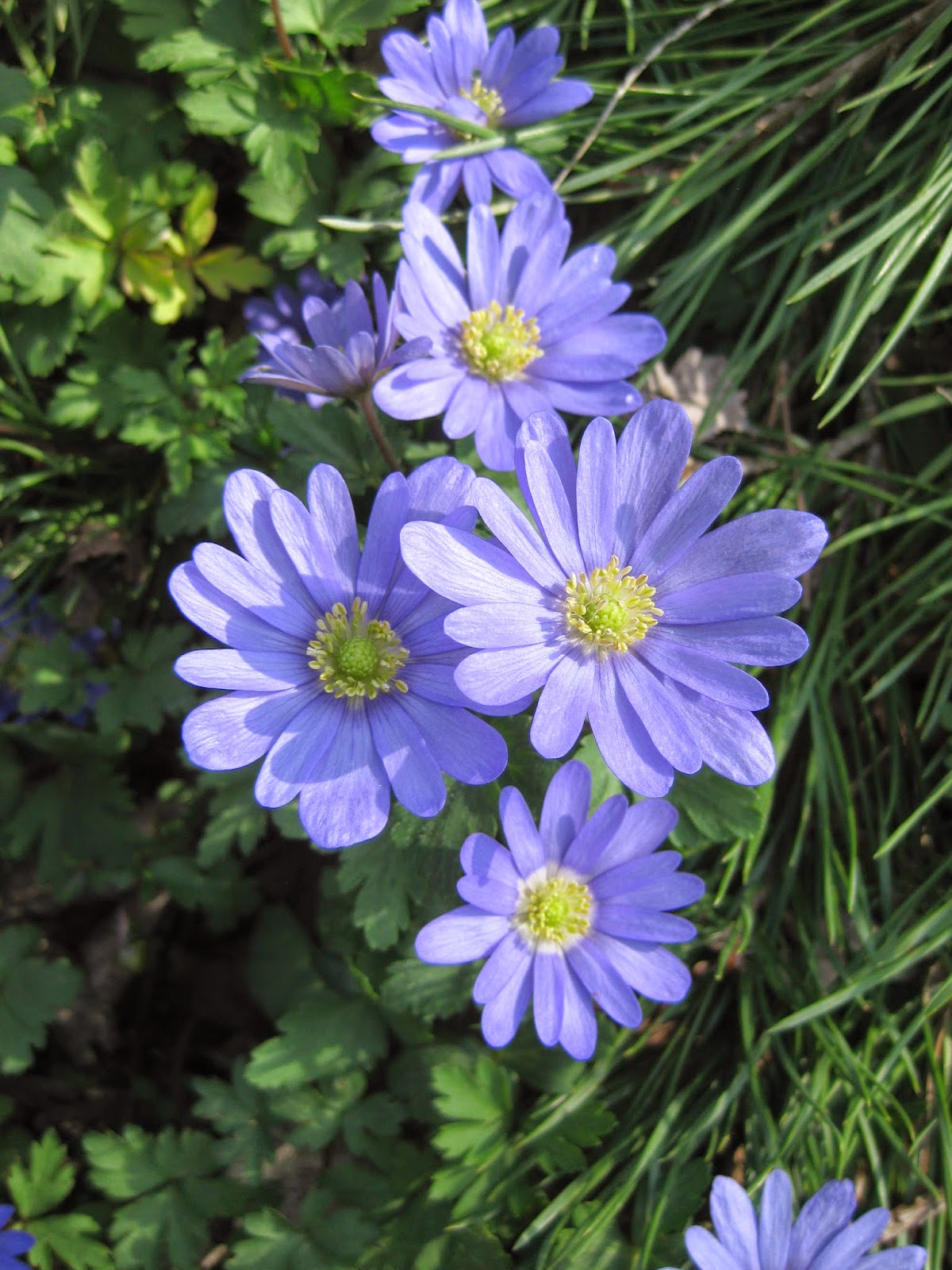 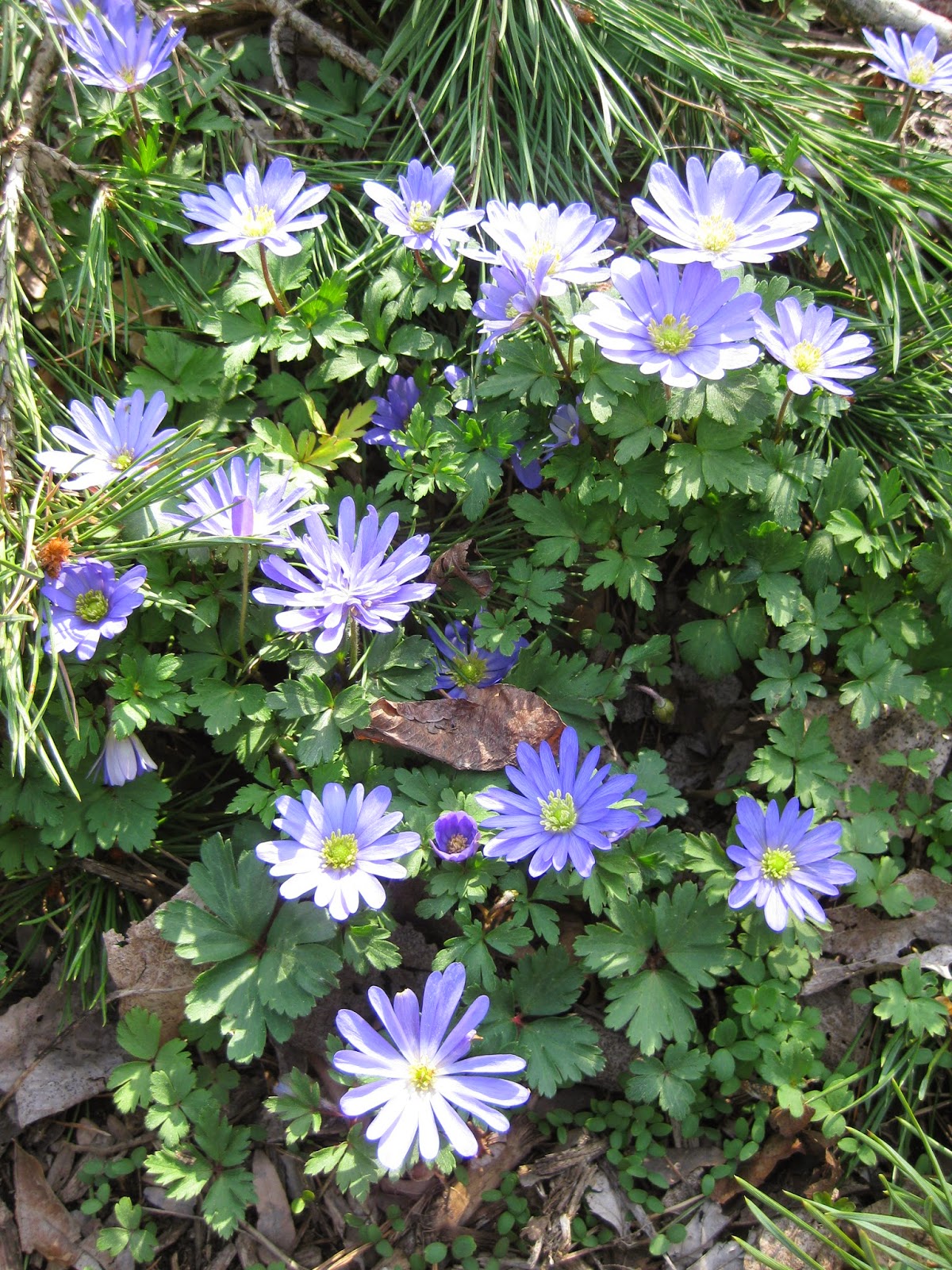 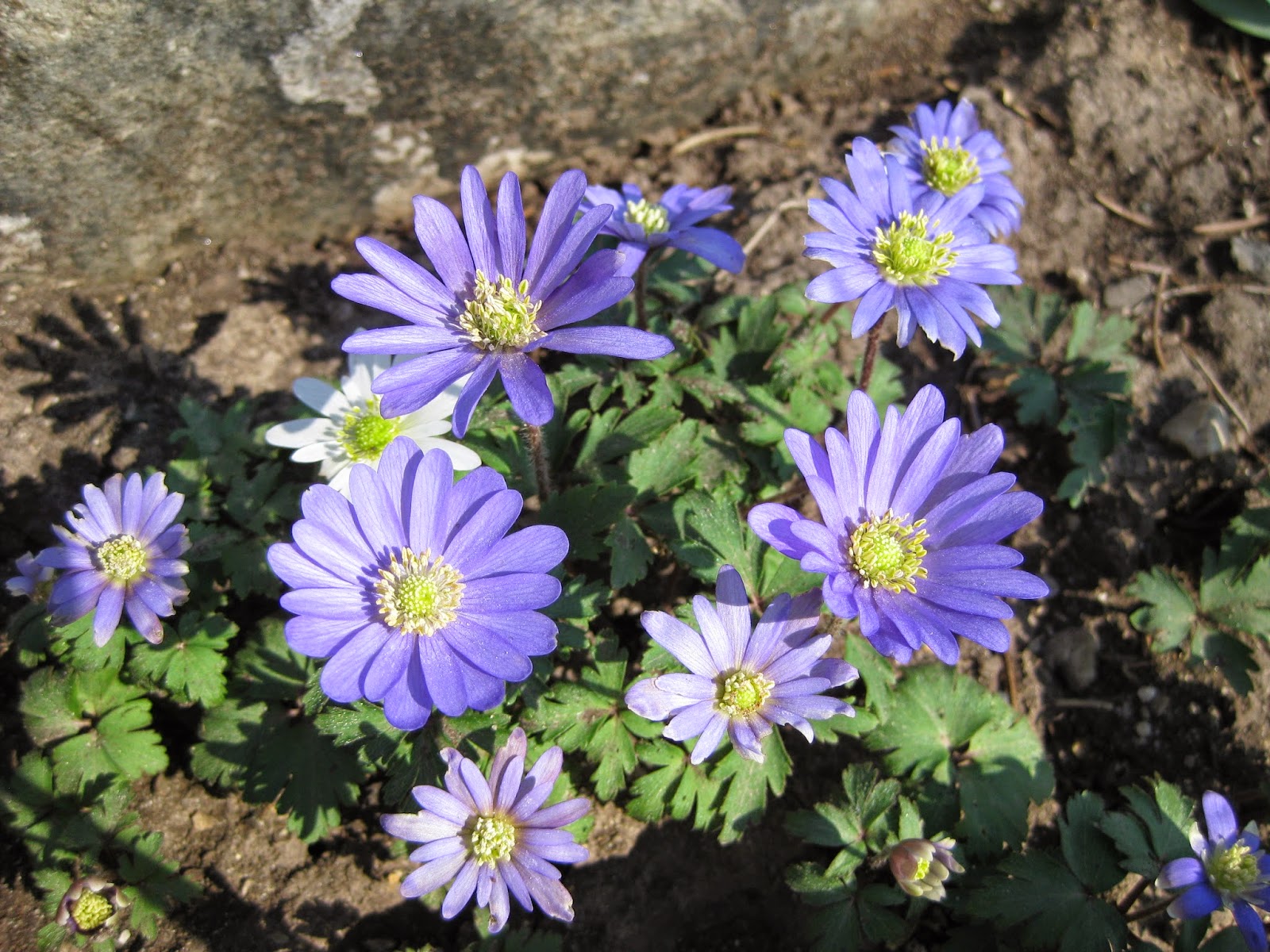 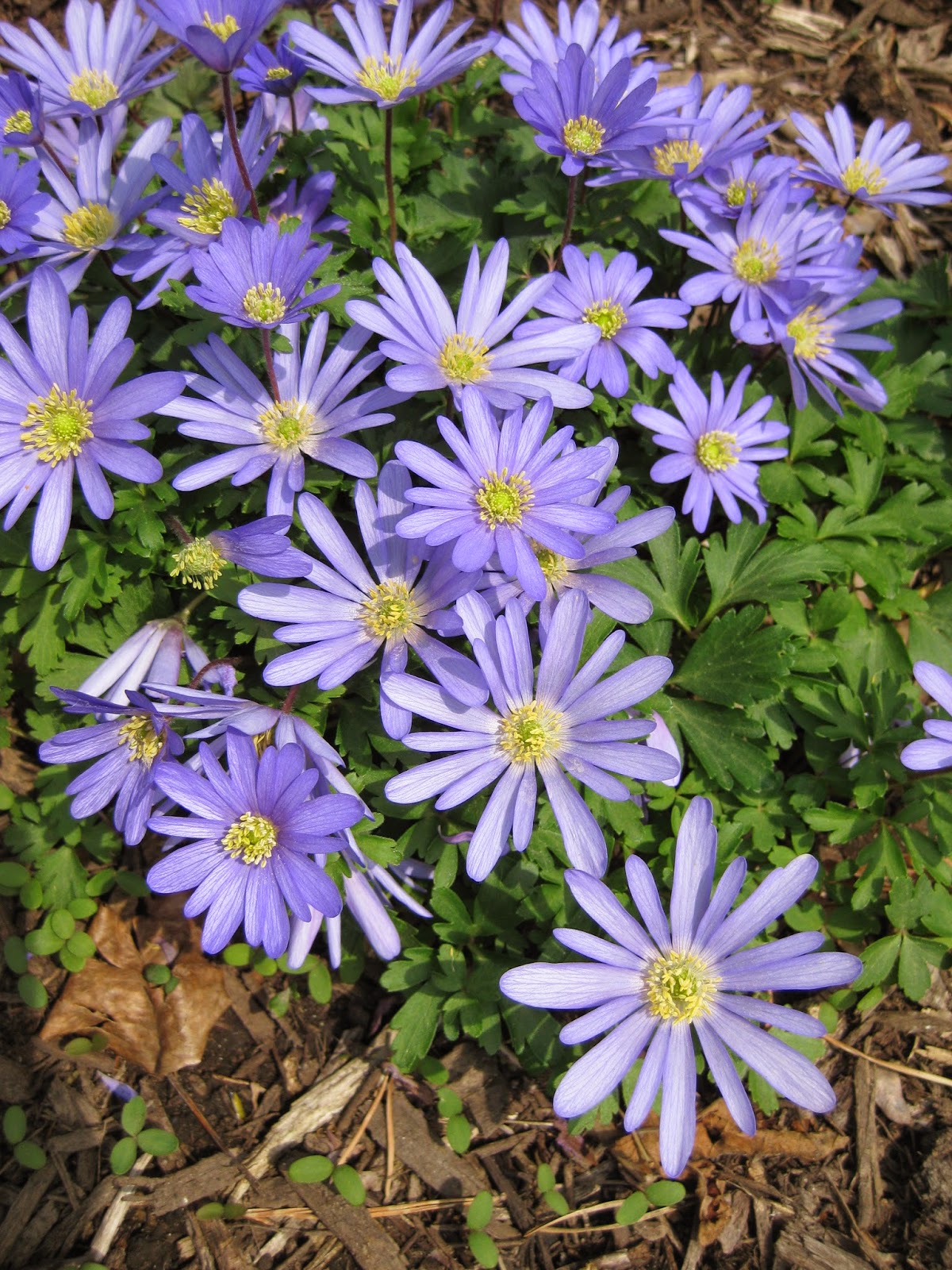 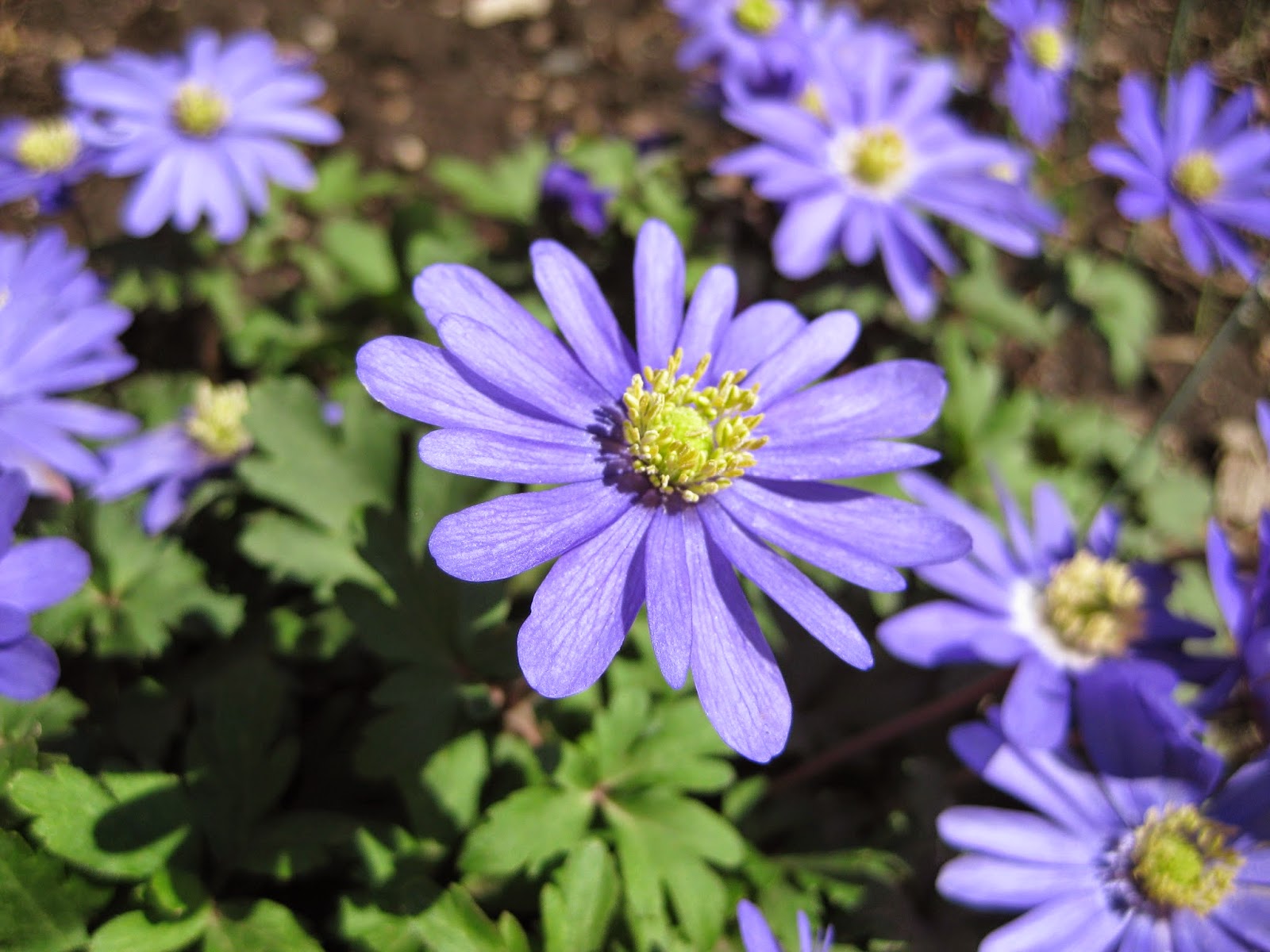 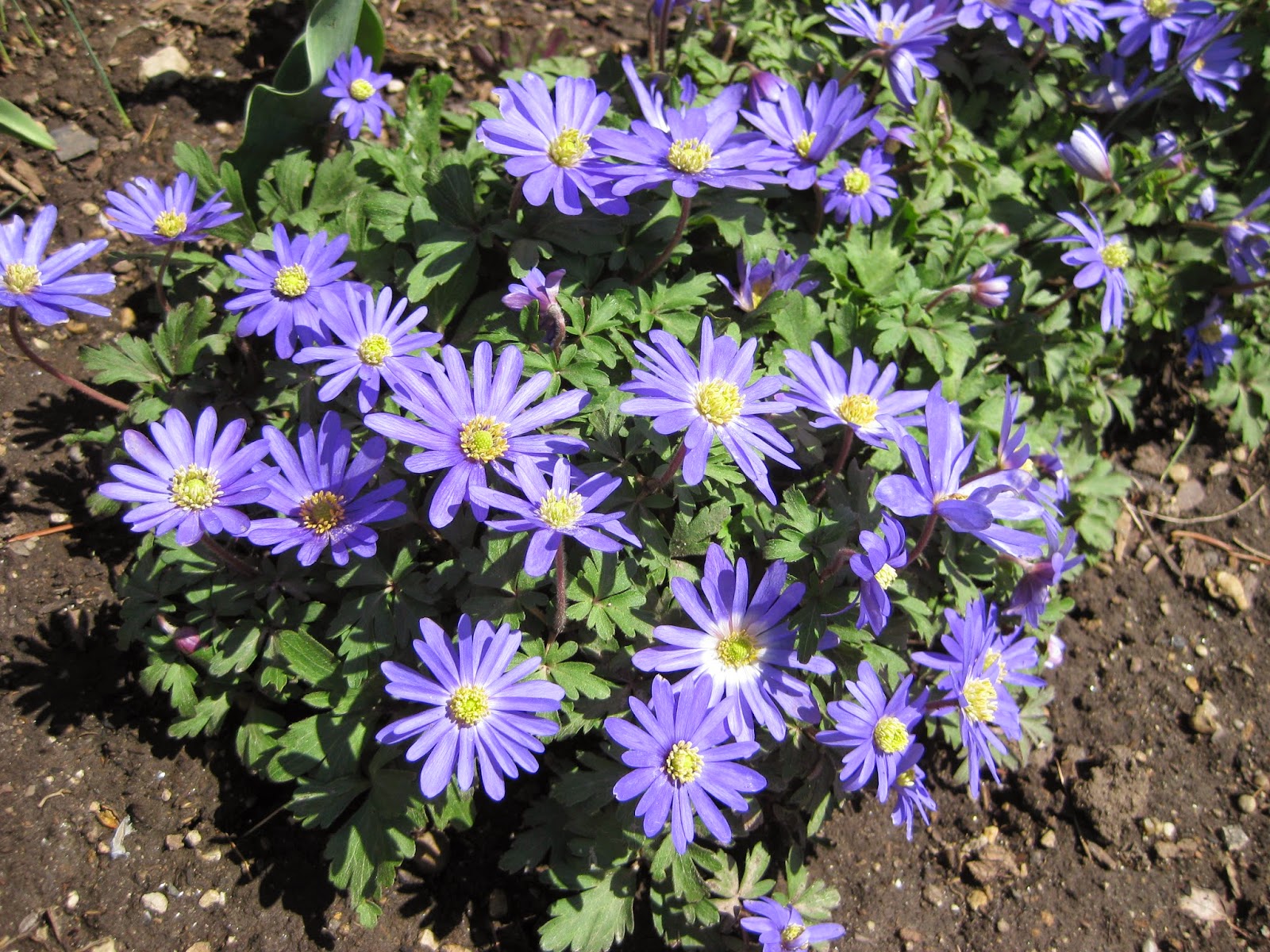 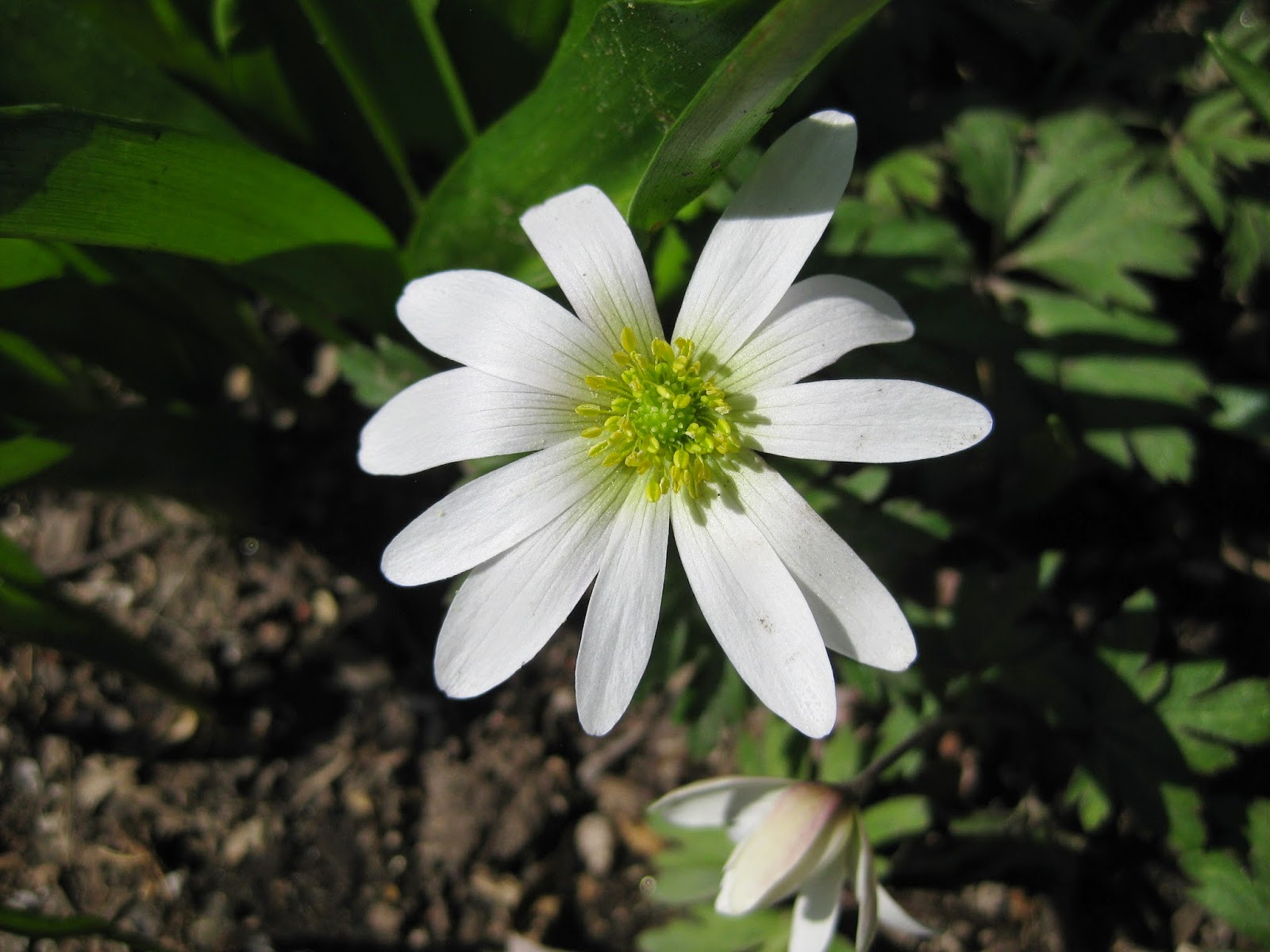 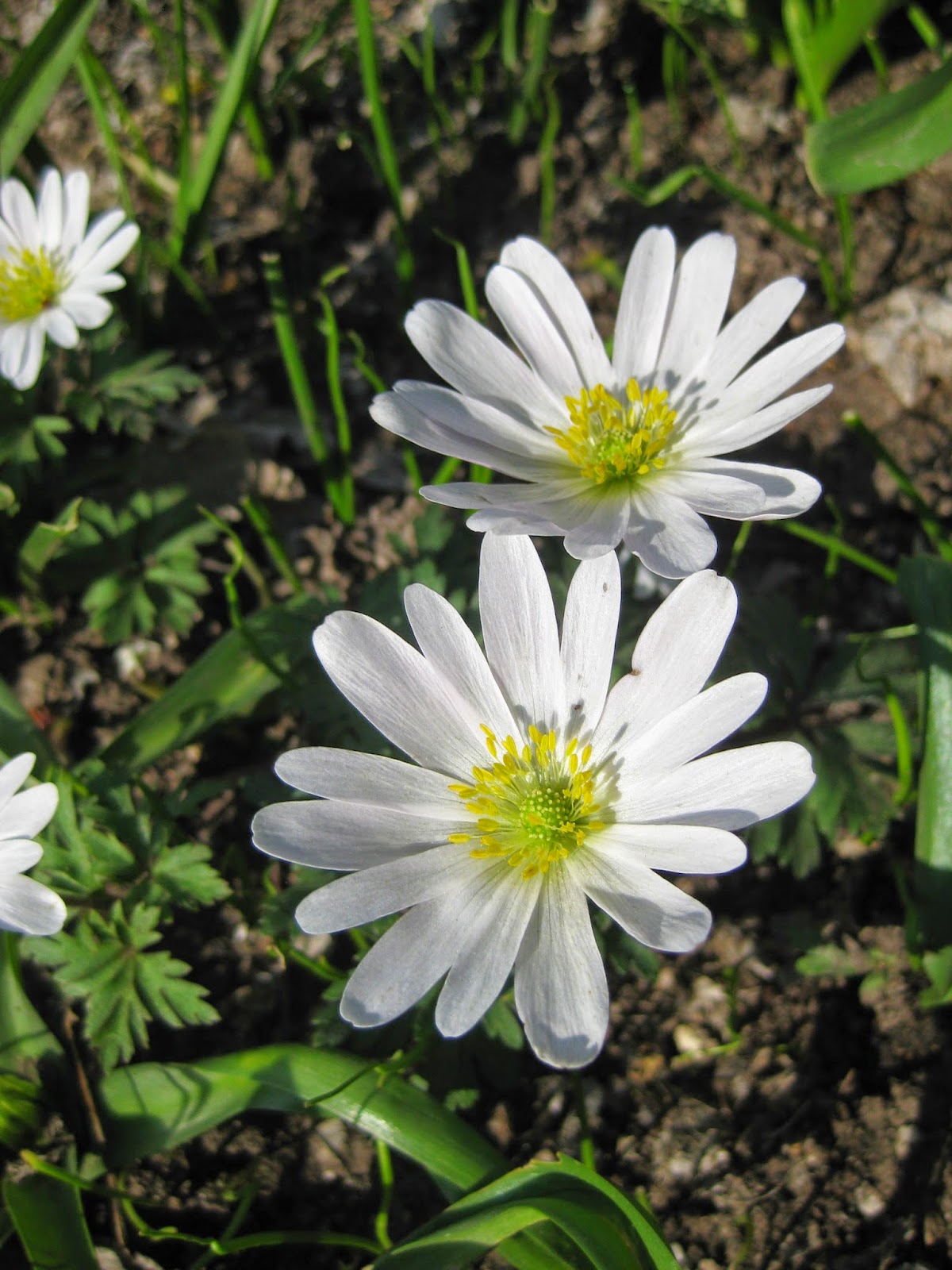 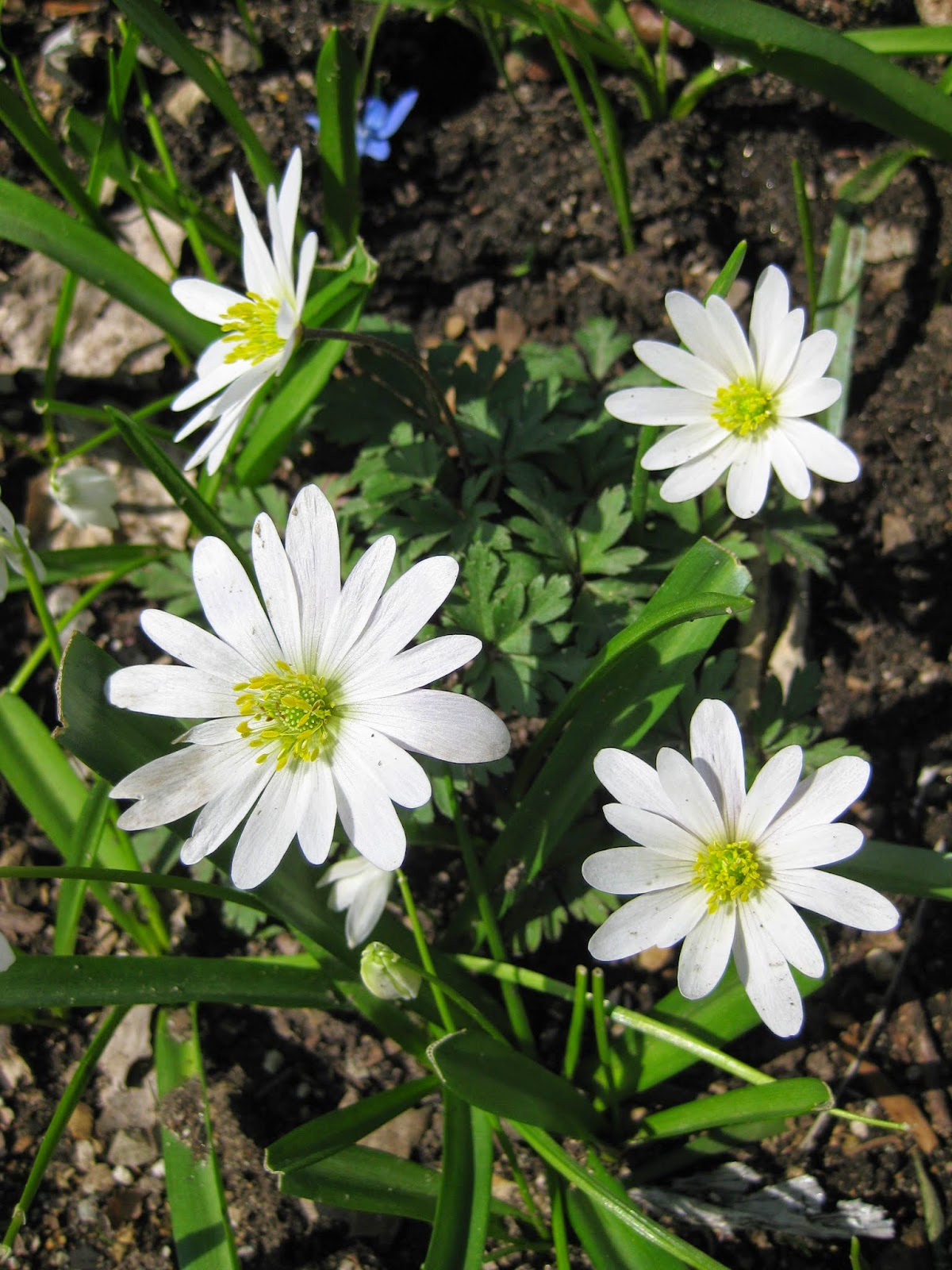 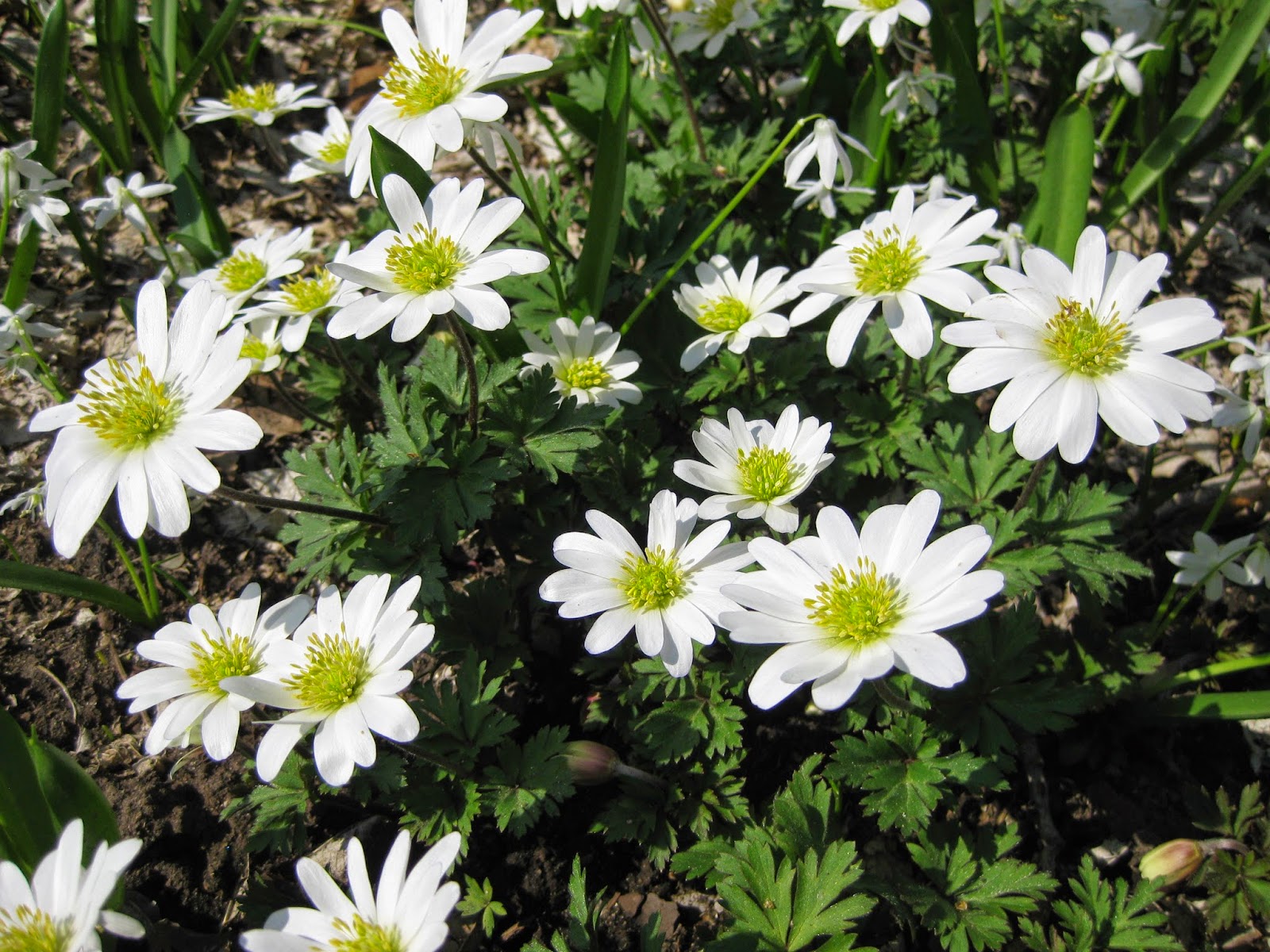 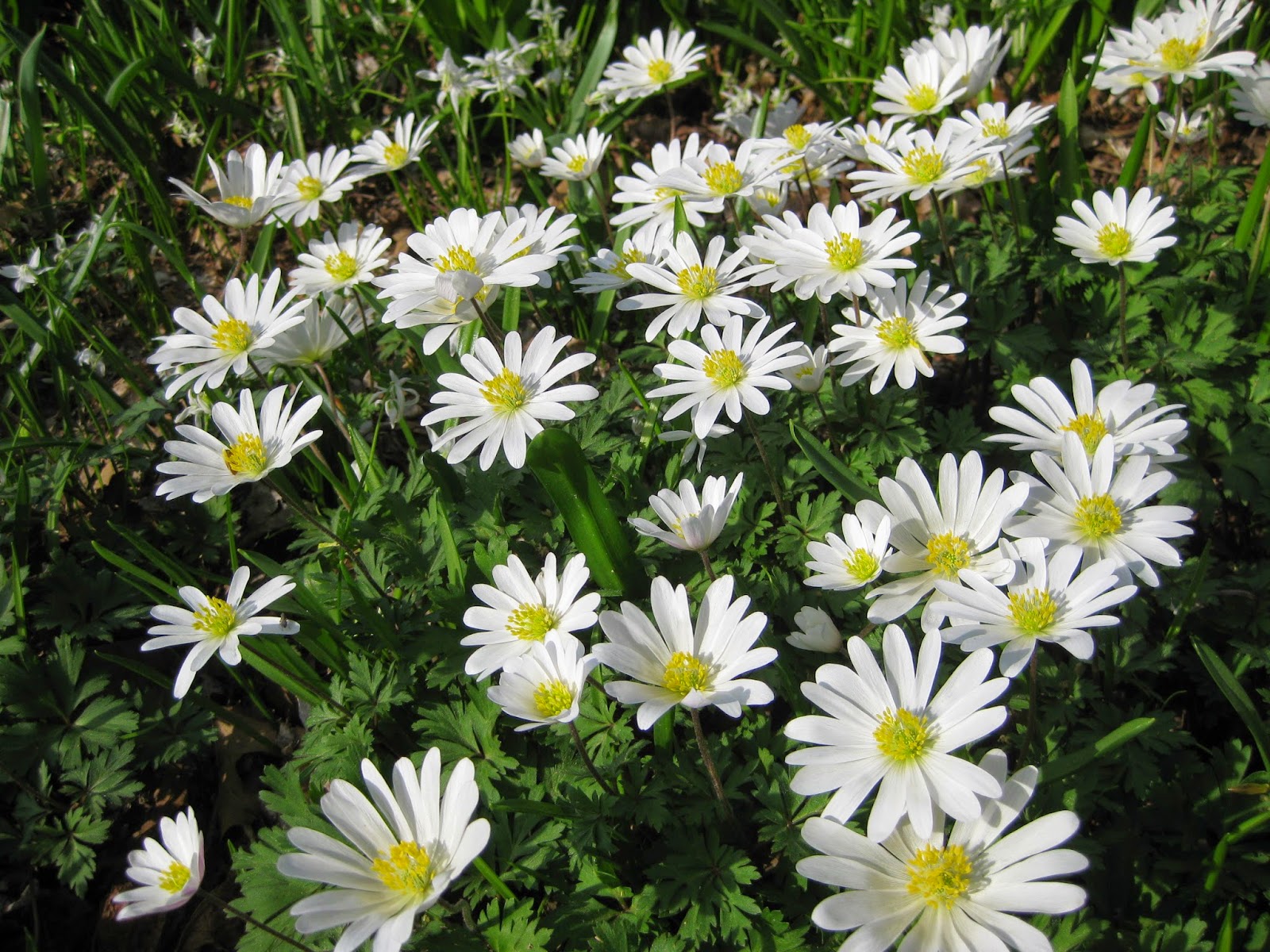 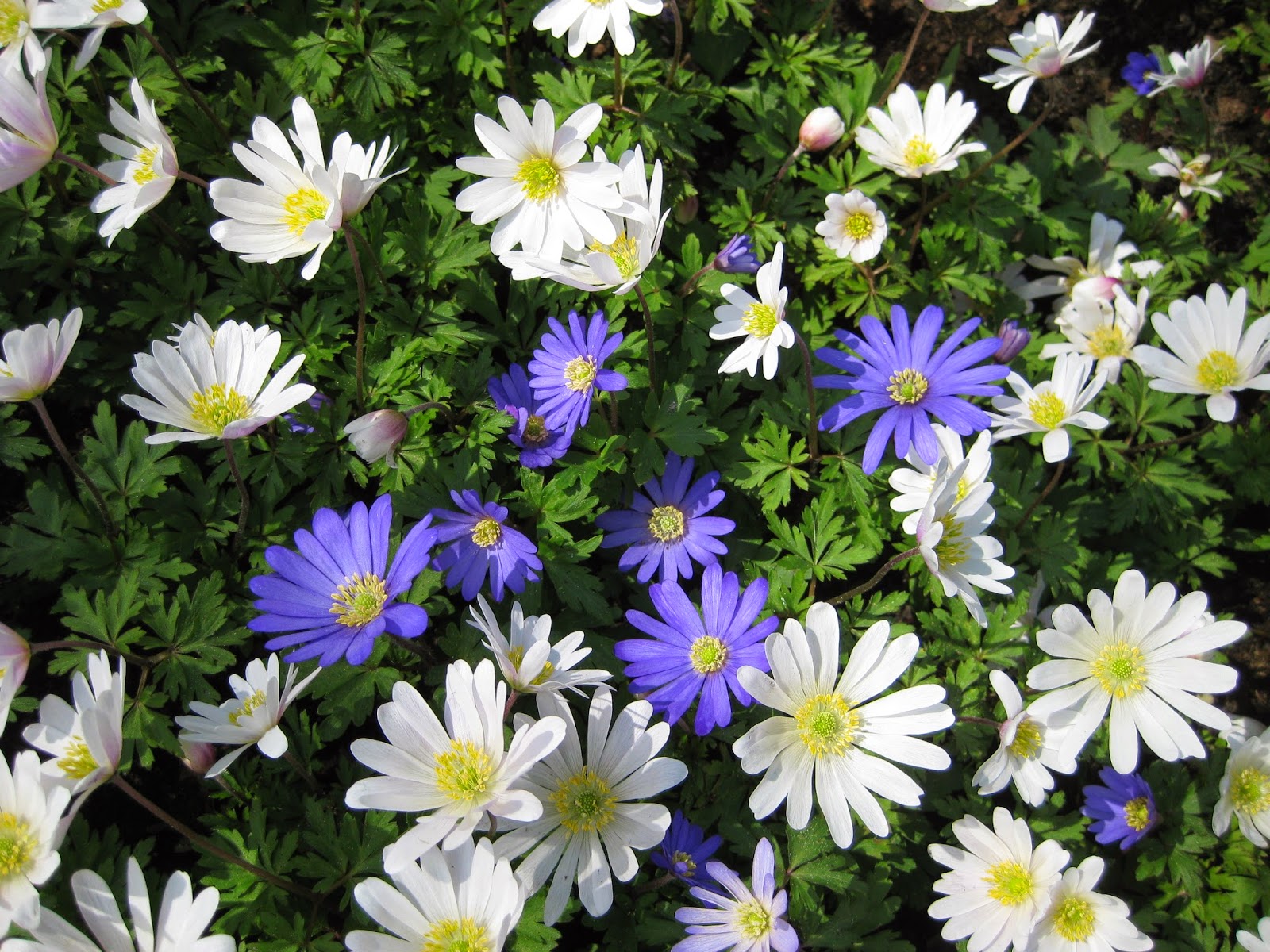 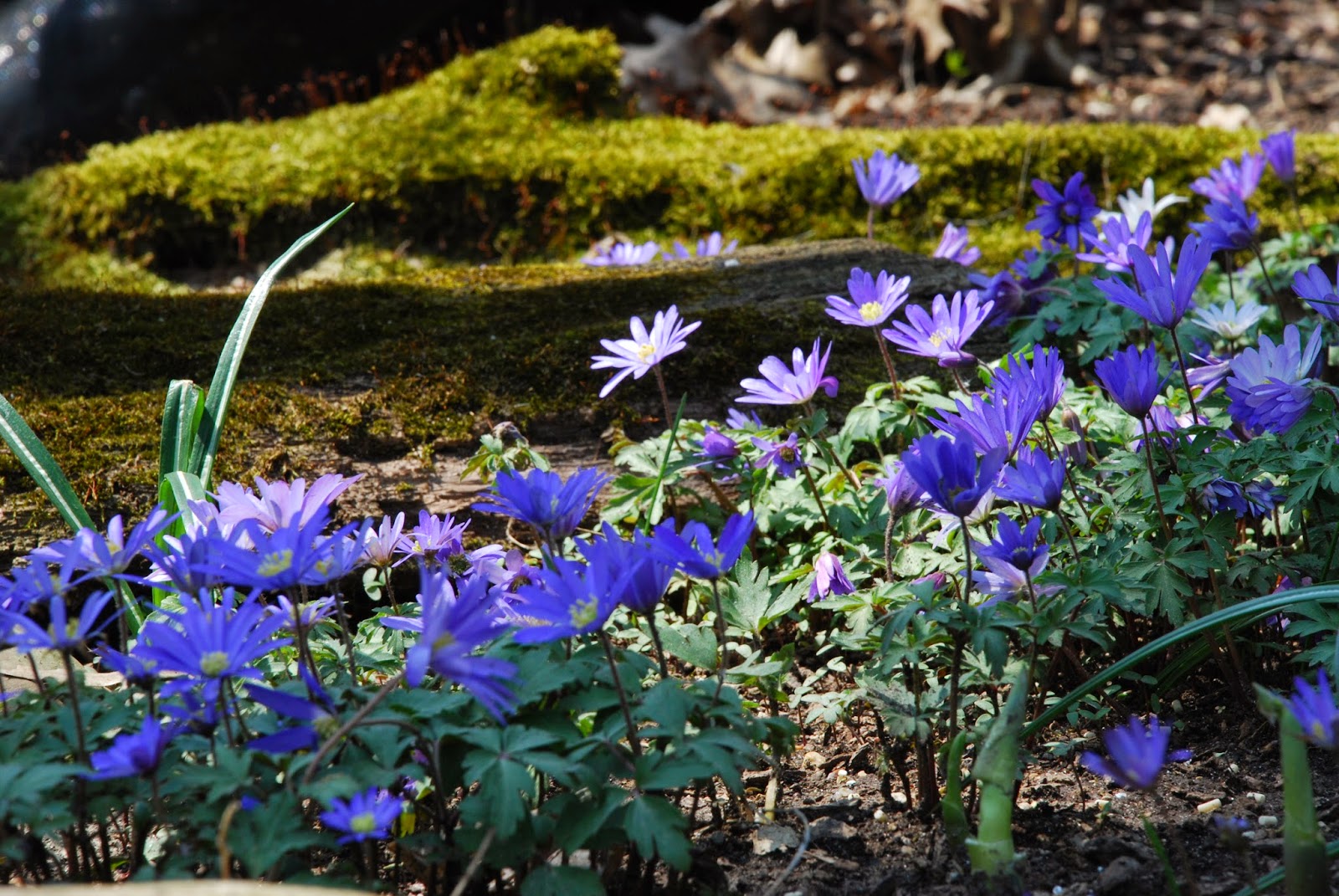 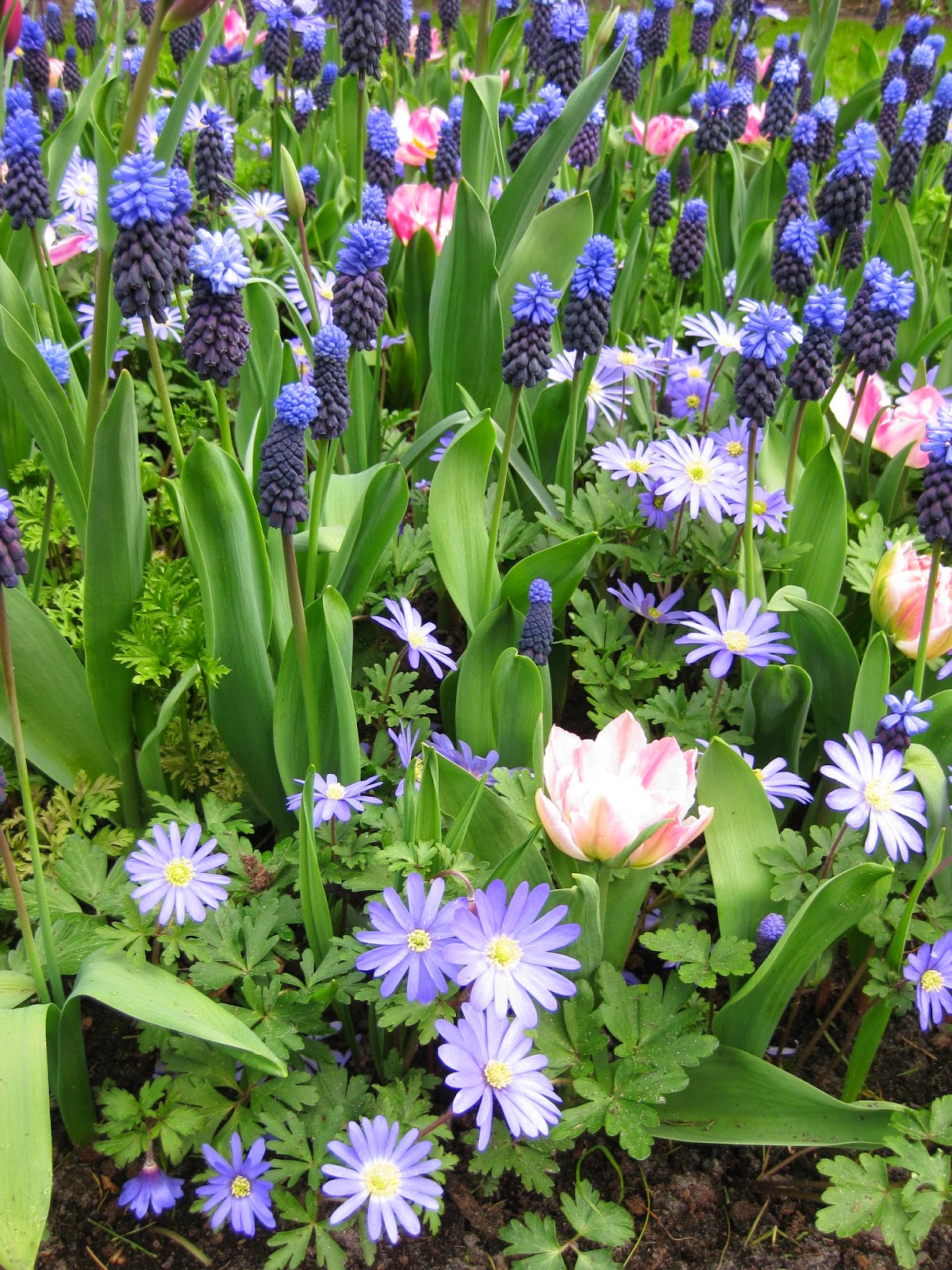 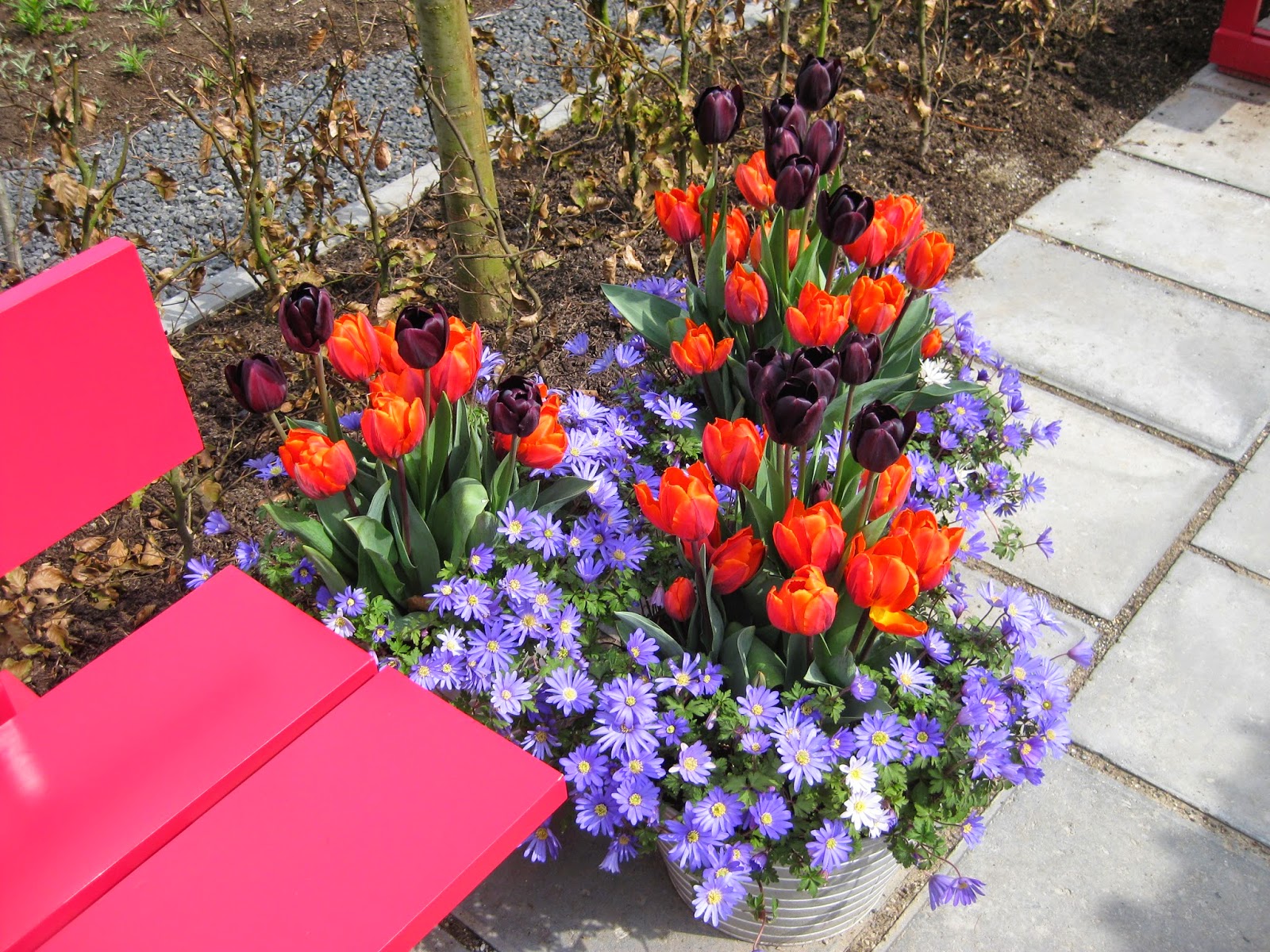